When suppressing immunity is a good thing

A receptor, first known for its role in mediating the harmful effects of the environmental pollutant dioxin in our body, is now understood to play other important roles in modulating the innate immune response.

Our immune system is vital as a protective mechanism against foreign agents, including viruses and bacteria. However, an exaggerated immune response can have damaging effects on the body, as is the case in autoimmune diseases, for example. The regulation of this system is thus important.

More than 35 years ago, researchers discovered the aryl hydrocarbon receptor (AHR) as the mediator of dioxin toxicity in the body. When dioxin enters the body, it binds to AHR, which in turn activates target genes that encode proteins, including one called TIPARP. This then goes on to play a role in the body’s reactions to the toxic pollutant.

Now, a team of scientists from Japan’s Hokkaido University together with colleagues from Canada and Norway have found that AHR also plays a role in regulating the body’s innate immune response to viral infections.

By analysing mouse cells deficient in AHR and comparing the results with cells containing AHR, they found that the activation of this receptor by amino acid metabolites negatively regulates the production of an antiviral protein called type I interferon (IFN-I). It does this by activating the gene that encodes the protein TIPARP, which in turn interferes with the pathway that stimulates interferon production upon viral infection. AHR-mediated “braking” mechanism may help protect the host from harmful effects caused by excessive IFN-I activation. Also, AHR might reduce the body’s immune response against viral infection during times of stress and nutritional impairments due to the production of substances that activate the receptor.

Identifying the substances and factors that regulate the pathways that are stimulated by AHR activation could have clinical implications for controlling pathological innate immune responses, the researchers say. 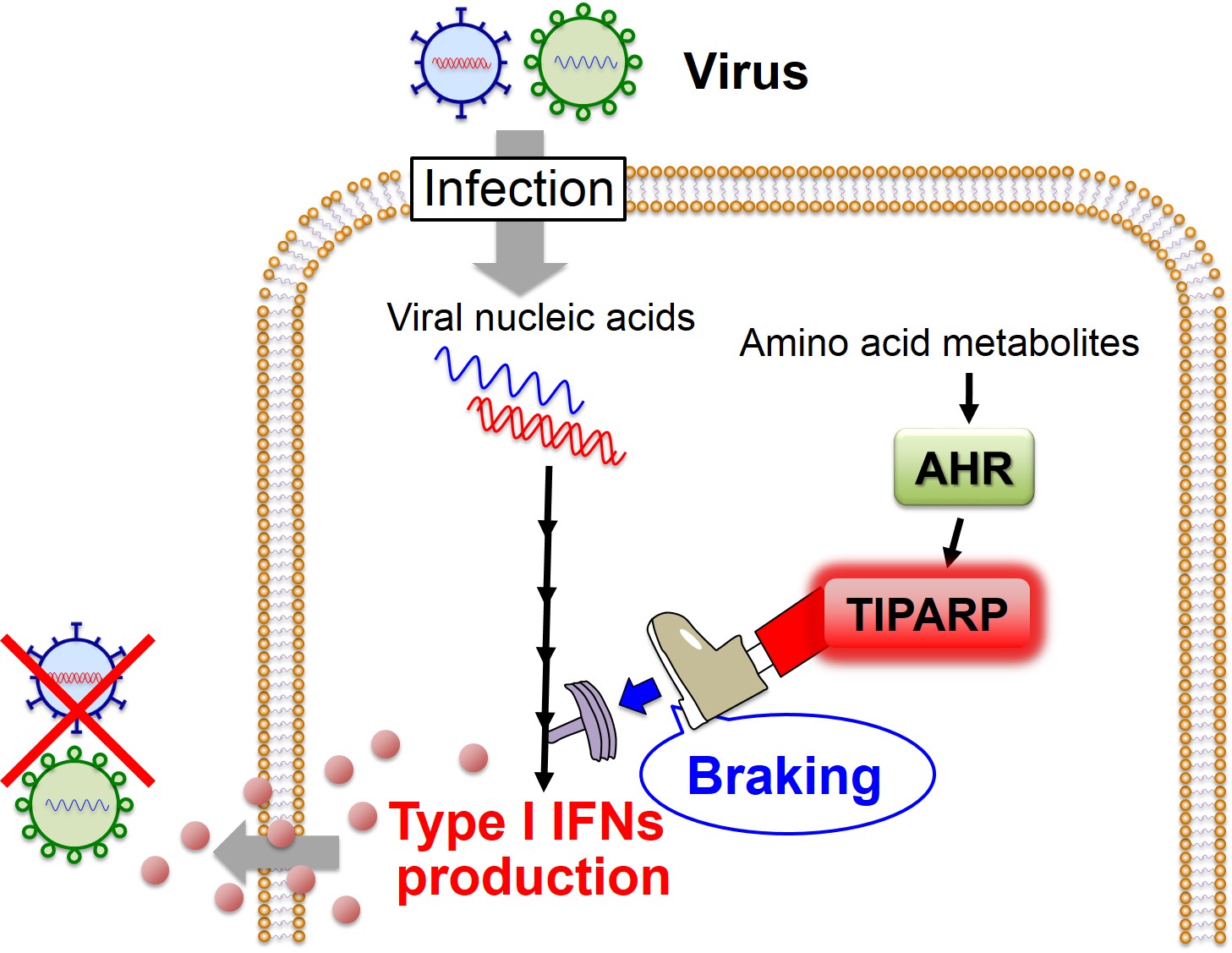