Scientists have successfully constructed a three-dimensional human epidermis based on predictions made by their mathematical model of epidermal homeostasis, providing a new tool for basic research and drug development.

The epidermal equivalent made from human epidermal cells now has excellent functionality as a barrier, according to results of the team’s experiments.

Experimental models of human epidermises are important research tools not only for basic studies on epidermal functions, skin diseases, and skin aging, but also for the development of drugs, cosmetics, and other products. Despite this, previous epidermal models have not sufficiently imitated a real human epidermis. For example, the use of epidermal cells in previous methods yielded epidermises which were too thin.

Using the model, the team conducted computer simulations and discovered that the thickness and structure of epidermises were influenced by the spatial distribution of epidermal stem cells and the structure of the basal layer on which they were seeded. The researchers hypothesized that, based on computer simulations, putting a texture, specifically sinusoidal undulations, on the bottom of the epidermal cells would yield thick epidermal equivalents.

The researchers used a culturing vessel which is available on the market and placed the basal layer made of polyester mesh with varying thread thicknesses and lattice densities to make its surface uneven. Human epidermal cells, or keratinocytes, were seeded on this layer. The cells were cultured for 12 days using a commercially available cell culture medium and an ordinary culture method to produce an epidermal equivalent.

The thickness, barrier functionality, and the number and distribution of proliferated cells of the epidermal equivalent were then studied. The results show that the epidermal model that has contact with the polyester mesh in the basal layer with an uneven surface yields a very thick epidermal model showing normal human epidermal cell characteristics. The measurement of trans-epidermal water loss (TEWL) indicated that the model has excellent barrier function. The TEWL was twice as high than that of those cultured without the use of the polyester mesh substrate.

“This thick, three-dimensional epidermal equivalent will be useful in unraveling the mechanisms behind skin diseases, including xeroderma that accompanies aging, and testing the effectiveness of transdermally administered medicines and cosmetics,” says Mituhiro Denda. “The results also support the idea that mathematical modeling of complex biological processes can have practical value in the fields of medicine and life science,” Masaharu Nagayama added. 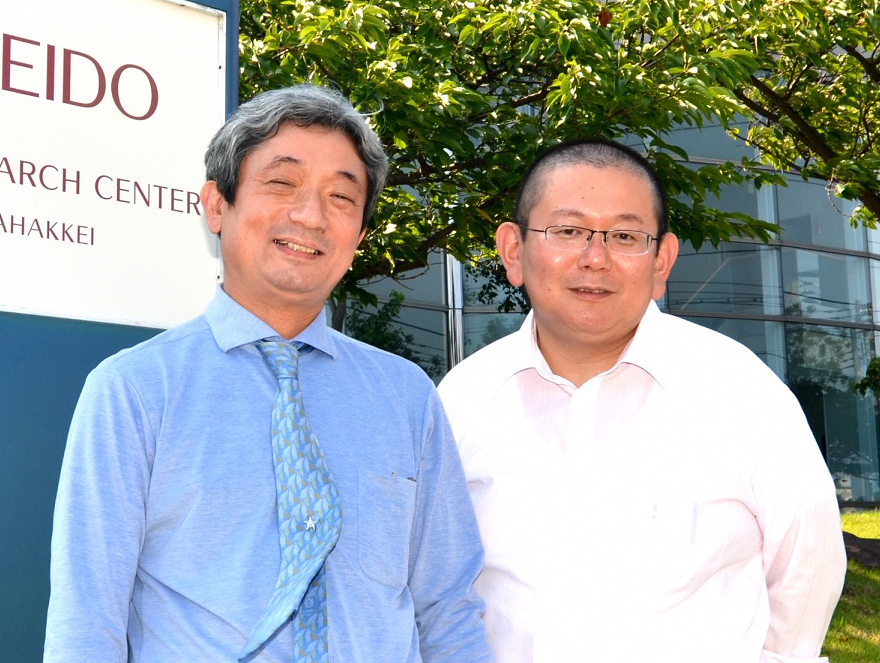 This study was supported by the Strategic Basic Research Programs (CREST) of the Japan Science and Technology Agency (JST) (JPMJCR15D2).