Philippine microsatellite DIWATA-2 has successfully captured initial images. Launched last autumn, it is the second microsatellite designed and developed under a collaborative project between Hokkaido University, Tohoku University, the Advanced Science and Technology Institute (DOST-ASTI), and the University of the Philippines-Diliman (UPD). 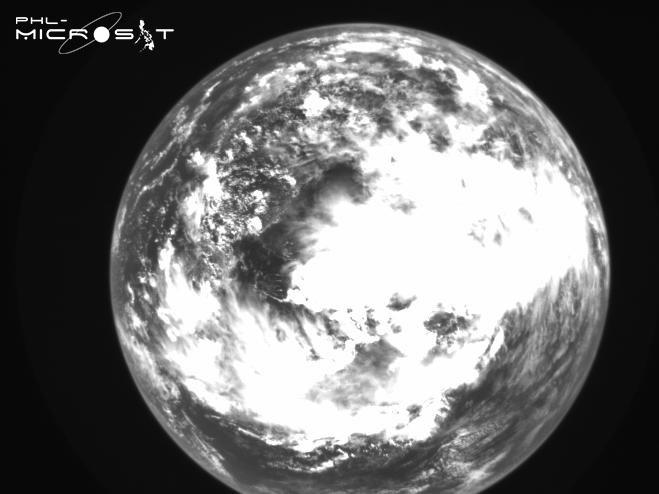 This image of cloudy skies taken over the South China Sea on November 6th, 2018 was the first captured by the DIWATA-2’s Wide Field Camera (WFC). (Credit: PHL-Microsat Program)

Microsatellites have attracted worldwide attention due to several advantages they have over traditional satellites, including their cost-efficiency, making their development and operation affordable for smaller countries.

The microsatellite DIWATA-2 was launched by H-IIA rocket from Japan’s Tanegashima Space Center on October 29th, 2018. Featuring improved operation features and technology of its predecessor, the DIWATA-1, the handling of the DIWATA-2 has been extremely smooth, with the satellite being able to send high-quality images back to Earth.

DIWATA-2 carries 5 types of optical payloads, including a spectral camera capable of sensing 590 spectral bands; the highest in the world. In addition to these cameras, the satellite has a target pointing capability which allows a constant observation of a specific location from its attitude control, and also can increase the observation frequency accordingly. 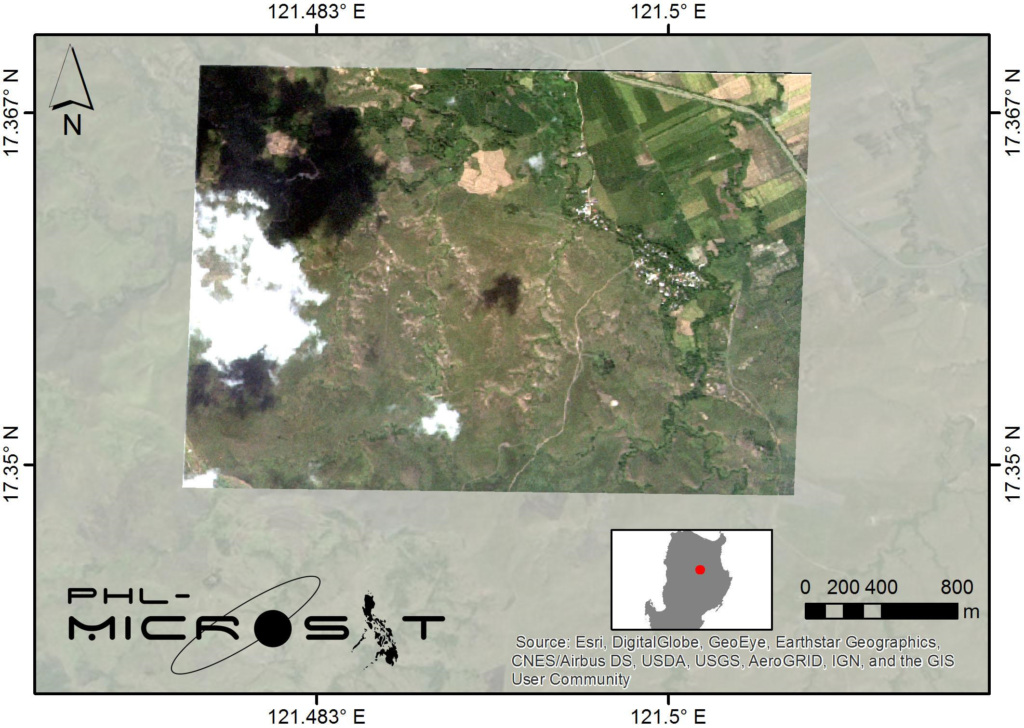 This photo was taken on November 14th, 2018 above the Province of Kalinga, Philippines using a high precision telescope (HPT) equipped on the DIWATA-2. The ground resolution for this telescope reaches 5 meters. (Credit: PHL-Microsat Program)

DIWATA-2 was developed as part of the PHL-Microsat Program, a Philippine government program that aims to build, launch, and utilize two Earth observation microsatellites to make effective use of disaster monitoring, and natural resource management. The program is managed and operated by the Philippine Council for Industry, Energy, and Emerging Technology Research and Development (PCIEERD), but was made possible through close collaboration between Hokkaido University and Tohoku University in Japan, DOST-ASTI, and UPD. As part of the program, both Hokkaido University and Tohoku University admitted Filipino researchers and students as graduate students to help them develop the skills needed to develop, create, operate, and analyze a satellite program from scratch. 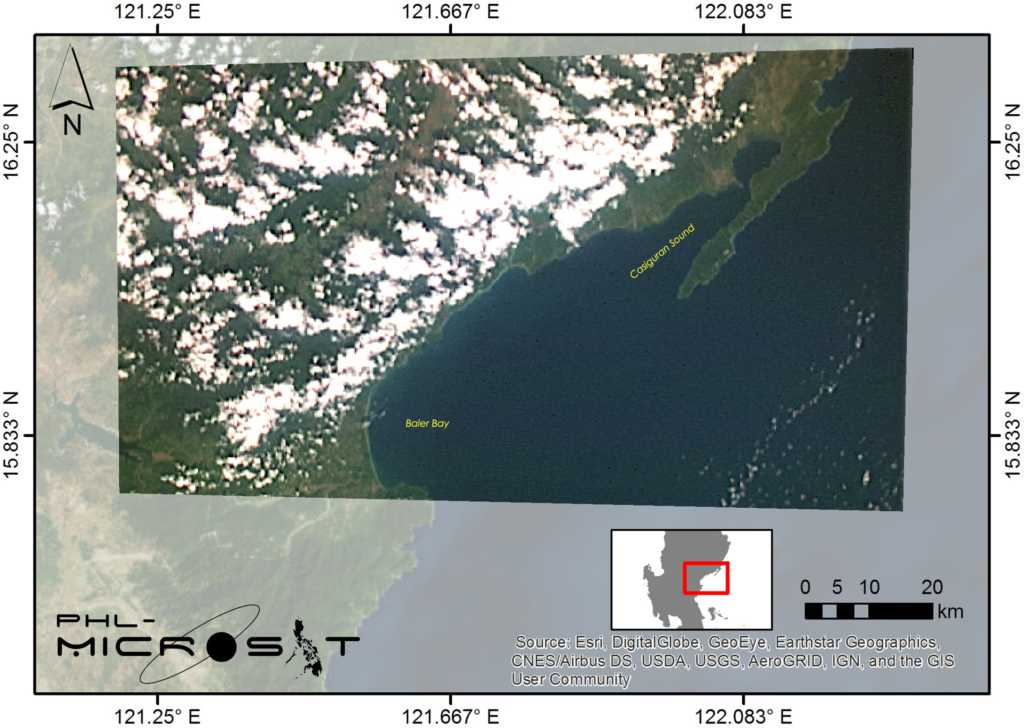 This photo was taken over the area near Casiguran, Philippines, on November 15th, 2018, utilizing the DIWATA-2’s Spaceborne Multispectral Imager (SMI). (Credit: PHL-Microsat Program)

The control, operation, and acquisition of satellite data of both DIWATA-1 and DIWATA-2 are currently being handled by the Philippine Earth Data Resource Observation Center (PEDRO), which is managed by the DOST-ASTI. Cameras onboard the DIWATA-1 can detect outbreaks of blight in banana groves — a major cause of economic damage in the country — from space. This was the first time in the world satellite technology has been successfully used for this purpose, one of many prominent results.

Together with Tohoku University, the Hokkaido University team that worked on the development of DIWATA-1 and DIWATA-2 have successfully created and launched 4 microsatellites in total. In addition, they are making progress toward the establishment of the “Asian Micro-satellite Consortium”, proposed to be an international network made up of 9 member countries and 16 institutions. Together, the group aims to create, launch, and operate a network of microsatellites capable of relaying real-time information on natural disasters around the globe.