The swarming behavior of about 100 million molecular machines can be controlled by applying simple mechanical stimuli such as extension and contraction. This method could lead to the development of new swarming molecular machines and small energy-saving devices.

The swarming molecules in motion aligned in one direction, exhibited zigzag patterns, or formed a vortex responding to varying mechanical stimuli. They could even self-repair the moving pattern after a disruption, according to a study led by Hokkaido University scientists.

In recent years, many scientists have made efforts to miniaturize machines found in the macroscopic world. The 2016 Nobel laureates in chemistry were awarded for their outstanding research on molecular machines and design and synthesis of nanomachines.

In previous studies, the research team led by Associate Professor Akira Kakugo of Hokkaido University developed molecular machines consisting of motor proteins called kinesins and microtubules, which showed various swarming behaviors. “Swarming is a key concept in modern robotics. It gives molecular machines new properties such as robustness and flexibility that an individual machine cannot have,” says Akira Kakugo. “However, establishing a methodology for controlling swarming behaviors has been a challenge.”

The molecular machines comprising microtubules and kinesins. Microtubules run on the kinesins attached on the surface of a silicone elastomer. (Daisuke I. et al., ACS Nano. October 4, 2019)

In the current study published in ACS Nano, the team used the same system comprising motor protein kinesins and microtubules, both bioengineered. The kinesins are fixed on an elastomer substrate surface, and the microtubules are self-propelled on the kinesins, powered by the hydrolysis of adenosine triphosphate (ATP).

“Since we know that applying mechanical stress can play a key role in pattern formation for active matters, we investigated how deformation of the elastomer substrate influences the swarming patterns of molecular machines,” says Akira Kakugo.

The microtubules formed wave patterns when no stress is applied (left). When the elastomer substrate is expanded and contracted, they turned into an aligned pattern (middle) or a zigzag pattern (right). (Daisuke I. et al., ACS Nano. October 4, 2019)

Their computer simulation suggested that the orientation angles of microtubules correspond to the direction to attain smooth movement without buckling, which is further amplified by the collective migration of the microtubules. 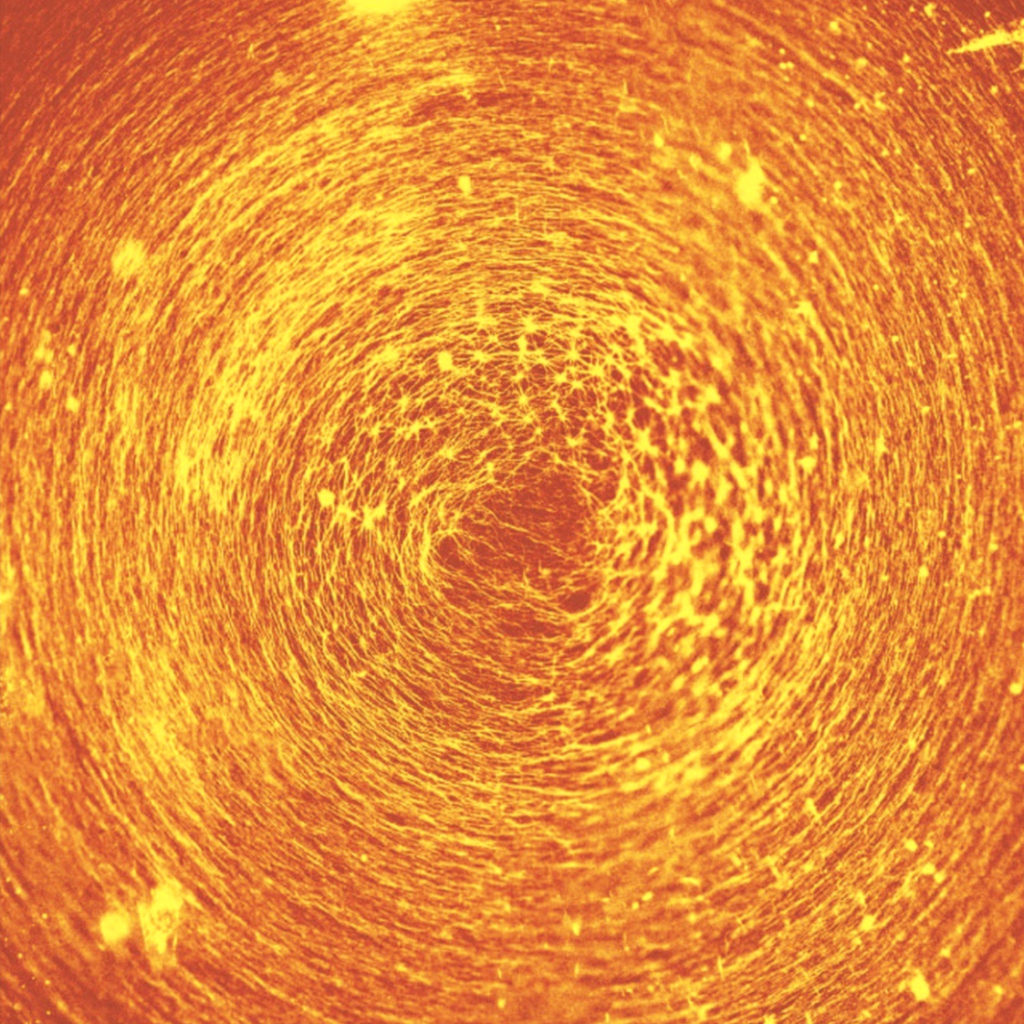 A large vortex was formed under radial strain on the substrate. (Daisuke I. et al., ACS Nano. October 4, 2019)

Another important finding was that the moving pattern of microtubules can be modulated by applying new mechanical stimuli and it can be self-repaired even if the microtubule arrangement is disturbed by scratching a part of it.

“Our findings may contribute to the development of new molecular machines that perform collective motion and could also help advance technologies for energy-saving small devices,” Akira Kakugo commented.

This study was conducted in collaboration with scientists at the Tokyo Institute of Technology, Gifu University, and Columbia University. 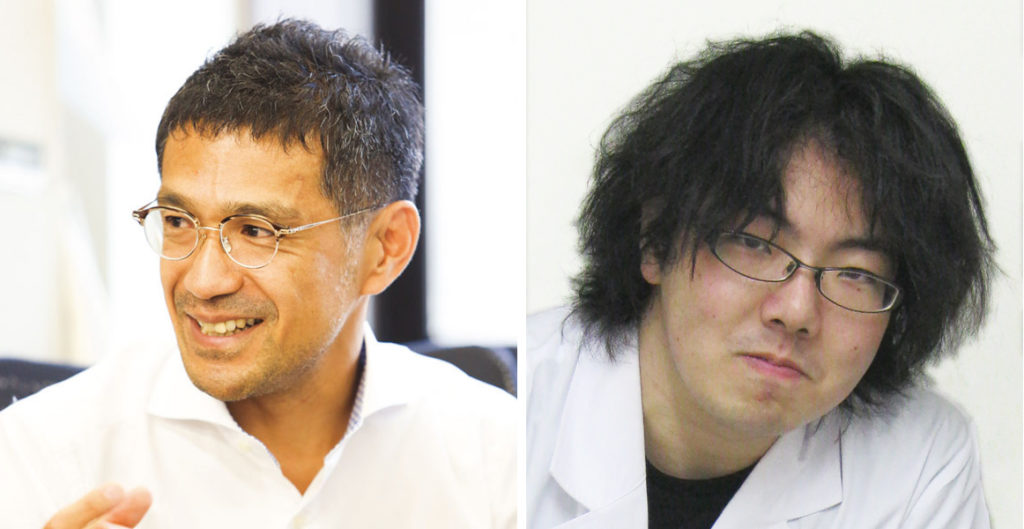