Abnormally high levels of DNA methylation have been identified in dogs exposed to high levels of lead near a mining area in Kabwe, Zambia, by a team of scientists from Japan and Zambia. 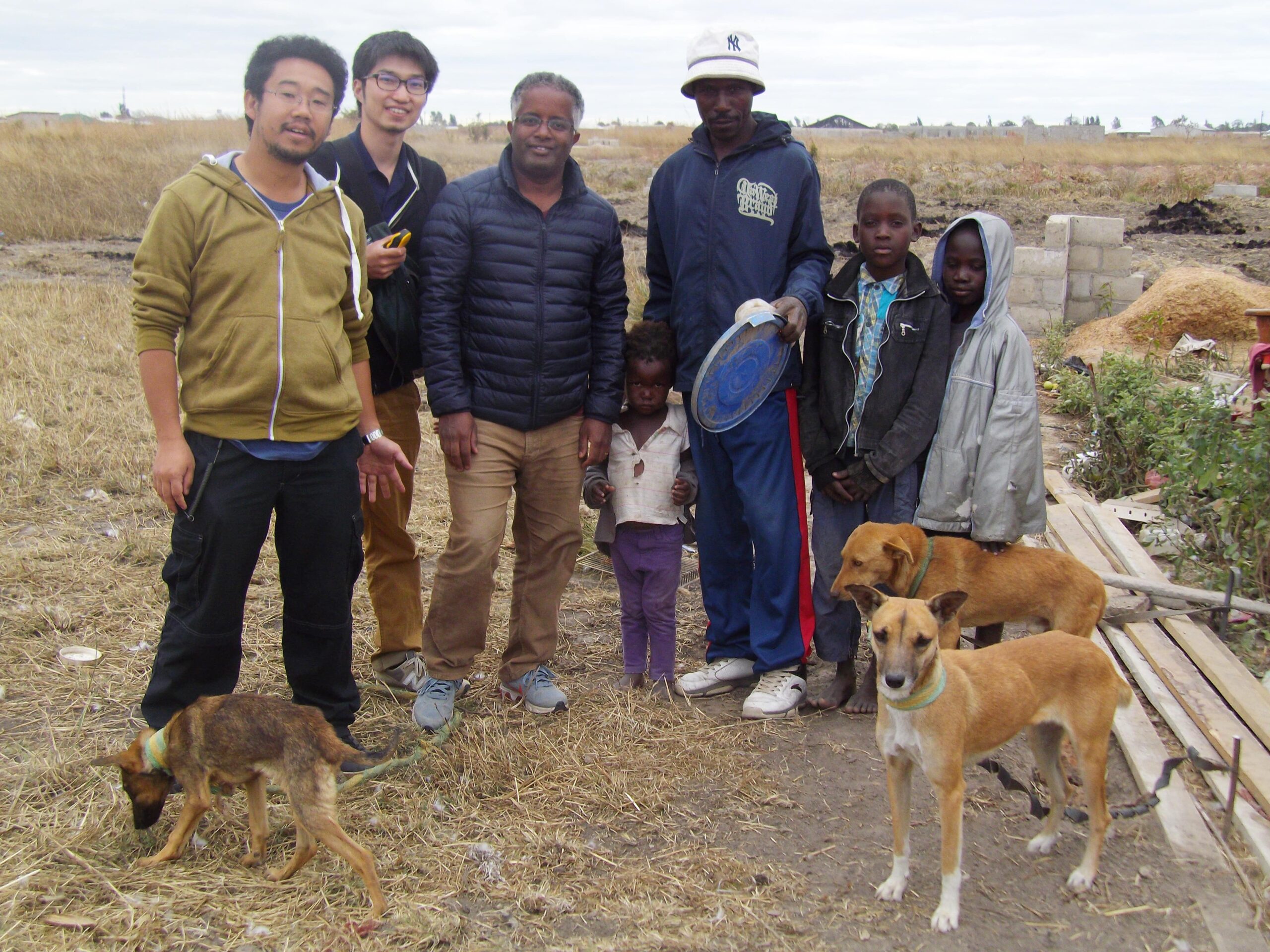 Epigenetics is the study of changes in gene activity which are not caused by changes in DNA sequences. ​​DNA methylation—the addition of methyl groups to DNA—is the most well-known epigenetic modification. Lead exposure is known to cause epigenetic changes, and understanding these changes will help to more completely understand the impact and consequences of lead toxicity. This is especially important as epigenetic changes could affect multiple generations.

A team of researchers from Japan and Zambia, including Hokkaido University’s Associate Professor Jumpei Yamazaki and Assistant Professor Shouta M. M. Nakayama,  have identified abnormally high levels of DNA methylation in dogs exposed to high levels of lead near a mining area in Kabwe, Zambia. Their research was published in the journal Environmental Pollution.

From the blood samples, DNA was extracted and comprehensively analyzed by a next-generation sequencer using a method called Canine DREAM (digital restriction enzyme analysis of methylation) developed by the team, to discover changes in DNA methylation among the high- and low-exposure groups.

The analyses identified 827 sites in the dog genomes that exhibited differences in DNA methylation between and the low-exposure and high-exposure groups. Sites with increased methylation (hypermethylated sites) were mostly seen in the group of high-exposure dogs. Furthermore, 26 of these sites were associated with promoters, DNA sequences essential for the expression of genes, including a promoter for the gene involved in nerve growth. A validation study conducted on another group of 20 dogs in the same area showed a similar result. 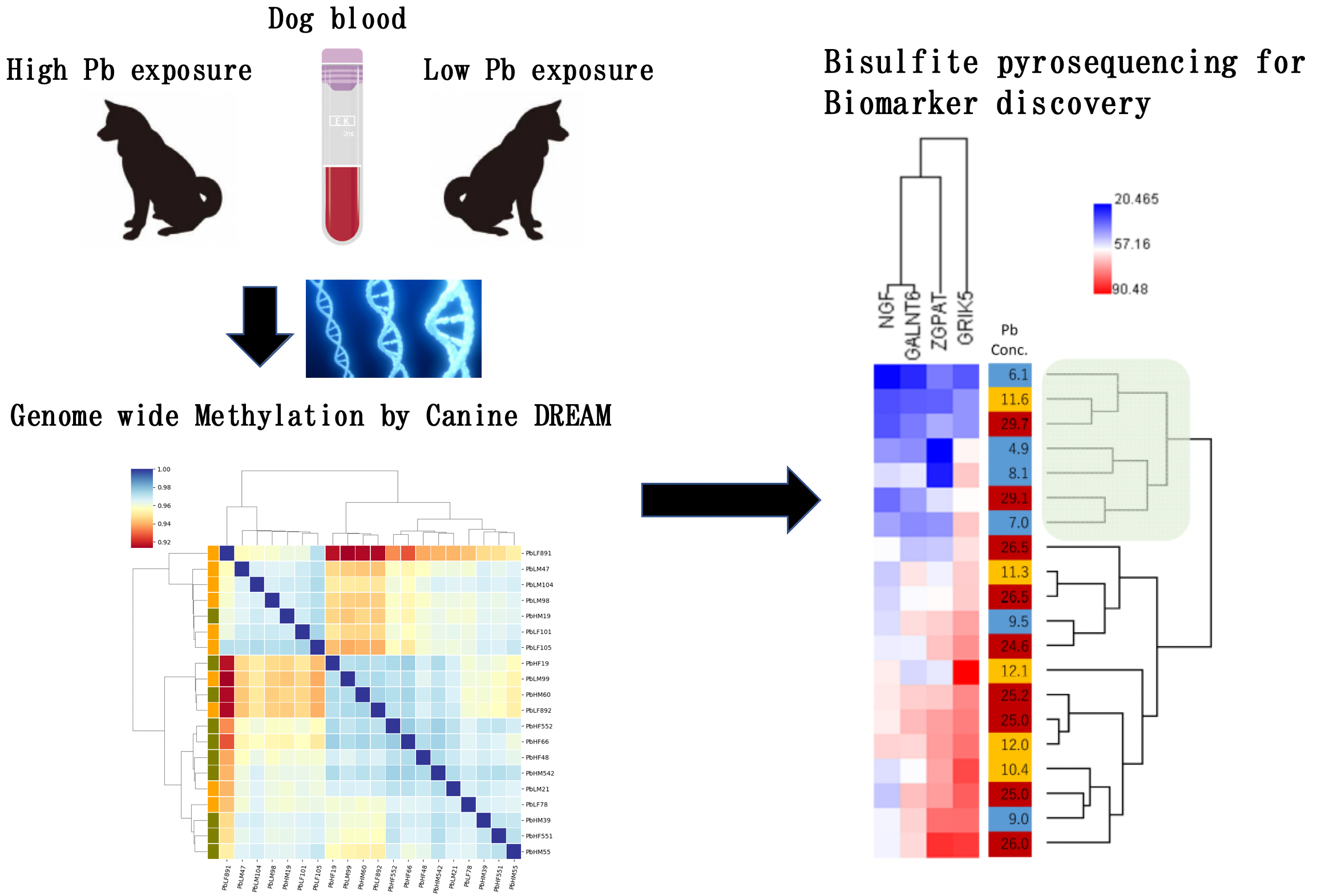 Blood samples collected from the dogs were subjected to genome-wide DNA methylation analysis by Canine DREAM (left top). Analysis of the data helped to identify key genes with lead-induced hypermethylation (left bottom); four such genes are validated in another set of dogs (right). Low methylation is indicated in blue, intermediate in yellow and high in red; most of the low methylation samples were associated with dogs with low lead exposure (​​Jumpei Yamazaki, et al. Environmental Pollution. May 3, 2021).

The study suggests that hypermethylation, which is known to be associated with suppressed gene expressions, is highly affected by lead. It also validates previous studies that have shown that lead poisoning is linked to epigenetic alterations, especially DNA methylation.

The study suggests that similar epigenetic alterations could occur in humans and other animals. This could pave the way for the development of a new biomarker and treatment for lead-poisoning, a serious health problem seen around the world which causes symptoms including neurotoxicity, especially among babies and young children. 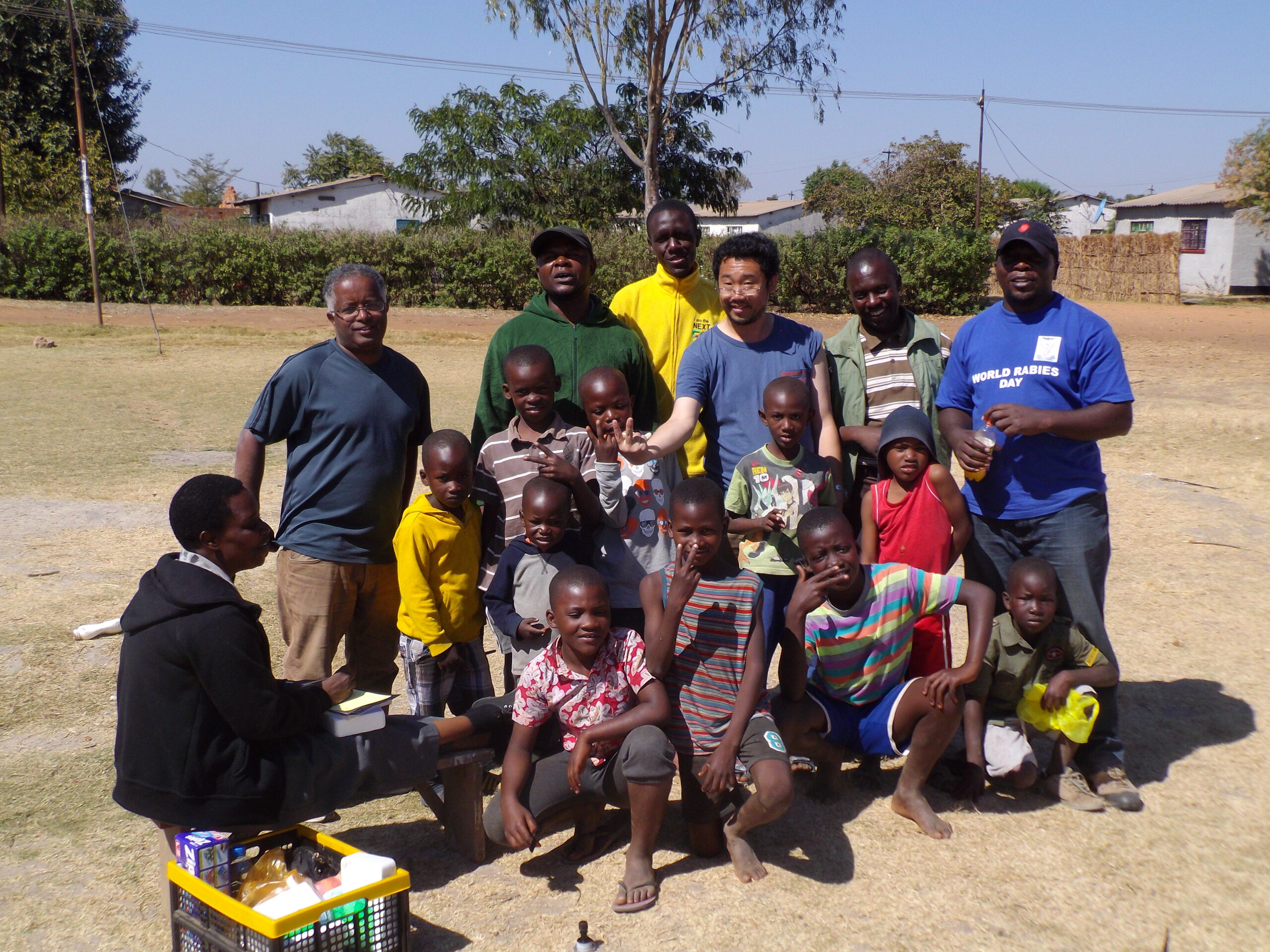 The lasting effects of pollution from the Kabwe mine