Benjamin List, a Specially Appointed Professor of the Institute for the Chemical Reaction Design and Discovery (WPI-ICReDD), Hokkaido University, was awarded the Nobel Prize in Chemistry 2021 in a ceremony held in Berlin, Germany on December 7, 2021, followed by his Nobel Lecture on the next day. He is the second Nobel Laureate affiliated with Hokkaido University, following Akira Suzuki in 2010. 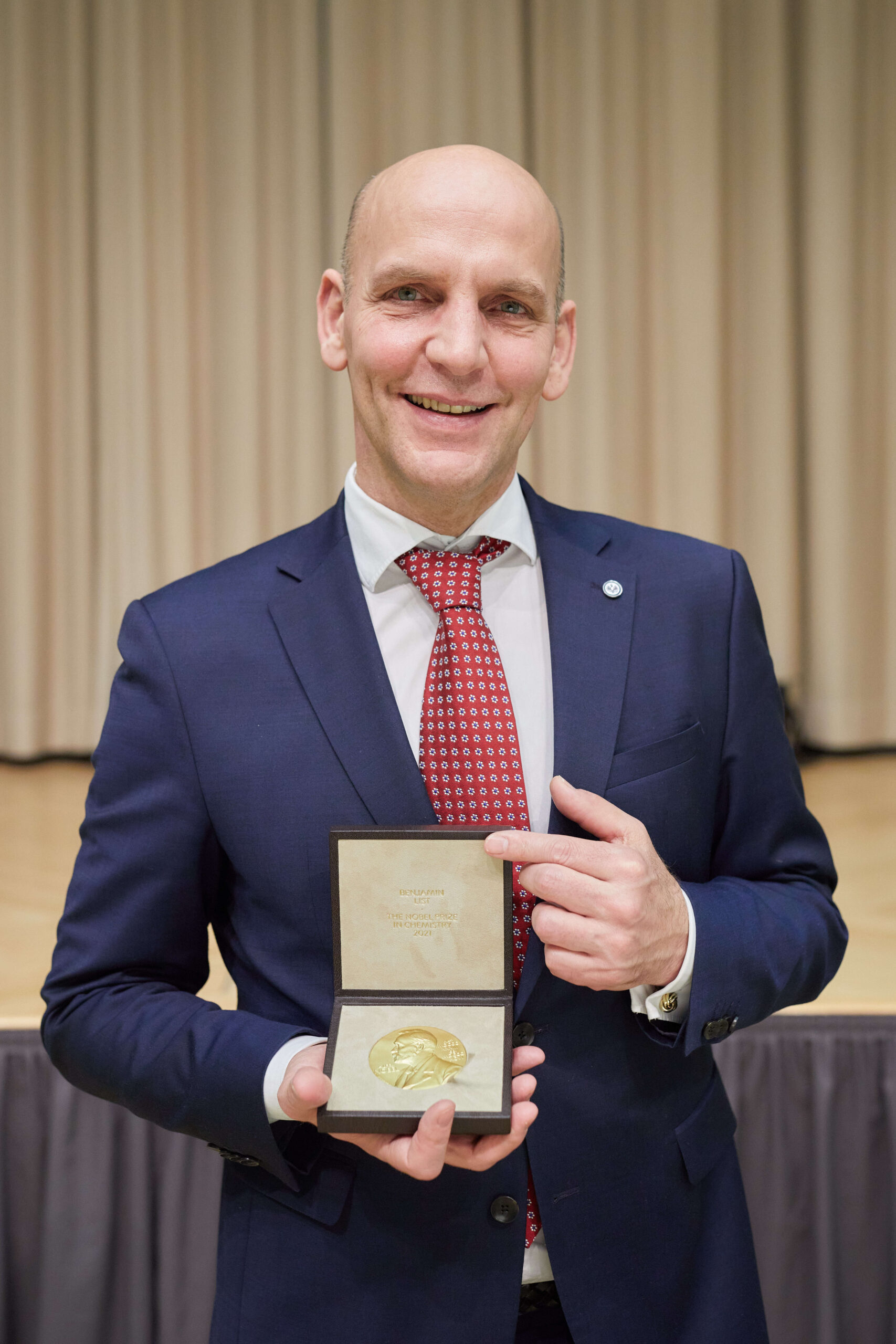 The Award Ceremony was held at Harnack Haus, a conference venue of the Max Planck Society, and was attended by the laureates’ family and friends. The Nobel Prizes are typically presented by the King of Sweden in Stockholm; due to the ongoing Covid-19 pandemic, smaller yet prestigious ceremonies have been held across the globe.

The Ambassador of Sweden to Germany, Per Thöresson, presented the awards to Dr. List on behalf of the Royal Swedish Academy of Sciences and the Nobel Foundation. 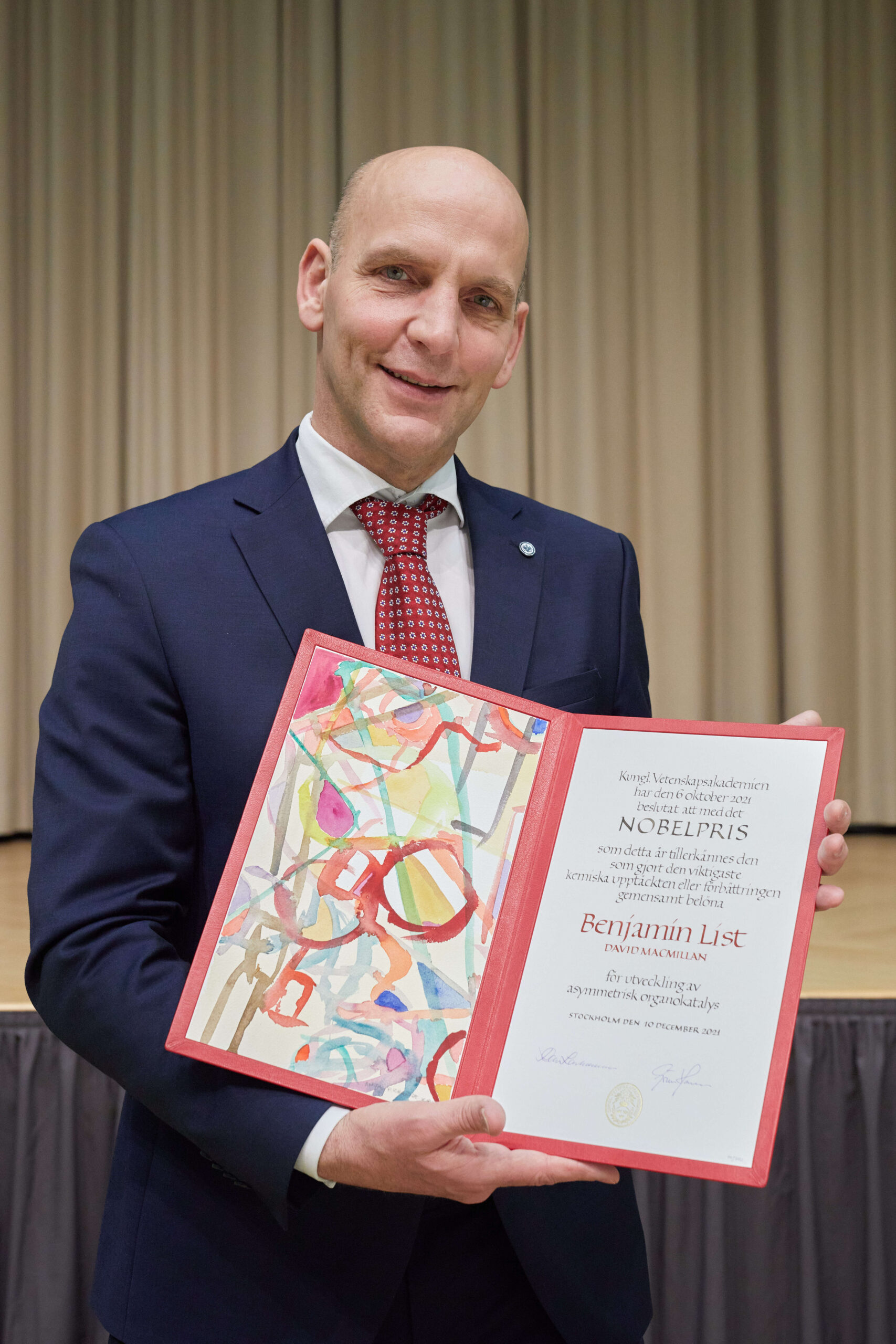 After expressing his deep gratitude to the Royal Swedish Academy of Sciences and all attendees, Dr. List said, “The Nobel prize is almost too much for a single person. I would like to quickly disseminate it among the wonderful people I had the chance to work with over the two decades.” He thanked all who worked in the field of asymmetric organocatalysis, saying, “It only became a field thanks to hundreds of groups around the world, thousands of chemists.” He also thanked the Max Planck Society for giving him the opportunity to head his own department when he was only 36 years old, which was vital to his discoveries; and finally thanked his family for all their support.

In the lecture, Dr. List began with a summary of the significance of catalysis, then expanded upon the history of catalysis and the Nobel Prize in Chemistry, and finally spoke about his research.

Since its inception, the Nobel Prize in Chemistry has been awarded ten times in recognition of research in the field of catalysis. The work of 2001 Laureates William S. Knowles, Ryoji Noyori and K. Barry Sharpless on asymmetric catalysis, is most closely related to Dr. List’s research. Dr. List started his career with the desire to to design artificial biocatalysts, but a moment of serendipity during his time at Scripps Research Institute led him to investigate the activity of the amino acid proline as a micro-catalyst.

Dr. List ended by acknowledging all the support he has received through the years from coworkers, institutions, funding agencies and his family.

Dr. Benjamin List’s Thoughts and Messages upon Winning the 2021 Nobel Prize in Chemistry