A calf was born from an embryo lacking cells which form a large part of the placenta, providing new insight into the regenerative capacity of mammalian embryos.

Mammalian development starts from a single cell — a fertilized egg. The egg goes through multiple cell divisions to increase its cell numbers and then starts forming a sphere-like structure with a cavity inside, called the blastocyst. The blastocyst consists of two types of cells, the inner cell mass (ICM) and the trophectoderm (TE), which develop into an embryo proper and a large part of the placenta, respectively.

Scientists led by Manabu Kawahara at Hokkaido University have shown that, since bovine ICM cells can regenerate TE, they are capable of forming both the embryo and placenta. The study was published in the Journal of Biological Chemistry and became one of the top 50 most viewed papers from November through December 2019 on the Journal’s website.

To test its developmental abilities, the researchers then transferred the regenerated blastocysts to recipient females. After the embryo-transfer, to their surprise, one of the four cows became pregnant and a female calf was naturally born with an apparently normal placenta. In contrast, none of the more than 100 mouse embryos transferred to recipients developed to term.

“We will continue to monitor the health of the calf born from the regenerated blastocyst,” says Manabu Kawahara. “Our study suggests that we can remove and use a large part of TE for genetic testing to breed cattle with improved qualities. Also, further studies could reveal the mechanism of cell fate decision in mammals and its differences between species.” 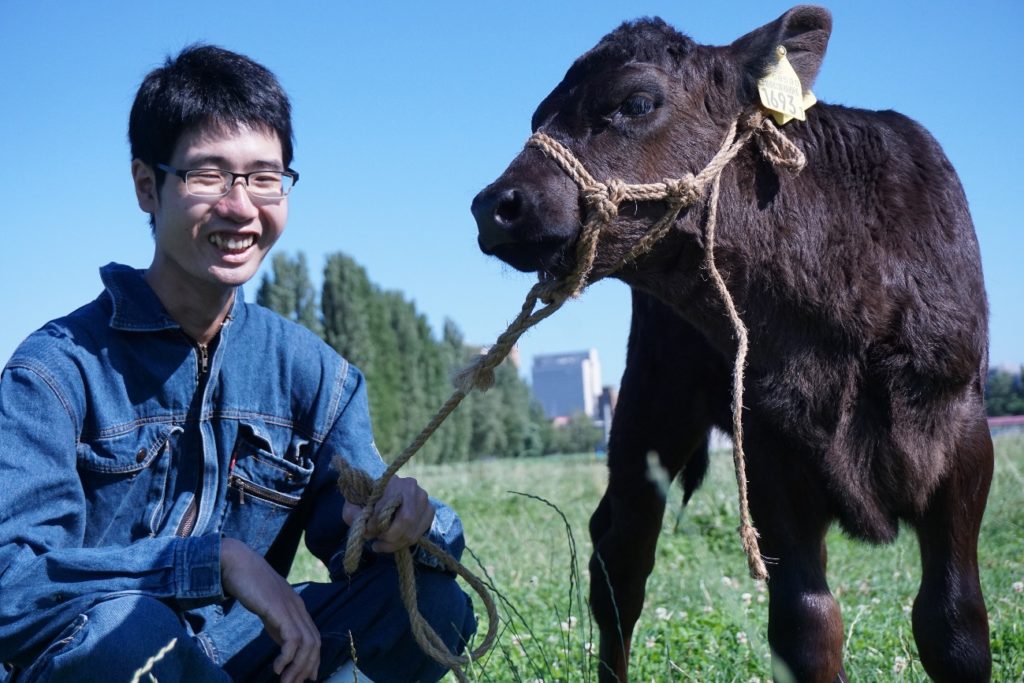 Nanami Kohri of the research team at Hokkaido University.

This study was supported by the Japan Society for the Promotion of Science (JSPS)’s KAKENHI grant (18H02321) and Grant-in-aid for JSPS Fellows (17J03585).

Laboratory of Animal Breeding and Reproduction