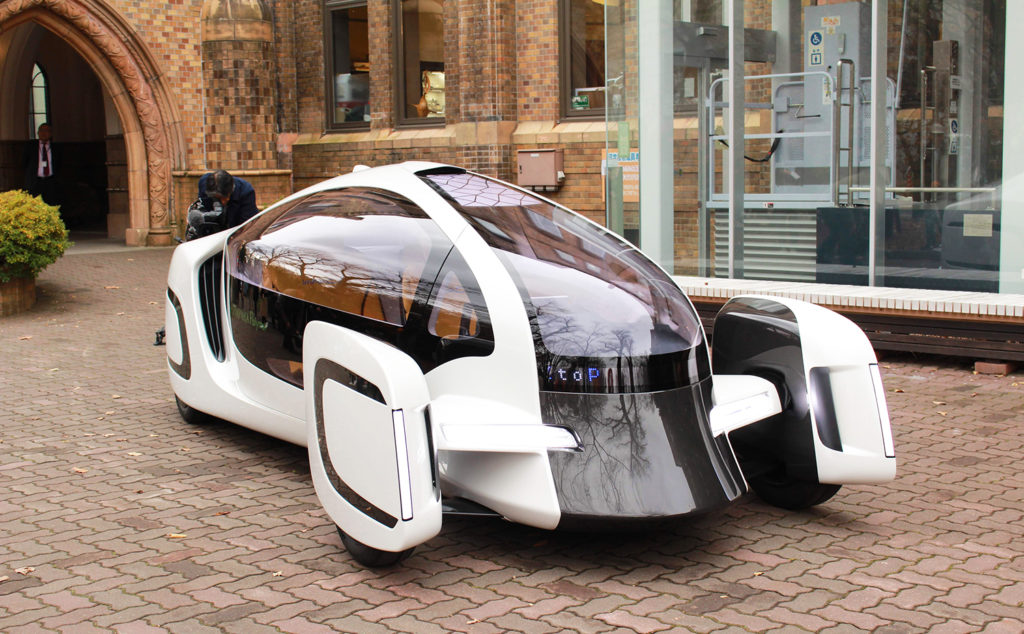 The ItoP being displayed in front of the Hokkaido University Museum. Photo taken by Yu Kikuchi.

The brand-new concept car “ItoP” made its debut at Hokkaido University’s Sapporo Campus. Journalists were invited along for test rides as the research and development team held the ItoP’s first public demonstration drive during a three-day event lasting from November 16th to 18th.

The ItoP was developed as part of ImPACT, a national research project which aims to bring about disruptive innovation in society and industry through an integration of the finest R&D capabilities in academia and industry in Japan.

Among sixteen ImPACT programs, Professor Kohzo Ito from The University of Tokyo leads the project called “Realizing Ultra-Thin and Flexible Tough Polymers,” involving more than 20 universities and corporations in Japan. This program attempts to develop tough and yet flexible polymers that achieve a level of both thinness and toughness which exceeds conventional limits. Such polymers are expected to help realize a more energy-efficient, safe, and sustainable society.

A smooth and comfortable ride in the ItoP. The polymer-based body frame allows for the ItoP’s dynamic structural design, giving passengers a better view.

Named for the concept of “Iron to Polymer,” ItoP was developed in Professor Ito’s program to showcase its R&D concept and technological achievements. About 80 percent of the components used to build the car, including the body frame, tires, and windows, are made from different types of polymers the team has developed, successfully reducing the body weight by 38% and greenhouse gas emissions by 11% to those of a conventional car. Their polymer technologies are also used in the ItoP’s fuel cell, its Li ion battery as well as its front and rear suspensions.

The rubber used for the tires was developed by the Bridgestone corporation based on the double network gel technology devised by Professor Jian Ping Gong’s laboratory at Hokkaido University. The technology integrates two different kind of polymers, one rigid and brittle and the other flexible and stretchable, to make the material far tougher than conventional polymer-based materials. This has enabled the ItoP’s tires to be lighter and thinner than conventional tires, contributing to higher fuel efficiency.

The novel polymers developed in this program could have a widespread ripple effect throughout the polymer industry in the future. 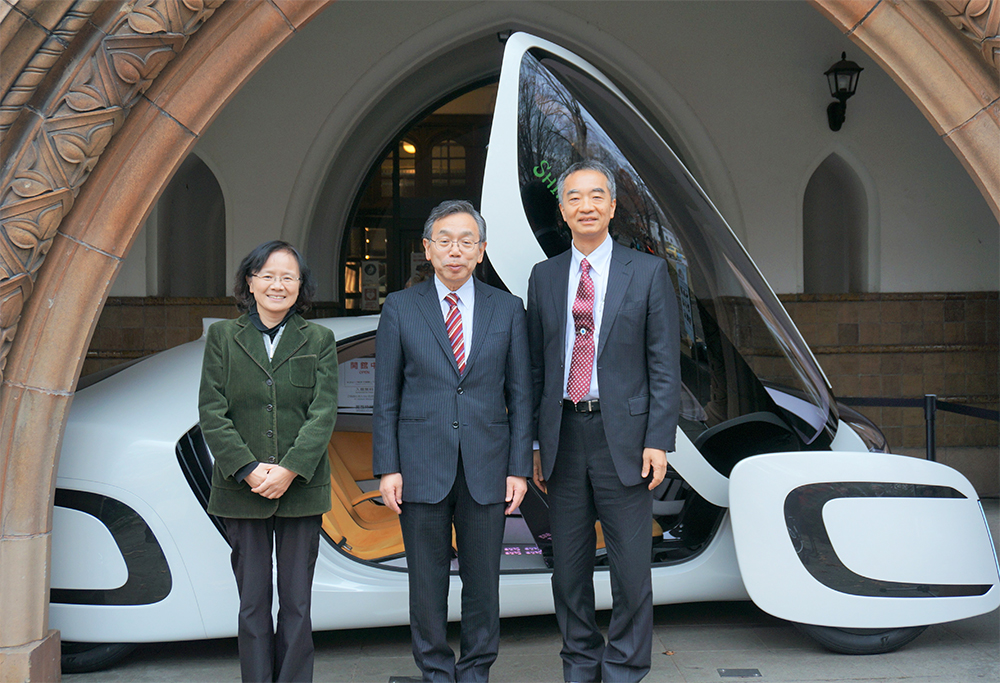