Researchers at Tohoku University and Hokkaido University have, for the first time, succeeded in developing a robot capable of immediately adapting to unexpected physical damage.

This is a significant breakthrough as robots are increasingly expected to function in tough environments under hazardous conditions.

Conventional robots tend to require a considerable amount of time (several tens of seconds) to adapt when they incur unexpected physical damage. To address this problem, researchers led by Professor Akio Ishiguro of the Research Institute of Electrical Communication at Tohoku University, focused on a brittle star – a primitive echinoderm with five flexible arms. Brittle stars lack a sophisticated central nervous system, yet are able to immediately adapt to an arbitrary loss of their arms and still move by coordinating the remaining arms. 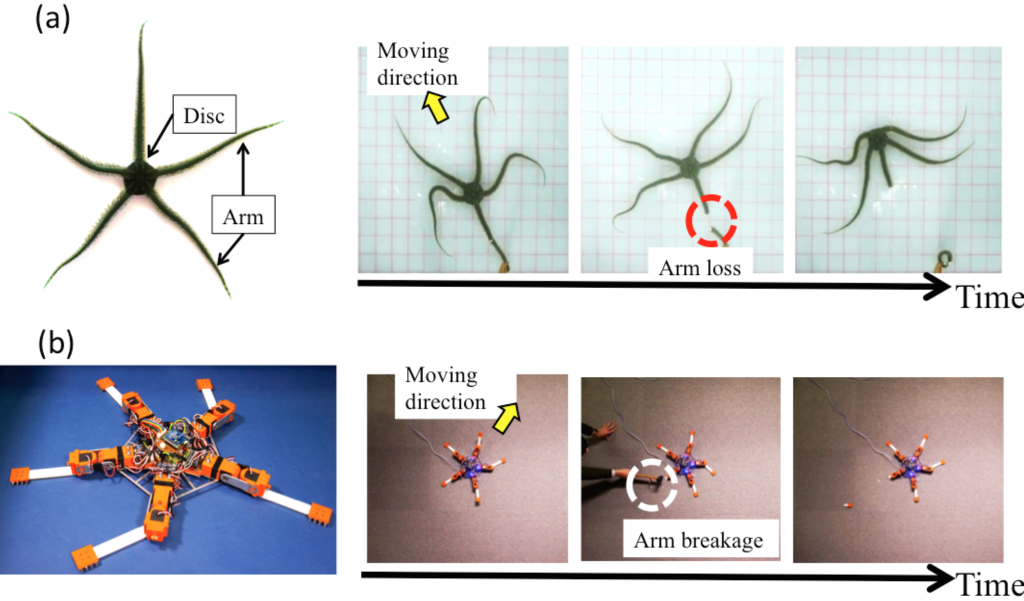 Fig.1 (a) Overview of a brittle star (left) and photographs of locomotion when it lost one of its arms (right). (b) Overview of the brittle star-like robot PENTABOT II (left) and photographs of locomotion when one of the arms was destroyed (right). The robot could keep moving by coordinating the remaining arms appropriately. Credit: Ishiguro-Kano laboratory, Tohoku University

Based on behavioral experiments involving brittle stars whose arms were amputated in various ways, the researchers proposed a simple decentralized control mechanism in which each arm kicks the ground only when it obtains an assistive reaction force. This mechanism was implemented in a brittle star-like robot to demonstrate that it can adapt to unexpected physical damage within a few seconds, like its biological model. 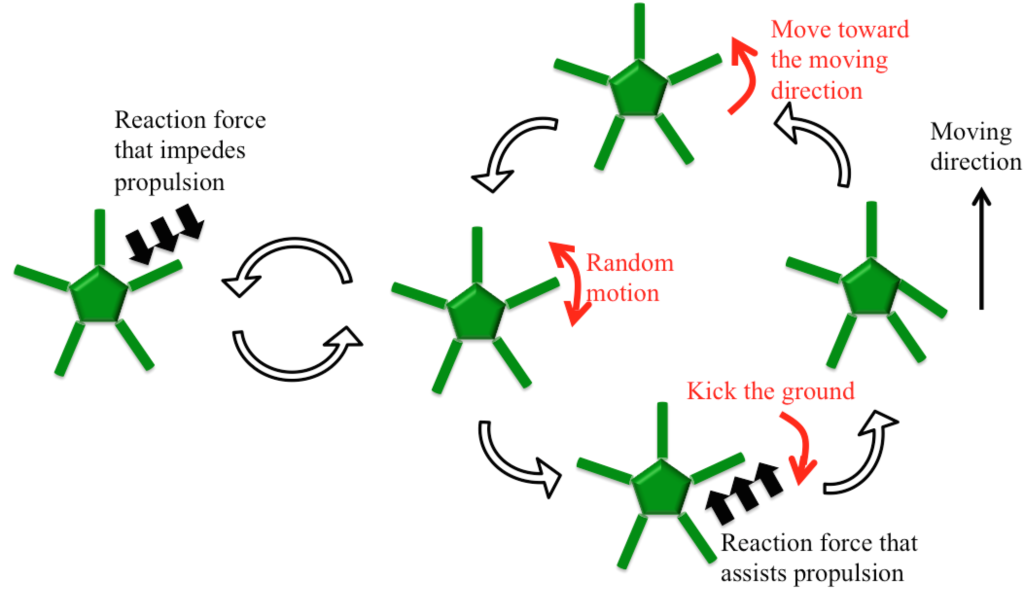 Fig. 2 Schematic of the proposed control scheme. First, each arm moves randomly to obtain a response from the environment. If the reaction force assists propulsion, the arm pushes itself against the ground, after which the arm lifts off from the ground and moves forward. When the reaction force impedes propulsion, no further action is generated. Credit: Ishiguro-Kano laboratory, Tohoku University

The researchers hope that this finding will help develop resilient robots that can work in inhospitable environments such as disaster areas. It also provides insights into the essential mechanism underlying resilient animal locomotion.