On July 8, 2016, Hokkaido University’s Center for Advanced Tourism Studies and the Hokkaido Nippon-Ham Fighters concluded a partnership agreement on Hokkaido tourism promotion. Under the agreement, joint research will be conducted and personnel exchanges will take place toward the revitalization of Hokkaido. 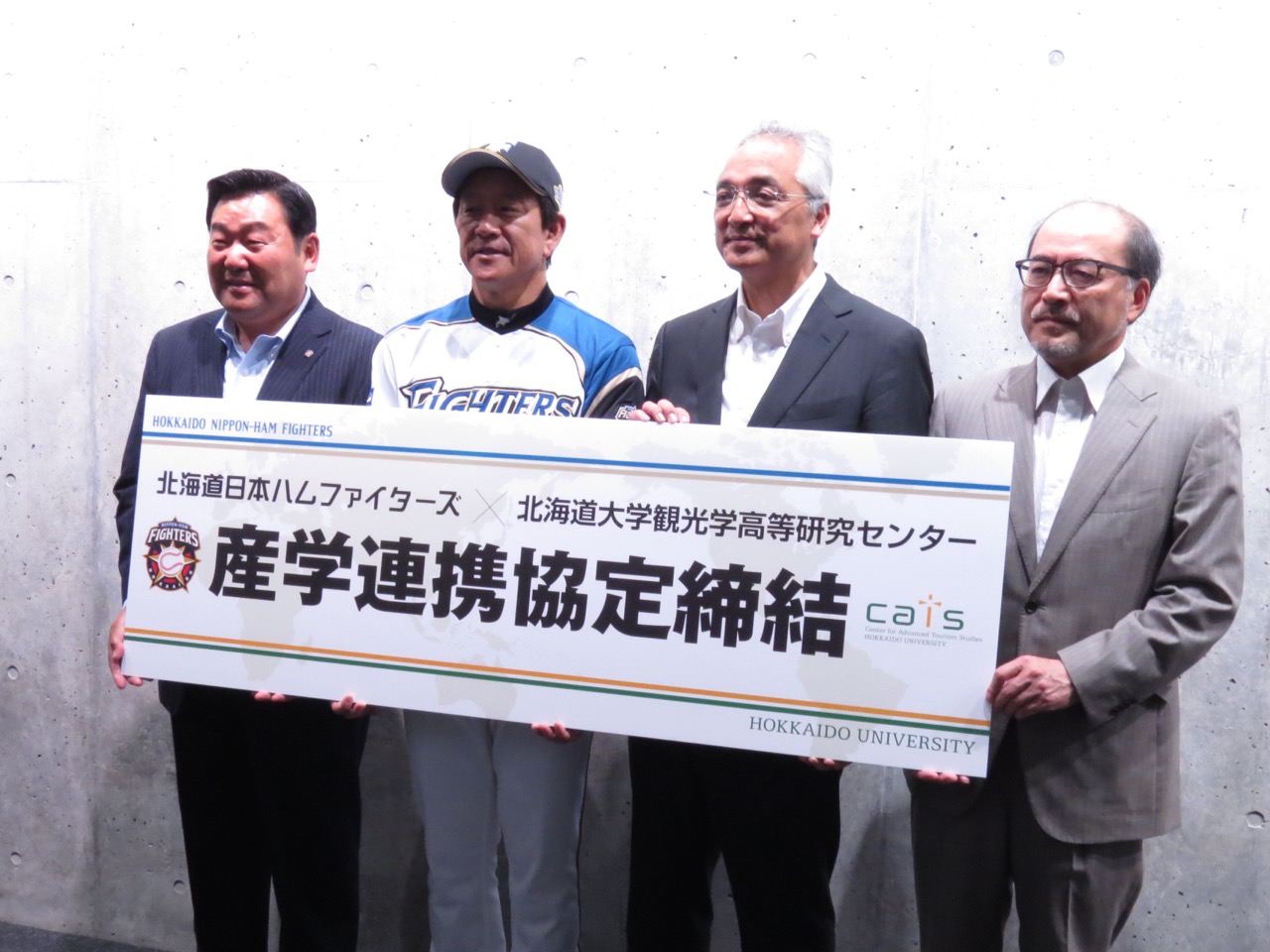 The rich history of relations between Hokkaido University and the Hokkaido Nippon-Ham Fighters includes visits by the manager, players and other members of the team to students attending in-hospital classes at Hokkaido University Hospital and the delivery of public lectures at the hospital’s Sports Medicine Center.

In February 2015, the Hokkaido Nippon-Ham Fighters set foot into the tourism industry with particular focus on the promotion of Taiwanese inbound programs. This led to the conclusion of the current partnership agreement toward the implementation of practical joint research on sport tourism and by extension the advancement of university-industry collaboration for regional promotion in Hokkaido via tourism-related efforts.

The agreement will remain in force until December 31, 2016, after which it may be extended for extra one-year terms by mutual agreement.

The details of partnership/collaboration are outlined below.