The Institute for Chemical Reaction Design and Discovery (ICReDD) was established as a new research center under the World Premier International Research Center Initiative (WPI). It will lead the world with the aim of developing chemical reactions that will bring about a prosperous future. 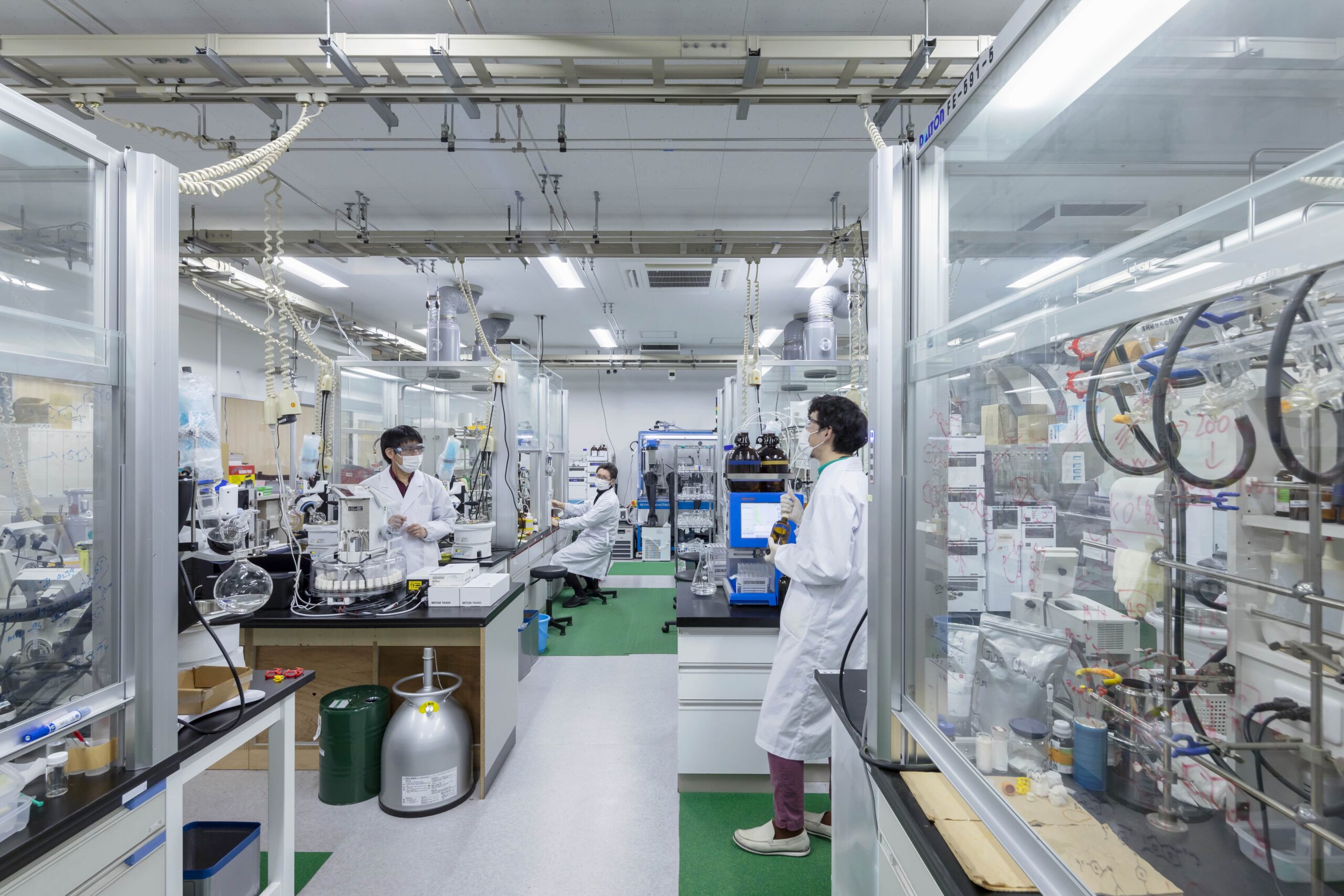 The ICReDD laboratory, where experimental science is practiced daily to verify chemical reactions.

The World Premier International Research Center Initiative (WPI) is a project of the Ministry of Education, Culture, Sports, Science and Technology. This program aims to build “globally prominent” research centers whose research standards are so high and whose research environments are so outstanding that frontline researchers from around the world will flock to them. 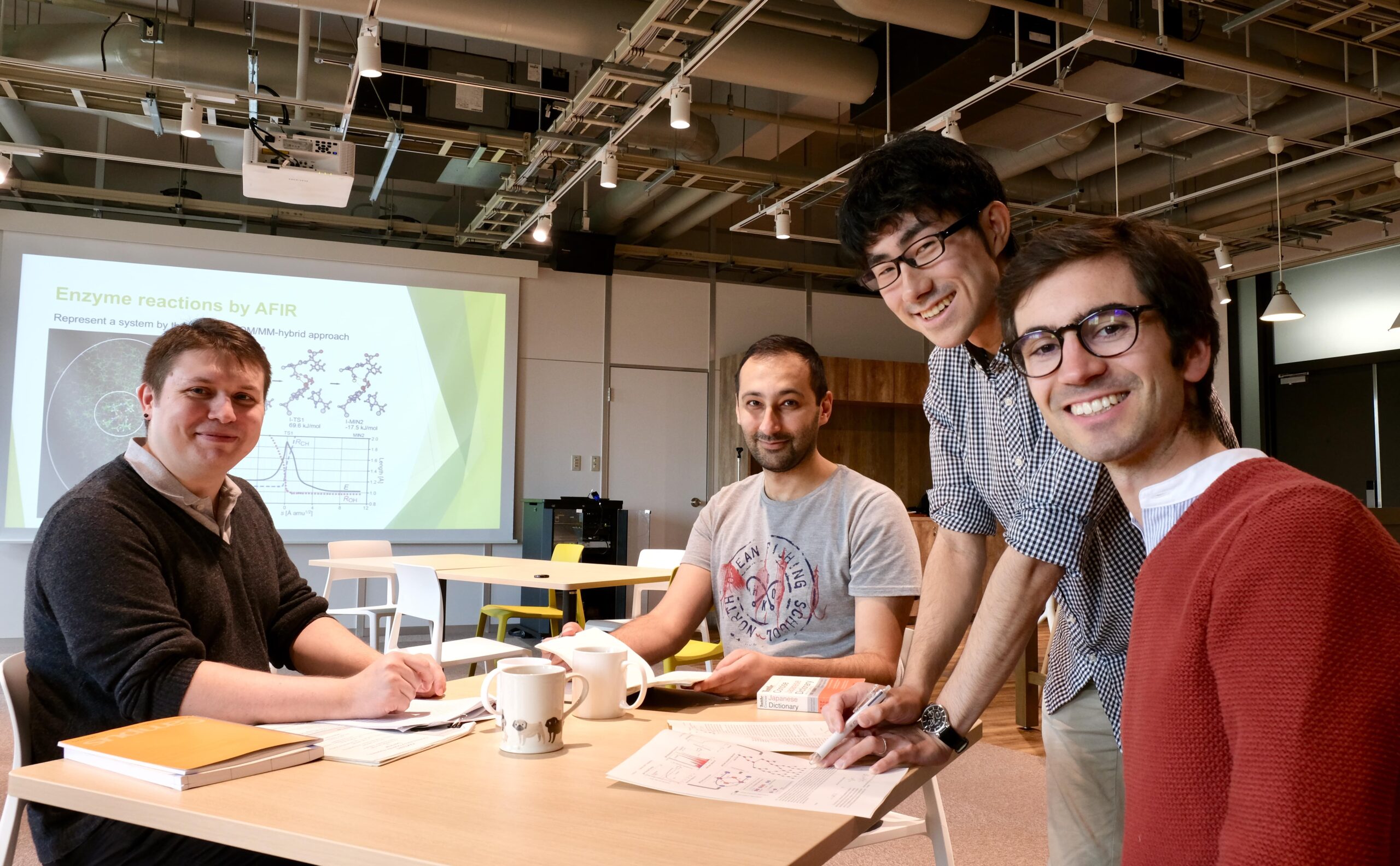 The Hokkaido University Institute for Chemical Reaction Design and Discovery (ICReDD) was established in October 2018 as a new research center under the WPI. It aims to develop new chemical reactions more efficiently based on the three pillars of computational science, information science and experimental science.

Innovating the discovery of chemical reactions 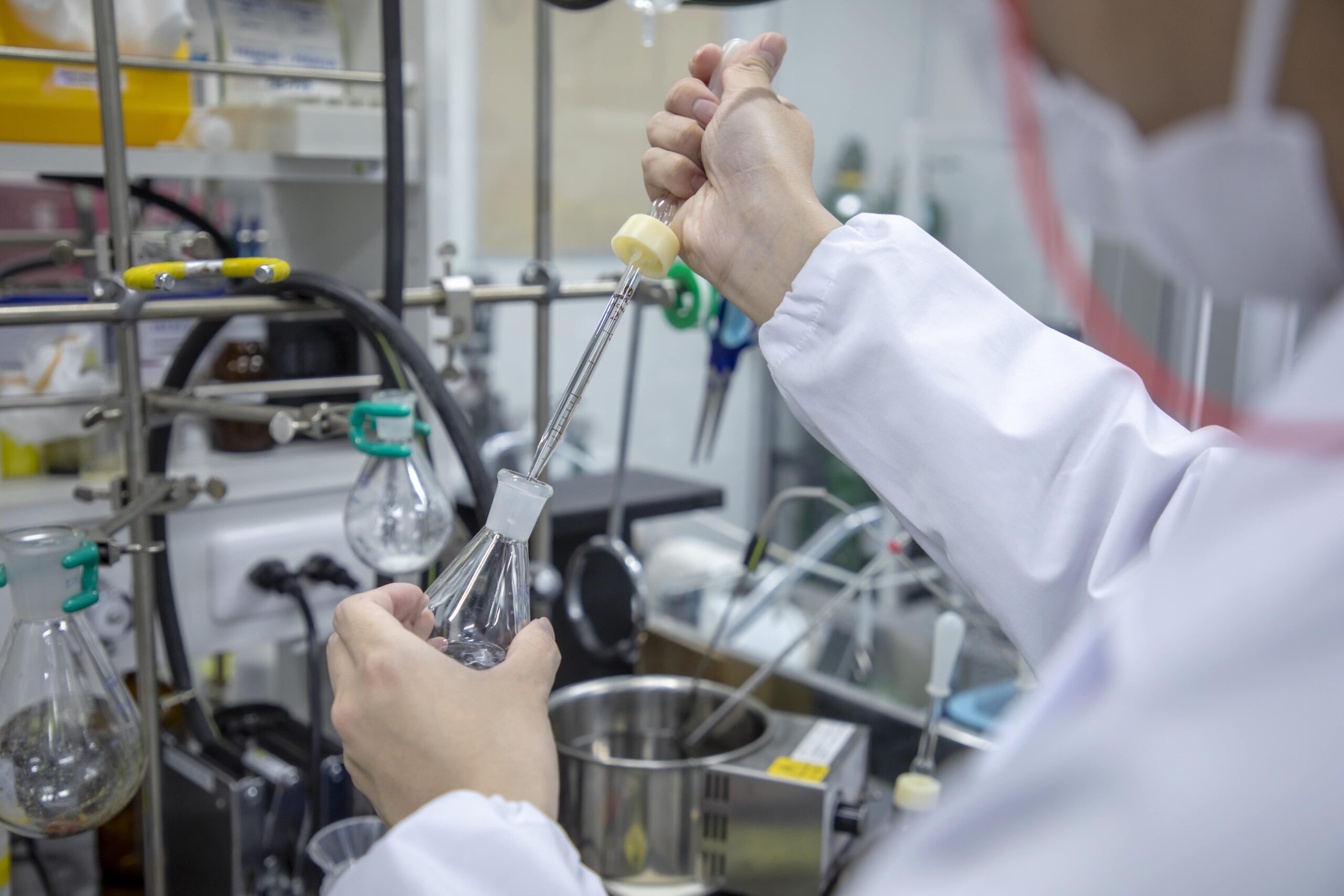 What is epoch-making about ICReDD is that it incorporates computational science and information science into chemical reaction development. Its theory-first approach enables significant reductions in the time required for such development.

In computational science, chemical reaction path networks are calculated through automated searches based on quantum chemistry calculations. The artificial force-induced reaction (AFIR) method, which is a key ICReDD technology, is attracting global attention.

To predict a chemical reaction, it is necessary to predict all the movements of the atoms, which play a leading role in chemical reactions. However, it has been difficult to study all the possibilities in experiments, due to the enormous time and work required. Then the AFIR method was developed. In this calculation method, a virtual artificial force is applied between molecules or fragments within a molecule to induce structural changes. By repeating this procedure, a path in the transformation from a given reactant to an unknown product can be calculated, and by analyzing the reaction path network obtained, an enormous number of unknown reactions can be predicted. 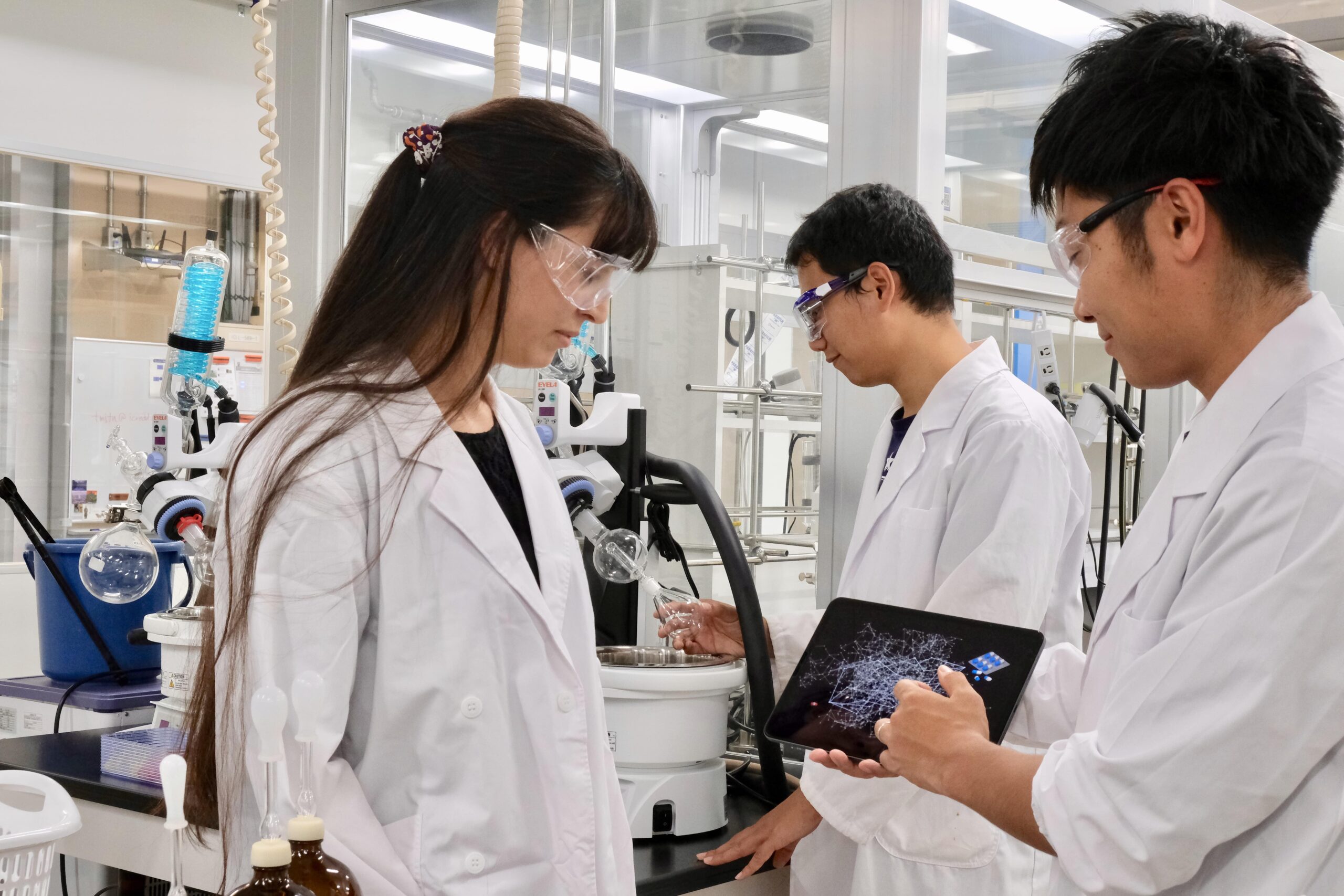 “A database of chemical reactions predicted by the AFIR method has been compiled over the course of about a year, and approximately 200,000 chemical reactions have been registered so far,” says Professor Satoshi Maeda, Director of ICReDD.

Information worth studying is then extracted from many of the calculated chemical reaction paths using information science) to narrow down the optimal experiment conditions. The reactions narrowed down this way are verified by experimental science. This means the possibility of targeted experiments that can significantly hasten chemical reaction development.

“The discovery of chemical reactions has long depended on the preconceptions and experience of researchers, and it was necessary to escape the bounds of that history,” says Specially Appointed Associate Professor Yasunori Yamamoto, Administrative Director of ICReDD. “Direct discovery, instead of repeated trial and error, is what this research center makes possible.”

An inverse approach can also be taken. It is possible to predict the feasibility of a chemical reaction that was conceived by a researcher who practices experimental science from the aspects of computational science and information science and to present a shortcut to its realization. The integration of the three fields enables interactive approaches. 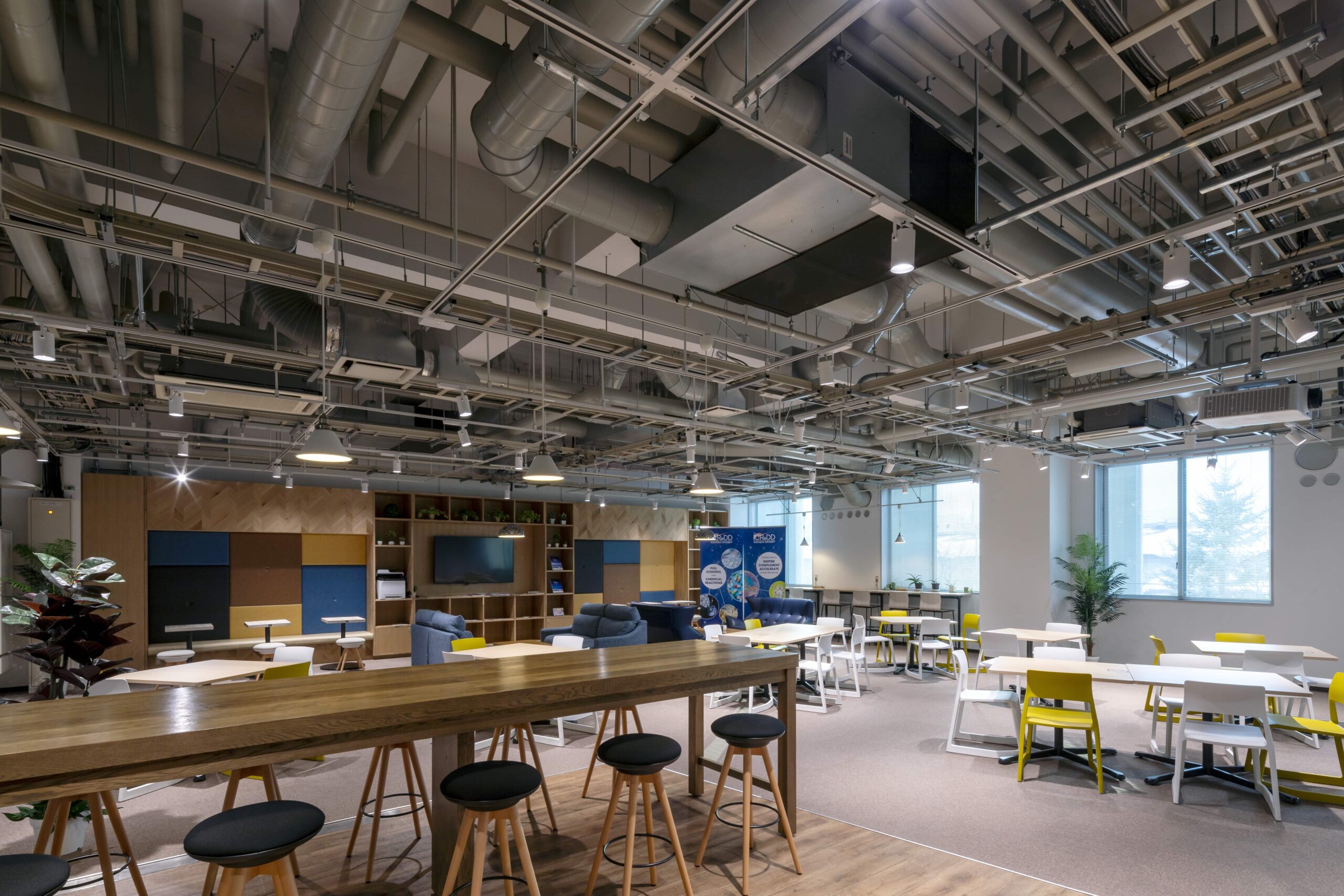 An open lab where ICReDD researchers gather for lively discussions.

A center for social contribution

Thanks to its epoch-making efforts, ICReDD has produced various results. One example is the synthesis of difluoroglycine derivatives.

α-amino acids are the structural units of the proteins that form life. Used for the production of pharmaceuticals and food additives, these organic compounds are essential to our lives. It was known that increased metabolic stability, improved pharmacokinetics and other effects can be expected by introducing fluorine atoms into the skeleton of an organic compound; however, there were no efficient methods for chemically synthesizing α,α-difluoroglycine, which is an α-amino acid into which fluorine atoms are introduced. 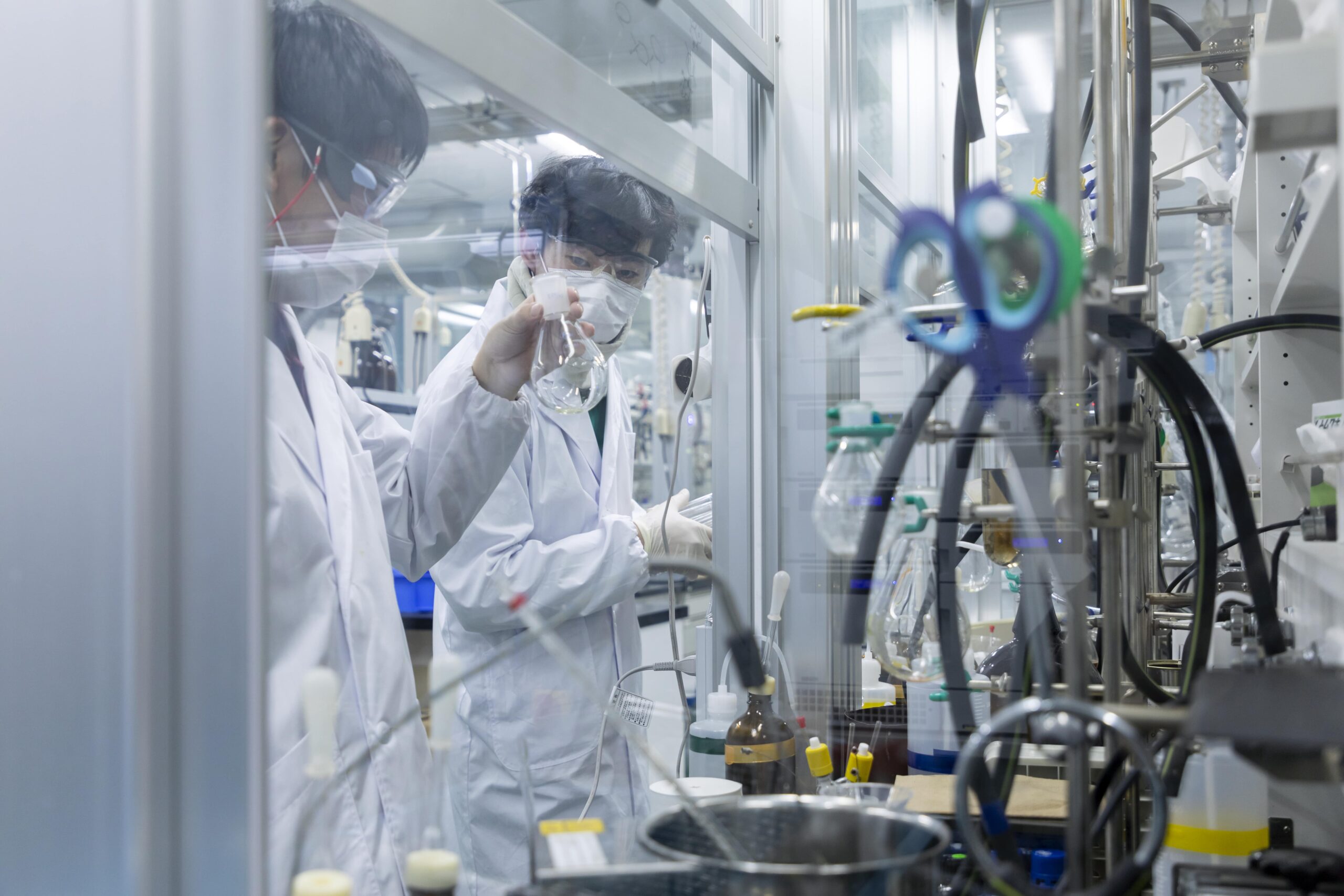 By conducting additional analyses based on the AFIR method, ICReDD achieved the chemical synthesis of α,α-difluoroglycine in only two months. “The introduction of fluorine into glycine and other important molecules is valuable in pharmaceuticals development,” says Director Maeda. “As internal degradation is controlled by the introduction of fluorine, it may become possible to reduce the medicine dosage frequency to once a day from the current three times a day. This chemical reaction will be useful as a method for constructing various fluorine-containing derivatives.”

In 2010, University Professor/Emeritus Professor Akira Suzuki of Hokkaido University won the Nobel Prize in Chemistry for a “cross coupling reaction”. This reaction, which efficiently links carbons, has been applied to the synthesis of various pharmaceuticals and is still generating trillions of yen in profits worldwide every year. Director Maeda expressed his enthusiasm: “We aim to create many wonderful chemical reactions at ICReDD such as the one discovered by Professor Suzuki. By following the achievements of the professor, we want to make it a research center that can deliver great social contributions.”

ICReDD aims to establish chemical reaction design and discovery (CReDD) as a new academic field by integrating three fields. However, far too few researchers are familiar with all three fields. 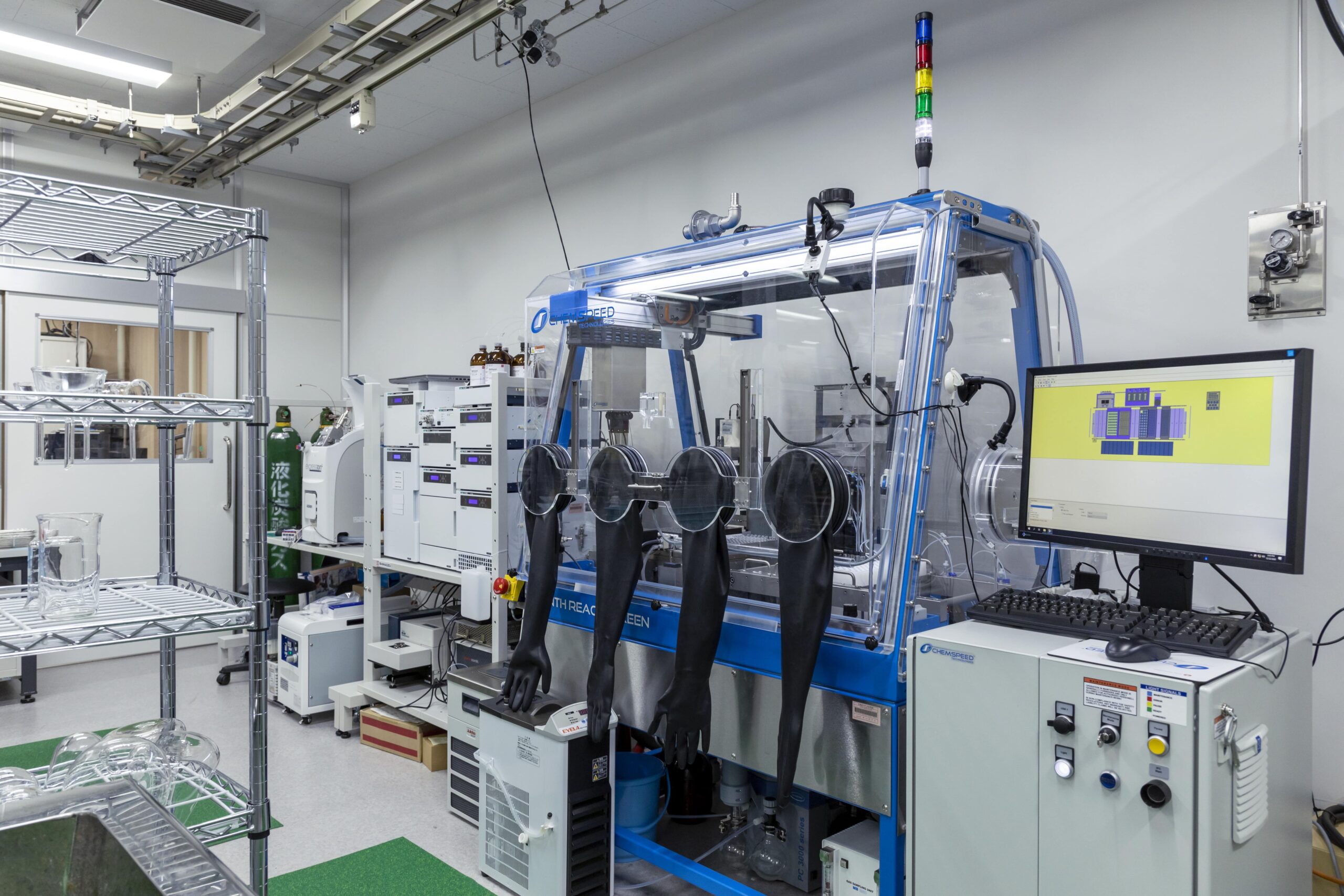 Director Maeda says, “The fostering of young researchers is one of our institute’s missions.” One effort toward the achievement of this mission is the MANABIYA system.

Under the MANABIYA system, young researchers and students from universities and research organizations in Japan and abroad stay at ICReDD for two weeks to three months to learn methods for developing new chemical reactions. In the learning process, they also attempt to work through their own challenges and discover new research seeds. It is an ideal system for globally disseminating and utilizing rational and efficient development methods accumulated at the Institute by fostering young researchers. “Although we haven’t accepted researchers from overseas this academic year due to the pandemic, we’ve accepted some from within Japan and we’ve made many research presentations and conference presentations jointly with them,” says Director Maeda. There is also a plan to accept researchers online in the future.

It has been just over two years since ICReDD was established. The institute, which started with 14 researchers, now has 65 researchers and 10 office workers.

The number of research papers presented has also increased, from 87 in FY 2019 to more than 100 in FY 2020 Administrative Director Yamamoto expresses his feeling of accomplishment: “We’ve progressed considerably in the last two years.”

Aiming to become a global research center, ICReDD is also active in international exchanges. It held the 3rd ICReDD International Symposium in February, where domestic and international researchers at the forefront of fields related to chemical reaction design gathered online and shared their progress and research ideas. Efforts to seek new integrated research projects within the university are also made through online interdepartmental symposiums and other measures. 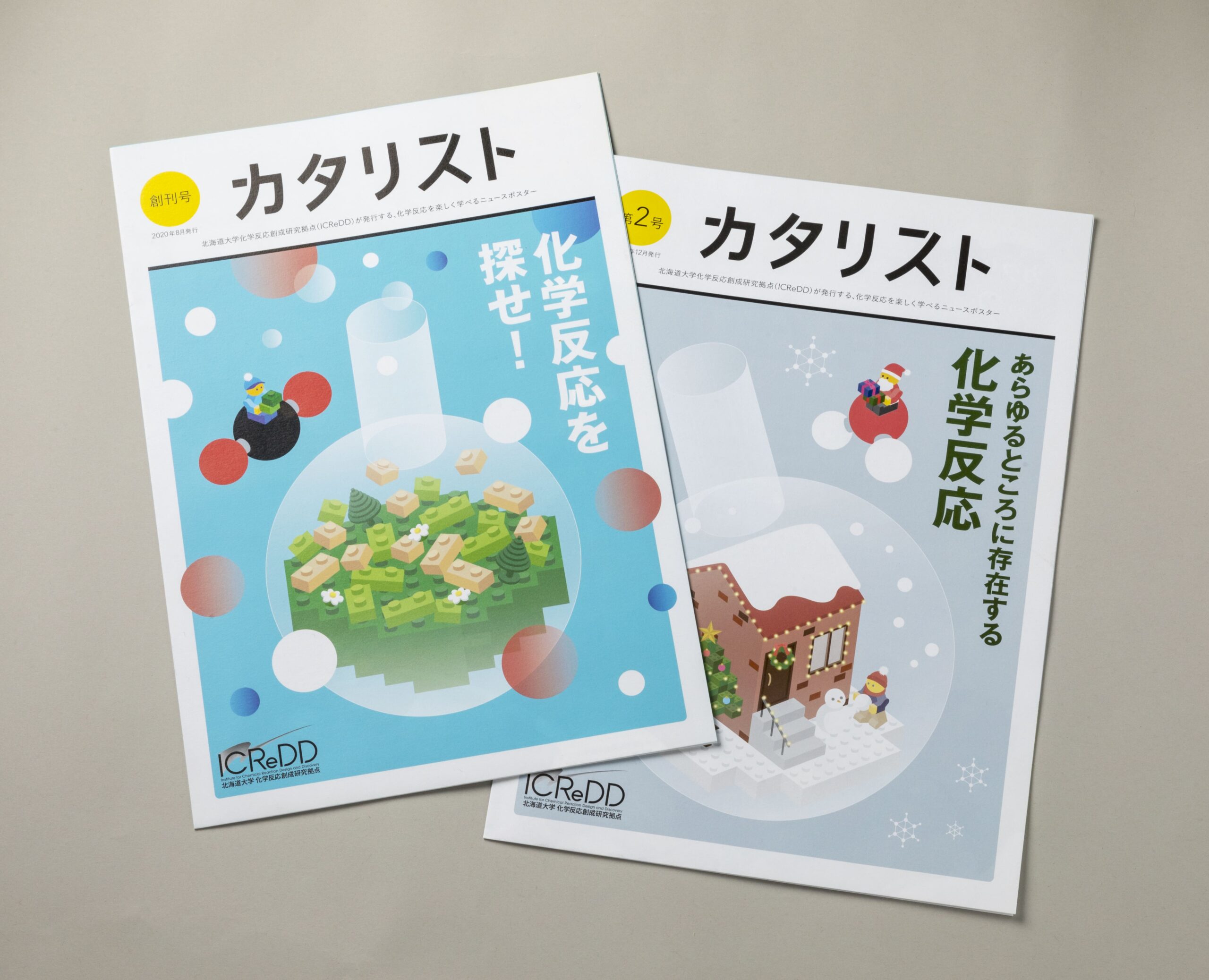 “Catalyst” news posters, from which the general public can learn about chemical reactions easily and enjoyably. English editions of these posters can be found at https://www.icredd.hokudai.ac.jp/about/the-catalyst

A synthesis robot that can perform automated chemical synthesis has recently been introduced. The first in Hokkaido, it is one of only three in Japan. “For organic synthesis and other experiments, researchers need to come to the lab to perform experiments,” says Director Maeda.

“However, we aim to reduce the number of researchers because of the pandemic and for other reasons. For example, an experiment that had required three researchers can now be performed by a single person using this synthesis robot. Complete remotization may become possible in the future.The use of robots is one method for achieving our goal of innovating the discovery of chemical reactions. A day may come when chemical research can be conducted remotely.” 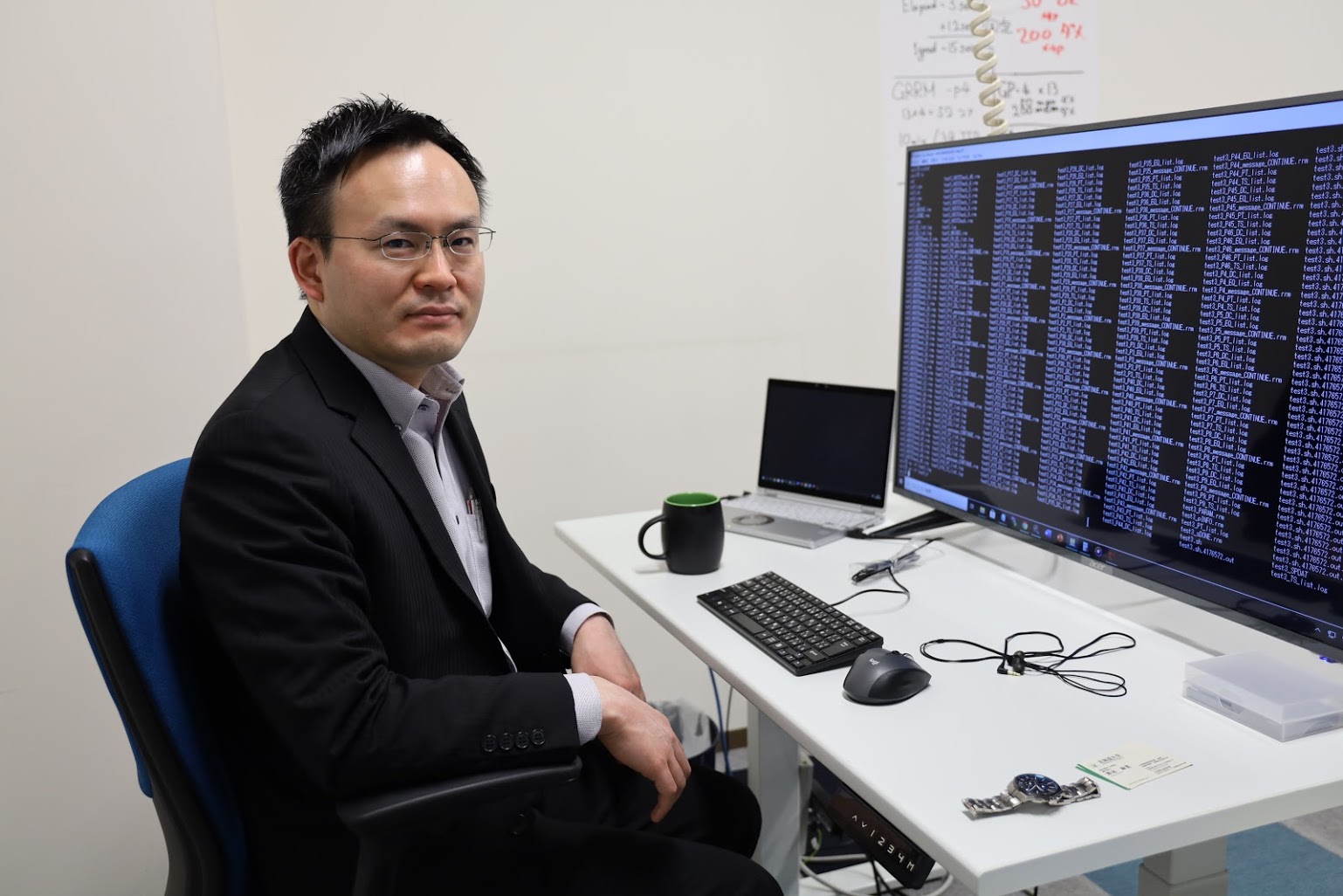 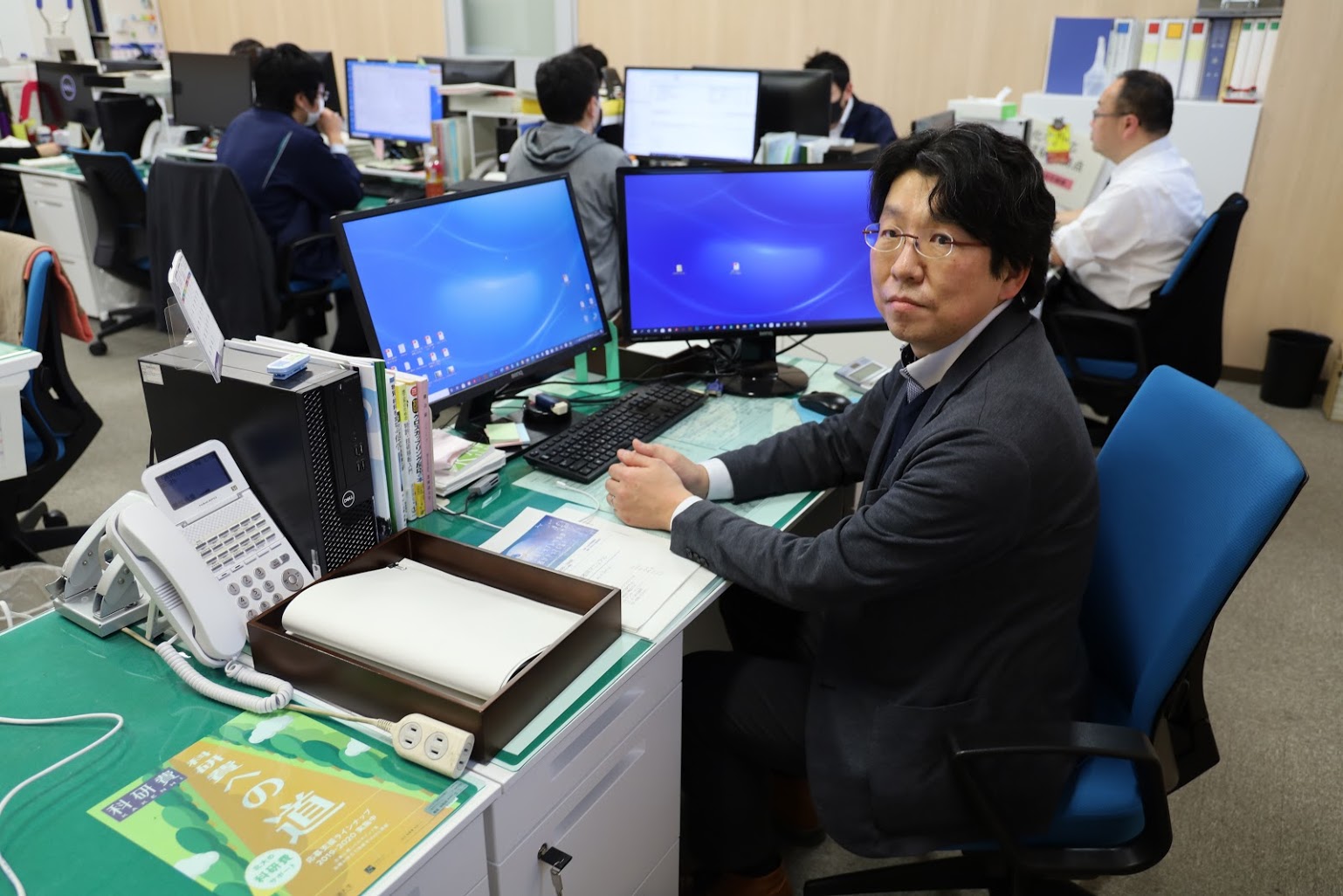 Professor Satoshi Maeda (top), the Director of ICReDD, and Specially Appointed Associate Professor Yasunori Yamamoto (bottom), the Administrative Director of ICReDD. Research that leads the world is being conducted through close collaboration between the research and office sections.

While steady results have been achieved, issues remain. Achieving a diversity of members is important for the formation of an international research center.

ICReDD has a personnel target of consisting of at least 30% foreign nationals, and the current percentage is 37%. Director Maeda says, “Although we’ve achieved our target, it won’t be easy to maintain it in the future. We’ll continue to provide support to improve the living environment for international researchers working in the center and to allow them to focus on their research.”

Under the slogan “Revolutionize Chemical Reaction Design and Discovery,” ICReDD will continue to make progress in raising world standards and playing a leading role in the world.

Dr. Benjamin List, a Specially Appointed Professor and a Principal Investigator at ICReDD was awarded the 2021 Nobel Prize in Chemistry. Read more from the links below.