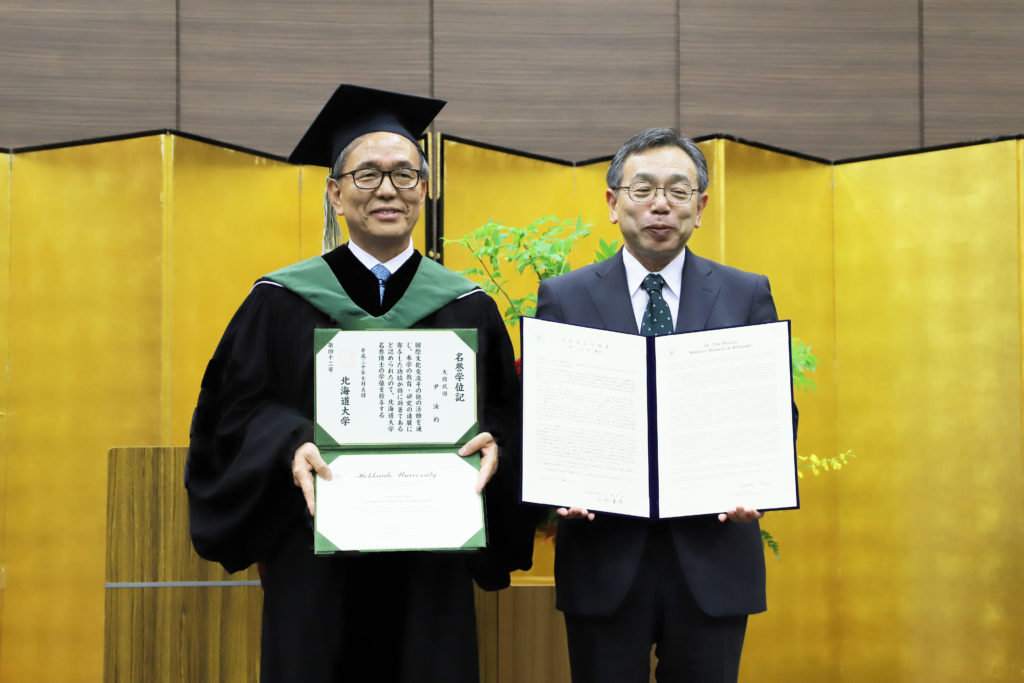 President Yun-Yeo Pyo of South Korea’s Chungbuk National University was awarded an Honorary Doctorate Degree from Hokkadio University President Toyohira Nawa in an official ceremony on July 5th, 2018. The ceremony was held in the Faculty of Engineering Building on the main Sapporo Campus of Hokkaido University, and was attended by university officials, staff, students, and a delegation from South Korea. 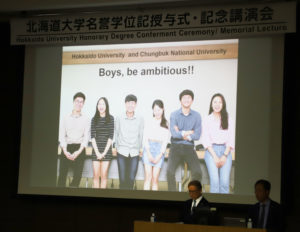 Dr. Yun received his Doctor of Pharmacy degree from Seoul National University in 1986, and since then has gone on to create 23 patents and be involved in the publication of 165 academic papers and 12 books. He was also awarded the Order Service of Merit – Yellow Stripes from the Republic of Korea in 2012, and has been the President of Chungbuk National University since 2014. He spoke of his life, thoughts on communication and coexistence, and achievements as a part of the Chungbuk National University community in a lecture following the award ceremony, titled “Dreaming of an Orchestra Maestro.” He also expressed his gratitude to Hokkaido University, as well as his desire that the two academic institutions continue to develop their international relationship.