Clarifying the chaos of narwhal behavior

Chaos theory improves understanding of Arctic narwhal behavior, with the aim of helping efforts to protect this vulnerable species. 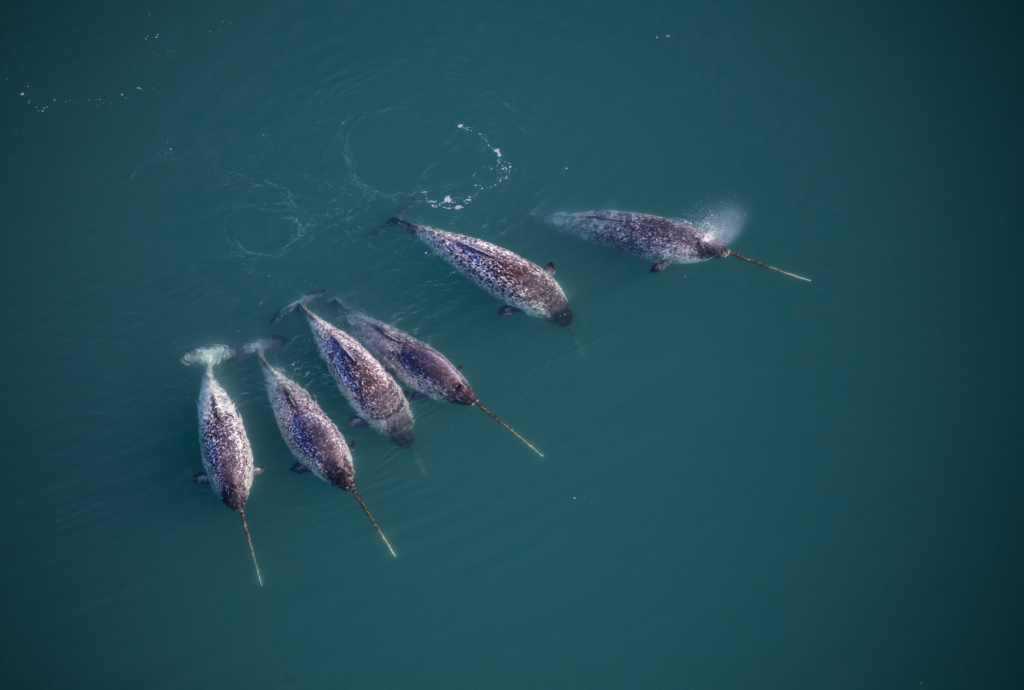 Researchers have used the mathematical equations of chaos theory to analyse the data from long-term monitoring of an electronically tagged narwhal. They have extracted previously undetected diurnal patterns within what initially appeared to be irregular diving and surface resting behavior, using records extending across 83 days.

“While animal-borne ocean sensors continue to advance and collect more data, there is a lack of adequate methods to analyse records of irregular behavior,” says Hokkaido University geophysicist Evgeny A. Podolskiy, first author of the research published in the journal PLOS Computational Biology.

Podolskiy developed the procedure to find behavioral patterns in seemingly intractable complexity with Mads Peter Heide‐Jørgensen at the Greenland Institute of Natural Resources.

Narwhals (Monodon monoceros) are relatively small whales found in Arctic seas, famous for their long single tusks and called the unicorns of the sea. They are one of the most vulnerable Arctic species due to climate change, human activity, and predation by such invasive species as killer whales. The narwhals are notable for undertaking dives to extreme depths of more than 1,800 metres. Their life cycle is tightly coupled with sea ice, which is rapidly declining.

Podolskiy and Heide‐Jørgensen combined their expertises in signal processing and biologging to understand the full diversity of behaviors of a satellite-tagged narwhal. Mathematical techniques developed as part of chaos theory can interpret complicated and seemingly chaotic behavior in dynamic systems to reveal states called ‘attractors’, which the systems tend to develop towards. In essence, the approach identifies significant patterns that would otherwise be difficult to detect. 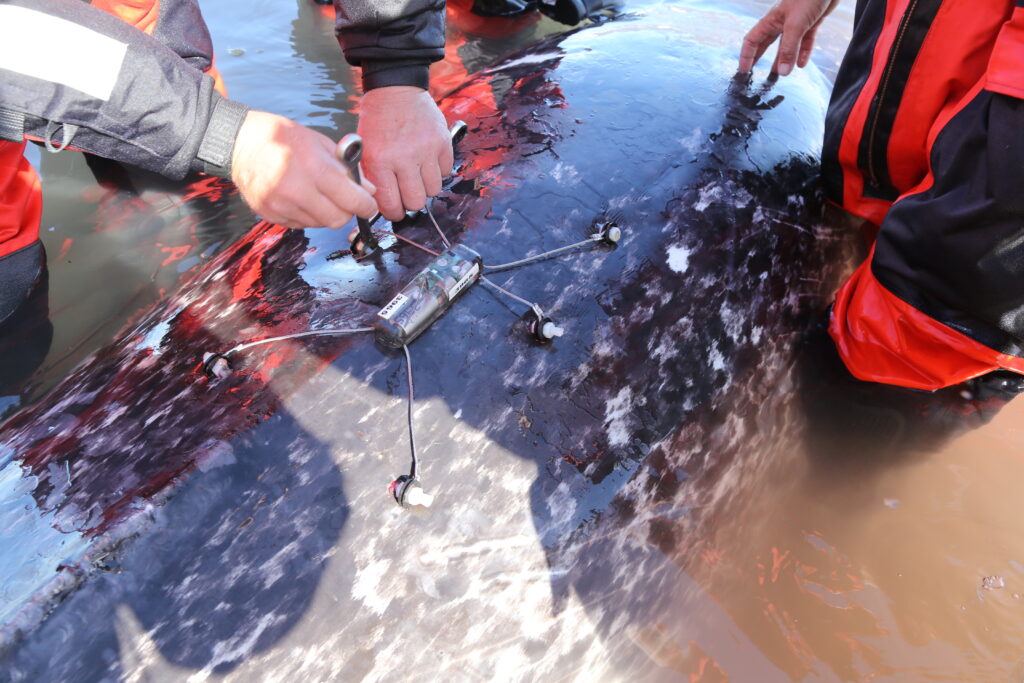 The analysis of the behavior of the electronically tagged narwhal, inspired by Podolskiy’s previous work on turbulence, revealed a daily pattern of activity and how it was affected by changing seasons, features of narwhal behavior that were previously unrecognised. The animal rested nearer to the surface around noon, but when they did dive at that time the dives were very deep. During twilight and at night the dives became more shallow but also more intense, possibly due to hunting for squid, which is known for diurnal vertical migration. It was also found that increased sea ice constrains the narwhal’s surface activity, and is correlated with more intense diving.

“Our approach is relatively simple to implement and can map and label long term data, identifying differences between the behavior of individual animals and different species, and also detecting perturbations in behavior caused by changing influences,” the authors suggest.

The researchers expect that their new method may be especially useful for assessing the challenges to narwhals and other Arctic animals posed by climate change and the loss of sea ice. Such information may prove vital in adopting policies to protect endangered species in the face of natural change and increased human activity.

This work was supported by the Greenland Institute of Natural Resources; the Danish Cooperation for the Environment in the Arctic (2013_01_0289); the Carlsberg Foundation (CF14-0169); the Hokkaido University Support Program for Frontier Research (Fundamentals of Active Matter across Scales for Novel Materials); and the Arctic Challenge for Sustainability II research project (JPMXD142031886) funded by the Ministry of Education, Culture, Sports, Science and Technology of Japan (MEXT).

Fernando Ugarte (Head of Department of Birds and Mammals)