Researchers have found evidence that near-ground biogenic emissions of organics suppress cloud formation in cool-temperate forests in autumn, providing clues to how global warming will affect cloud formation and the overall climate. 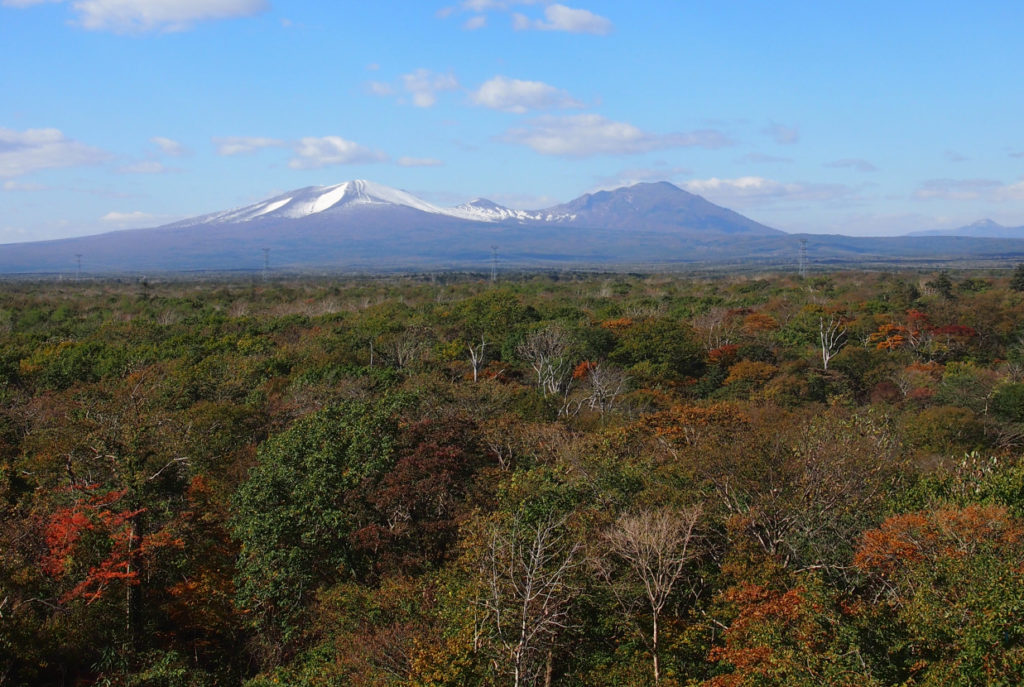 Submicron atmospheric aerosols, although they are not so visible, play a pivotal role in the climate system. They cause temperature variations by scattering or absorbing sunlight, while they also act as cloud condensation nuclei (CCN). Consequently, they can impact cloud cover and the precipitation process. Organic matter, which constitutes up to 90 percent of aerosols, is often attributable to biogenic sources.

Many questions, however, remain as to how differences in variation and quantity of biogenic organics affect aerosols and cloud formation in a cool temperate forest which has vegetation highly susceptible to climate change.

At the Tomakomai Experimental Forest, a cool temperate forest in northern Japan, the researchers of Hokkaido University collected submicron atmospheric aerosols one week at a time for each sample for around two years, resulting in 52 samples. They then analyzed the chemical compositions and CCN activities of the aerosol samples. 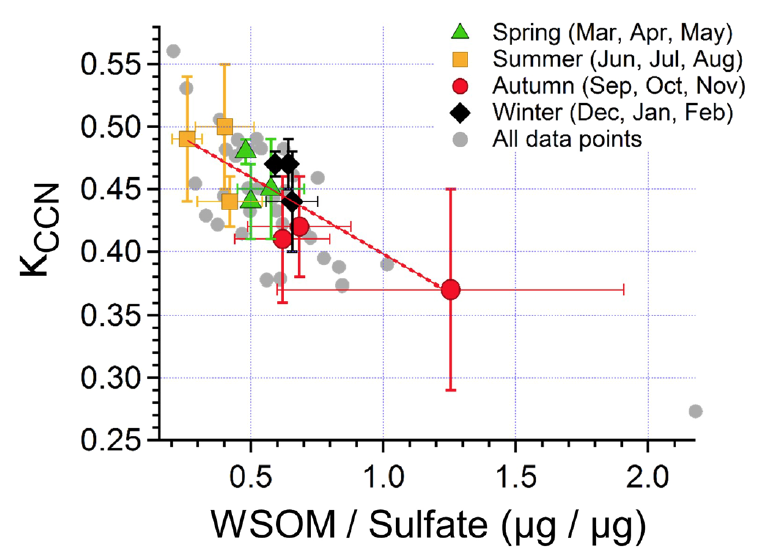 A scatter plot showing CCN activity of atmospheric submicron aerosols (y-axis) and the mass ratio of organics and sulfate (x-axis). The higher the ratio of organics to sulfate, the lower the CCN activity. This trend becomes noticeable in autumn. (Müller A. at al., Scientific Reports, August 16, 2017)

Furthermore, the researchers found for the first time that aerosols originating from natural organics emitted from soil and litters (fallen leaves) on the forest floor can suppress cloud formation. This provides a new insight into the conventional belief that tree leaves are the primary source of organic gases and aerosols which can affect the cloud formation.

Assistant Professor Yuzo Miyazaki of Hokkaido University, who led the research, said “In recent years, some studies have pointed out that the amount of organics emitted from the forest floor is similar to, or even larger than, that emitted from tree leaves in cool-temperate or other higher-latitude forested areas. Our research should provide clues to evaluate how differences in the variety and amount of organics in high-latitude zones, which are vulnerable to global warming, will affect cloud formation and the overall climate in the future.”

Seasonal differences in the concentrations of organics in aerosols (white circles indicate measured values) and the estimated distribution of organic sources (F1-5). The ratio of organics originating from on or near the forest floor (F3-4) peaks in autumn, when CCN activity is lowest. (Müller A. at al., Scientific Reports, August 16, 2017)

Müller A. at al., Evidence of a reduction in cloud condensation nuclei activity of water-soluble aerosols caused by biogenic emissions in a cool-temperate forest. Scientific Reports, August 16, 2017.