Collaborative development of micro-satellite by Myanmar and Japan started

Hokkaido University, Tohoku University, and Myanmar Aerospace Engineering University (MAEU) have started their first satellite development program from September 1st, 2019 funded by the Republic of the Union of Myanmar. Over the course of five years, the program will develop and launch two 50kg-class Micro-satellites while carrying out capacity building for satellite development for students from Myanmar. It will contribute to agriculture, forestry, fisheries, and the mitigation of large-scale natural disasters. The budget of the program (approx. 1.7 billion yen or 15.3 million USD) will be provided by the Government of the Republic of the Union of Myanmar.

Since 2015, the group of Hokkaido University and Tohoku University has accepted graduate students from the Republic of the Philippines and collaborated in the development, launch, and operation of Micro-satellites DIWATA-1 and -2 (PHL-Microsat program). This success urged the establishment of space agency, PhilSA, last year in the Philippines, and the appointment of Professor Joel Joseph Jr. Sacro Marciano of the University of the Philippines Diliman , who was in charge of the program on the Philippine side, as the Director General (Cabinet level) of the agency. 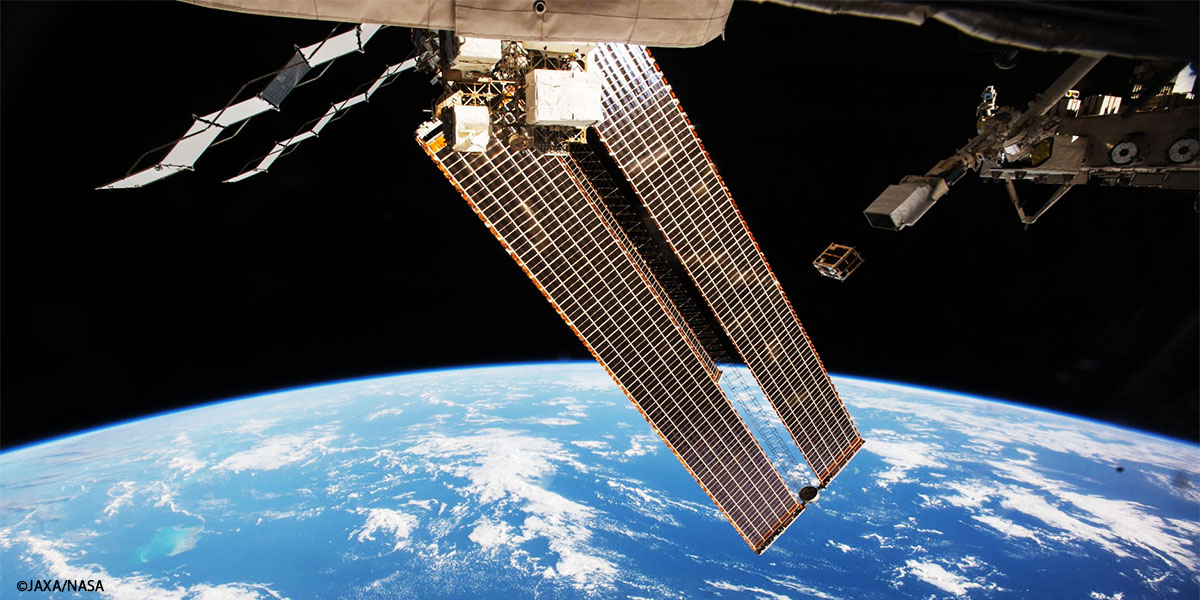 Deployment of the Philippines’ first Micro-satellite “DIWATA-1” from the Kibo/ISS. Photo: ©️JAXA/NASA

Similar to the Philippines program, this collaboration with Myanmar aims to develop and launch two Micro-satellites for earth observation in five years, and to effectively operate advanced observation instruments such as a multi-spectral camera installed on the satellite and use data. Hokkaido University, Tohoku University, and Myanmar Aerospace Engineering University (MAEU) will cooperate closely to promote research, development, and operation of the satellites while the Government of the Republic of the Union of Myanmar will provide the budget (approx. 1.7 billion yen or 15.3 million USD).

Both universities in Japan will accept staff and/or students (7 persons in the 1st term) from the Myanmar side as graduate students who will conduct planning, satellite development and production, operation, and analysis together with the research staff at the universities, while receiving education and training. The first satellite aims to be released from the International Space Station in early 2021. The satellites will be equipped with several types of advanced imagers including, in particular, the so-called super multi-color imager (SMI) which has the highest wavelength selectivity among all satellites and can provide much precise information about vegetation and ocean conditions than before. It is expected that data from the imagers will be utilized to contribute to the agriculture, forestry and fisheries in Myanmar. In addition, by using the technology that directs the camera’s field of view to the target accurately in a short time, the world’s most accurate 3D image of the cloud can be captured, which contributes to the monitoring and forecasting of torrential rainfall and typhoons.

The group of Hokkaido University and Tohoku University has succeeded in developing and launching 5 Micro-satellites of 50 kg class and observing the earth, which is the top class among Japanese universities and companies in terms of both number and success rate. Professor Yukihiro Takahashi of Hokkaido University who leads the group says, “As an activity of Asian Micro-satellite Consortium, or AMC, we are promoting the construction of an international joint network using Micro-satellites. If the Myanmar satellite succeeds, it may become one of the countries that play a central role in the network. In the near future, we aim to realize the world’s first continuous imaging observation at the time of disaster by cooperating the dozens of high-performance satellites developed and owned by each country under the guidance of our group.”