Coral insights into 1,000 years of seasonal changes in the Arabian Sea warn of significant impacts caused by global warming. 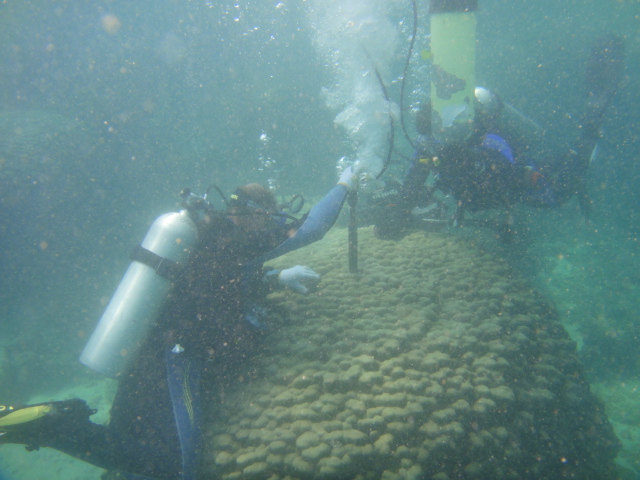 Scientists from Japan, Taiwan and Germany, including coral reef scientist Dr. Tsuyoshi Watanabe of Hokkaido University, have uncovered evidence from corals off the coast of Oman suggesting that global warming is causing changes to the Arabian Sea that could impact the climate, ecosystems and socioeconomics of the densely populated areas surrounding the Indian Ocean. The findings were published in the journal Geophysical Research Letters.

Stronger summer monsoon winds lead to a stronger upwelling in the Arabian Sea. Stronger winds form when the air over the Indian subcontinent warms more rapidly than the air over the Indian Ocean. Recently, however, the opposite has been happening. Scientists wanted to know how this change affects the Arabian Sea upwelling, but the phenomenon has not been monitored continuously, so available measurements aren’t enough to tell the whole story.

Watanabe and his colleagues analysed fossil and modern corals off an Omani island in the Arabian Sea. They identified the ages of the corals they collected and established a correlation between coral data and seawater temperature changes over a very fine timescale, and used that information to extrapolate salinity changes. The four fossil corals they used dated to approximately 1167 CE, 1624 CE, 1703 CE and 1968 CE, respectively. They took samples from the corals at different depths towards their cores, and then analysed the ratio of strontium to calcium in the samples, as well as the amounts of oxygen and carbon isotopes. The growth rate of the corals is steady over centuries, and the skeletons contain a record of the changes in elements. Generally, as water temperatures rise, the strontium-to-calcium ratio and isotope oxygen-18 in coral decrease. 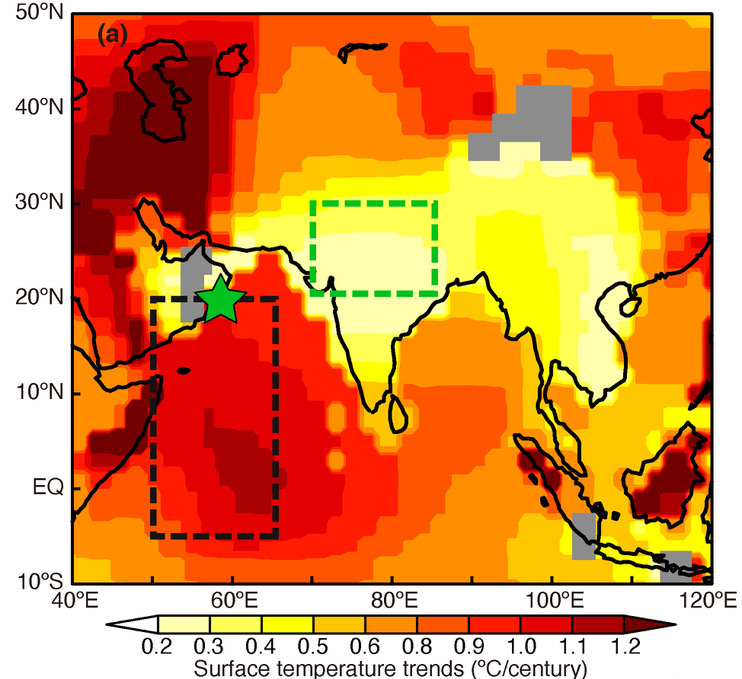 The results showed that the summer Arabian Sea upwelling was relatively stable through the warmer period of the medieval climate anomaly in the 12th century; the cooler little ice age, which extended between the 14th and 19th centuries AD; and up until the mid-20th century. After this period, however, the scientists observed a clear weakening of the Arabian Sea upwelling. They reason this can most likely be explained by faster warming of the northern Indian Ocean, caused by greenhouse gases, and slowed warming of the Indian subcontinent, caused by the absorption of sunrays by aerosol emissions over South Asia. This then weakens the summer monsoon winds, impacting the strength of the Arabian Sea upwelling.

“The seasonal upwelling is vital for commercial fishing and has significant impacts on the regional climate, ecosystems and socioeconomics,” says Tsuyoshi Watanabe. “Our findings imply that weakening of the Arabian Sea upwelling is likely to continue along with global warming, impacting monsoon rainfalls, sea levels, fisheries and even agricultural production.” 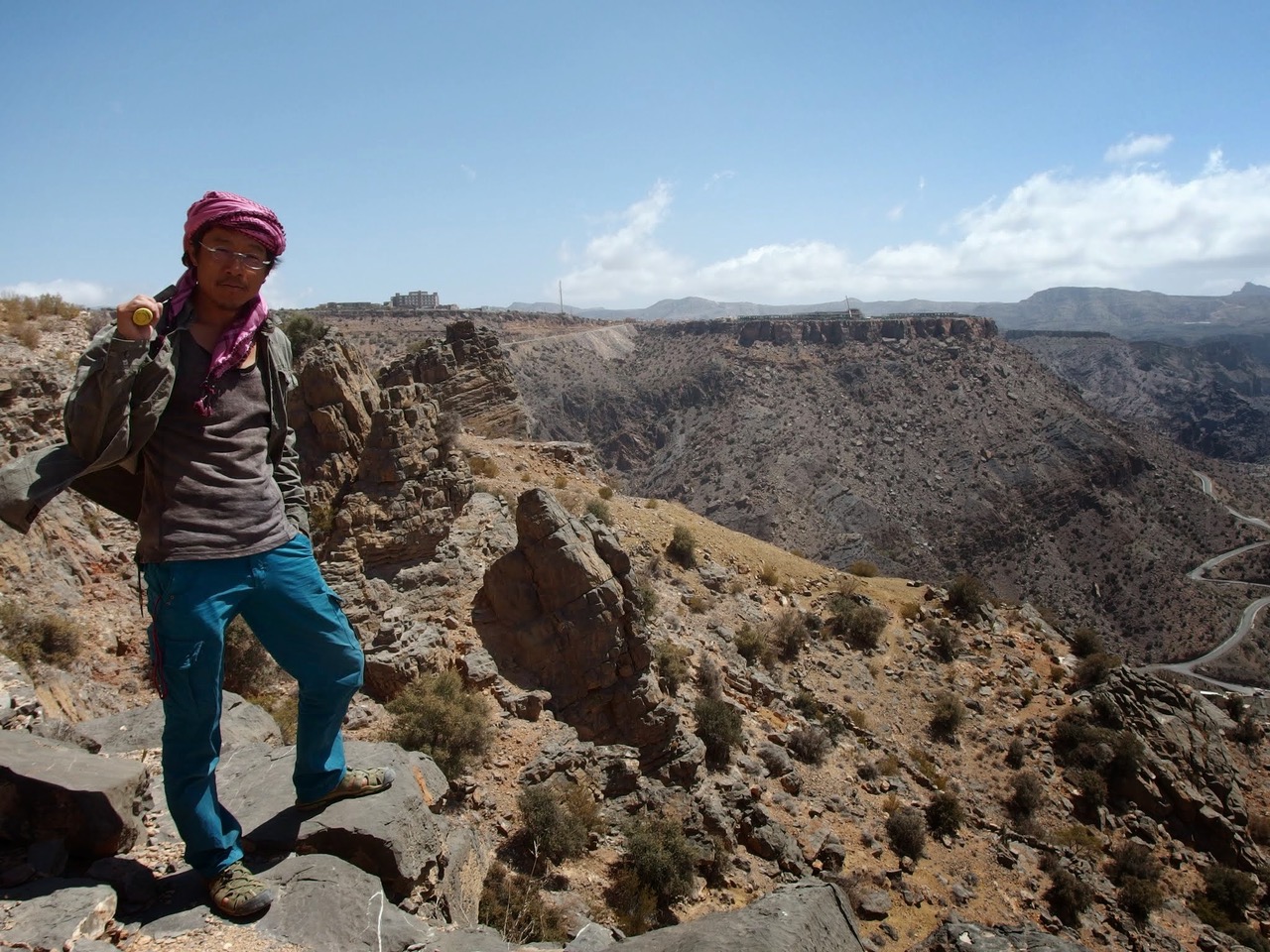