Couples showing off: Songbirds are more passionate in front of an audience

A couple (left) and a single male (right) of blue-capped cordon-bleus. Photo taken by Nao Ota.

Both sexes of a songbird called the blue-capped cordon-bleu intensify courtship performances that involve singing and dancing in the presence of an audience, especially if it is a member of the opposite sex, an international team of researchers has discovered.

Mutual courtship displays have generally been understood as a form of private communication between a male and a female, and many researchers have focused on this aspect. The cordon-bleu is a socially monogamous songbird found in Africa. In its courtship display, both sexes sing and sometimes add a unique dance that resembles tap dancing.

Birds that live in flocks like cordon-bleus are thought to carry out courtship communications in the presence of other birds. However, very little research has been conducted on whether the individuals performing courtship displays are influenced by the presence of other birds. In the present study published in Science Advances, researchers from Hokkaido University in Japan and the Max Planck Institute for Ornithology in Seewiesen, Germany, focused on this so-called audience effect.

In the experiment, the researchers placed paired couples in situations with and without an audience and observed their behavior.

The researchers found that cordon-bleu couples tended to sing more courtship songs accompanied by dancing when an audience — especially if it is a member of the opposite sex — is present. In contrast, courtship displays without dancing were suppressed. As the birds were directing their courtship dancing toward their partners rather than the audience, Nao Ota of the research team concludes: “Performing a more elaborate courtship display toward a partner likely is meant to advertise the relationship to other individuals, which is a significant act among birds who live in flocks.” Researchers hypothesize that loyalty and bonding are necessary for cordon-bleu pairs to maintain long-term coupling relationships.

“This could provide insights into how complex communication signals have developed among animals, including human beings, that establish coupling relationships,” Nao Ota added.

Songbird couples tended to tap more frequently while singing when an audience is present. 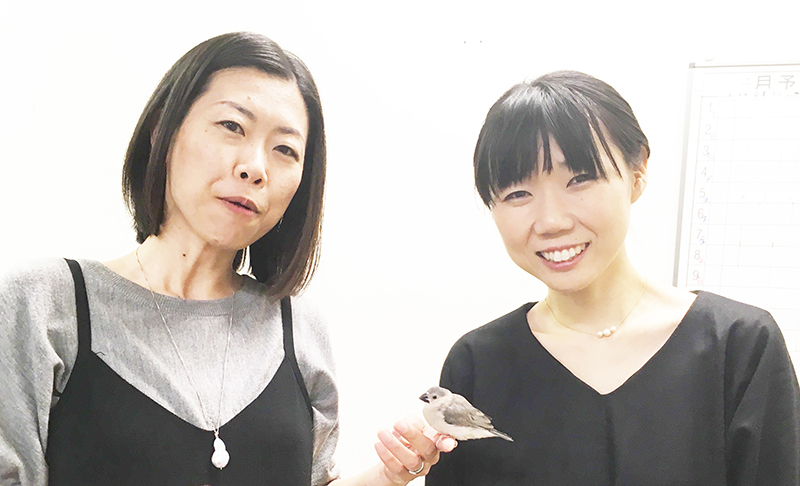