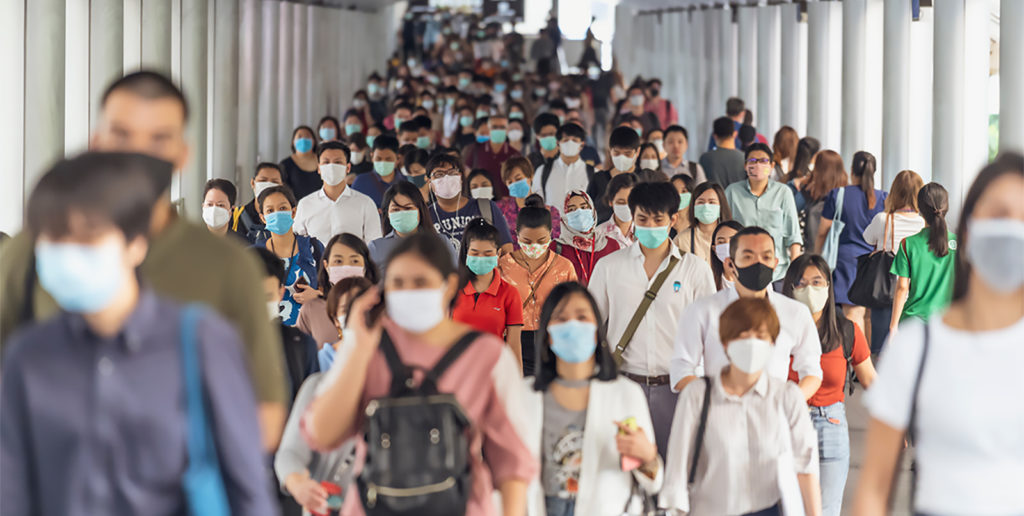 Scientists at Hokkaido University and colleagues in Japan have demonstrated a quick and effective mass testing approach using saliva samples to detect individuals who have been infected with COVID-19 but are still not showing symptoms. Their findings were published in the journal Clinical Infectious Diseases.

Many of the world’s governments are showing reluctance to re-institute full national lockdowns as second waves of COVID-19 infections loom on the horizon. Testing and tracing systems will need to be ramped up in order to detect and isolate people who have the virus as early as possible.

Teshima and colleagues tested and compared the nasopharyngeal swabs and saliva samples of almost 2,000 people in Japan who did not have COVID-19 symptoms. Two different virus amplification tests were performed on most of the samples: the PCR test, which is now well-known and widely available around the world, and the less commonly used but faster and more portable RT-LAMP test.

The number of positive and negative results in all samples was very similar, with the nasopharyngeal swabs and saliva samples able to detect those with the infection in 77-93% and 83-97% of subjects, respectively. Both two tests were also able to identify those without the infection in greater than 99.9% of subjects. The virus loads detected in nasopharyngeal swab and saliva were equivalent and highly correlated. Teshima says, “PCR sensitivity is much higher than previously thought 70% that came from initial data of symptomatic patients.” 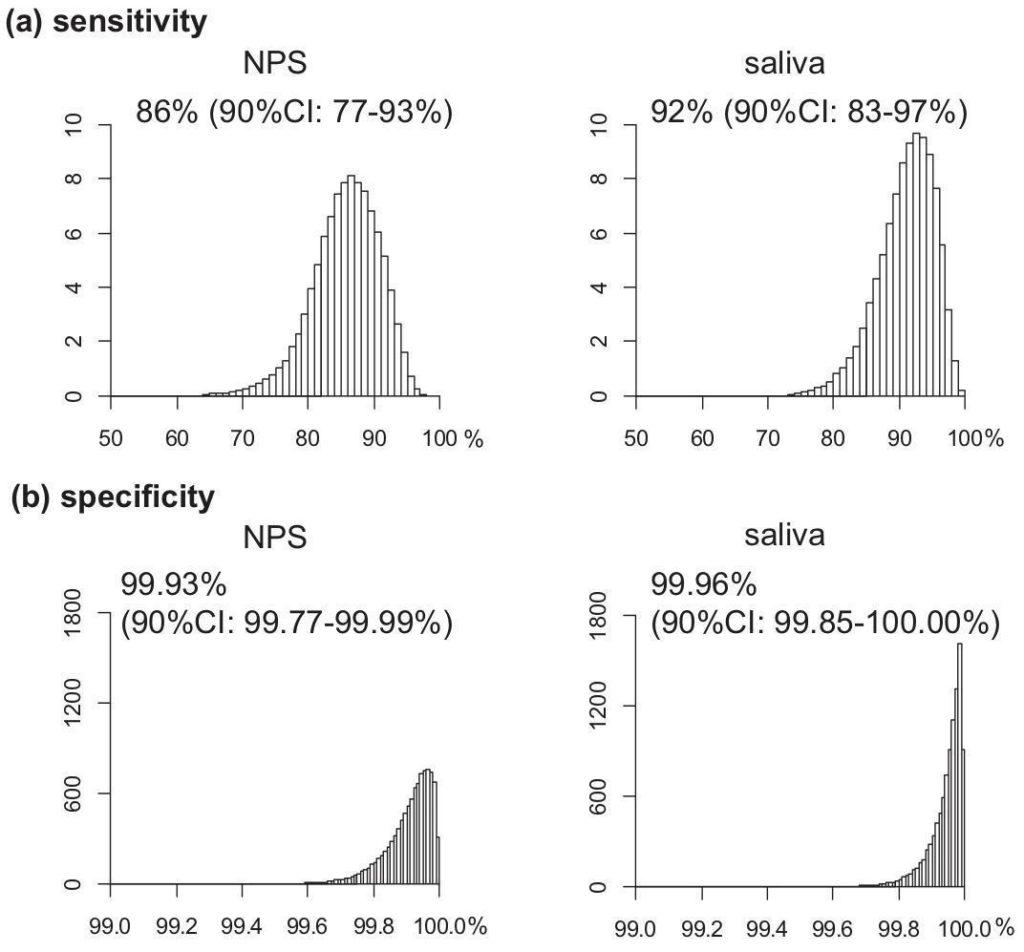 While finding both nasopharyngeal and saliva samples have high sensitivity and specificity to the SARS-CoV-2, Teshima says “Saliva testing has significant logistic advantages over the commonly used nasopharyngeal swab testing.” “Self-collection of saliva is painless for examinees, and more importantly, it eliminates the close contact with the examiners, reducing the risk of viral exposure.”

“We also found that it is unlikely that the sensitivity of RT-LAMP is significantly less than that of the PCR test, suggesting that it might be a useful alternative for diagnosing COVID-19 infection, especially where diagnosis is required at the point of sample collection, like in sports venues or at airports,” says Teshima.

Researchers point to a limitation of the study that they did not follow up with clinical outcomes. Nonetheless, they suggest that the results give good indication that mass screening using self-collected saliva and rapid RT-LAMP testing could provide easy, non-invasive, quick and relatively accurate results, with minimal risk of viral transmission to healthcare workers. 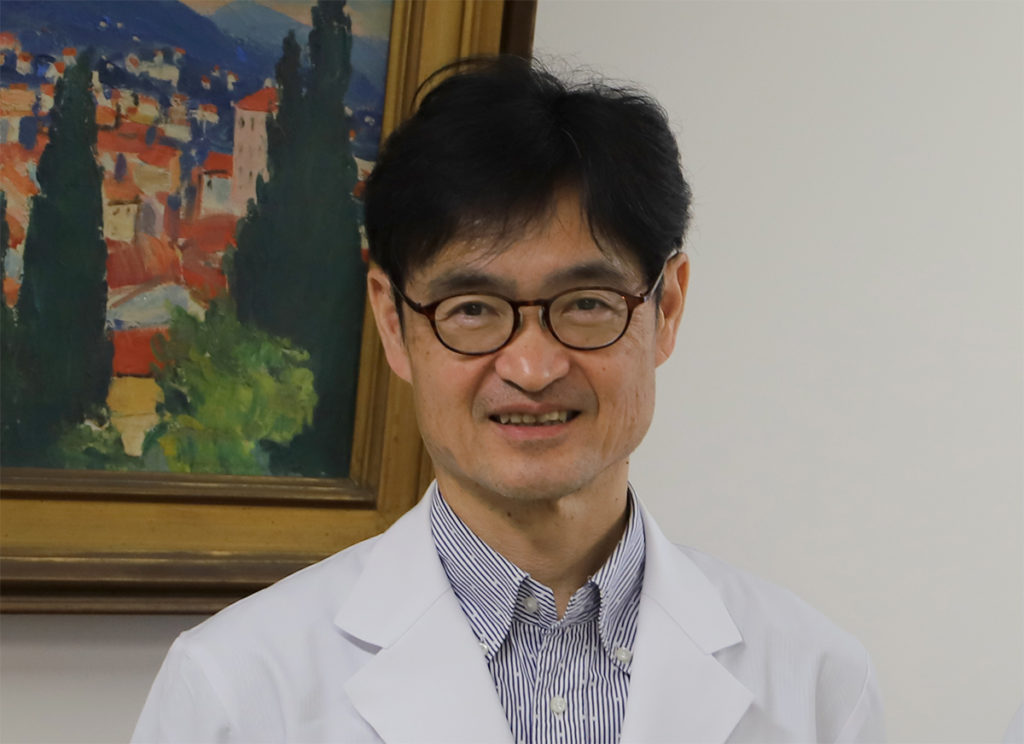 This study was supported by Health, Labour and Welfare Policy Research Grants (20HA2002).