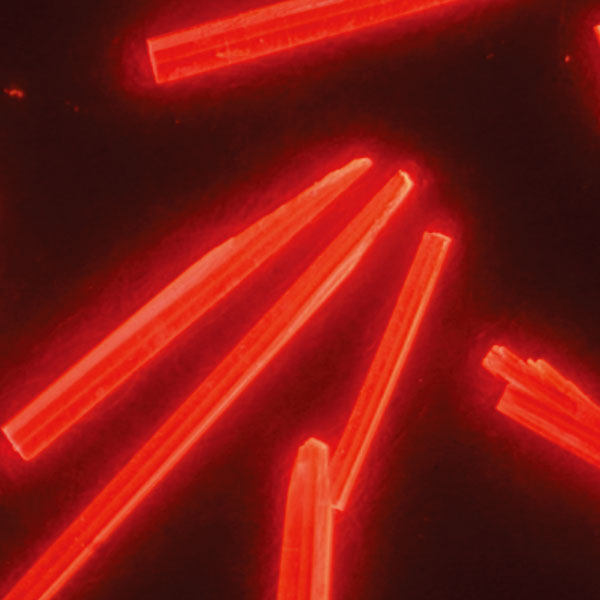 Generally, a crystal is the solidification of chemical compounds in which molecules are neatly aligned. It requires a considerable amount of energy to change the robust crystal structure of inorganic substances, but those among organic crystals – which likewise have orderly aligned molecules – undergo structural transformation with a small input of energy. Such molecular crystals, which exhibit clear visual changes in response to weak stimuli, are termed “soft crystals.” 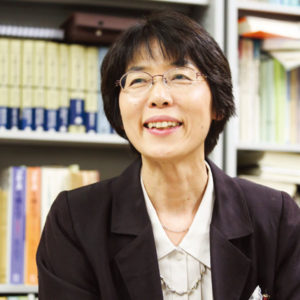 Masako Kato of Hokkaido University, who has long been fascinated with luminescent metal complexes, noticed something unusual when she was examining how platinum complexes become excited when irradiated with light.

“Platinum complexes diffused in a solution do not shine, but do emit light after they are crystalized with a regularly aligned structure, where platinum atoms are located with a short contact forming electronic interactions. That’s why we were crystalizing platinum complexes,” Kato said. However, in experiments they conducted in the early 2000s, they discovered a particular crystalized platinum complex didn’t shine at all. “I was puzzled because the crystal, when I examined its structure, was supposed to emit light,” Kato said.

“I talked to my student who conducted the experiment about what went wrong, and left the crystals as they were. Surprisingly, after a few hours, we found the crystals started shining. We later found that acetonitrile had snuck into the crystals, and that was vital to understanding the phenomenon.”

When crystalizing molecules in a solution, solution molecules can often get into the crystals, not as an impurity, but rather as constituents of the orderly aligned molecules in the crystal. For example, water molecules often enter the crystal structure. In the experiment conducted by Kato’s team, acetonitrile – which was used as an organic solvent – penetrated the crystals and prevented them from shining. When the temperature rose with light irradiation, the acetonitrile vaporized and allowed the crystals to emit light. 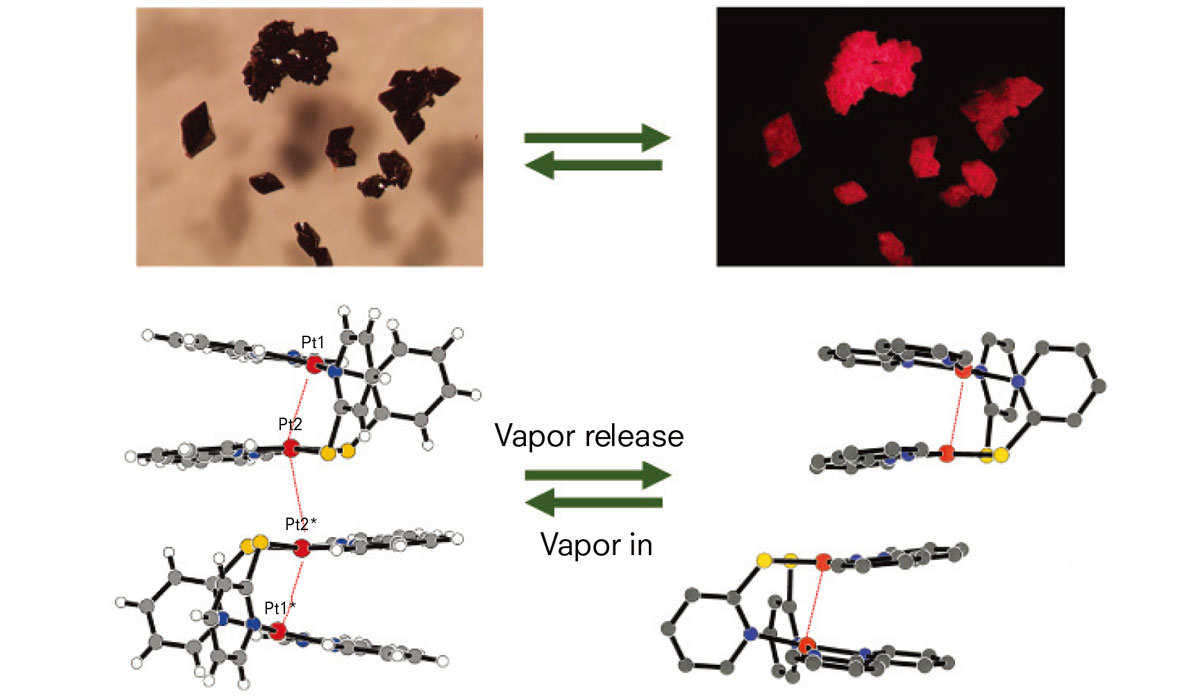 The reverse was also true. The crystal switched back to the non-emissive state immediately upon exposure to acetonitrile vapor. Platinum complexes are known to change their color and luminescent properties based on their metal-metal interactions. The team investigated possible structural changes in the crystal that causes the luminescent switch and found acetonitrile alters the spatial arrangements of platinum ions.

“Since we didn’t know – and still don’t – the principles behind the crystal’s structural change upon the uptake of vapor molecules, the only option was to study how crystals of newly synthesized metal complexes changed when exposed to various kinds of vapor,” Kato said. “We also made crystals with porous supramolecular structures to make it easier for vapor to penetrate into crystals.”

During years of research, Kato’s team succeeded in synthesizing metal complexes that exhibit various vapochromic responses. To cite one example, Kato developed a nickel (II) complex that changes color and magnetism by taking up alcohol. The complex changes from paramagnetism to diamagnetism when exposed to ethanol vapor, but changes from diamagnetism to paramagnetism when exposed to methanol, also a kind of alcohol but with a different toxicity to a living body.

Such a system has high potential for applications in chemical sensors and smart responsive materials. Vapochromic materials capable of switching color and their spin state are particularly promising for developing rewritable optical and magnetic memory devices. Kato will continue focusing on fundamental chemistry research to unravel the mechanism that triggers vapochromism, which could open up avenues for designing a wide range of vapochromic materials.

Kato has launched a project to research soft crystals more comprehensively, together with Professor Hajime Ito of Hokkaido University, who is researching mechanochromism, in which the optical properties of crystals change upon mechanical stimuli. Kato, a synthetic chemist by training, plans to encourage the participation of researchers from different fields, such as computational chemistry and theoretical chemistry, in their efforts to understand the principles behind crystal structural change that happens with weak stimuli.