Revelations about a protein expressed in fetal cells could provide novel insights into its function and future immunosuppressive therapies. 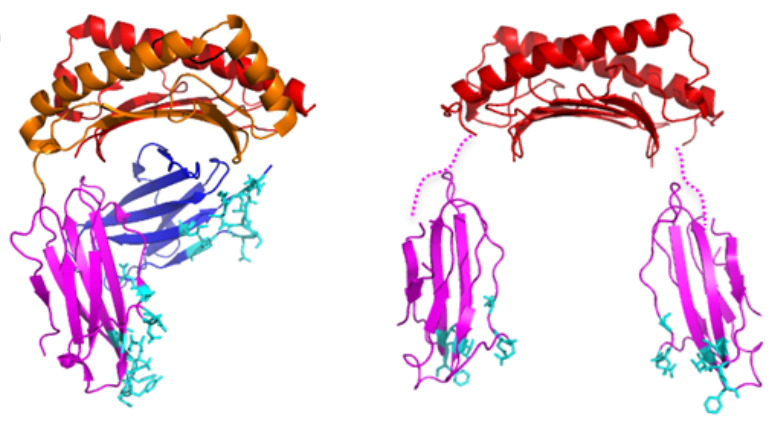 Researchers at Hokkaido University together with colleagues in Japan have uncovered the structure of a protein that protects embryos from being attacked by their mothers’ immune system. Further understanding of this protein could give rise to immunosuppressive therapies.

Trophoblasts are cells found in the outer layer of the developing embryo that form part of the placenta. They express a type of protein called human leukocyte antigens-G (HLA-G) which interacts with receptors on the maternal cells to suppress immune responses to the embryo during pregnancy.

The structures of HLA-G1, the major form of HLA-G, are well understood. Interestingly, individuals whose cells lack HLA-G1 could be born and healthy. Researchers believe this is because they can express another form, HLA-G2, which should compensate for the loss of the former’s function. But the structure of HLA-G2 has been largely unknown.

In a study published in the Journal of Immunology, the team investigated the structure of HLA-G2 by a single particle electron microscopy.

Surprisingly, the structure of HLA-G2 was completely different from HLA-G1, but was similar to another class of human leukocyte antigens called HLA class II. This suggests that the HLA-G gene evolved from the same ancestral gene as HLA class II.

They also found that HLA-G2 make pairs called homodimers which strengthen the binding to the receptors. HLA-G1 is also known to form homodimers but in a different manner. Furthermore, their biochemical analysis revealed that HLA-G2 bound strongly to a leukocyte immunoglobulin-like receptor B2 (LILRB2), but not to LILRB1. By contrast, HLA-G1 binds strongly to both receptors.

Previous research by the Hokkaido University team showed that, in addition to its protective role during pregnancy, the HLA-G2 protein had an anti-inflammatory effect when injected into collagen-induced arthritis mice.

“A narrower target specificity of HLA-G2 could be advantageous in developing immunosuppressive drugs with less side-effects. We suggest further investigations to elucidate the structure of the HLA-receptor complex for a more precise understanding of this interaction,” says Katumi Maenaka, the corresponding author at Hokkaido University.