Variations in the depth of snow cover in the Arctic region from late winter to spring determines the summer temperature pattern in Eurasia, according to Hokkaido University researchers. In particular, deeper-than-usual snow cover in Western Russia enhanced the likelihood of summer heat waves in Europe and Northeast Asia in recent years.

Persistent abnormally hot weather can cause negative impacts on human health, agriculture, and natural environments. A heat wave — a spell of hot days with the mercury rising much higher than the average temperature — has been reported more frequently in Europe and Northeast Asia in recent years. 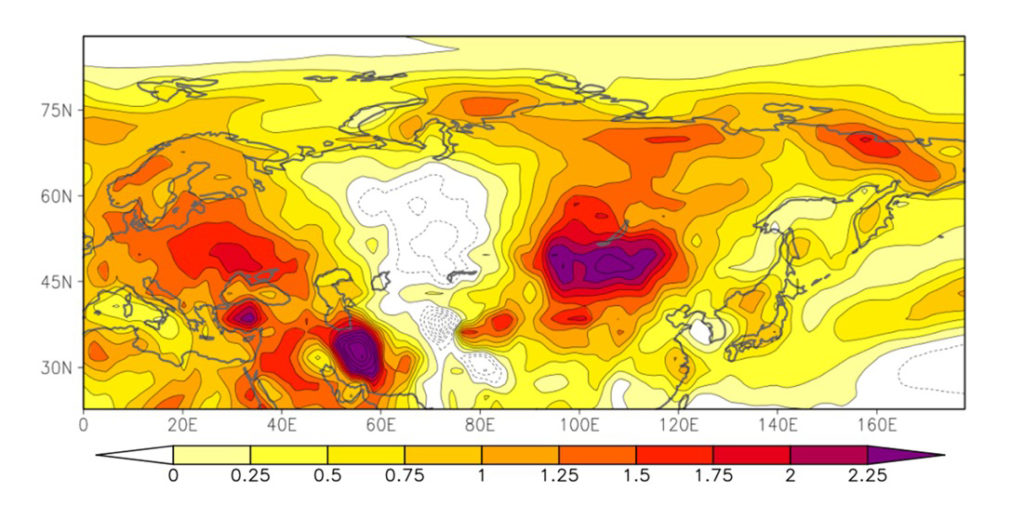 Differences in surface air temperatures (in June–August) between the 1980s and 2000s. The summer temperatures steeply rose in Europe and Northeast Asia, while the margin of the temperature rise in Western Russia is minor, showing a heterogeneous pattern of temperature changes from the east to west. (Sato T. and Nakamura T., Scientific Reports, July 26, 2019)

“Internal atmosphere–land interactions in Eurasia are believed to be an important factor in triggering abnormal summer temperatures. However, the exact reasons for such interactions causing heat waves remain largely unclear,” says Associate Professor Tomonori Sato of the research team.

The researchers then discovered that when Western Russia had a deeper-than-usual snow cover in late winter and spring, the wave train-like distribution of temperatures appeared. When deeper snow accumulation occurs, more moisture retains in the soil after snowmelt. The soil moisture then prevents the summer temperature from rising, which is a likely cause for making the westerlies meander, thus causing the surrounding regions to experience high temperatures.

“Our finding could help improve the accuracy of summer weather forecasting and help mitigate the adverse impacts from abnormal weather in the future,” says Tomonori Sato. 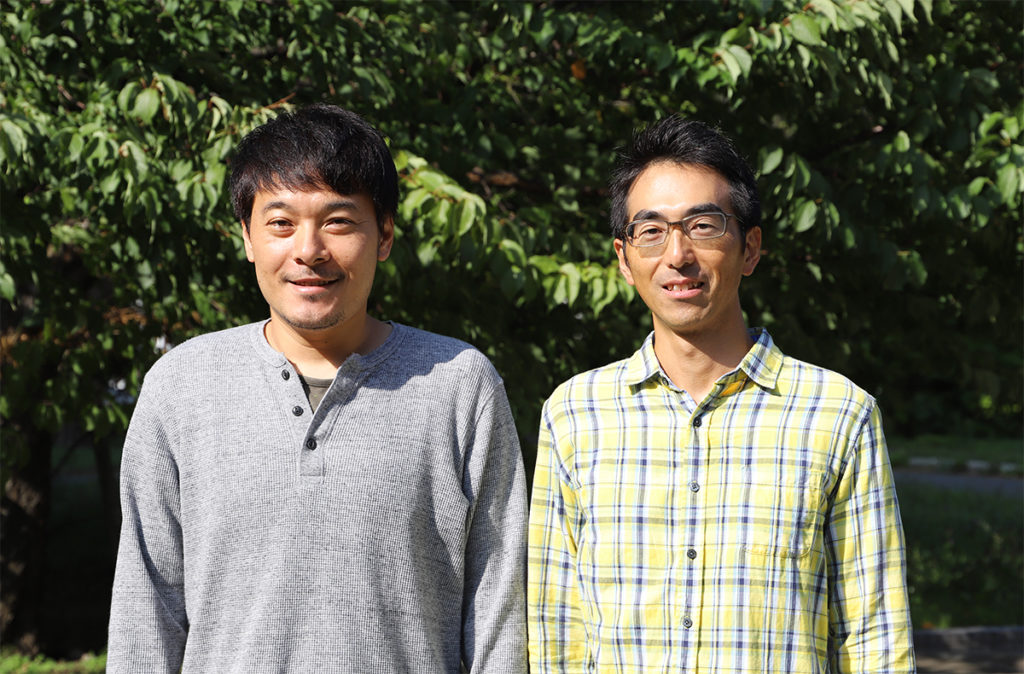 The study was supported by the Ministry of Education, Culture, Sports and Science and Technology (MEXT)’s Arctic Challenge for Sustainability (ArCS) Project and the Japan Society for the Promotion of Sciences (JSPS)’s Grant-in-Aid for Young Scientists A (15H05464).