Detecting Alzheimer’s disease in the blood

Researchers from Hokkaido University and Toppan have developed a method to detect build-up of amyloid β in the brain, a characteristic of Alzheimer’s disease, from biomarkers in blood samples. 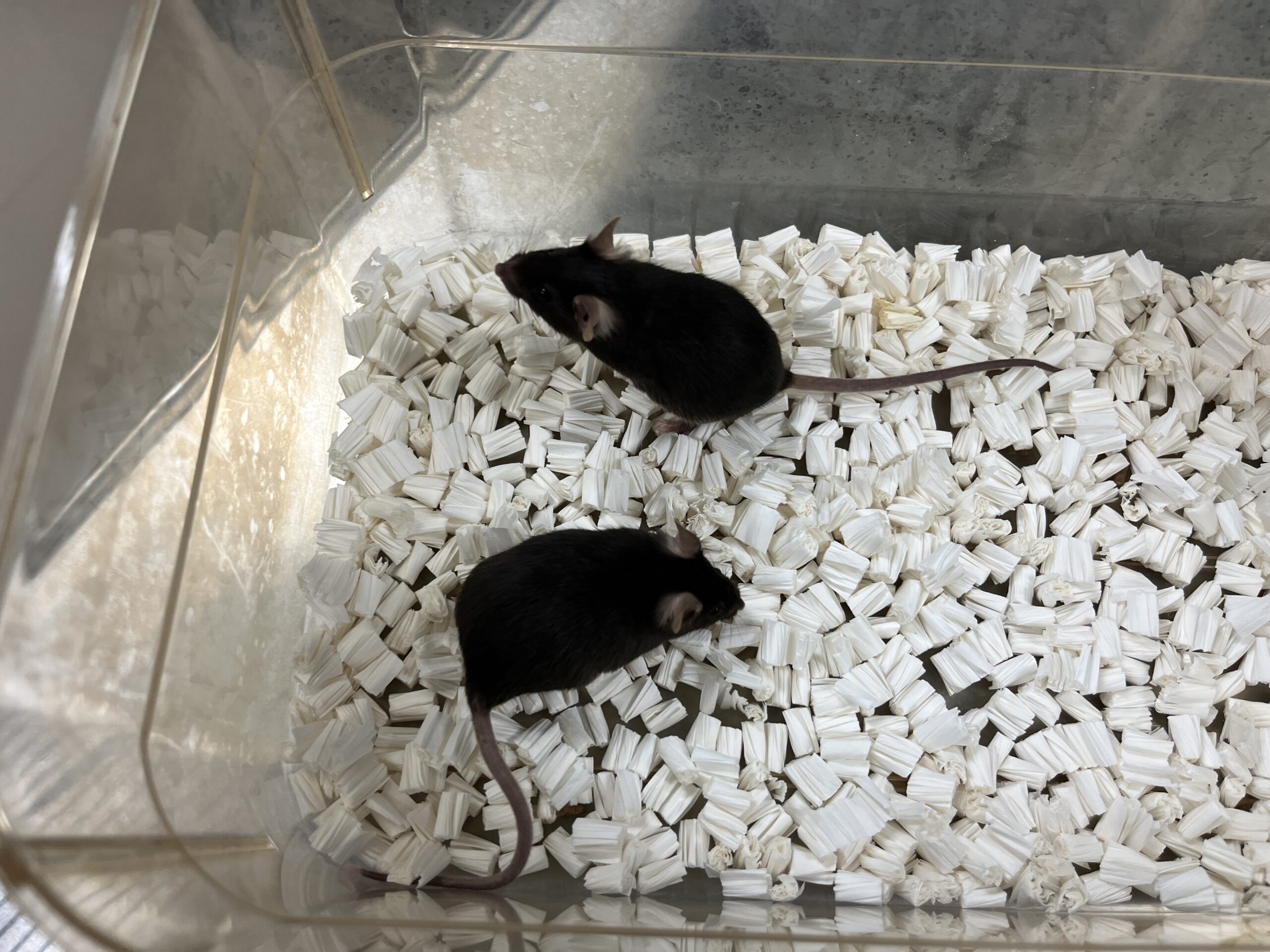 A team of scientists from Hokkaido University and Toppan, led by Specially Appointed Associate Professor Kohei Yuyama at the Faculty of Advanced Life Science, Hokkaido University, have developed a biosensing technology that can detect Aβ-binding exosomes in the blood of mice, which increase as Aβ accumulates in the brain. Their research was published in the journal Alzheimer’s Research & Therapy.

In addition to the lack of effective treatments of Alzheimer’s, there are few methods to diagnose Alzheimer’s. Alzheimer’s can only be definitively diagnosed by direct examination of the brain—which can only be done after death. Aβ accumulation in the brain can be measured by cerebrospinal fluid testing or by positron emission tomography; however, the former is an extremely invasive test that cannot be repeated, and the latter is quite expensive. Thus, there is a need for a diagnostic test that is economical, accurate and widely available.

Previous work by Yuyama’s group has shown that Aβ build-up in the brain is associated with Aβ-binding exosomes secreted from neurons, which degrade and transport Aβ to the microglial cells of the brain. Exosomes are membrane-enclosed sacs secreted by cells that possess cell markers on their surface. The team adapted Toppan’s proprietary Digital Invasive Cleavage Assay (Digital ICATM) to quantify the concentration of Aβ-binding exosomes in as little as 100 µL of blood. The device they developed traps molecules and particles in a sample one-by-one in a million micrometer-sized microscopic wells on a measurement chip and detects the presence or absence of fluorescent signals emitted by the cleaving of the Aβ-binding exosomes.

Concept for digital detection of amyloid β-binding exosomes in the blood of an Alzheimer’s disease model mouse (Kohei Yuyama).

When tested on mice models, the Aβ-binding exosome Digital ICATM (idICA) showed that the concentration of Aβ-binding exosomes increased with the increase in age of the mice. This is significant as the mice used were Alzheimer’s disease model mice, where Aβ builds up in the brain with age. 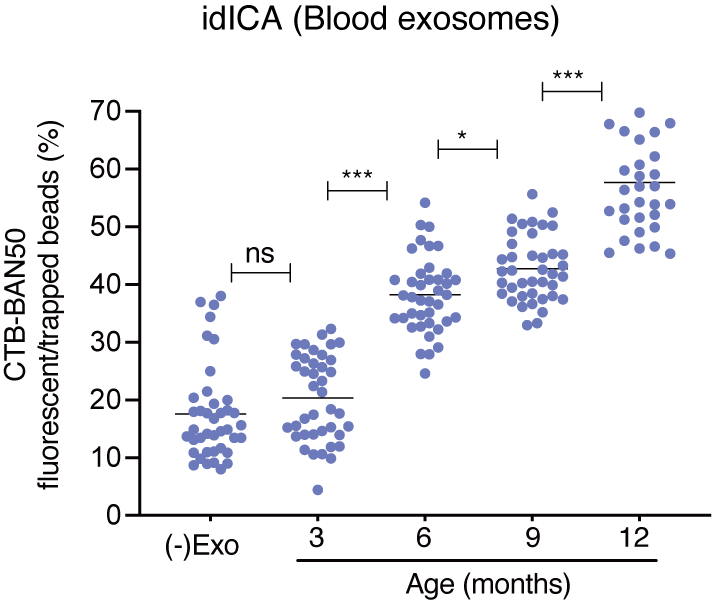 Clinical trials of the technology are currently underway in humans. This highly sensitive idICA technology is the first application of ICA that enables highly sensitive detection of exosomes that retain specific surface molecules from a small amount of blood without the need to learn special techniques; as it is applicable to exosome biomarkers in general, it can also be adapted for use in the diagnosis of other diseases.

Laboratory of Biomembrane and Biofunctional Chemistry