Developing immunotherapy to save animals

Hokkaido is Japan’s top dairy farming region, producing 52 percent of the country’s domestic milk. In recent years, however, some dairy and livestock farmers have been severely squeezed economically due to the steep rise in the number of cattle afflicted by intractable diseases. Partly because research and development of drugs for animals takes a backseat to that of drugs for humans, many animal diseases still remain uncontrollable.

Associate Professor Satoru Konnai of the Faculty of Veterinary Medicine is one researcher dedicated to developing new treatments for pets, domesticated animals, and even wild animals in Africa and elsewhere. 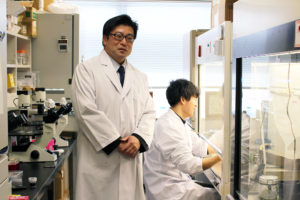 Konnai, who as a boy dreamed of becoming a “doctor for cows,” was born and raised in the Eastern Hokkaido town of Shiretoko-shari, where dairy farming is a key industry.  After studying pathology as an undergraduate, he studied immunology at the graduate level.

As a researcher, Konnai examined infectious diseases and tried to develop vaccines, but he inevitably came across instances of cows with intractable diseases for which no vaccine was effective. As he struggled to find effective treatments, he read an article about an “immune checkpoint,” a phenomenon triggered by certain proteins putting the brake on immune cells that attack cancerous cells. This inspired him to start developing an immune checkpoint inhibitor, whose effectiveness on bovine leukemia was demonstrated in 2017.

According to a survey conducted by the government, the number of cows suffering from bovine leukemia has surged in Japan. In 1998, fewer than 100 cows were afflicted with the intractable illness, but in 2017 that number skyrocketed to 3,383, including 607 cases in Hokkaido. About 35 percent of cows in Japan have been infected with the bovine leukemia virus, making it extremely difficult to cull all infected cattle.

Against this backdrop, Konnai’s immune checkpoint inhibitor offers relief for cows and dairy/livestock farmers alike. Anti-virus immunity was boosted and virus counts decreased after infected cows were administered with the inhibitor during his team’s experiments. Expectations are also high that the inhibitor can become a new treatment for other intractable bovine diseases. 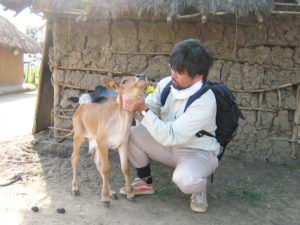 “We are conducting clinical research at this stage, but to commercialize it, we need to lower the drug’s price to below the price of a cow, which is a thorny task,” Konnai admitted. “So we are researching technologies to mass-produce the drug.”

Konnai expects that acquiring governmental approval for the drug’s commercial production will be a hard task because domesticated livestock are eventually consumed by the public.

“Since I made the clinical research results public, I receive inquiries almost every day from farmers wanting to know when it will be available,” Konnai said. “My goal is to put the drug on the market as soon as possible.”

The research team led by Konnai has also developed an immune checkpoint inhibitor to treat canine cancer. As their lifespan lengthens, dogs are increasingly likely to develop cancer, and about 30 percent of dog deaths are said to be cancer-related. Conventional treatments – surgery, radiotherapy and chemotherapy – are physically grueling, cause side effects, and often are ineffective against certain types of cancers.

The situation demanded new treatment methods. In their experiments, Konnai’s team administered dogs suffering from cancer with the drug they developed, and they confirmed regression in the dogs’ tumors. 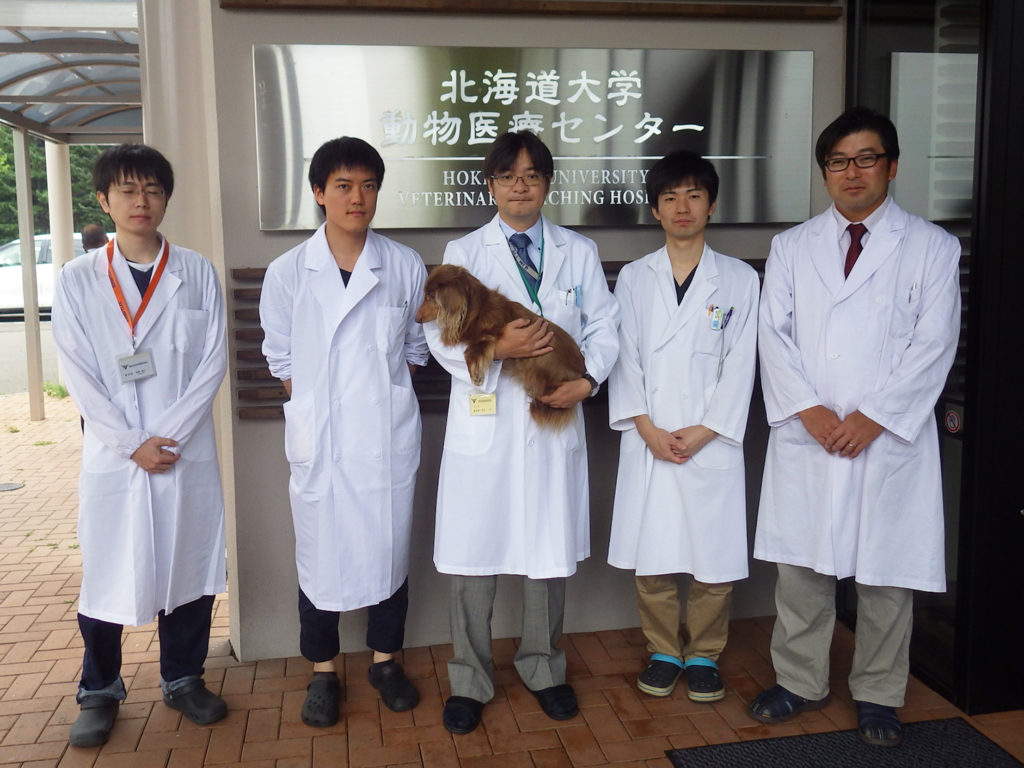 Konnai’s research team with a dog cured of cancer.

In theory, immunotherapy can treat any type of cancer with fewer side effects, but it is thought to be effective for only 30 percent of humans and animals alike.

“I am glad that immunotherapy has attracted a lot of attention since Professor Tasuku Honjo won the Nobel Prize in 2018,” Konnai said, referring to the Japanese immunologist.

“However, even immune checkpoint drugs will eventually be replaced by new ones. With this in mind, I have to think about new treatment methods for the next generation.”

Konnai’s endeavors are not limited to drug development to protect vital cattle resources and pet dogs in Hokkaido. His research is also geared towards wild animals, and he has conducted research in Kenya, the Philippines, Brazil and other corners of the world. 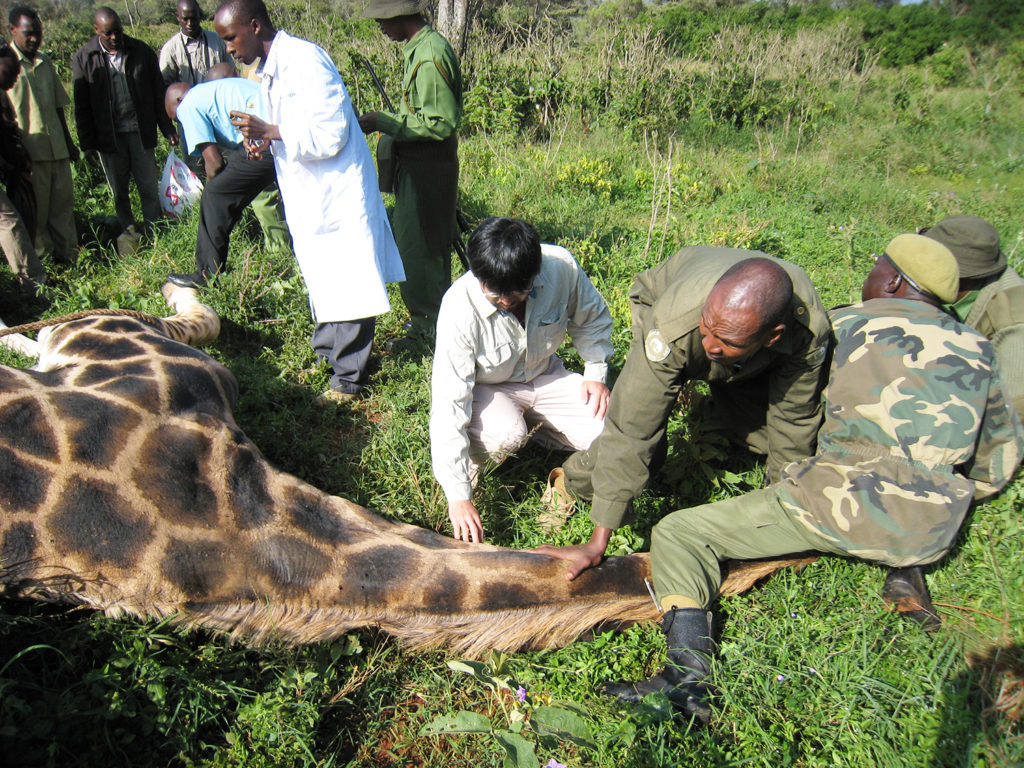 Konnai checks a wild giraffe for infectious diseases in Kenya.