Clonal ants appear to be diverse in responding to sweetened water, suggesting epigenetic regulation in behavioral variation and colony survival. 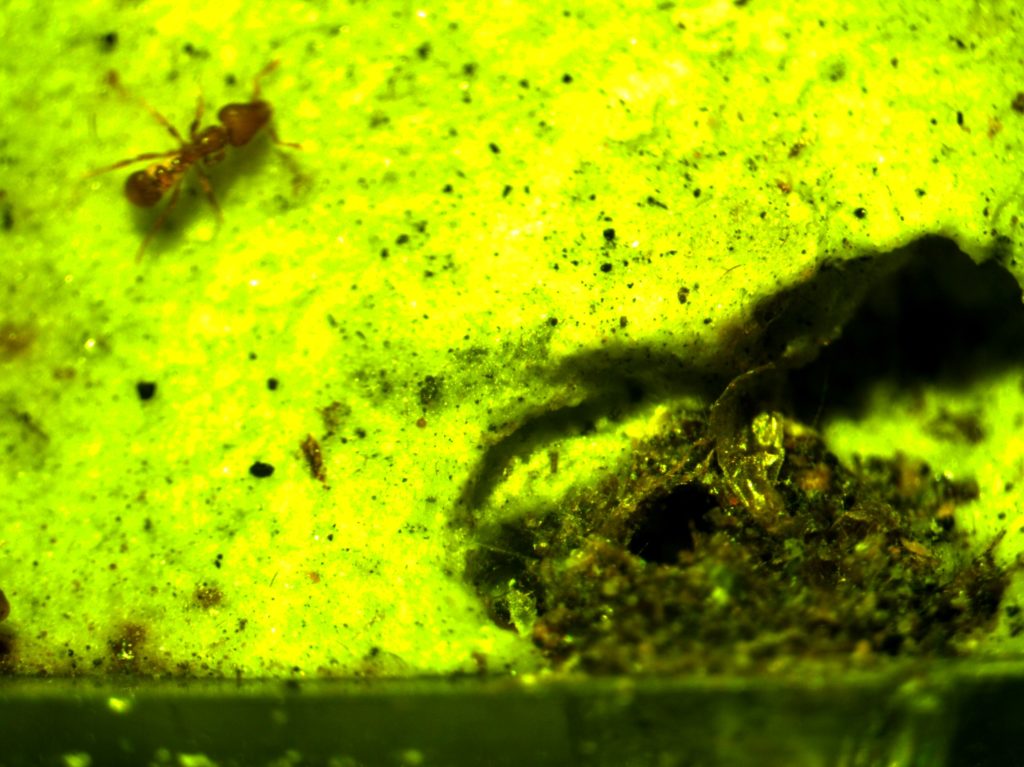 The ant species Strumigenys membranifera used in the experiments. Photo by Eisuke Hasegawa.

Genetically identical ‘clonal ants’ show surprising diversity in their attraction to sweetness, according to new research in the journal Royal Society Open Science. While differences in behavior and preferences among a species are usually attributed to genetic variation, the cause of multiple ‘phenotypes’ is less clear-cut for ants that are identical clones.

Colonies of some ant species such as Strumigenys membranifera reproduce by asexually cloning themselves, so have the same genes, with the exception of random mutations. Thus, their reactions to sweetened water should be the same if determined from birth.

Ecologist Eisuke Hasegawa of Hokkaido University and colleagues tested how strong a sucrose solution had to be to get individual ants to drink it within one minute of detection. This indicated the ants’ ‘response threshold’. They found significant variation between 82 workers from two groups of cloned ants. Some preferred a 1% sugar solution — the equivalent of diet soda, while others wouldn’t drink until it reached 10% — more like a regular soda.

The team had three hypotheses: that the threshold could be set during the larval stage and remain unchanged; it could increase or decrease in one direction with age; or it could be randomly determined by external factors during adulthood.

They observed ants that recently transformed from larvae to adults had a much stronger preference for the more concentrated sucrose solutions than the older adults. Furthermore, 44 % of adult ants shifted their threshold between the first test and a second test one month later. Some went up, others went down, while other individuals maintained their original preference.

These results indicated that threshold is not set at the larval stage and can change in adults over time, but is not determined by aging alone. That strongly suggests epigenetic modifications — chemical modifications to DNA that affect gene functions — are involved, the researchers argue. They plan to conduct further studies to confirm epigenetic changes are occurring in the clonal ants’ genomes.

The purpose for all this variety remains unclear but ecologists have found that response threshold variation supports long-term colony survival of social insects like bees and ants. For example, Hasegawa’s team previously found that colonies with both active and lazy ants had reduced short-term productivity, but persisted longer than colonies with only active workers.

“Our study shows even clonal colonies have behavioral variations that could affect the survival of the colon. This is of significance in the sense that temporal epigenetic regulation could lead to permanent changes to the genome, and therefore evolution,” says Hasegawa.