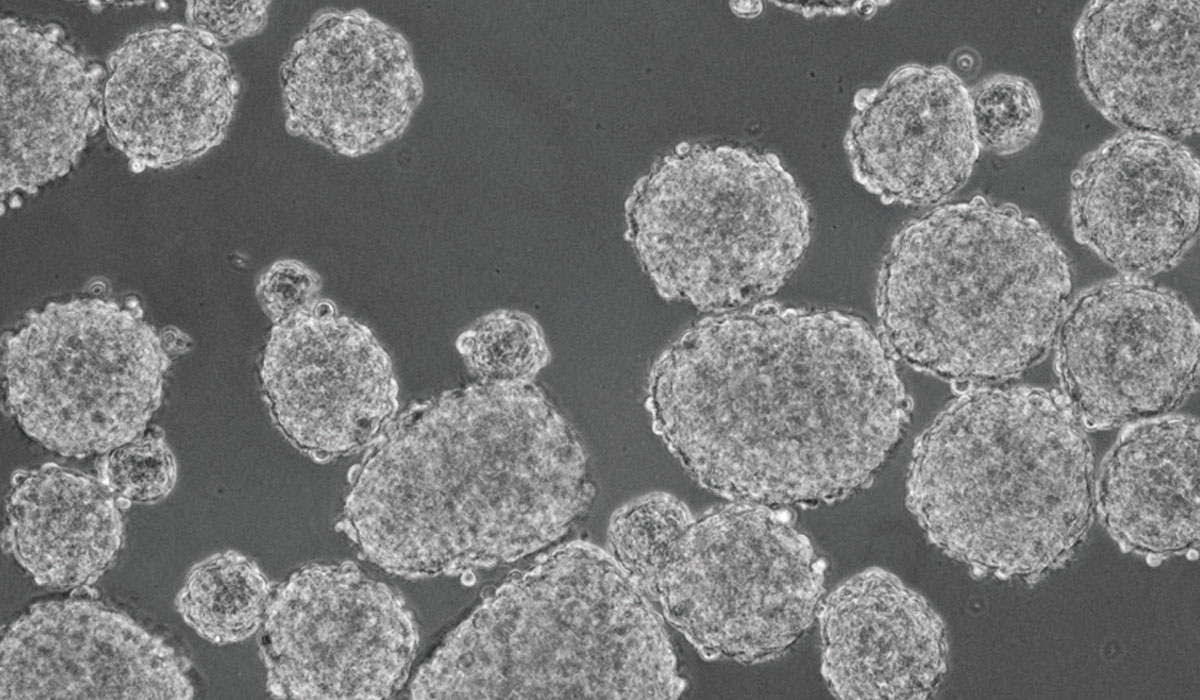 Medical professor Shinya Tanaka was puzzled to see cancer cells spinning and quickly growing into spheres during a 2012 experiment on a double network (DN) hydrogel, a tough biomaterial developed by Hokkaido University’s Laboratory of Soft & Wet Matter. He had placed brain cancer cells called glioblastoma on the DN gel, as a control for the experiment to explore how cartilage regenerates on the gel.

Tanaka used the cancer cells because he routinely examines such primary tumors as a pathologist. Glioblastoma is one of the hardest-to-cure cancer types with a poor postoperative prognosis. Its 5-year survival rate is approximately 8 percent.

“At first I thought the experiment was a failure. The spheres seemed to be made of dead cells,” Tanaka said. He nonetheless decided to examine the gene expression patterns of the Yamanaka factors, or the four genes (Oct3/4, Sox2, Klf4 and c-Myc) identified by Nobel laureate Shinya Yamanaka as being essential to reprogram cells.

“I gave it a try because the spheres on the DN gel looked similar to those formed by Yamanaka’s reprogramed cells, or induced pluripotent stem cells. Then, much to my surprise, I found there was a surge in the Yamanaka factors in our spheres.”

This finding prompted Tanaka to embark on a quest he had never intended – to discover what happens inside the spinning spheres of cancer cells. 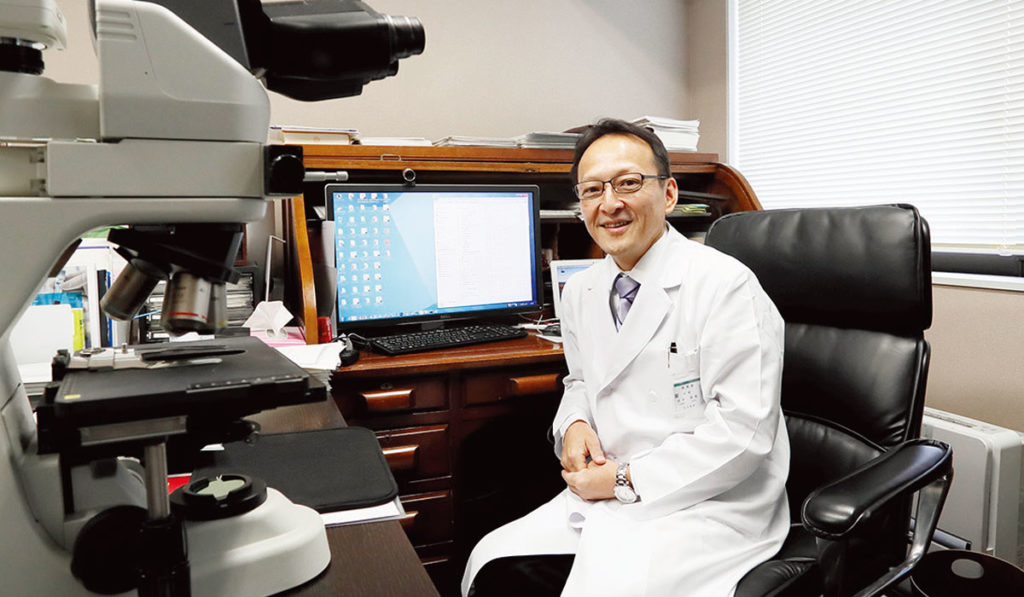 Subsequent research has indicated that the spheres grown on the DN gel contained a large number of cancer stem cells (CSCs), which are hardly found in primary tumors. Their preliminary experiments suggest that the CSCs are likely derived from differentiated cancer cells and their progenitors, both descendants of CSCs, implying the plasticity between those cell types. Tanaka and his team continue the investigation to characterize those cells.

A primary tumor is a heterogeneous mix of CSCs, progenitor cells and differentiated cancer cells. Only stem cells can trigger cancer recurrence or metastasis, but identifying them is extremely difficult because they only account for 0.0001 percent of tumor cells. CSCs are highly therapy resistant, which makes cancer treatment difficult. Even if only a small amount of CSCs remain after treatment, it raises the possibility of cancer recurrence or metastasis. This is because stem cells can reproduce themselves by cell division and at the same time produce more differentiated cells, or cancer cells in this case.

The use of DN gels, however, could facilitate the reprograming of progenitor and differentiated cancer cells into CSCs as well as multiplication of CSCs.

“The proportion of CSCs in the overall tumor cells jumped to, say, 80 percent,” Tanaka said. “And it happened in just 24 hours. It looks like the cells are just growing into spheres, but something drastic is happening inside.”

Tanaka’s team has seen positive results showing DN gel-induced CSCs trigger cancer when they are implanted in mice. The team is also investigating whether the DN gels induce the production of CSCs of not only brain tumors but also colon, cervical, lung, oral, colorectal, bladder and other cancers, without adding any supplements or growth factors to the culture medium.

DN gels have high potential in finding a suitable approach to treat cancer. “Further study should enable us to identify the type of recurrent cancer by determining the type of DN gel-induced stem cells,” Tanaka said. “Since the cells grow very quickly on the gel, we could swiftly decide how to treat the patient by using molecular target drugs effective against the specific cancer type. Each cancer patient needs a different treatment approach, which I have been acutely aware of as a pathologist. The gel will enable a treatment tailored to each patient.”

The gels also could help pharmaceutical companies develop cancer drugs to prevent a recurrence. CSCs produced from various cancers on the gels can be used to screen anticancer drugs selectively targeted at certain types of cancers. Using gel-induced CSCs is expected to slash the time required to develop new cancer drugs.

Tanaka is also hopeful that use of gels will lead to the production of healthy neurons that can be used to treat brain infarctions. “Some special gels are known to stimulate neural stem cells to differentiate into neurons and their supporter astrocytes. Gels could be novel tools to control cell differentiation in the future,” he said.

Tanaka believes the gels will play an essential role in the global fight against cancer, together with single-cell analysis, which opened new avenues to characterize intra-tumor heterogeneity, identify cell types, among other steps, to guide diagnosis and treatment. “I think the gels can pave the way for making groundbreaking medical care a reality,” Tanaka said. 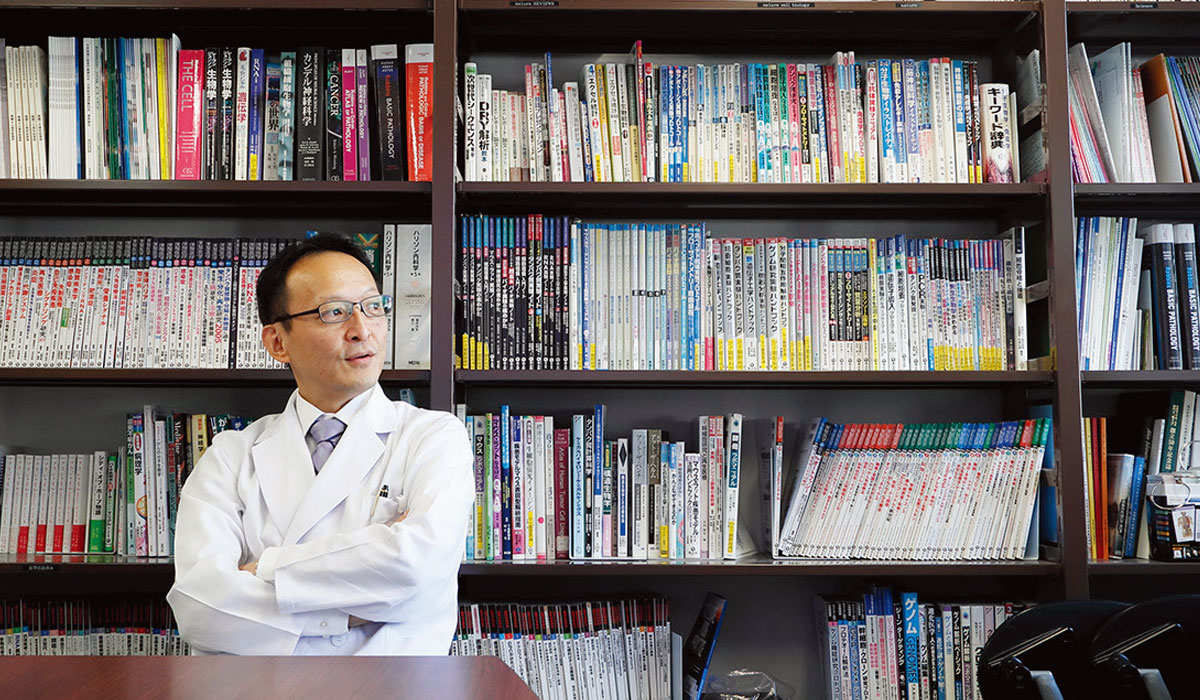