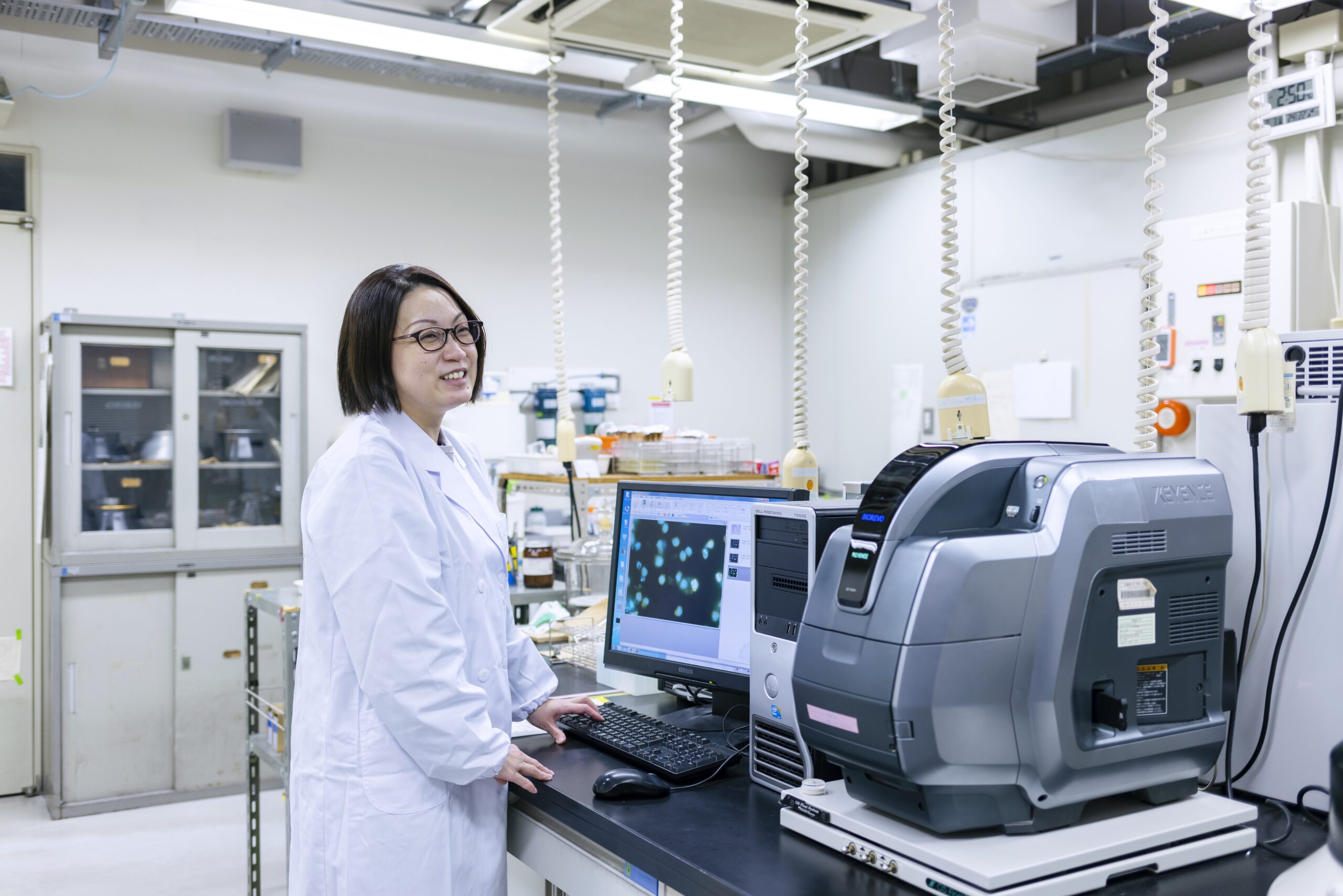 A Doctor of Science, Associate Professor Rui Kamada specializes in biochemistry, peptide chemistry, bio-related chemistry, cell biology, and functional biochemistry. Associate Professor Kamada completed a doctoral program in chemistry at the Graduate School of Science, Hokkaido University. After working as a research fellow at the Graduate School of Engineering, Kyoto University and a visiting fellow at the National Institutes of Health (NIH) in the United States, she became an assistant professor at the Faculty of Science, Hokkaido University in 2014. She assumed her current position in 2020 under the Ambitious Tenure Track System, which was established by the University to foster future research leaders. Associate Professor Kamada is a researcher of great promise for the future.

Pursuing a love of research to become a researcher

Immunity refers to the mechanism that protects the bodies of living organisms from pathogens including bacteria and viruses, eliminates cancer cells and dead cells that develop in the body. There are two types of immunity: innate immunity and adaptive immunity. Innate immunity, first defense of immune system, reacts rapidly and nonspecifically upon encountering a pathogen. On the other hand, adaptive immune response is slower to develop but is specific and results in classical immunological memory.

Adaptive immunity stores the genetic information of a pathogen that has invaded body tissue once and produced antibodies in the tissue, thereby preventing recurrence of the disease when the same pathogen invades the body again. Such a mechanism is called immune memory and has been considered to exist only in the case of adaptive immunity. Recently, however, it has been confirmed that immune memory is retained even in innate immunity. Dr. Rui Kamada of the Faculty of Science is conducting research to clarify how the various cells involved in innate immunity are produced and function. 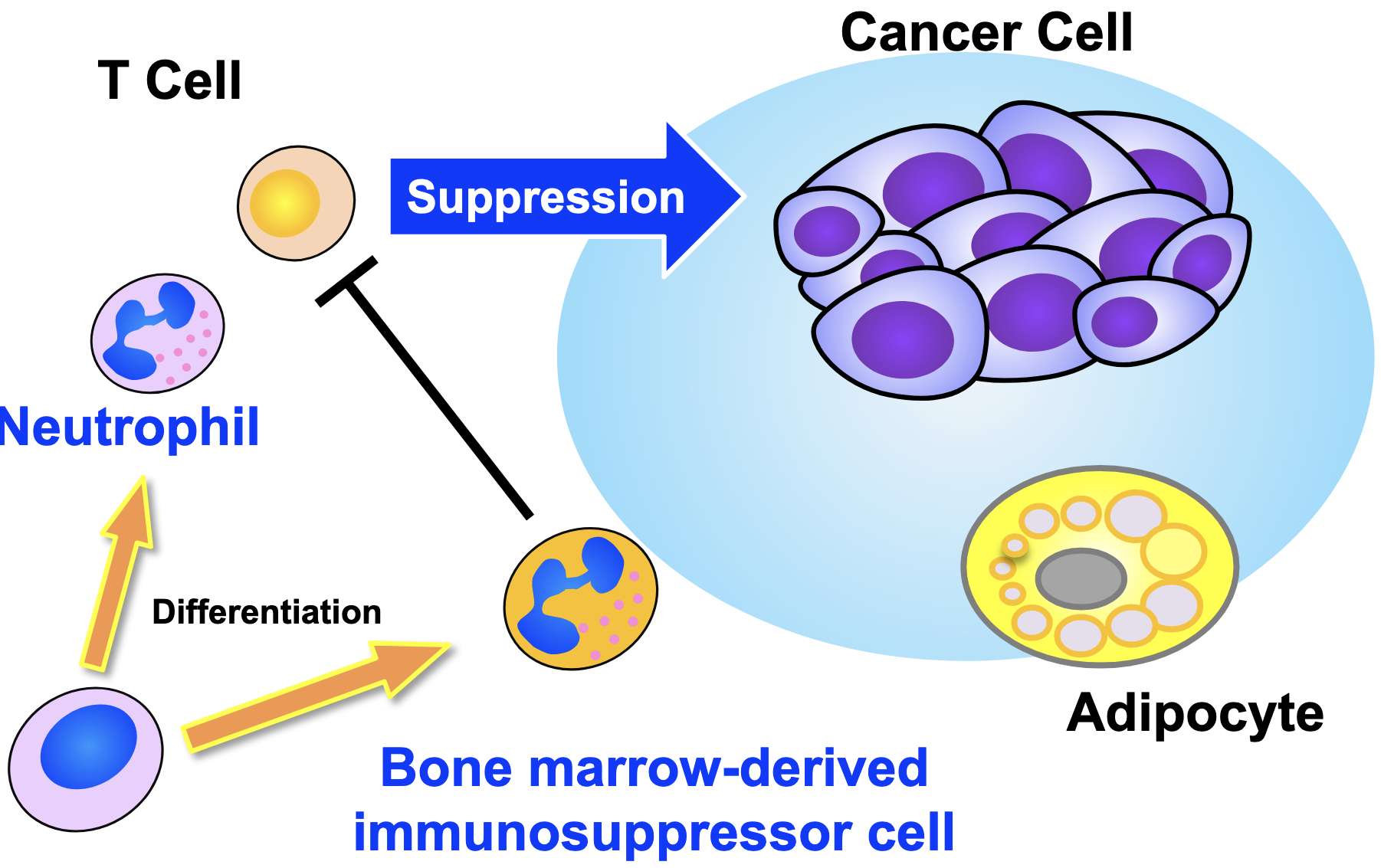 Focusing on cells responsible for innate immunity, such as neutrophils, she is conducting research on immune cells and cancer cells.

“When I was a child, my parents would take me to science and other museums, so I became interested in science. Even in high school, I liked science subjects and chose chemistry and physics. I found chemistry to be particularly interesting,” Dr. Kamada says. After graduating from Iwamizawa Higashi High School (Iwamizawa City, Hokkaido), she entered the Department of Chemistry, School of Science, Hokkaido University in 2002, where she encountered biochemistry, her current field of specialization. “During the course of my studies in the Department of Chemistry, I also became interested in organic chemistry, and I was a bit confused about which field to go into, but when being assigned to a laboratory in my junior year, I decided to go into biochemistry. I didn’t take biology in high school, but I wanted to do research on the life sciences from a chemistry perspective,” she says. As she pursued her undergraduate and graduate studies, she wondered what she could do to continue the research she loves and chose the path of a researcher. After working at Kyoto University’s Graduate School of Engineering and at the National Institutes of Health in the United States, she was appointed in 2014 as an assistant professor at the Faculty of Science of Hokkaido University, where she spent her student days. She has been conducting research on innate immunity in humans and other living organisms ever since.

Unraveling the mechanism of immune cells

Innate immunity is the mechanism by which immune cells take up and process pathogens to protect body tissue from pathogens. Immune cells that protect the body include neutrophils and other granulocytes, macrophages, T cells and B cells, and other cells with different functions. Out of these, Dr. Kamada focuses on neutrophils and has continued engaging in her research. “One hematopoietic stem cell differentiates to become immune cells with a variety of functions. Among them, I have analyzed how neutrophils, immune cells that have not received much attention, are differentiated and regulated. As a result, it has become clear that various types of neutrophils are produced in the cells, including cells that not only eliminate pathogens but also suppress the immune system. However, the mechanism by which the neutrophils that suppress the immune system are produced is not clear. I am identifying the factors and studying how cells go from an undifferentiated state to neutrophils and how they change into slightly specialized cells that suppress immunity, focusing on the proteins that regulate them,” Dr. Kamada says. In the course of her research on cells involved in innate immunity, she has also revealed the existence of immune memory in innate immunity and elucidated that interferon (a type of protein produced in the body when pathogens invade body tissue) is responsible for the mechanism behind innate immune memory. 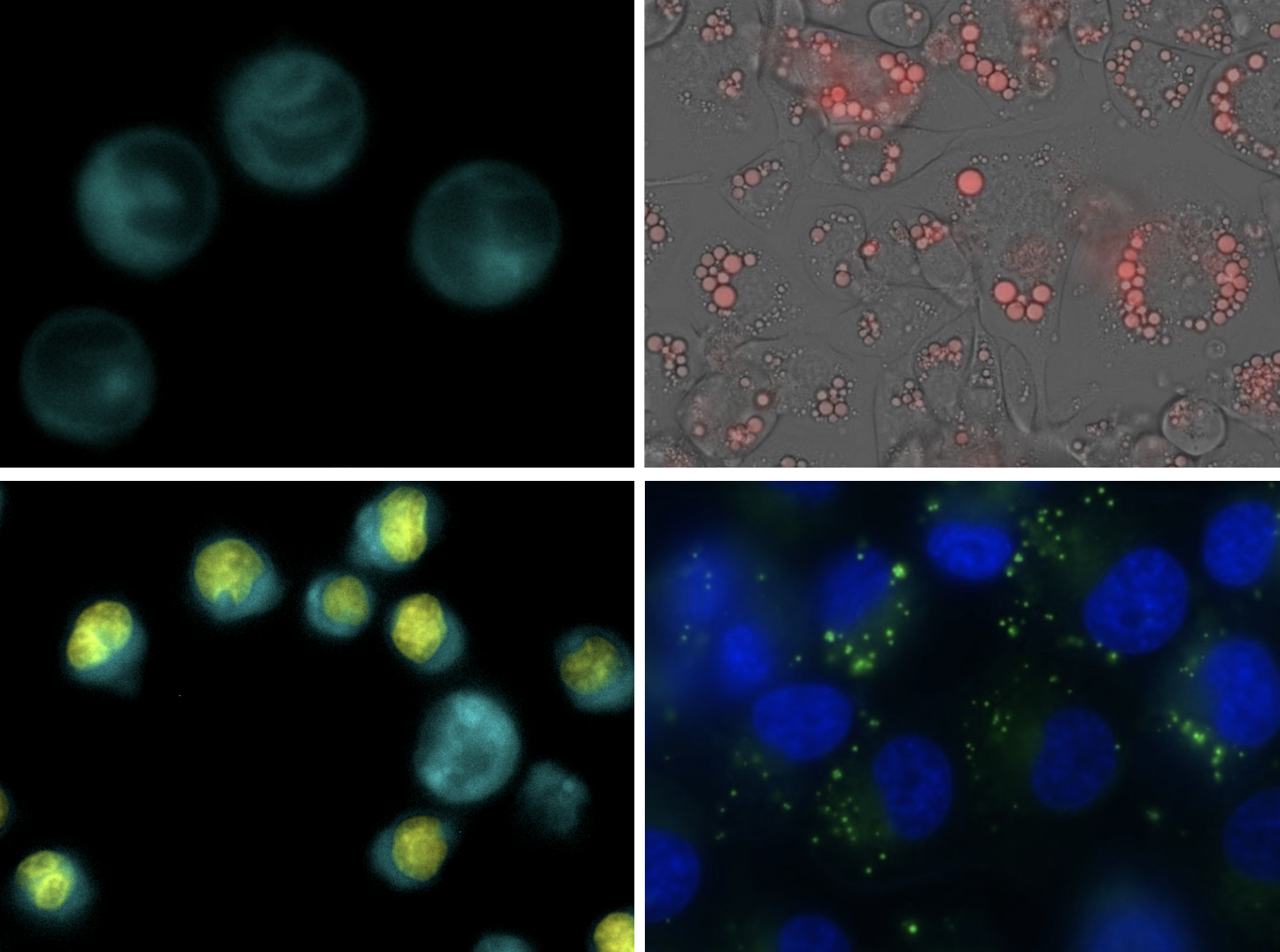 “Focusing on phosphatases (enzymes) that catalyze chemical reactions called dephosphorylation among proteins that play various roles in immune cells, I’d like to clarify neutrophils, which play an initial role in innate immunity; bone marrow-derived immunosuppressor cells, which are barriers to cancer immunotherapy; and the functional control of adipocytes, which is deeply associated with cancer immunity. I hope this research will lead to the development of new treatments for immune disorders and new immunotherapies for cancer,” Dr. Kamada says. She will continue to take on the challenge of conducting research to elucidate the innate immune system. 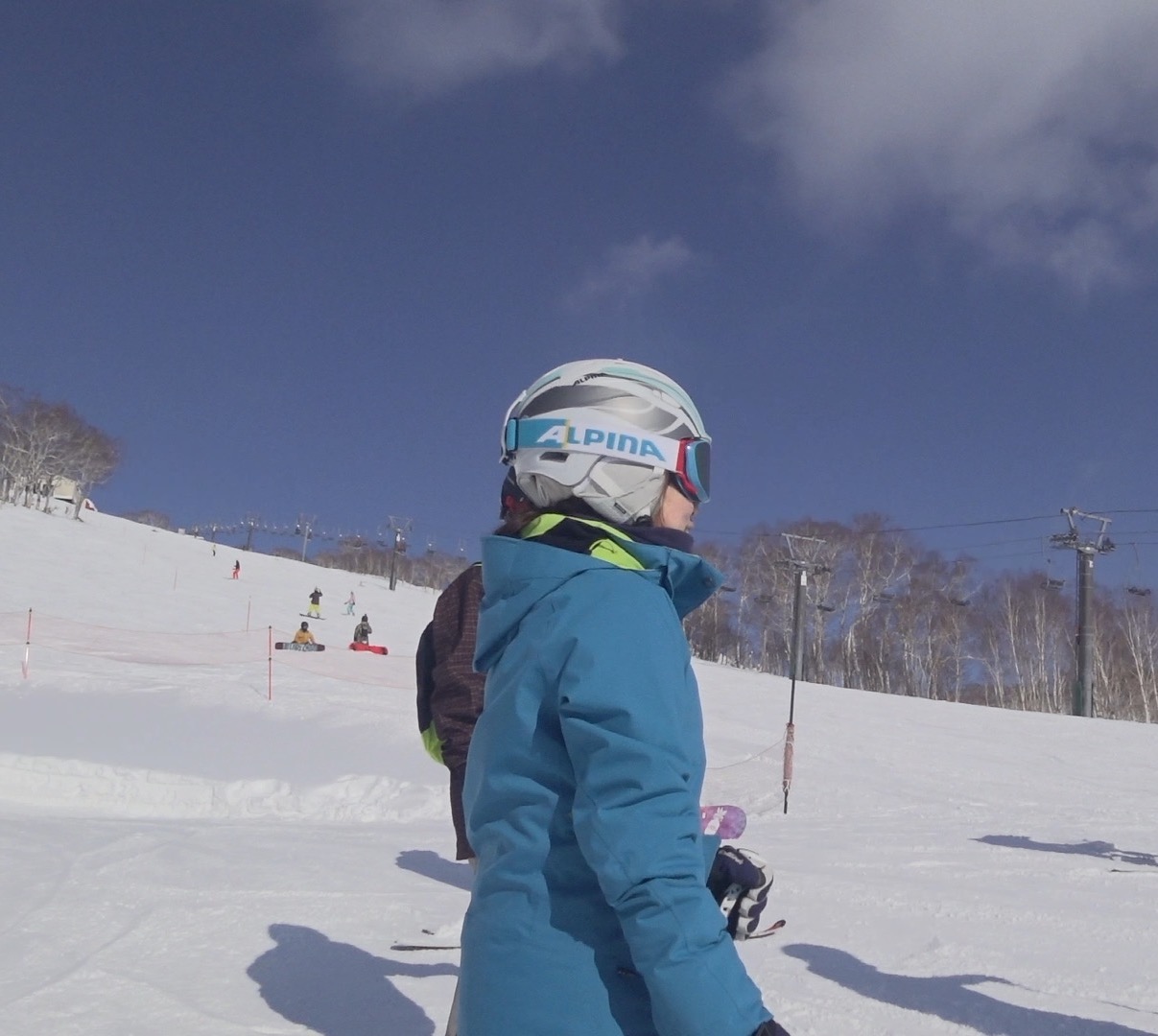 Engaging in winter sports—to refresh! “Being from Hokkaido, I like winter sports, so I enjoy skiing in winter to refresh myself,” Dr. Kamada says. “I probably get more sunburns in winter because I don’t like the heat and don’t go outside that much in summer.” In addition to winter sports, she sometimes enjoys watching movies or baseball games for a change of pace.