Enabling safe delivery of RNA drugs to the lungs

Testing a large library of compounds reveals an easy-to-make lipid that can carry genetic code into the lung to treat disease. 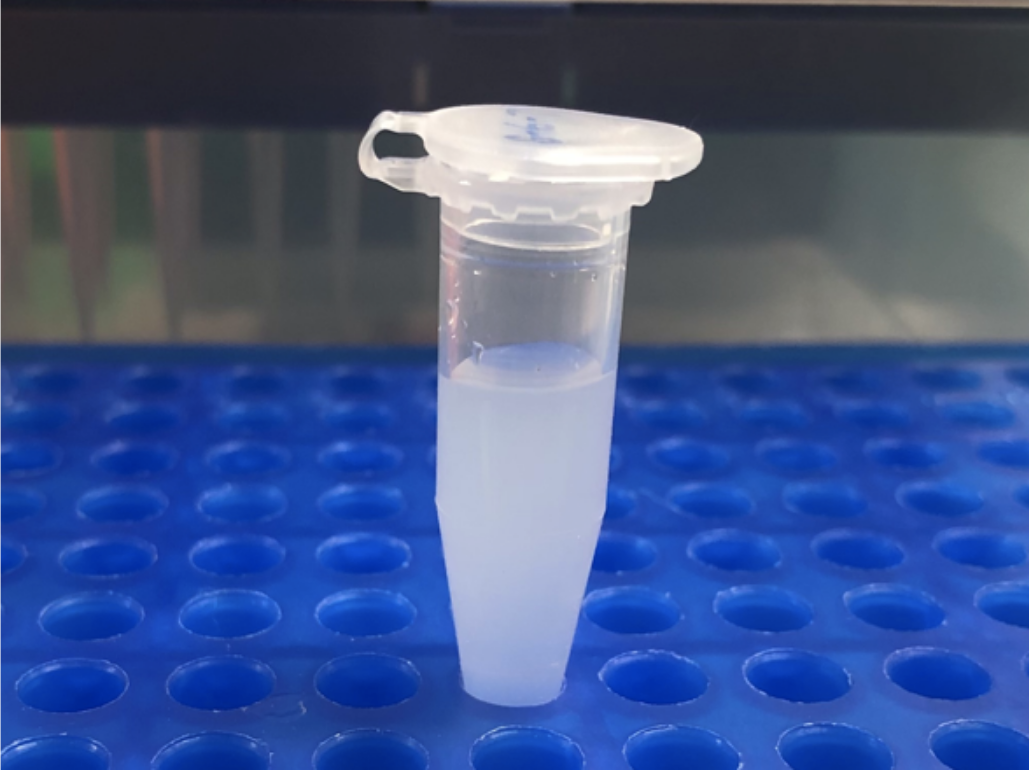 Hokkaido University researchers in Japan created and tested a library of lipid-based compounds to find a way to safely and effectively deliver RNA drugs to the lungs. Their analyses, published in the journal Materials Horizons, pinpointed a lipid polymer that might in the future be used to treat acute respiratory distress syndrome, pulmonary hypertension and lung cancers.

The COVID-19 pandemic response has made us all familiar with RNA vaccines that carry genetic code into cells to prompt the production of virus proteins that trigger our protective immunity. RNA drugs are showing great potential for treating a large variety of other diseases by similarly directing protein production inside cells, without the need for inserting or deleting DNA. But scientists face several challenges in their safe delivery to targeted cells. One successful but complex approach involves carrying the RNA codes inside nanoparticles covered with compounds, called targeting ligands, that can bind to specific cells. This has worked for targeting liver cells.

The scientists worked with two closely related ring-shaped compounds: ε-caprolactone and ε-decalactone. Lipid nanoparticles (NPs) containing these lactones were previously shown to accumulate in lungs. They were subjected to ring-opening reactions with one of eleven amino alcohols. The resulting products were further classified on the basis of the molecular weight of each arm. The products were combined with mRNA and another compound called DMG-PEG to form mRNA-carrying NPs. NPs made from ε-caprolactone were unstable, so the team proceeded solely with the NPs from ε-decalactone.

The team tested the delivery of RNA-carrying ε-decalactone NPs first into laboratory cancer cells and then intravenously into mice. They used mRNA encoding enhanced green fluorescence protein (EGFP) to identify the destination of the NPs. Ultimately, they found that ε-decalactone combined with a linear amino alcohol called AA03 produced the best result. The investigations showed that NPs containing this lipomer were able to largely bypass the liver and carry the RNA material specifically into the lungs. The NPs were engulfed by the cell membrane and the RNA content was released into the cytoplasm of the lung cells. 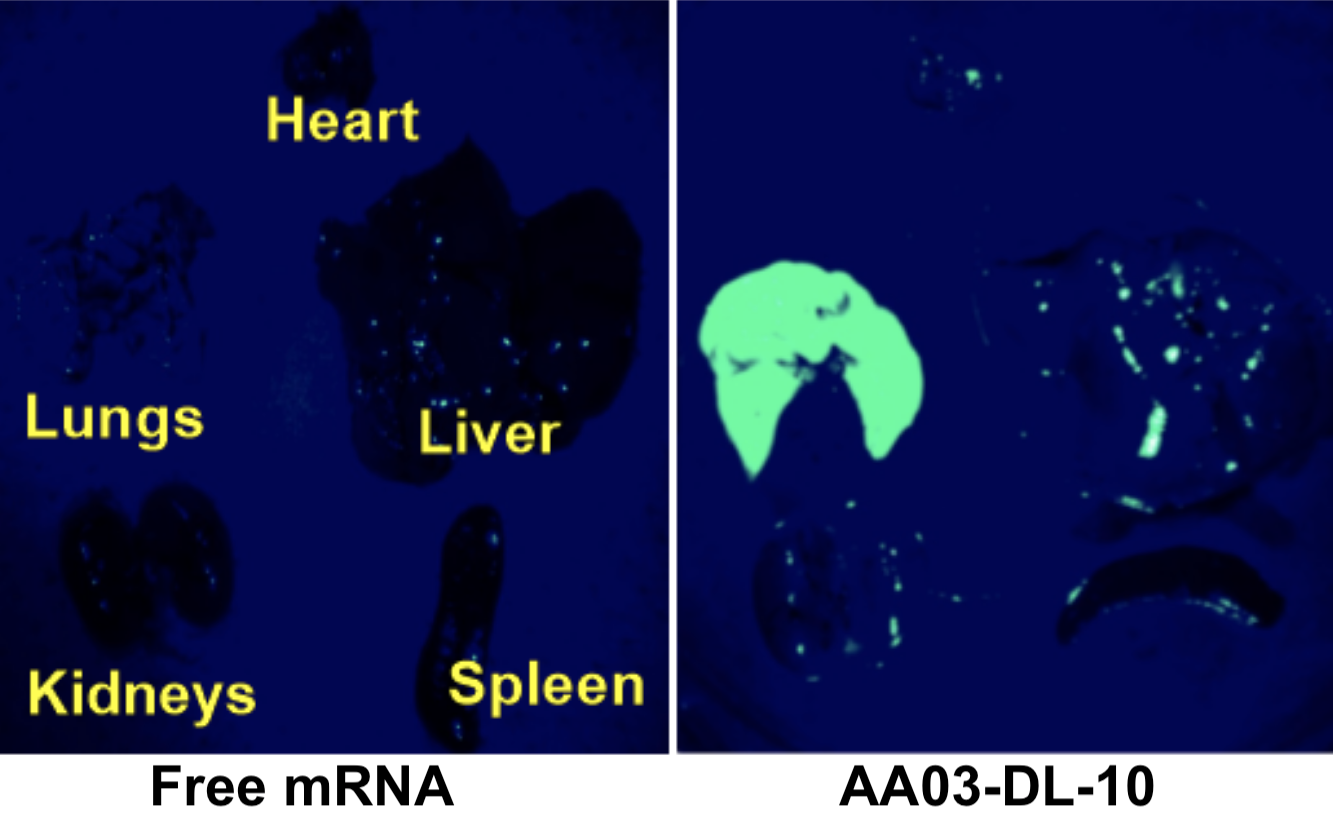 “We showed that expanding the chemical space of smart materials could enable the fabrication of nanoparticles for hard-to-reach targets without the need for targeting ligands,” says Harashima. “Designing combinatorial libraries that provide diverse ε-decalactone lipomers could be an easy and scalable strategy for the development of next-generation gene therapies for organs beyond the liver.”

This work was financially supported by a grant from the Special Education and Research Expenses of the Ministry of Education, Culture, Sports, Science and Technology of Japan (MEXT); Grants-in-aid for cross departmental young researcher grants of Hokkaido University and the Creative Research Institute (CRIS) Hokkaido University; and the Japan Society for Promotion of Science (JSPS) fellowship for young scientists.