On May 23rd, Dr. Patricia Flor, Ambassador Extraordinary and Plenipotentiary of the European Union to Japan, visited the university and gave a lecture to more than 200 students about past, current, and future relations between the European Union and Japan.

The lecture, hosted by the Public Policy School, was attended by undergraduate and graduate students, as well as a number of faculty and staff. Dr. Flor introduced the EU and its core global strategies before speaking on the numerous EU–Japan agreements and activities currently underway. She then opened the floor for discussion.

Throughout the event, there was a focus on the Economic Partnership Agreement (EPA), which came into effect earlier this year and was made to promote trade between the EU and Japan. In addition to answering a number of questions from the audience about the EPA, she also elaborated on the benefits both sides will receive from the agreement and said that it is the largest trade deal in the world in terms of trade and markets that are covered.

Afterwards, Dr. Flor had lunch with representatives from the university before visiting the EU Information Centre on campus at the Central Library. 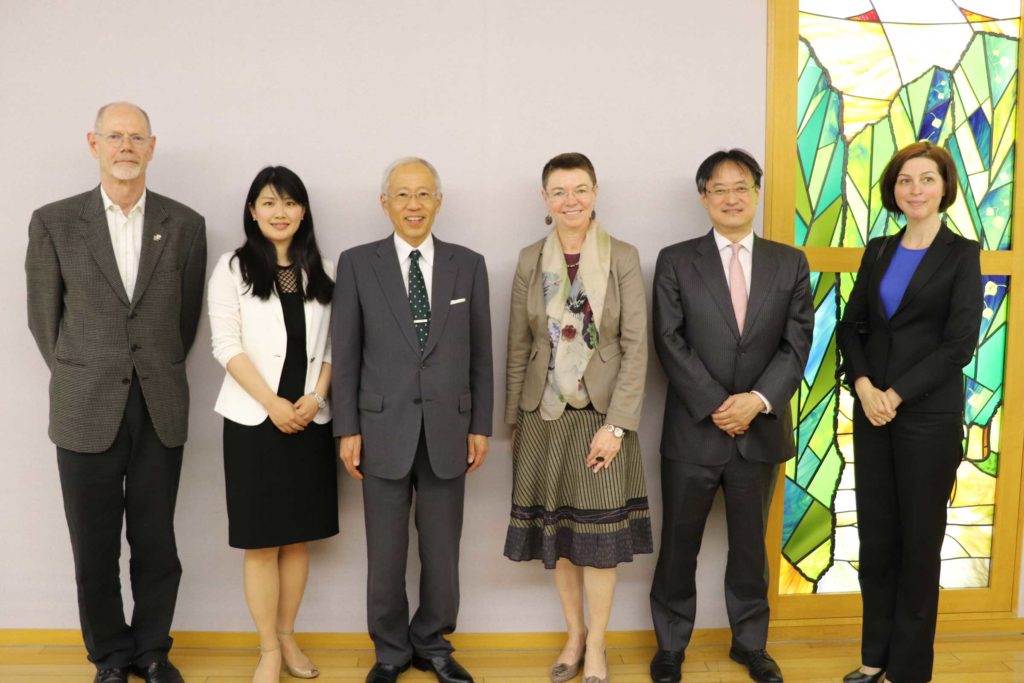