The First International Symposium on Advanced Soft Matter: Celebrating the Kick-off of the Global Station for Soft Matter

“The First International Symposium on Advanced Soft Matter: Celebrating the Kick-off of the Global Station for Soft Matter” was held on June 13th -15th, 2016 at Hokkaido University.

The Global Station for Soft Matter (GSS) was established in April 2016 as part of Global Institution for Collaborative Research and Education (GI-CoRE). GSS aims to further advance the development of soft matter materials that help society address the issues such as aging, environmental pollution and lack of resources.

The symposium started with opening remarks by President Keizo Yamaguchi of Hokkaido University, followed by a guest speech by Mr. Naoki Himiya, Director of the National University Corporation Support Division at the Ministry of Education, Culture, Sports, Science and Technology, Japan.

Mr.Naoki Himiya giving a guest speech (left) and a scene from the poster session (right).

After the lectures, there was an active discussion involving members in the audience. The poster session was held at the end of the symposium where students and young researchers had the opportunity to present their work and receive face to face comments from the world-leading researchers.

Attended by nearly 150 people, the symposium was a successful kick-off event for Global Station for Soft Matter, and the station aims to continue more international collaborative work in the near future. 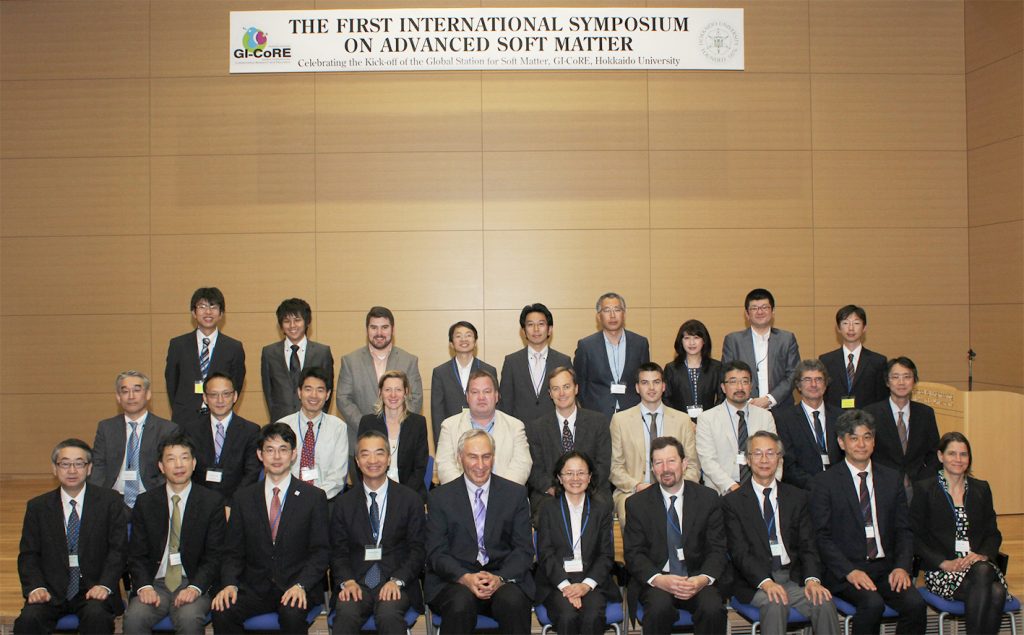 The attendees of “The First International Symposium on Advanced Soft Matter”