Genetics isn’t as important as once thought for the evolution of altruistic social behavior in some organisms, a new insight into a decade-long debate.

This is the first empirical evidence that suggests social behavior in eusocial species—organisms that are highly organized, with divisions of infertile workers—is only mildly attributed to how related these organisms are to each other.

In evolutionary biology, fitness refers to an organism’s reproductive success and propagation of its genes. When researchers at Hokkaido University studied the foraging and nesting behaviors of the eusocial species Lasioglossum baleicum, commonly known as the sweat bee, they found that the fitness was more a result of the bees’ cooperative behavior than it was a result of their genetic similarity.

This evidence is contrary to earlier theories that attributed altruistic selfless behavior in eusocial species to genetic relatedness and a want to ensure the propagation of their genes. In some insect species, genetic similarity is higher between sisters than between a sister and its own offspring, and this has been considered the key driver to the formation of a eusociety.

Evolutionary biologist Eisuke Hasegawa and his colleagues studied five aggregations of sweat bee nests in various areas on the island of Hokkaido in Japan. In each aggregation, there were two types of nests: those in which multiple females worked together to take care of the offspring of a single queen, and those in which a mother bee took care of her offspring on her own.

Queen bees lay several eggs at a time. They hatch as predominantly infertile females, who grow to become workers. The team marked all the adult bees in the nests so they could identify them, then studied how often and for how long each adult female left the nest to forage over a 12-hour period.

Ants are the main predator of sweat bees. A female sweat bee protects the offspring in her nest from scout ants, which can recruit many other ants to attack, by plugging the nest opening with her head. This is why solitary adult females can only leave their nests for short periods of time. Cooperative nests, on the other hand, are more efficiently defended.

Individual females in social nests are known to have higher fitness than solitary females, meaning that social bees are more successful in propagating their genes. The team has found that 92% of the increase in fitness can be attributed to the benefit of grouping — efficient foraging and defense — while the rest is due to the genetic similarity between the individuals

The findings indicate that, contrary to previous theories, the main contributing aspect of fitness in a social nest comes from the benefit of grouping. “There has been a decade-long debate among  scientists as to whether genetic similarity or the benefit of grouping is the primary drive of sociality. Our study could help reveal some of the factors behind the evolution of cooperation, including among humans, by quantifying how much cooperative behaviour contributes to the increased fitness of altruistic individuals in a group,” says Hasegawa. 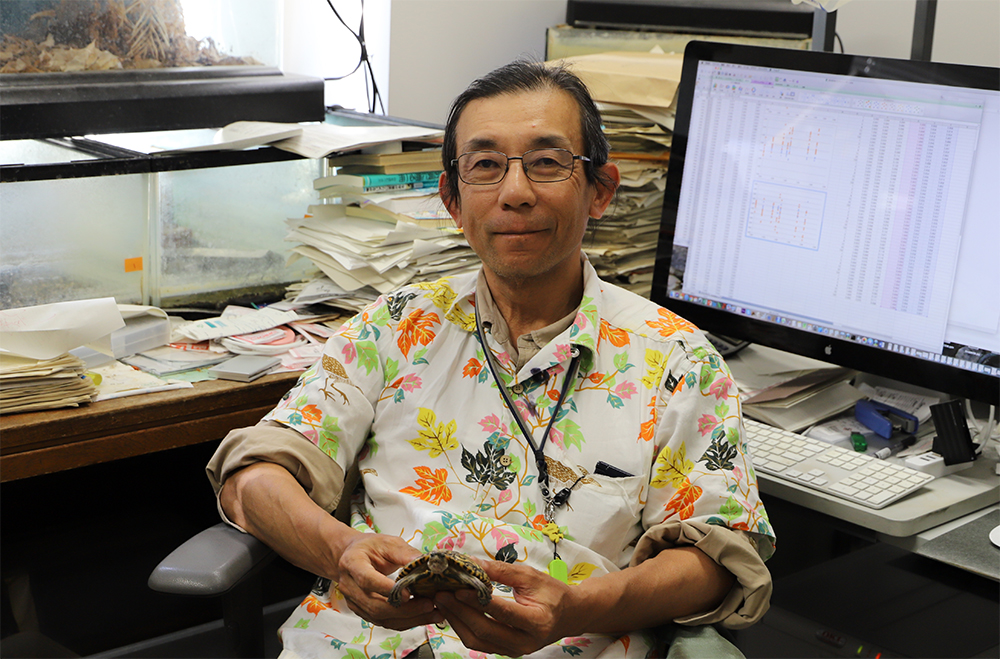 Dr. Eisuke Hasegawa in his laboratory