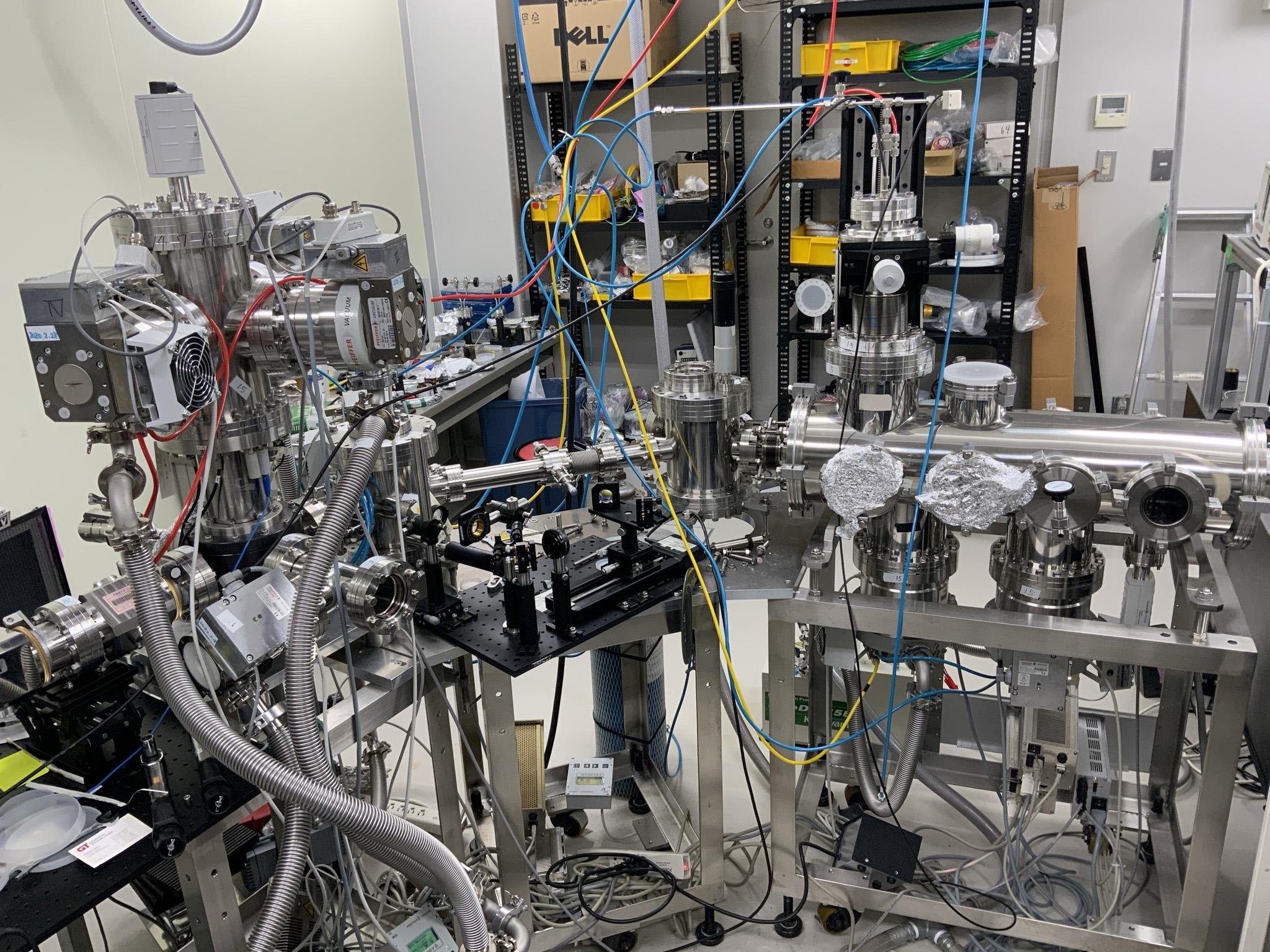 An advanced laser technique has allowed researchers to observe, in real-time, the decomposition of a pollutant into atmospheric nitrous acid, which plays a key role in the formation of ozone and photochemical smog. The technique, described by Hokkaido University researchers in The Journal of Physical Chemistry Letters, could be used in a wide range of applications.

Nitrophenols are a type of fine particulate matter found in the atmosphere that form as a result of fossil fuel combustion and from forest fires. It is hypothesised that light interacts with nitrophenols and breaks them down into nitrous acid; atmospheric nitrous acid is known to generate the hydroxyl radicals responsible for ozone formation. Too much ozone and nitrogen oxides lead to the formation of an atmospheric haze called photochemical smog, which can cause respiratory illnesses. Until now, there has been no evidence for the decomposition of nitrophenol into nitrous acid by sunlight.

Hokkaido University applied physicist Taro Sekikawa and colleagues developed a new probing technique to observe the process in real-time. They then compared their measurements with theoretical quantum chemistry calculations.

“Our study showed that irradiation of o-nitrophenol with sunlight is one of the direct causes of nitrous acid production in the atmosphere,” says Sekikawa.

The team developed an advanced laser technique that involves exciting nitrophenol with a 400 nanometer-wavelength laser light and then shining very short, very fast pulses of ultraviolet light on it to see what happens. Specifically, they used extreme UV light, which has very short wavelengths, shone in femtoseconds, which last a millionth of a billionth of a second. The whole process measures the energy states and molecular changes that occur as the nitrophenol compound decomposes over time. 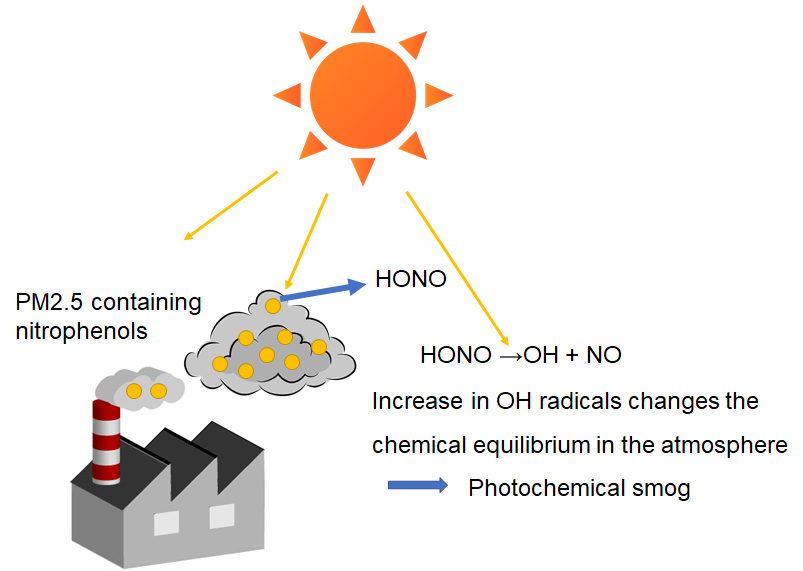 In the atmosphere, sunlight breaks down nitrophenol to form nitrous acid (HONO), which leads to photochemical smog (Taro Sekikawa).

The scientists found that nitrous acid begins to form 374 femtoseconds after the nitrophenol is first excited by light. The decomposition process involves distortion of the shape of the nitrophenol molecule by light irradiation and changes in its energy states, ultimately leading to the formation of nitrous acid.

“Photoelectron spectroscopy with extreme ultraviolet light is expected to have a wide range of applications as a method for measuring chemical reactions,” says Sekikawa. “It could be used, for example, to understand the mechanism by which ultraviolet rays inactivate viruses at the molecular level, and to understand other chemical reactions that take place in the atmosphere. 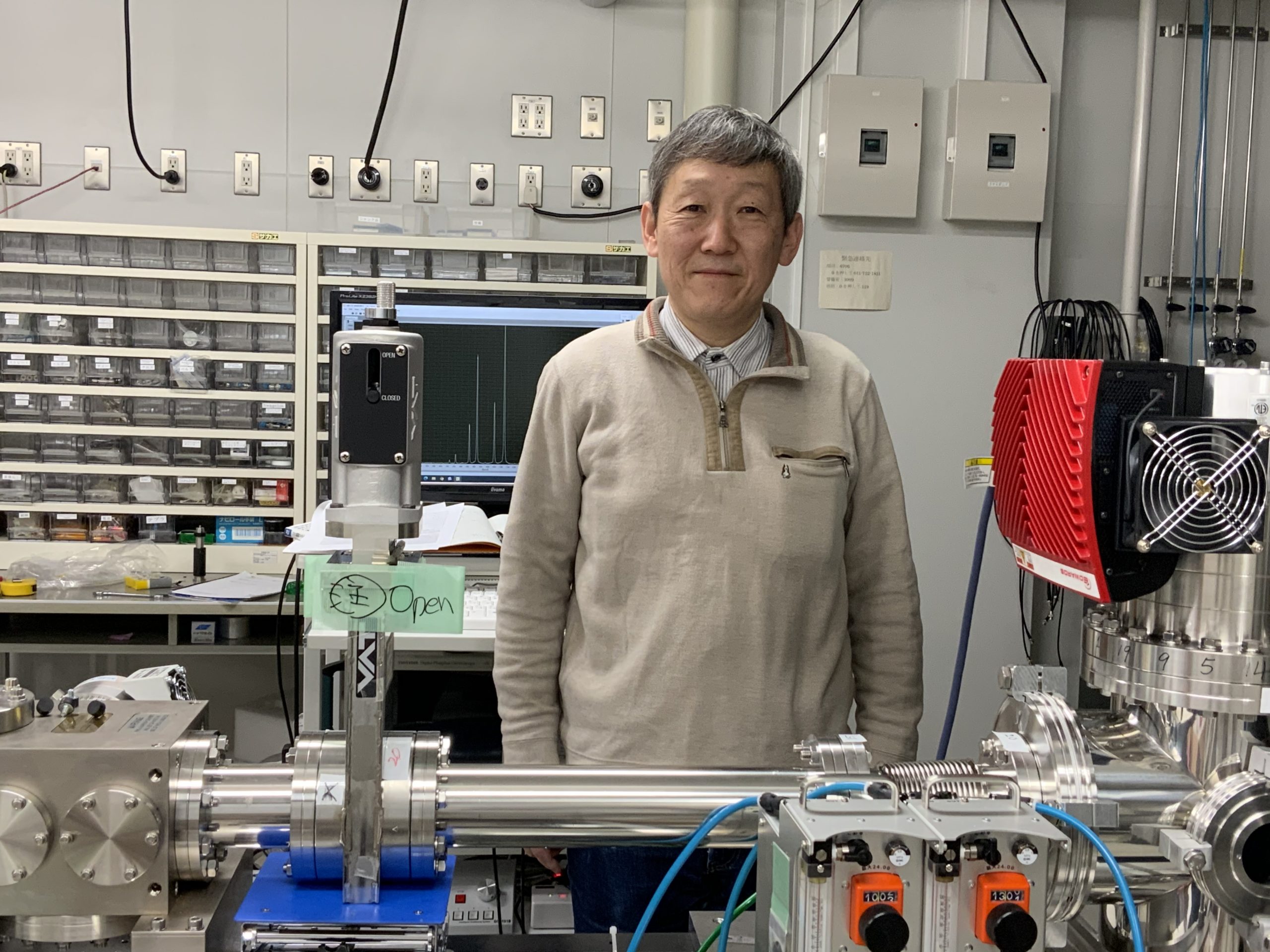