Scientists have discovered an extremely rare species of cymothoid from the mouth of a museum specimen of a deep-sea shark caught from the East China Sea, suggesting its wide distribution around the globe. 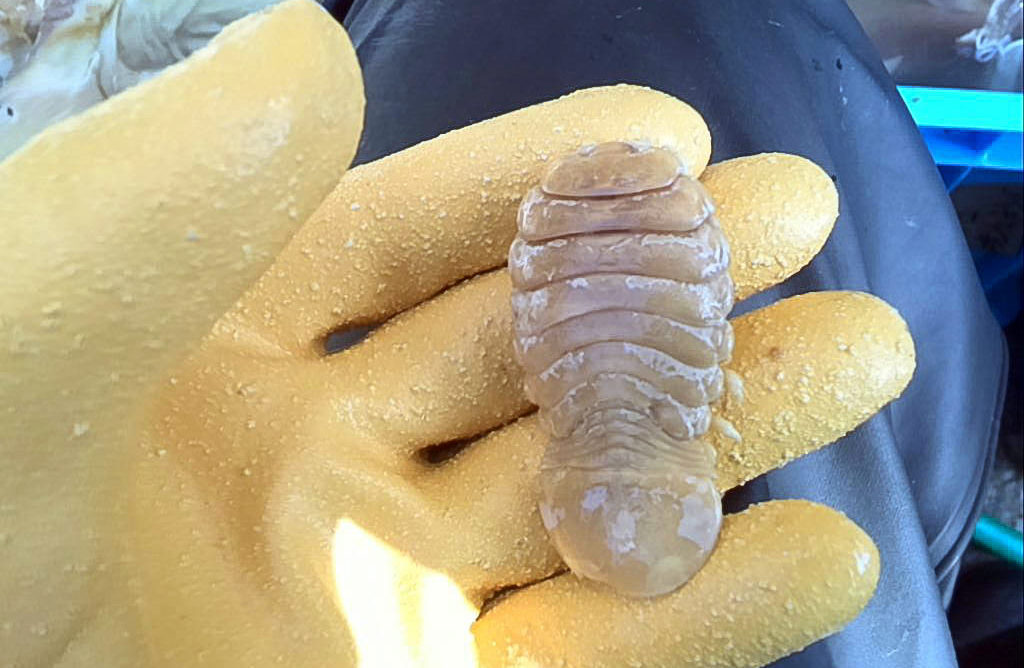 Cymothoids are a family of isopods (a type of crustacean) that are ectoparasites of fish. Some species in this family are also known as tongue-biter or tongue-eating louse (e.g., Cymothoa exigua).

Assistant Professor Ryota Kawanishi and Dr. Shinpei Ohashi from Hokkaido University have reported the discovery of an extremely rare species of cymothoid, Elthusa splendida, from the East China Sea. Their paper, published in the journal Species Diversity, expands the range of this species to almost the opposite sides of the Earth. 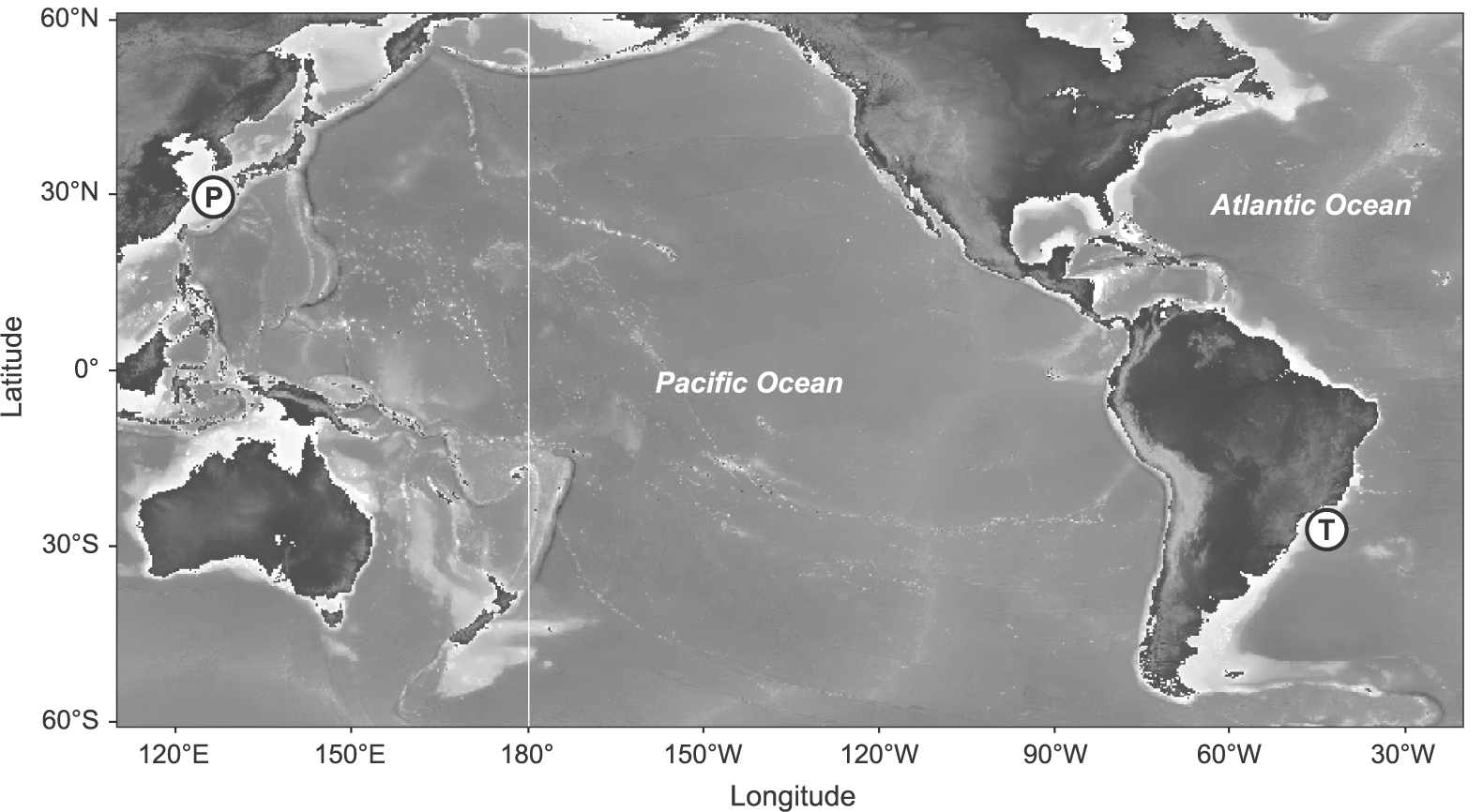 The locations where the hosts of the original specimen of Elthusa splendida (T) and the specimen in this study (P) were collected (Ryota Kawanishi & Shinpei Ohashi, Species Diversity, © 2020 The Japanese Society of Systematic Zoology).

Cymothoids are a diverse family of more than 300 species of parasites, and parasitize a wide variety of fish, from freshwater to the deep sea. A recent study into the genetics of the family has shown that it is highly likely that they evolved in the deep sea and diversified. A number of deep sea cymothoids, however, are poorly studied, primarily due to the difficulty of deep sea sampling.

Elthusa splendida is the least studied of all deep sea cymothoids. Only five specimens have ever been cataloged and described, in 1981. Those specimens were recovered from a Cuban dogfish, a deep-sea shark, which was captured off southern Brazil in the western South Atlantic. No additional specimens have been reported since then.

In the current study, the scientists discovered the specimen of Elthusa splendida while processing fish specimens at the Fisheries Science Center, Hokkaido University Museum (HUMZ), Hakodate. The specimen was found in a Japanese spurdog, also a deep-sea shark, that had been collected from the East China Sea in June 2003 and preserved in formalin. The scientists confirmed the identification of the specimen by comparing the morphological features of the specimen with the original description of the species. The unique feature that defines Elthusa splendida is the presence of four pits on the first pereonite (first segment behind the head); this feature was examined using a computerized 3D measurement system. DNA sequencing was not used for identification as the sequence of the original specimen is unknown. 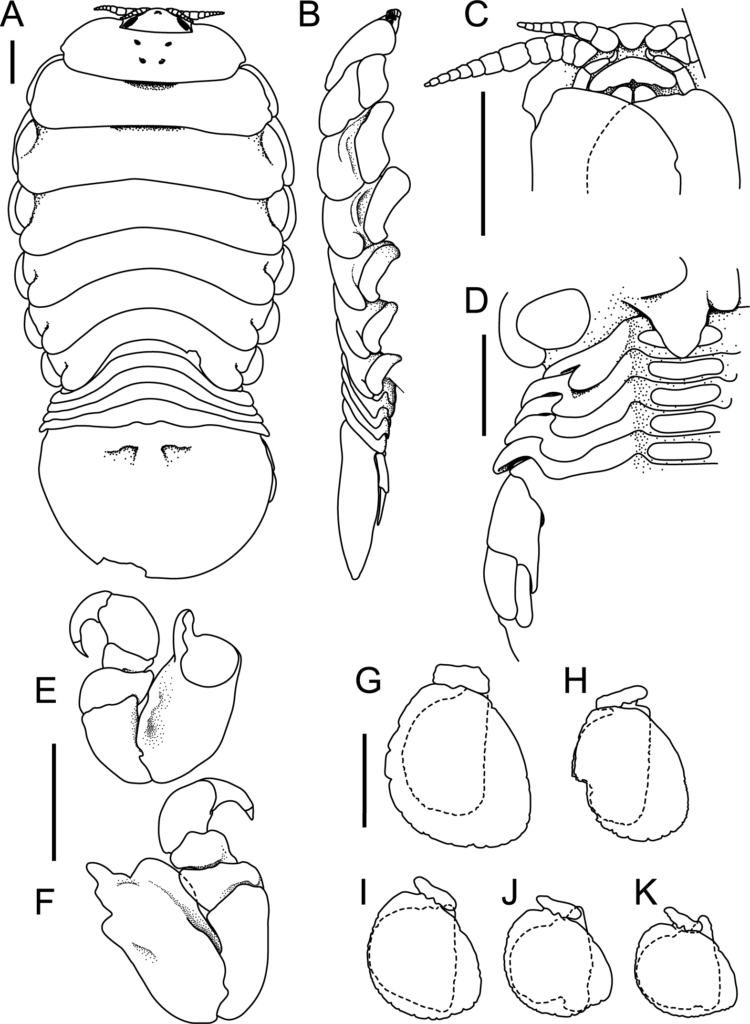 This discovery is important as it shows the distribution of Elthusa splendida extends from two locations that are almost antipodal to each other — almost as far as it is physically possible to be on the planet. The scientists suggest that other species of deep sea cartilaginous fish in the genus Squalus (to which both the Cuban dogfish and the Japanese spurdog belong) can potentially serve as hosts for this parasite. They have also confirmed that Elthusa spendida is rare among other Elthusa species in parasitizing the mouth of the host, rather than the gills; furthermore, even among those cymothoids that parasitize the mouth, Elthusa splendida is one of the rare species that attach to the palate.

This study indicates that there is much that remains to be investigated when it comes to deep sea cymothoids. The scientists also propose using existing specimens of fish in museums across the world to reveal the distribution of cymothoids; from a broader perspective, this work suggests the hidden value of museum natural history collections in studying parasites.

Ryota Kawanishi is a zoologist and ecologist at the Faculty of Environmental Earth Science, Hokkaido University. He is broadly interested in aquatic ecology, evolution, and conservation, including the evolutionary history and ecology of parasitic isopods.