Hokkaido University has Experiment Farms in Sapporo and Yoichi Town. Yoichi Orchard, located in Yoichi Town, about 60 km from Sapporo, belongs to the Experiment Farms. The Orchard was established in 1912 for research and promotion of fruit cultivation in this relatively warm area in Hokkaido, which is suitable for fruit crop cultivation.

Hands-on training in the Orchard

In mid-September, students practice in the Yoichi Orchard in the midst of the harvest season. Under the guidance of Professor Yoichiro Hoshino (Field Science Center for Northern Biosphere) and Technical Staff Minoru Ikuta (Field Science Center for Northern Biosphere), who manages the Orchard, students experience harvesting apples from trees and sorting fruits before shipping. 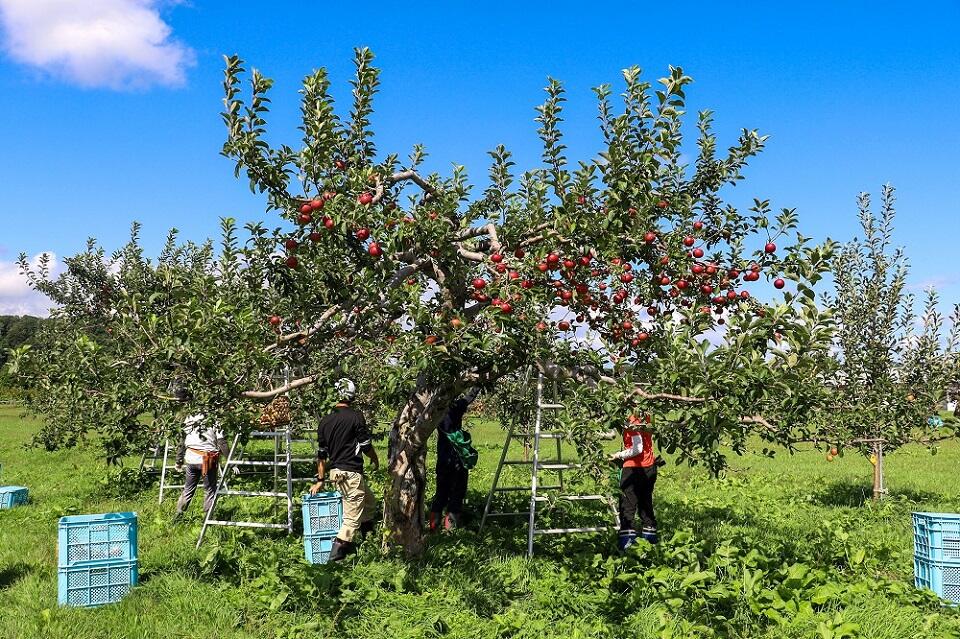 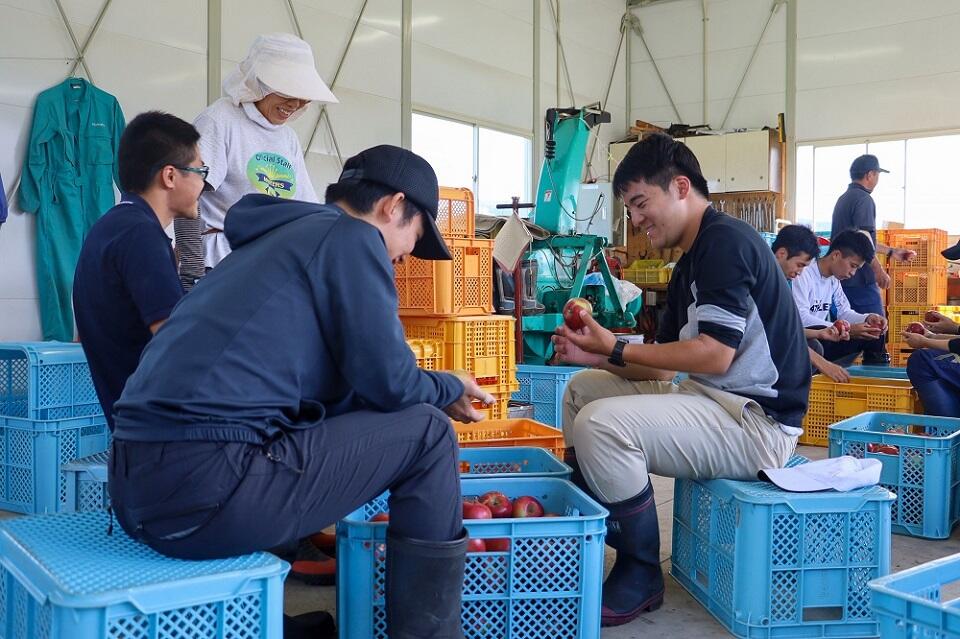 Ikuta has been working at the Orchard since he was 20 years old, and usually sprays chemicals and prunes fruit trees. “I am delighted to see the students enjoying their work during the training,” he says. 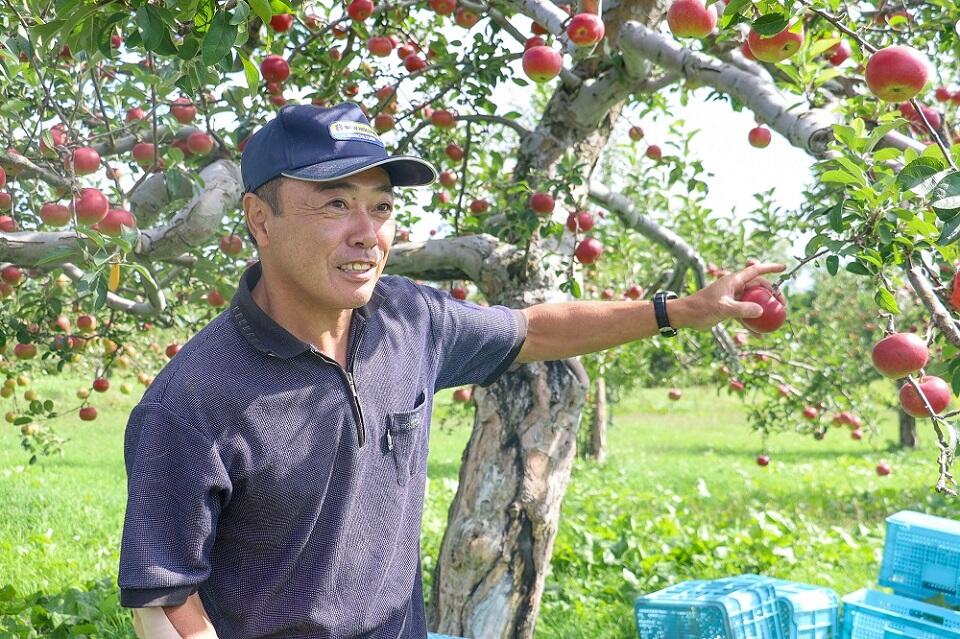 Cutting-Edge Research in the Orchard

Yoichi Orchard grows about 60 varieties of fruit crops. They are used not only for practical training for students, but also for cutting-edge research. Professor Hoshino has been promoting breeding using Hokkaido’s plant genetic resources, and the Orchard’s fruit trees are being used for this research. In particular, he is focusing on the haskap, which grows abundantly in Hokkaido, and is working to develop more delicious berries. He has been conducting various experiments, such as crossbreeding haskap with other berries, and is particularly focusing on research using a method called “polyploidy breeding,” in which the number of chromosomes are manipulated. 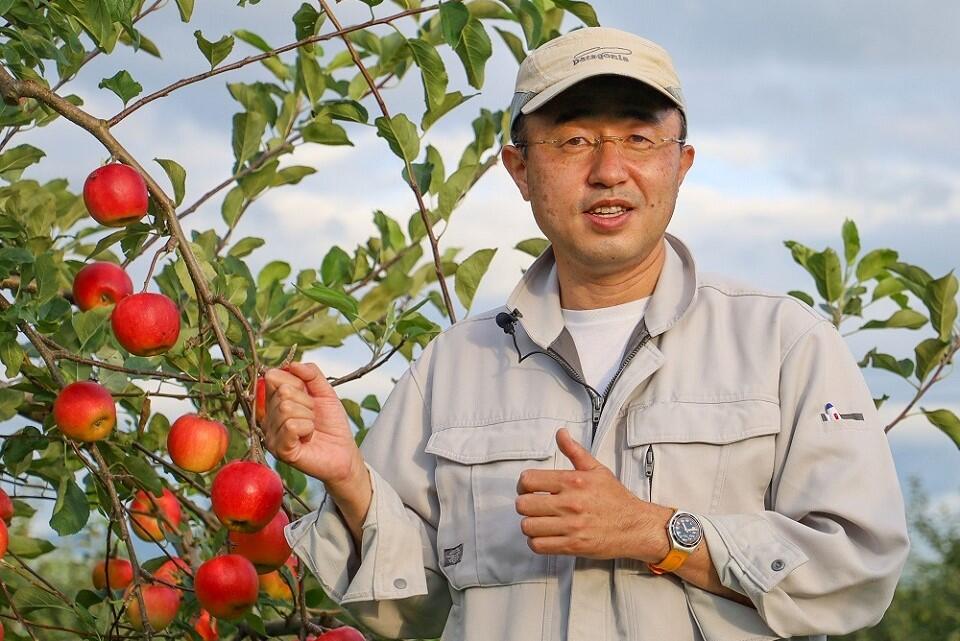 Professor Hoshino talking in front of an apple tree

Ploidy is a concept that indicates how many sets of chromosomes an organism possesses. Most animals are diploid, having two sets of chromosomes, one set each from their parents. Plants, on the other hand, have a variety of ploidy. In the wild, there are not only diploids but also tetraploids, which have four pairs of chromosomes each. Therefore, by crossbreeding plants with different ploidy, it is possible to produce new ploidy variants not found in wild species. For example, by crossing a diploid watermelon with a tetraploid, a triploid watermelon can be produced, which is also known as a seedless watermelon. Polyploidy breeding is also attracting attention because flowers and fruits become larger as the ploidy increases. 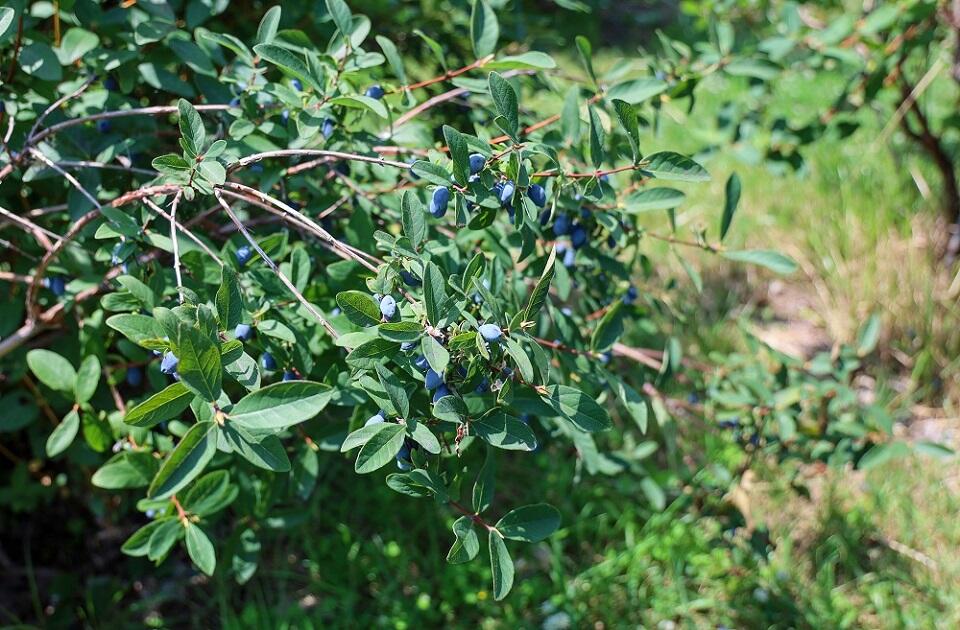 However, there are various problems in ploidy breeding, such as poor growth after fertilization and the time required to bear fruit. Professor Hoshino attempted to solve these problems by using the “endosperm” inside the seed. The endosperm is a special tissue with 1.5 times more chromosomes than other tissues: that is, triploid endosperm in diploid plants and hexaploid in tetraploid plants. Professor Hoshino succeeded in producing a plant directly from the endosperm by taking only the endosperm from a seed and culturing it. When the number of chromosomes was examined, it was found to maintain a 1.5-fold ploidy, just as in the endosperm. In other words, this method enabled the creation of new polyploid variants more quickly and reliably than existing methods. This method established by Professor Hoshino is called endosperm culture. 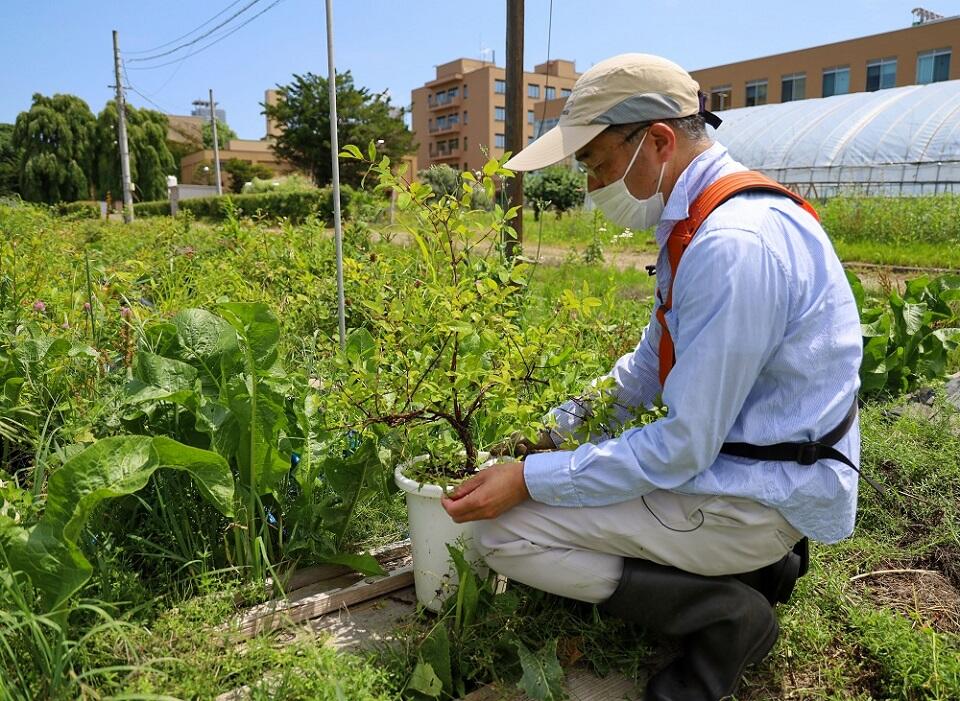 Haskap is grown not only in the Yoichi Orchard, but also on the farm on the Sapporo campus.

Professor Hoshino says that the Yoichi Orchard is indispensable for such research. The Yoichi Orchard, which has a history of more than 100 years, grows and maintains a wide variety of plant and tree cultivars. Normally, if you wanted to do research on apples, for example, it would take years to grow them from seedlings. But since Yoichi Orchard maintains so many varieties here, one can immediately try any idea that comes to their mind. Thus, it is a very attractive environment for researchers. It also allows for researchers to pick even immature fruit trees for their research, and is always very flexible. 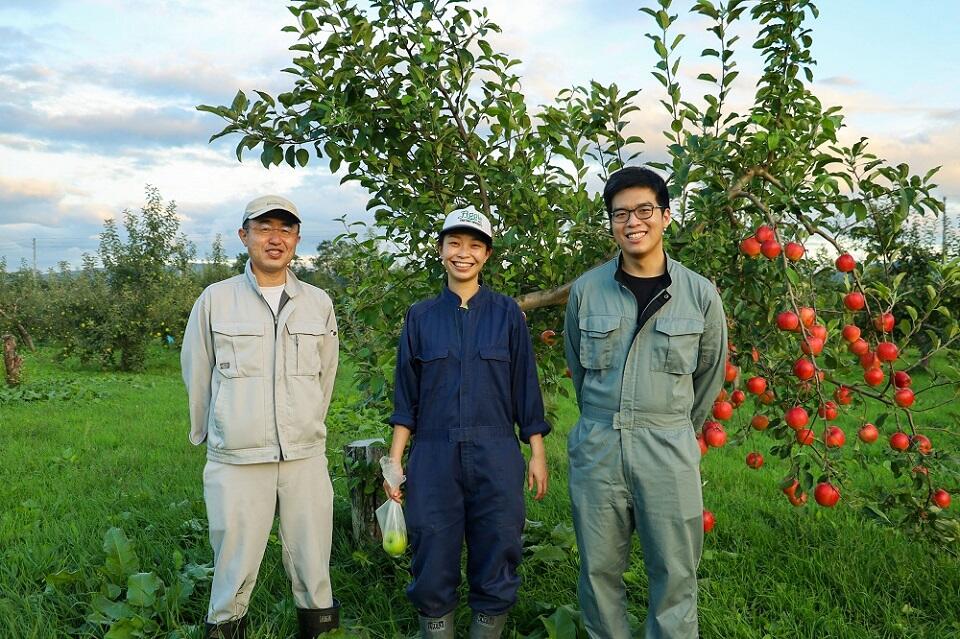 The Yoichi Orchard is an important asset of Hokkaido University where students can experience the joy of growing fruit trees and researchers can come into contact with a valuable resource. New world-class technologies will continue to be created here at Yoichi Orchard.