Forests could be key to estuarine fish conservation 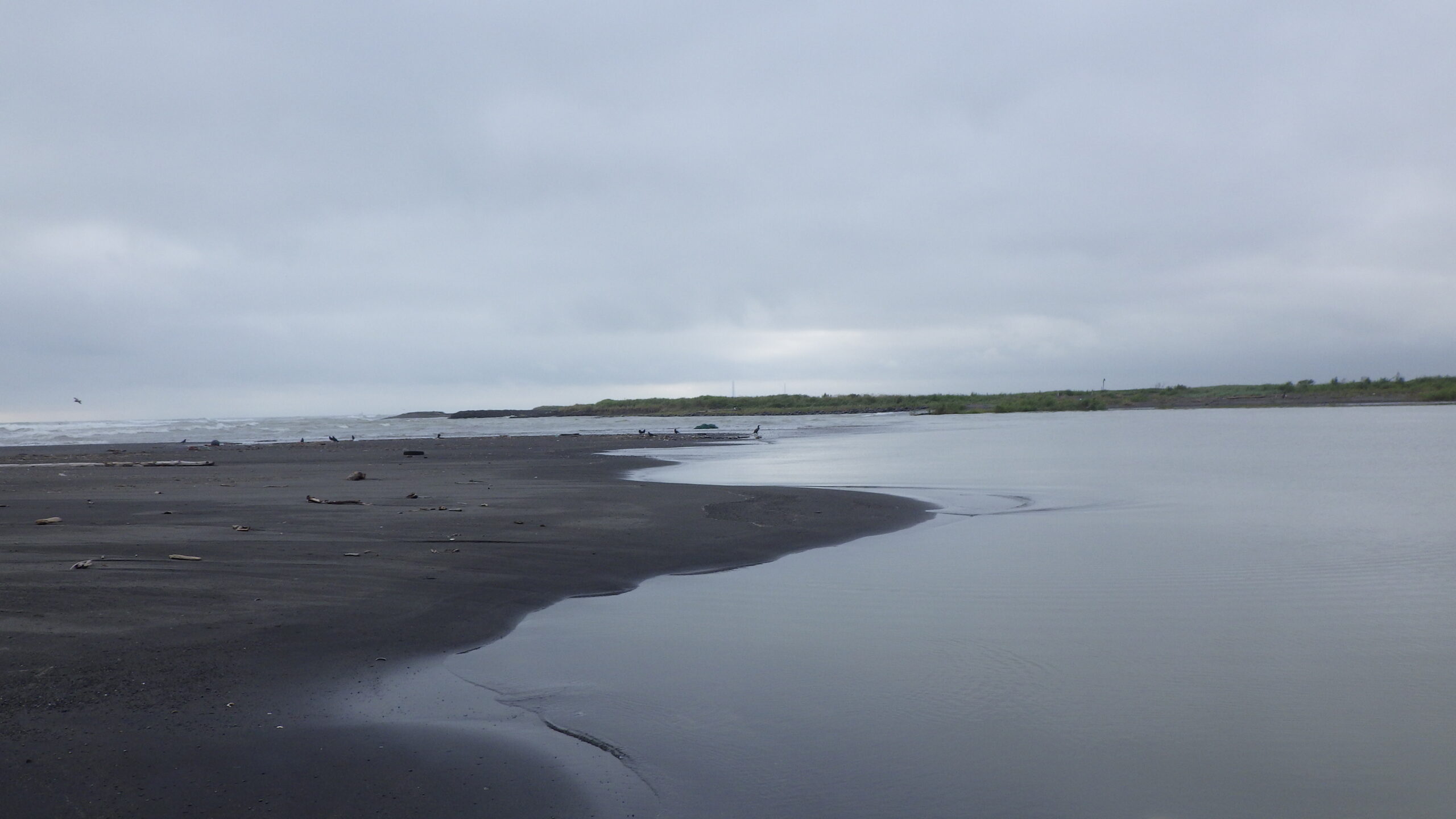 Mukawa estuary, Hokkaido, one of the 22 estuaries sampled for the study (Photo: Akihide Kasai).

Estuaries — areas where rivers meet the sea — are one of the most vulnerable ecosystems. They face anthropogenic threats, including biodiversity loss and the collapse of natural fisheries. Determining the factors contributing to the maintenance of estuarine biodiversity, especially that of fish, is vital for promoting estuarine conservation and sustainable fisheries.

A team of scientists from Japan determined that the amount of forest and farmland surrounding rivers as they flow into the open sea impacts the number of threatened fish species in Japan’s estuaries. The finding, published in the journal Conservation Biology, could help improve estuary conservation and improve understanding of how to best develop and maintain sustainable coastal fisheries. Involved in the study were Dr. Edouard Lavergne and Professor Yoh Yamashita from Kyoto University, and Professor Akihide Kasai from Hokkaido University.

“Understanding how human activities on land affect estuarine and coastal ecosystems through rivers has been a daunting task. This is because many environmental and socioeconomic factors act in complex ways to influence estuarine fish diversity as rivers flow into the open ocean,” says Yamashita, a co-PI of the research team. “By collecting big data on environmental, social, and land use factors and integrating it with the results of environmental DNA analysis, we are the first in the world to verify the general relationship between forests and estuarine fish diversity over a wide area,” adds Kasai, another co-PI.

The team used a method called environmental DNA metabarcoding, the simultaneous identification of taxa present in a complex environmental sample. They analyzed water samples, taken from 22 locations around Japan where rivers flow into the sea, and looked for fish DNA. This fast and non-invasive approach is highly effective for assessing biodiversity in aquatic ecosystems. Using it, the scientists identified 186 different fish species, including 49 that are on Japan’s red list of species facing varying degrees of threat. 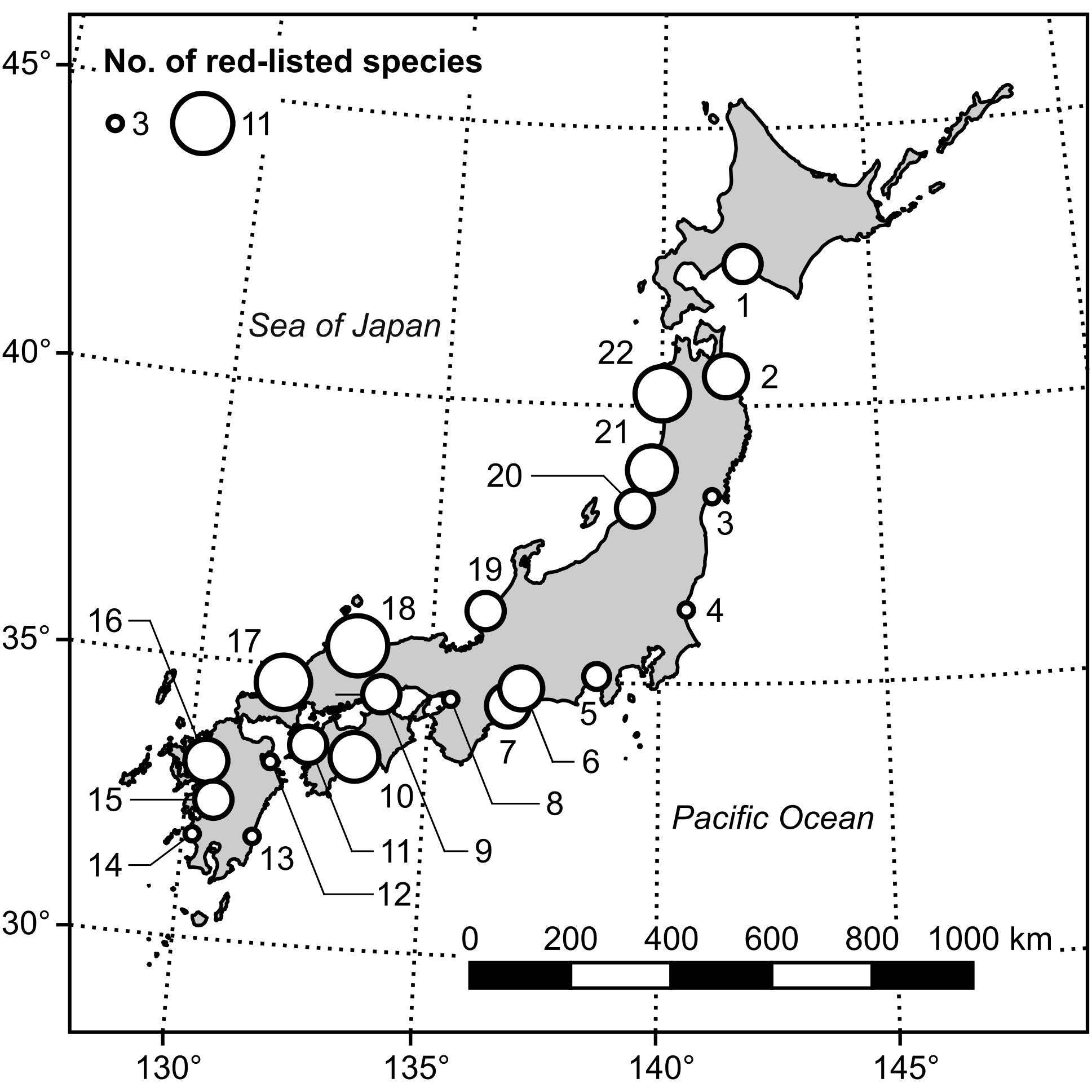 Finally, they assessed watershed-scale land-use factors, how many people live in each watershed, and how artificialized the coastline surrounding the estuary and the riverbanks.

The team’s statistical analyses showed that red-listed fish species were richer in estuaries that were surrounded by higher forest cover. But fish did worse in those waters surrounded by more agricultural land. 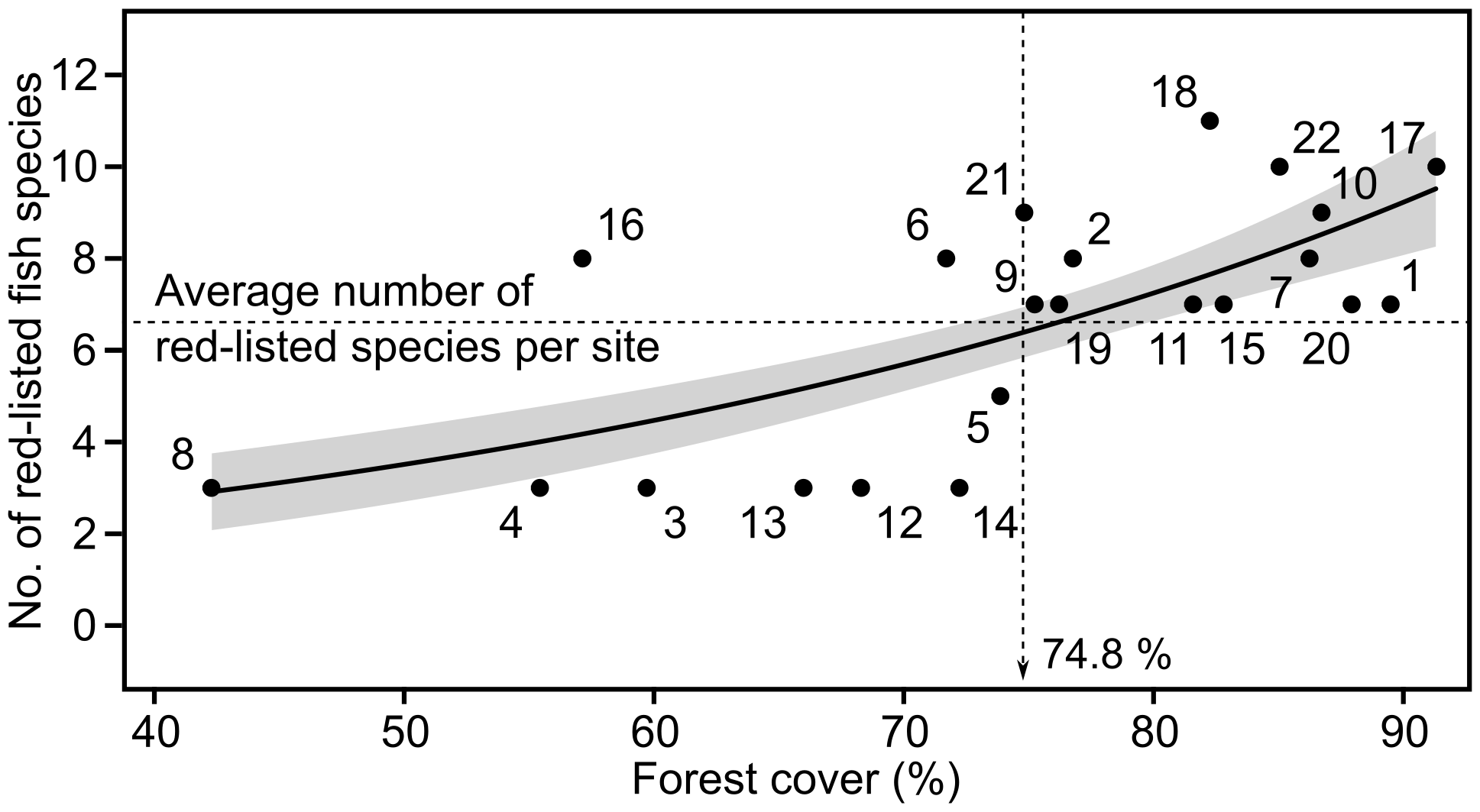 “Forests appear to play a more vital role in the conservation of fishes at-risk than originally thought,” says Kasai.

The researchers think this could be because forests retain water, thus protecting estuarine ecosystems from flooding and strong run-off after heavy rain. They also prevent land erosion and runoff of fine sediments that have serious harmful effects on aquatic ecosystems. Agricultural land, however, can release fine sediments and pesticides into aquatic systems.

The team says further research is needed to investigate how different types of forest cover, such as natural unmaintained or planted forests, affect these fragile ecosystems.

Funding for this research was provided by the Nippon Foundation in the framework of the Link Again Program.

Research and Educational Unit for Studies on Connectivity of Hills, Humans and Oceans