Using a taxonomic approach, scientists have re-identified the huge birds drawn on the desert plains of Peru as hermits or pelicans. 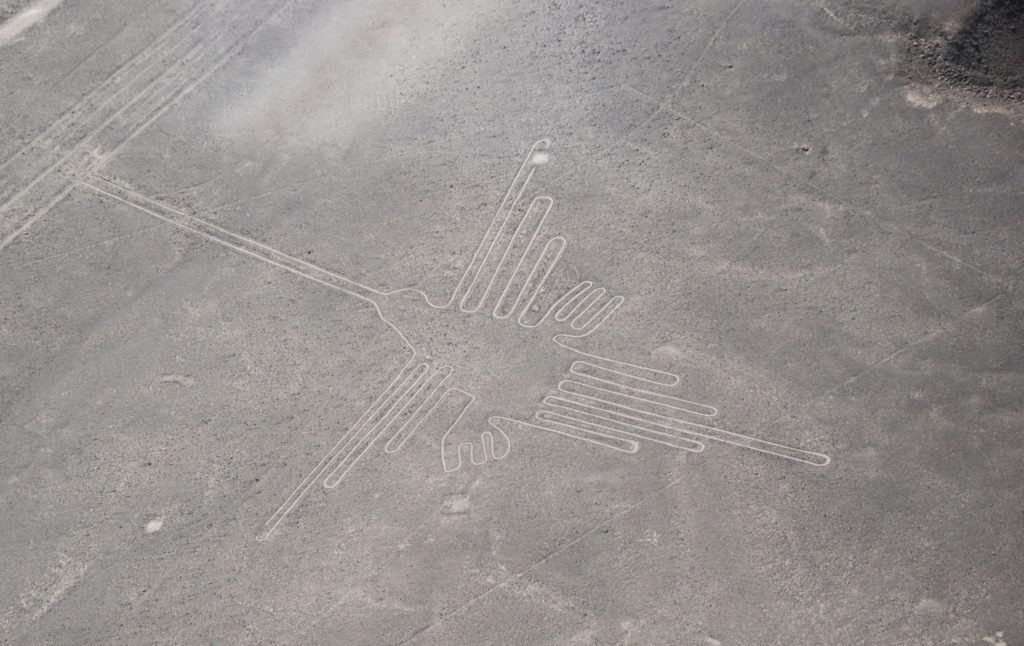 A scientific approach has been used to re-identify huge birds etched into the desert plains of southern Peru around 2,000 years ago. The birds appear to be exotic to the region and further studies could help explain their significance. The study is published in the Journal of Archaeological Science: Reports.

The lines and geoglyphs of Nasca and Palpa are located some 400 kilometers south of Lima, Peru and form a World Heritage Site covering an area of about 450 square kilometers. They were carved into the ground between 400 B.C.E and 1000 C.E. by pre-Inca people, and include lines, geometric designs, and animal and plant drawings. Most of these etchings are so large that they are best seen in aerial photographs. Identifying what they represent is an essential first step towards unraveling the mystery of why they were drawn in the first place.

Masaki Eda of The Hokkaido University Museum, Takeshi Yamasaki of Yamashina Institute for Ornithology, and Masato Sakai of Yamagata University in Japan applied an ornithological approach to identify the 16 bird geoglyphs among more than 2,000 drawings present in the area. “Until now, the birds in these drawings have been identified based on general impressions or a few morphological traits present in each figure. We closely noted the shapes and relative sizes of the birds’ beaks, heads, necks, bodies, wings, tails and feet and compared them with those of modern birds in Peru,” says Eda. 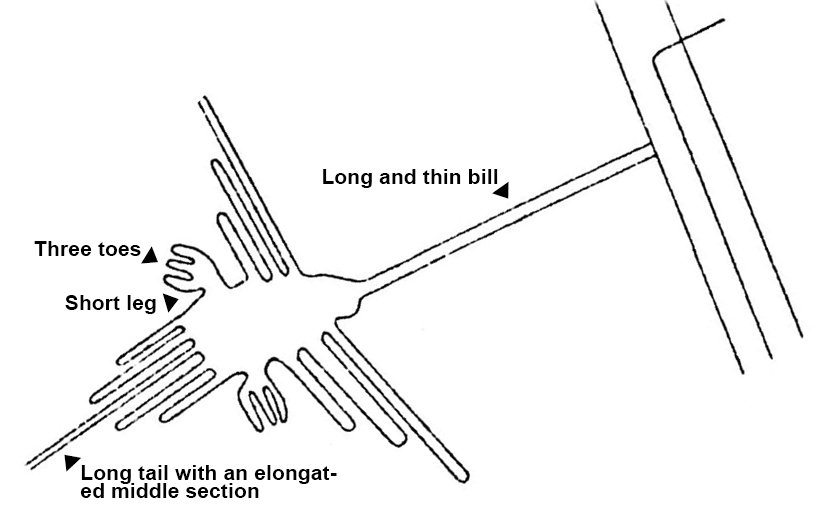 Due to its long and thin bill, short legs, three toes facing the same direction, and the long tail with an elongated middle section, the previously identified hummingbird (Geoglyph No. PV68A-CF1) is re-classified as a hermit. In Peru, long and pointed tails only occur in hermits whereas the tails of typical hummingbirds are forked or fan-shaped. (Eda M., Yamasaki ⁠T., Sakai M. Journal of Archaeological Science: Reports. June 20, 2019)

Although the identified birds do exist in Peru, they are found in other parts of the country than where the drawings were made. Hermits, for example, are found in the forests on the eastern slopes of the Andes and in the north near Ecuador. Pelicans live along the coast.

“The Nasca people who drew the images could have seen pelicans while food-gathering on the coast. Our findings show that they drew exotic birds, not local birds, and this could be a clue as to why they drew them in the first place,” explains Eda.

Further comparisons with birds drawn around the same time on pottery and of bird remains excavated from Nasca ruins could help identify more of the birds depicted in the geoglyphs, the researchers say. 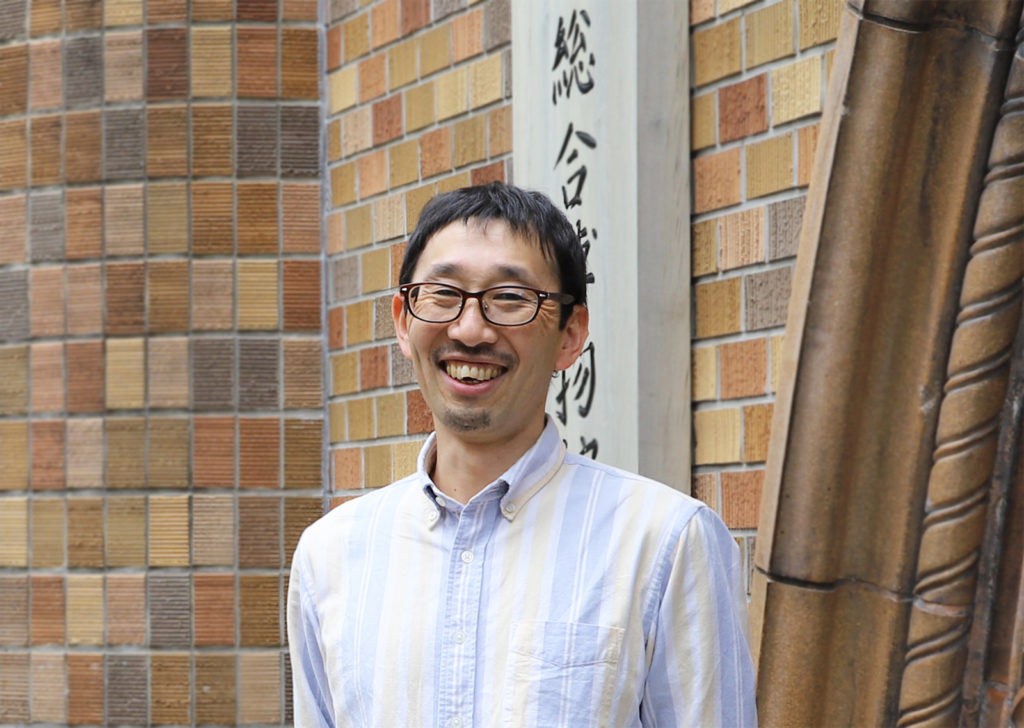 This study was supported by the Ministry of Education, Culture, Sports, Science and Technology of Japan (MEXT), Grant-in-Aid for Scientific Research on Innovative Areas “Comparative Studies of Ancient American Civilizations” (26101004).