Getting glued in the sea 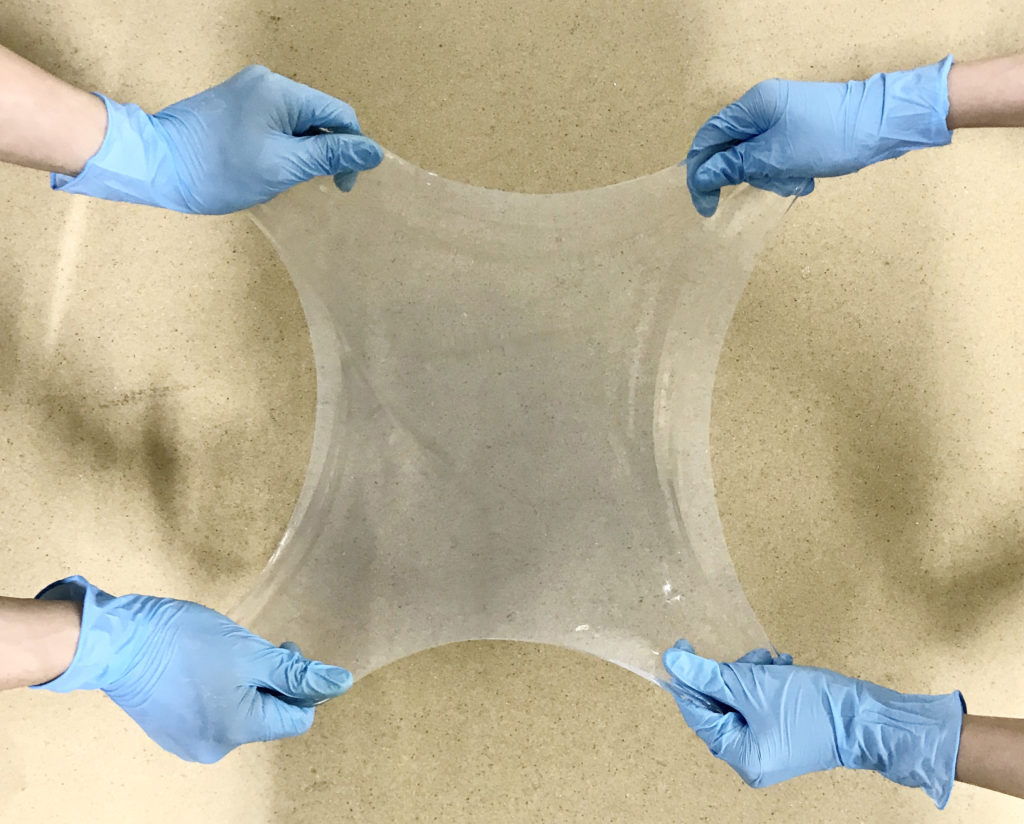 Scientists have been working on developing adhesives for the marine environment that are inspired by organisms that fix themselves to underwater surfaces, like mussels. These catechol-based glues are easily oxidized and so eventually lose their adhesiveness, making them less than satisfactory for their intended purpose.

In the current study published in Nature Communications, Hokkaido University’s Hailong Fan and Jian Ping Gong with their colleagues explored the possibility of developing adhesives that utilize electrostatic interaction to stick to negatively charged surfaces such as rocks, glass, and metals under the sea.

The team built polymer chains made from two types of monomers as building blocks. One contains a positively charged “cationic” residue and the other contains an “aromatic” ring. In biosystems, adjacent cationic–aromatic amino acid sequences in proteins are known to facilitate electrostatic interactions in saline water. It has been challenging, however, to introduce such sequences in synthetic polymers due to difficulties in controlling monomer sequences.

The researchers found that the two residue types in polymers bonded together to form a hydrogel that stuck well to negatively-charged solid surfaces in saltwater — the adhesive strength approached approximately 60 kPa. Hydrogels composed of a variety of cationic-aromatic monomer combinations exhibited fast, strong, but reversible adhesion to the surfaces. Adhesion was largely thanks to the electrostatic interaction between the positively charged residues on the polymers and the negatively charged surfaces. But, interestingly, polymers made from these cationic -aromatic monomers without adjacent sequences weren’t nearly as adherent, indicating that adjacent aromatic residue enhances electrostatic interaction in high ionic strength environments.

The hydrogel took only five seconds to glue to the glass block before lifting it up out of the seawater to the air. (Hailong Fan et al., Nature Communications, November 12, 2019)

“Our sequence-controlled polymeric hydrogel should have promising applications as glues for undersea leakage, sea sand binders for preserving marine environments, and coagulants for concrete in the sea,” says Gong. Their study could also pave the way for further investigations into electrostatic interactions in highly ionic environments. 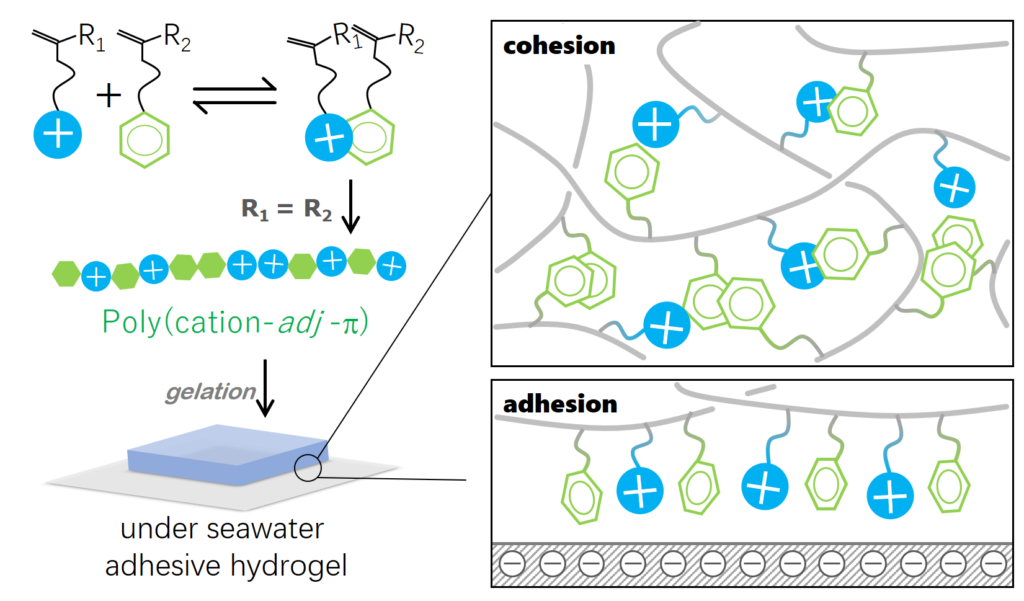 This study was conducted in part at the Institute for Chemical Reaction Design and Discovery (WPI-ICReDD) which was established at Hokkaido University in 2018 to advance our understanding of and efficiently develop chemical reactions. 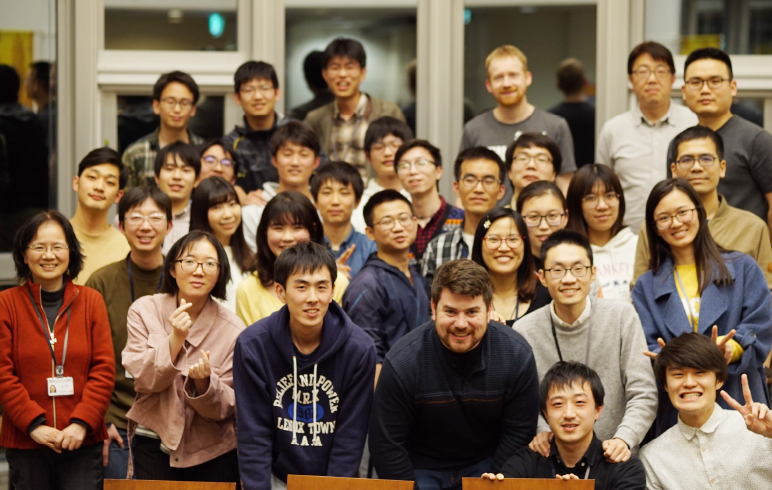 This study was supported by the Japan Society for the Promotion of Science (JSPS)’s KAKENHI grant (JP17H06144).