Scientists have quantified the glacier mass loss on the Kamchatka Peninsula; the accelerated loss in the region since the turn of the millennium is likely to increase in the short term. 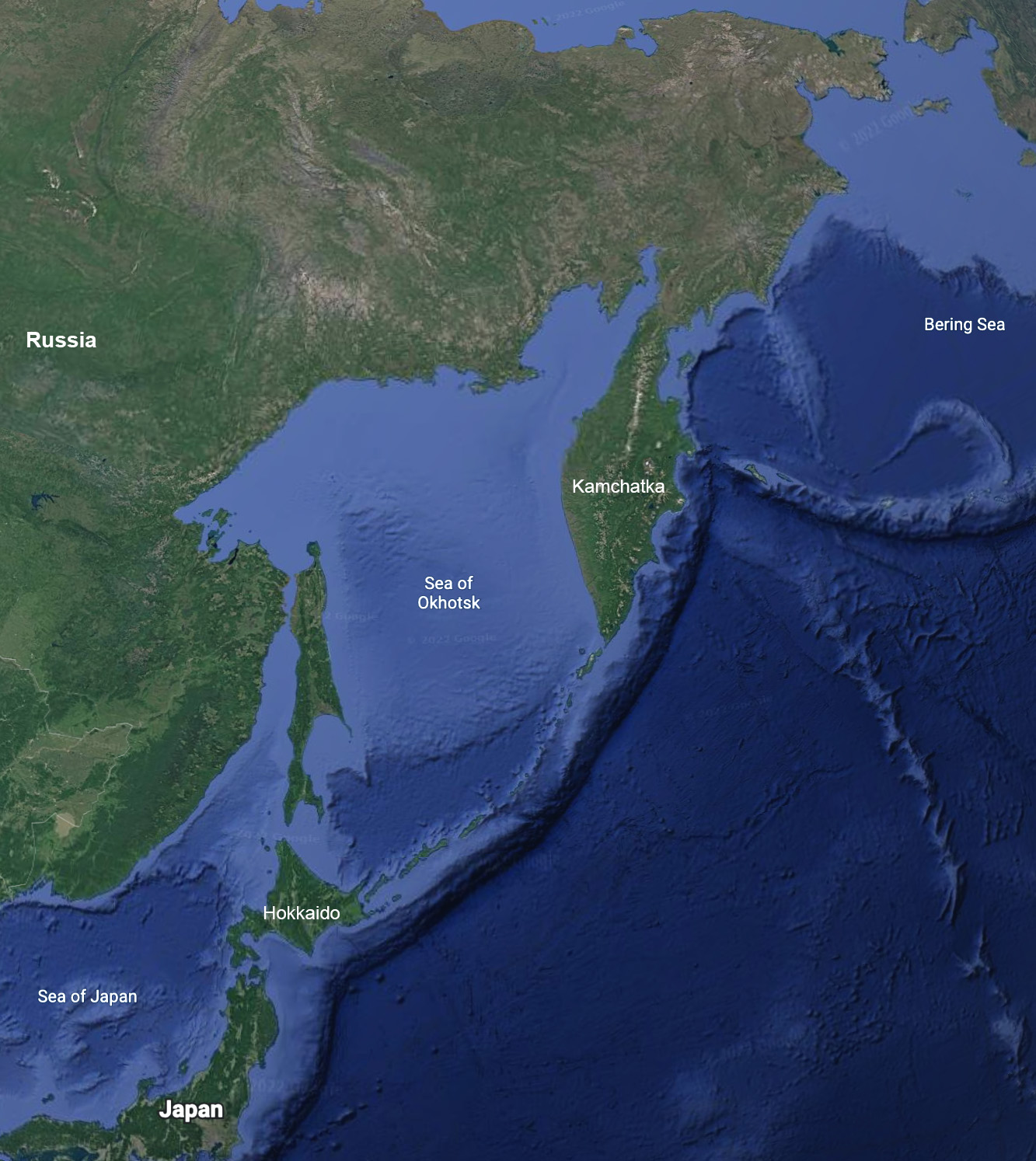 One of the many effects of global warming and climate change is the reduction in the size of glaciers due to accelerated melting. The most severe of these losses has been seen in mountain glaciers, which have contributed to 80% of the global reduction in glacier volume. The Kamchatka Peninsula in Russia is one such region; however, their loss is less understood—despite the influence and importance of these glaciers in water circulation in the North Pacific Ocean.

A team of researchers led by Professor Shin Sugiyama at the Institute of Low Temperature Science, Hokkaido University, has used satellite data to reveal glacier mass changes on the Kamchatka Peninsula. Their discoveries, which show that 4.9 gigatons of ice was lost across the peninsula in the last 20 years, were published in the Journal of Glaciology. 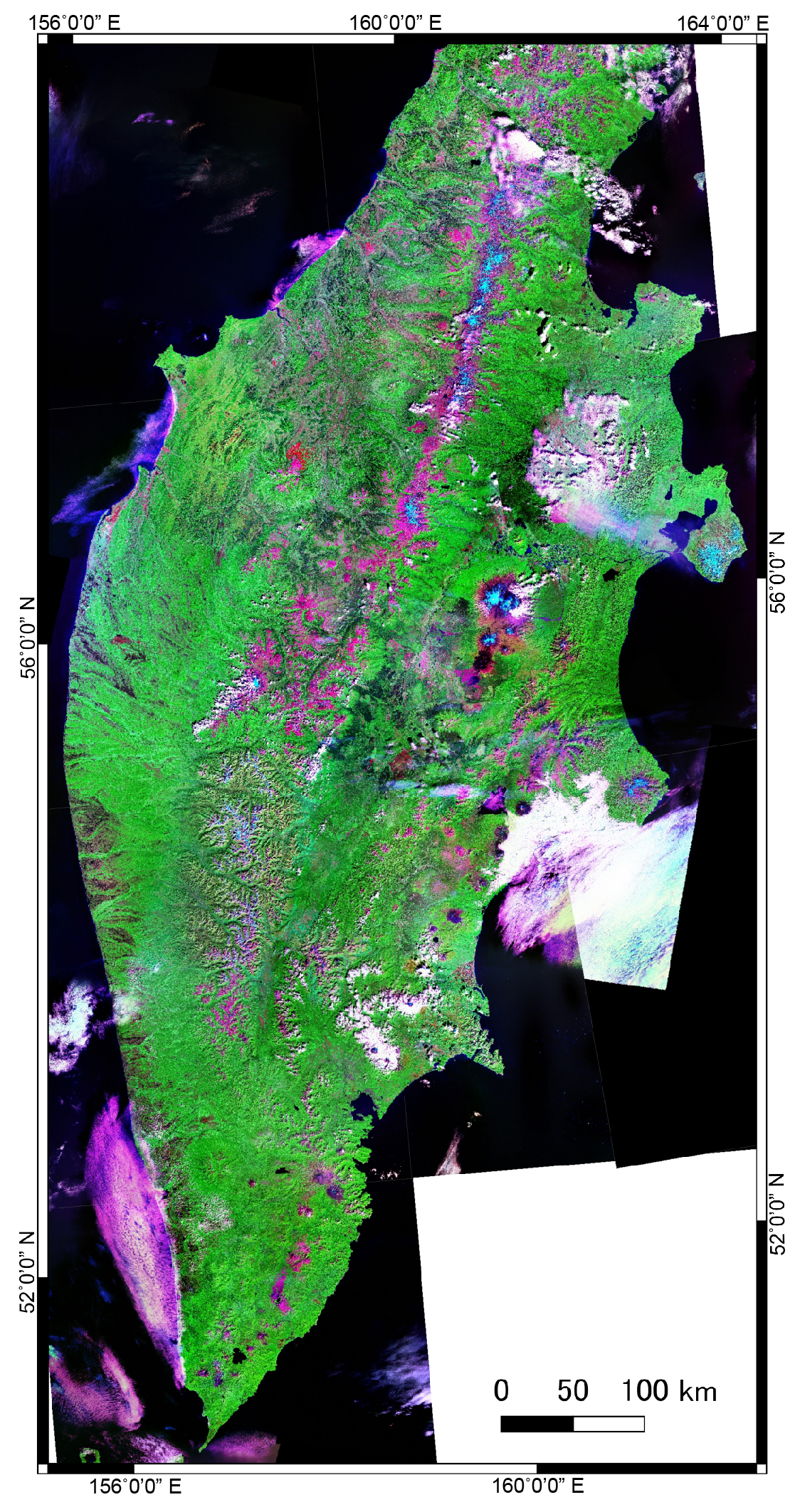 The Kamchatka Peninsula in Far Eastern Russia is a cold region with heavy snowfall of up to 1200 mm per year. The peninsula has a long mountain range and many active volcanoes, and there are a total of 405 glaciers in the peninsula. Freshwater flowing into the Sea of Okhotsk from the Kamchatka Peninsula plays an important role in the seawater circulation in the North Pacific Ocean. Hence, it is vital to understand the glacier dynamics in the region; however, the analysis of glacier fluctuations in the Kamchatka Peninsula was scarce.

The researchers reconstructed and analysed glacier elevation data from satellite images recorded between 2000 and 2016. They combined these data with local meteorological data; they also included on-site measurements of snow depth for part of their analysis. They used the combined data to track mass loss in glaciers across the 16 years covered by their analysis. 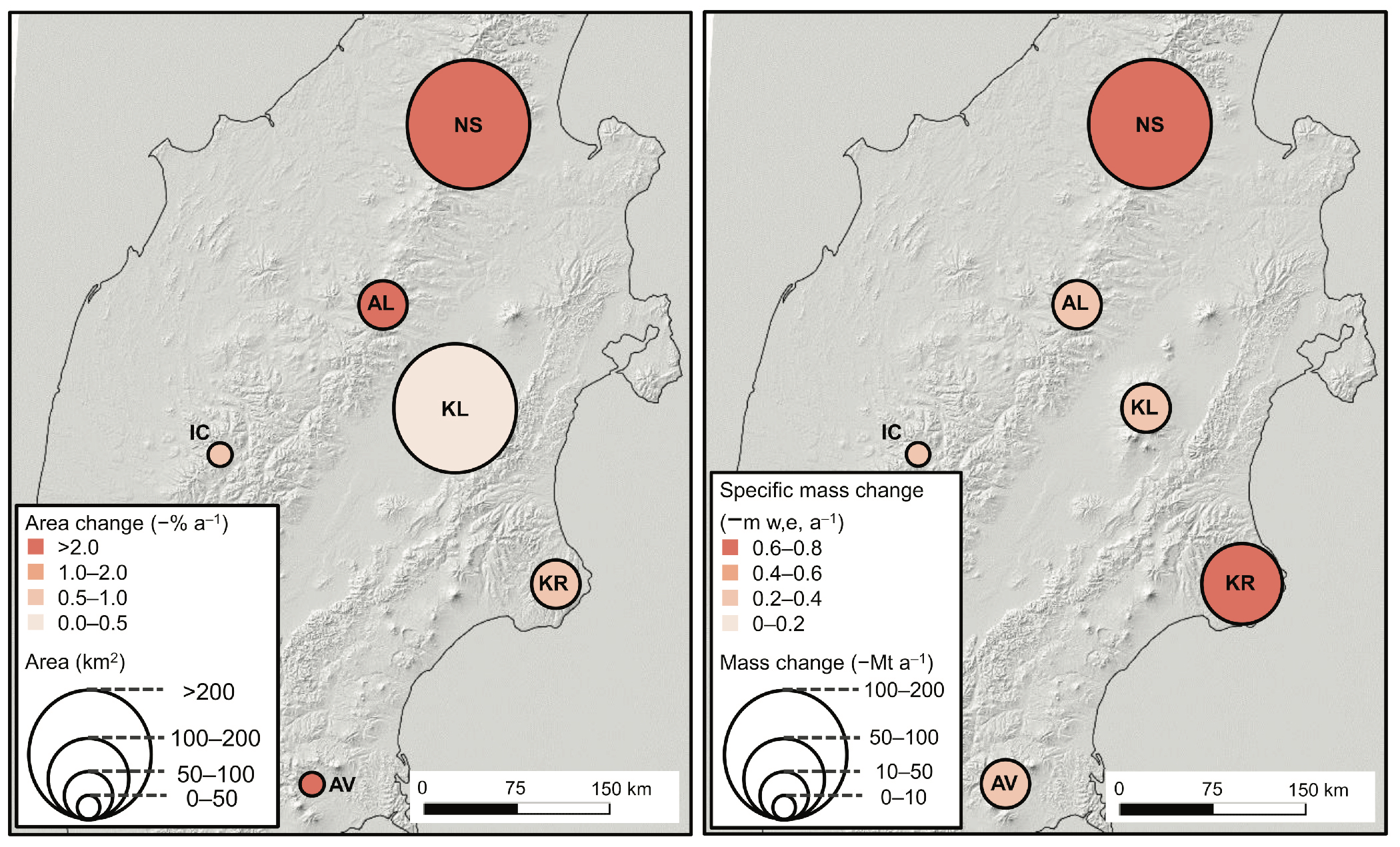 Their analysis revealed that, overall, the glacier cover on Kamchatka has lost a total of 4.9 billion tons of ice between 2000 and 2016, which corresponds to a sea level rise of 0.013 mm. The loss has been greatest in the eastern and northern parts of the region; in particular, the rate of mass loss has increased in the second part of the study period.

They were able to determine that rising temperatures were the primary driver of these changes. Most concerning, a recurring climate variability in the Pacific Basin, the Pacific Decadal Oscillation, is expected to reduce snowfall in Kamchatka, leading to further acceleration in the glacier mass loss.

This study is the first to quantify glacier mass changes on the Kamchatka Peninsula, Russia. This study also clarified the distribution and regional characteristics of glacier fluctuations within the peninsula. “Our findings are important to accurately understand sea-level rise, and are also valuable data for the understanding of mountain glacier fluctuations,” said Shin Sugiyama. 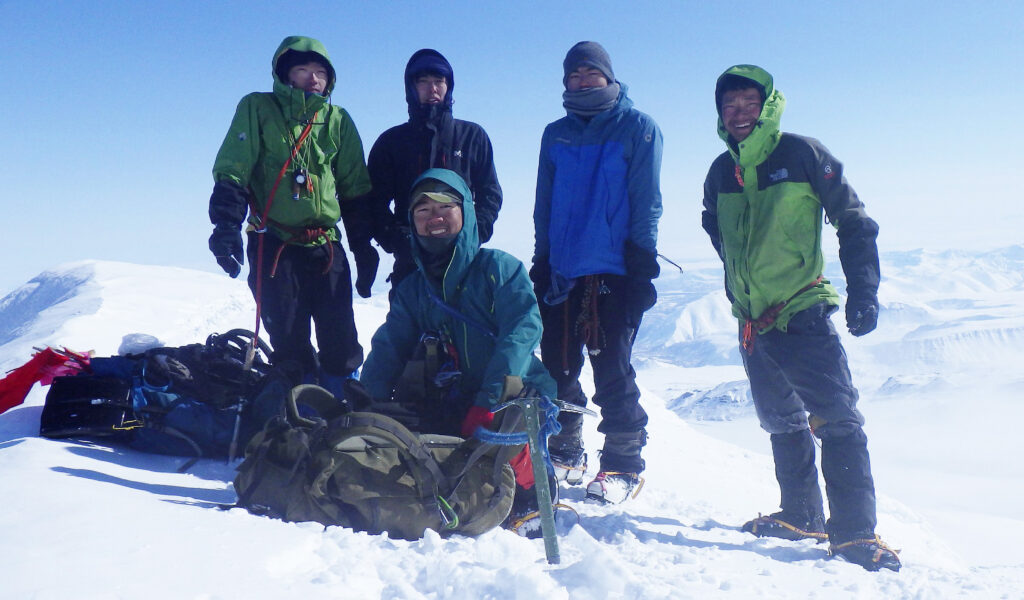 Shungo Fukumoto (blue parka), lead author of the paper, with members of student climbing club Academic Alpine Club of Hokkaido, Hokkaido University, during their expedition to the study site in Kamchatka in 2016 (Photo: Shungo Fukumoto).

This research was funded by Japan Society for the Promotion of Science (JSPS) KAKENHI (JP17H01156) and the Arctic Challenge for Sustainability Project (ArCS II; JPMXD1420318865).

Modeling past and future glacial floods in northern Greenland