Spotlight on Research: Glaciers are sensitive and complicated creatures 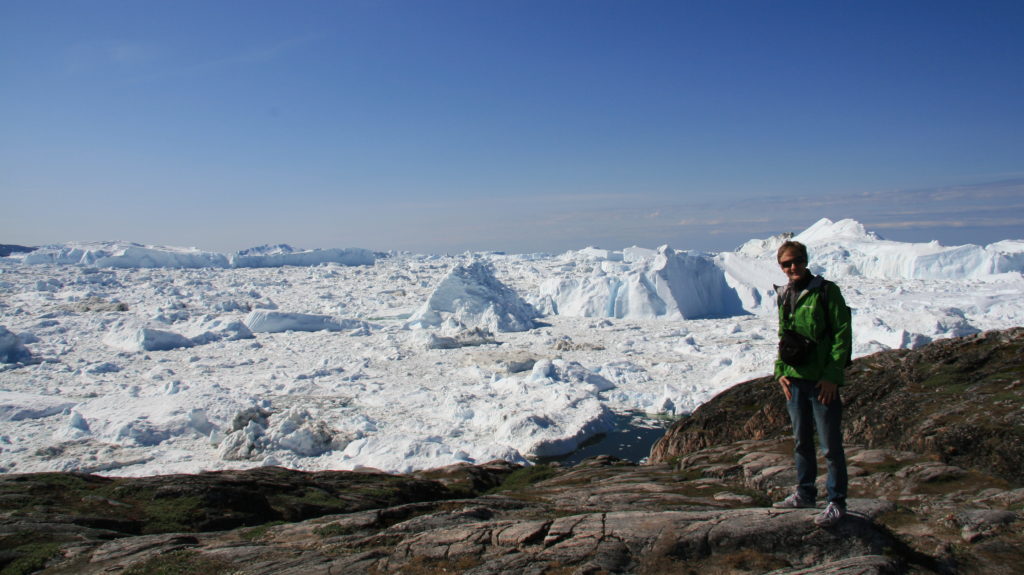 “Glaciers are rivers of ice. They flow like honey but break like glass.” Assistant Professor Evgeny Podolskiy from the university’s Arctic Research Center opened with these words during our interview to discuss his research. Podolskiy studies the tectonic processes which happen within glaciers, particularly those entering the ocean, to elucidate the mechanisms of glacial dynamics. Using seismometers, time-lapse cameras, GPS, and other such geophysical tools, he works with an international team in Greenland and specifically concentrates on analyzing the Bowdoin Glacier in the north-west.

Glaciers are highly sensitive to their environment and surroundings; because of this, there are a lot of factors to consider when analyzing them. For example, in the summer temperatures fluctuate throughout the day, causing glaciers to move 30% faster in the evening compared to the morning. Such changes in ice speed create strains in the ice, resulting in cracks. These cracks can be heard and occasionally felt as vibrations. Podolskiy measures this sort of seismic data using seismometers which take measurements on an incredibly small timescale – collecting about 500 samples per second. The data have shown that the seemingly chaotic nature of these cracks is actually affected by the tide. As the tide falls, the glacier moves faster and creates more strain and cracks. This means that during low tide, calving – the falling of a mass of ice from a glacier or iceberg – is statistically more likely to happen.

Tides have a daily and monthly cycle, and are related to the moon’s orbit. For those who live in areas which experience dramatic tidal differences, recognizing the impact tides have on the landscape isn’t difficult. Although tides shift slowly, they produce a surprising amount of glacier variation. One of the experiments Podolskiy and his team performed was to measure the distance between two points on a glacier via GPS. Their results show that over a distance of less than two kilometers the Bowdoin Glacier stretches about 2 cm/hour – that’s 5 meters every 2 weeks.

However, interpretation of the data, specifically the seismic data, is very complex. Every signal received has a different story, providing evidence for various types of glacier related processes (e.g. cracking, calving) and unrelated events (e.g. activity in the fjord, background noise) that often intermix. Large events attract attention, but it is also useful to take note of ones which may seem minuscule at first. Take, for example, background noise. Noise can be distinguished on a seismic record as a sort of consistent wobbling that has a weak amplitude. In short, fluctuations in noise may represent the gradual evolution of the immediate environment instead of a seismic event.

Even though Podolskiy has been working on Bowdoin Glacier for only a couple seasons now, there is evidence that the glacier has changed over time. Podolskiy and his team were surprised to learn about the existence of records from over 100 years ago by Admiral Robert Peary, an American whose goal it was to reach the North Pole and had spent a significant portion of time at Bowdoin Glacier. Items include literature describing the vibrations that were felt back then when standing on the glacier and a collection of photographs. Although old, these old historical records show that, unlike many other glaciers, Bowdoin Glacier is relatively stable, retreating a mere 3 kilometers since the end of the 19th century. 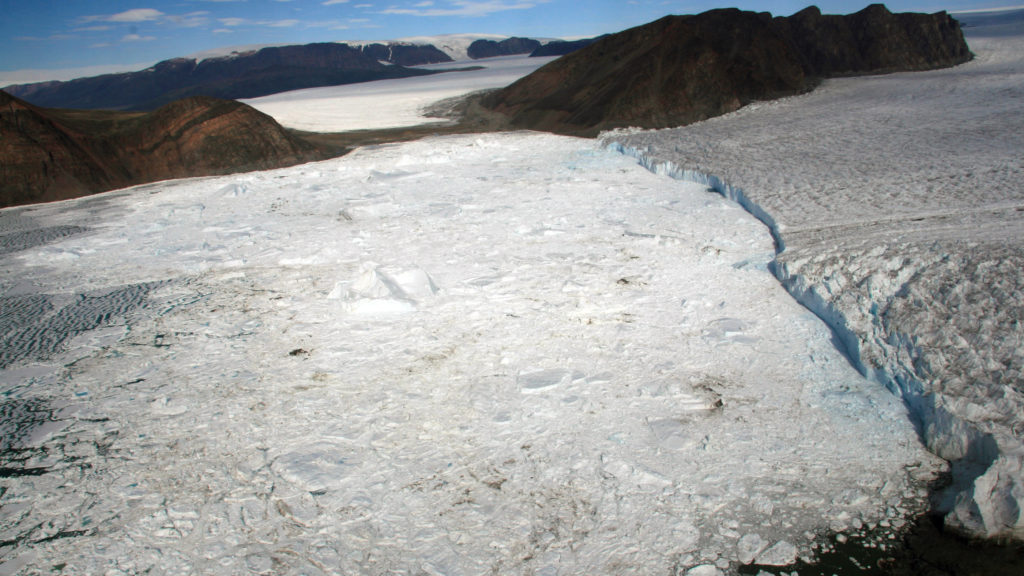 Image of Bowdoin Glacier, northwestern Greenland, on July 4th, 2016 as seen from a helicopter. The glacier is about 3 kilometers wide.

In order to measure and gather long-term data, the last time Podolskiy and his team were at Bowdoin Glacier they drilled 3 bore holes into the ice, placed within each hole a seismometer about 1 meter long, and connected the seismometers to 60 kilograms of batteries and recorders. This summer, they hope to be able to find these devices and obtain a wealth of seismic data to study the dynamics of the area over a long time frame.

Lately, there has been a lot of interest in the field of cryoseismology and glaciology concerning subglacial hydrology. Podolskiy is particularly interested in the plumes located around the edges of Bowdoin Glacier. In this case, a plume refers to the flow of highly turbulent water coming out from under the glacier. Since sea water is dense, this meltwater rises to the surface, and this appears to attract an impressive amount of birds and sea life. How glacier pluming systems work is unclear, but Podolskiy expects that the data from the seismic records left at the research site will help elucidate this.

A deeper understanding of glaciers has implications for the way in which they are modeled, interpreted, and treated. Podolskiy hopes that his fundamental research will bring light to the mechanisms in which glaciers follow: “My part is very small and recent. I work with this little glacier, but we are doing very unique experiments, and I hope they will bring more light on the different processes happening in glaciers.”