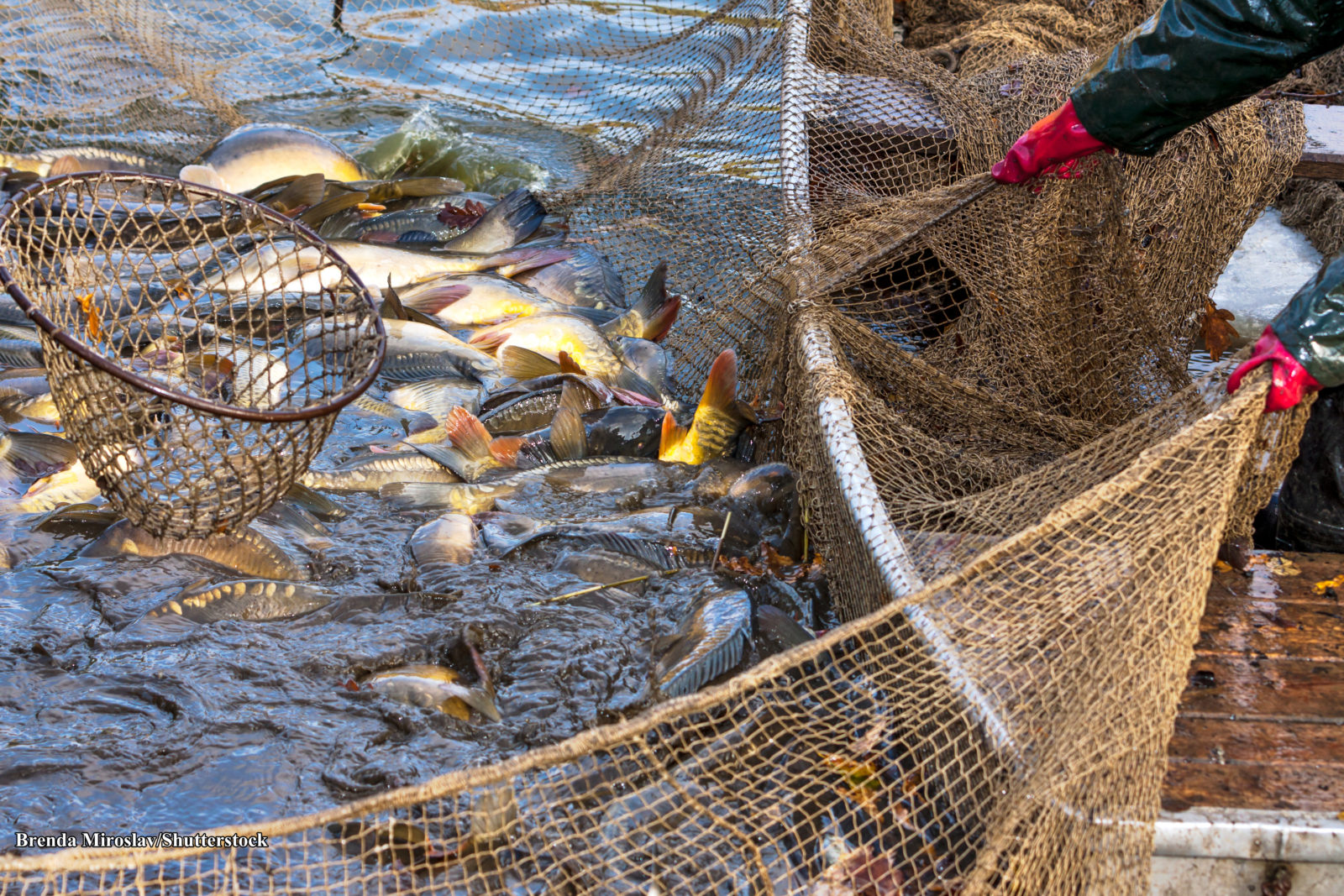 Global commercial fish stocks could provide more food and profits in the future, despite warming seas, if adaptive management practices are implemented. Even so, yields for nearly half of the species analyzed are projected to fall below today’s levels.

Researchers from Japan’s Hokkaido University, the University of California, Santa Barbara (UCSB), National Center for Ecological Analysis and Synthesis, and Environmental Defense Fund (EDF) found that harvesting sustainable amounts of seafood globally over the next 75 years can lead to higher total food production and profits, even taking into consideration the fish populations which are projected to decline as the ocean warms and habitats change.

This is because, under what has been determined as the best management scenario, some major fish and shellfish stocks that are commercially harvested, broadly referred to as fisheries, will grow and become more profitable, offsetting the many others projected to shrink or even disappear. On a global average, profitability could rise by 14 billion USD and harvest by 217 million metric tons above today’s levels, according to the study.

There is a catch. In the model, the growth was achieved under the projected moderate warming of 2.2°C (3.9°F) above average global temperatures by 2100. But if temperatures rise further, global fish harvest and profits are expected to decline below today’s levels even with the best management in place.

The researchers say their study, published in Scientific Advances, conveys an important message: the oceans can continue to be a source of healthy seafood and sustainable livelihoods for billions of people, but only if action is taken to manage the stocks well and limit the carbon emissions that drive climate change.

“If we continue to work toward developing adaptive fishery management strategies, and we commit to the international agreements for climate change mitigation and emission reductions, the future may be overall brighter than so far anticipated,” says aquatic ecologist Jorge García Molinos of Hokkaido University.

He noted that this potentially brighter future appears unattainable for nearly half of the 915 species and mixed groups of species analyzed in the study. The tropics will be hit especially hard, where warming is projected to be the greatest. 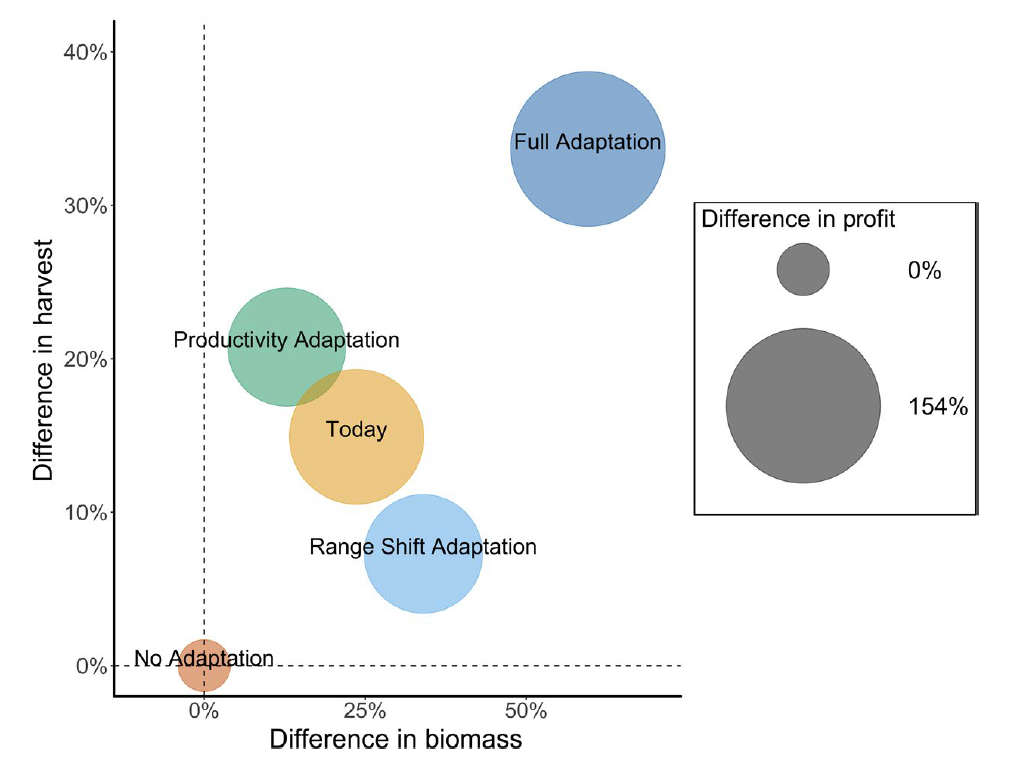 This work represents the first study incorporating both climate change projections and alternative management approaches into predictions of future fishery status. The authors first modeled the effect of climate warming on geographical fishery range distributions and productivity, affecting where and how much can be fished, using four contrasting climate change scenarios (rises of 1.0°C to 3.7°C in average global temperatures by 2100). For each of these climate scenarios, the team then projected how biomass, harvest and profits for each stock would change under four management scenarios. The management scenarios include: no changes to current fishing rates; varying fishing rates according to changes in stock populations; varying fishing rates according to changes in distribution patterns; or full adaptation that maintains sustainable harvest levels even as stocks fluctuate and shift throughout fishing territories.

Addressing both productivity and distribution changes through a fully adaptive management strategy led, on average, to higher yields and profits in all but the most extreme climate scenario. This is something unattainable if either challenge is addressed alone. The researchers admit that achieving such comprehensive management may be idealistic, but note that improved management of just 10% of the global stocks could still lead to a rise in global profits.

In an effort to capture a global picture, the models did not incorporate other factors that influence marine populations, including species interactions and other stressors besides warming. “Fitting more of these elements into the big picture will be important for improving predictions and should be the subject of future work,” says García Molinos. 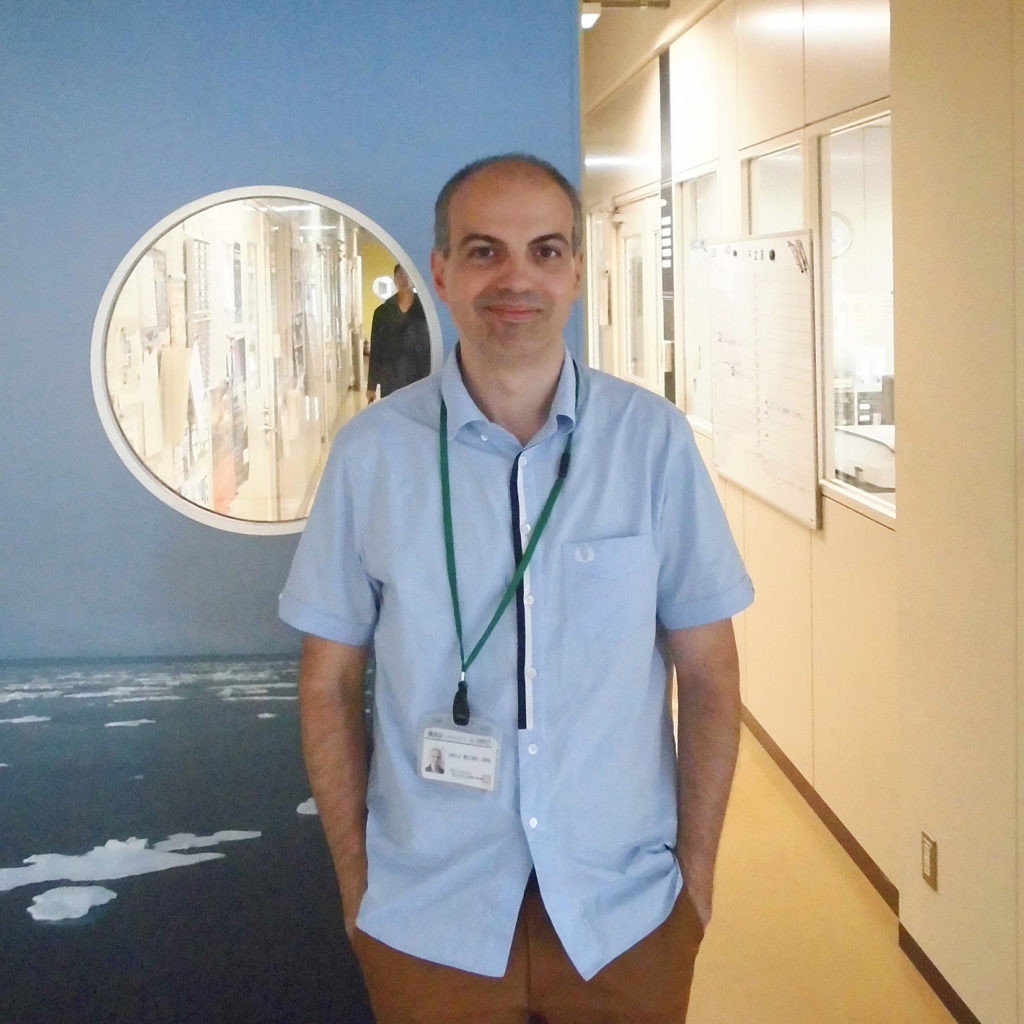 This study was supported by The Leona M. and Harry B. Helmsley Charitable Trust, the Waitt Family Foundation, the “Tenure-Track System Promotion Program” of the Japanese Ministry of Education, Culture, Sports Science and Technology (MEXT), and the David and Lucile Packard Foundation.