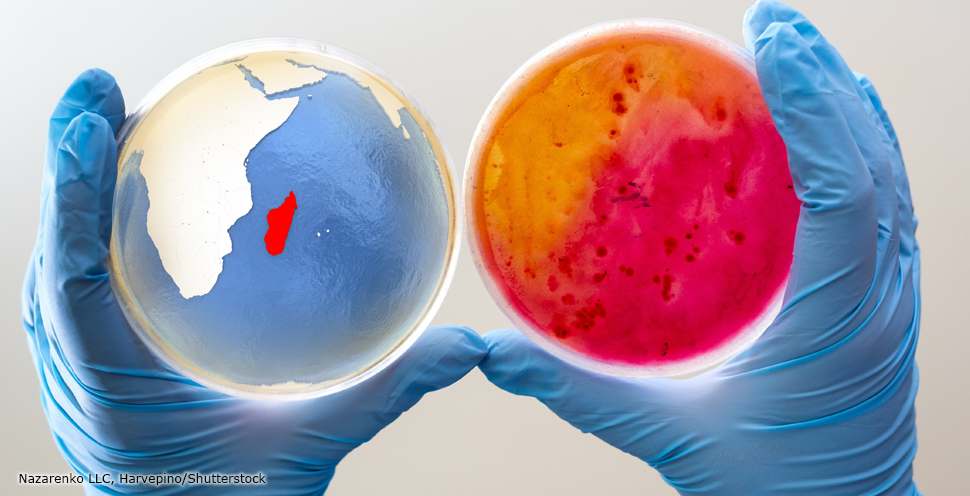 Mathematical models have proven the risk of the on-going pneumonic plague epidemic in Madagascar spreading elsewhere in the world is limited, with the estimated number of exported cases staying below 0.1 person in each country between August 1 and October 17.

The study also estimated the epidemic’s basic reproduction number, or the average number of secondary cases generated by a single primary case, at 1.73. The case fatality risk was 5.5 percent. This was the world’s first real-time study into the epidemiological dynamics of the largest ever pneumonic plague epidemic in the African nation. The study employed several mathematical models.

Madagascar has seen a surge in pneumonic plague cases since August 2017; reportedly 2,217 people were diagnosed positive and there were 113 fatal cases by November 14. The epidemic prompted United Nations bodies, including the World Health Organization and UNICEF, and major nongovernmental organizations such as Doctors Without Borders to send relief to the nation. It is one of the largest epidemics in Madagascar since the late 19th century, when pneumonic plague was imported from abroad.

Pneumonic plague, which is the most severe form of plague caused by the bacterium Yersinia pestis, can be transmitted between people through breathing airborne droplets or through contact with the patient’s bloody sputum. The severe lung infection has a high mortality rate, but it can be cured if treated with antibacterial drugs at an early stage.

Several epidemiological research projects on this form of plague were conducted by using mathematical models. They made indexes based on past data of major epidemics to objectively and quantitatively clarify transmission dynamics of the disease. But there had been few real-time, practical analyses of on-going major epidemics, the results of which were released quickly for the benefit of society.

The research team led by Professor Hiroshi Nishiura of Hokkaido University analyzed the Institut Pasteur de Madagascar’s epidemiological bulletin regarding confirmed and suspected cases of pneumonic plague between August 1 to October 21 to conduct real-time statistical analysis. The team incorporated reporting delays—time lags between the onset of a disease and the reporting of cases—in the mathematical modeling to calculate a more reliable basic reproduction number of 1.73. Reporting delays were estimated at 6.52 days on average.

The researchers used U.N. World Tourism Organization data on Madagascar’s inbound and outbound travel volumes to estimate the risk of the epidemic spreading to other nations. The risk of international spread anywhere in the world was found to be very low, staying below 0.1 person for the 78 days between August 1 and October 17. 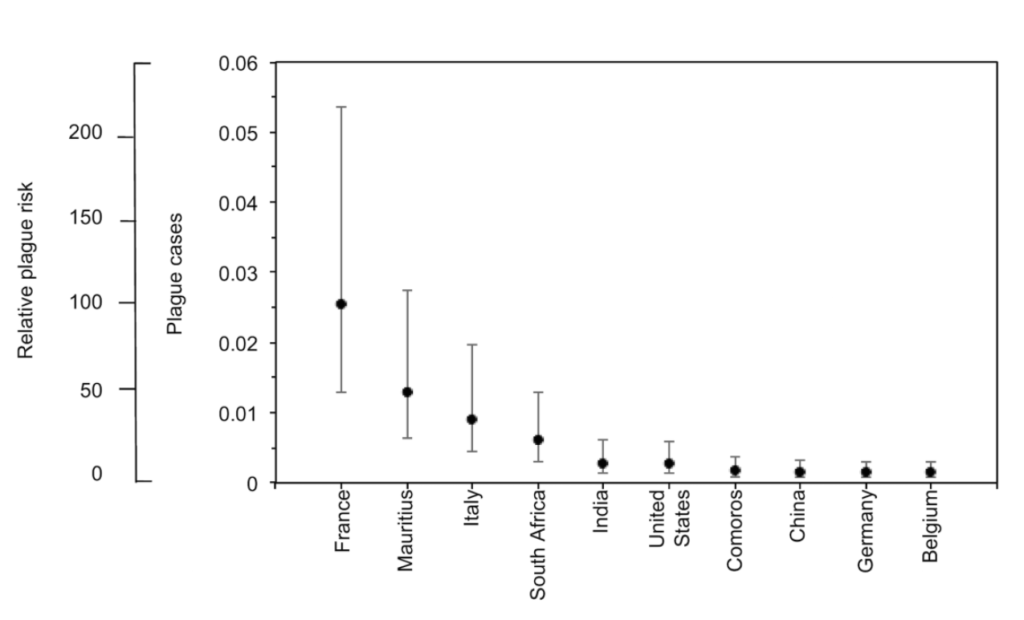 The team’s real-time estimates have been proven mostly correct so far. “Unlike the Zika virus epidemic that internationally spread from South America to other nations, the overall magnitude of the ongoing pneumonic plague epidemic in Madagascar is very limited. Our finding objectively endorses the notion of the World Health Organization to recognize the risk of international spread as very low,” says Hiroshi Nishiura. The team plans to continue researching the plague epidemic in Madagascar, where the notification of new cases still continues.

Using similar strategies, the team previously predicted the risks of local and international transmission of the Zika virus in 2016 as well as the peak of the cholera epidemic in Yemen earlier this year.

This study is supported by the Japan Agency for Medical Research and Development (AMED), the Japan Science and Technology Agency (JST) CREST program (JPMJCR1413), RISTEX program for Science of Science, Technology and Innovation Policy, the Program for Advancing Strategic International Networks to Accelerate the Circulation of Talented Researchers by the Japan Society for the Promotion of Science (JSPS), and JSPS KAKENHI (16KT0130, 17H04701, 17H06487 and 17J07706).