New insights into the opposing actions of serotonin-producing nerve fibres in mice could lead to drugs for treating addictions and major depression. 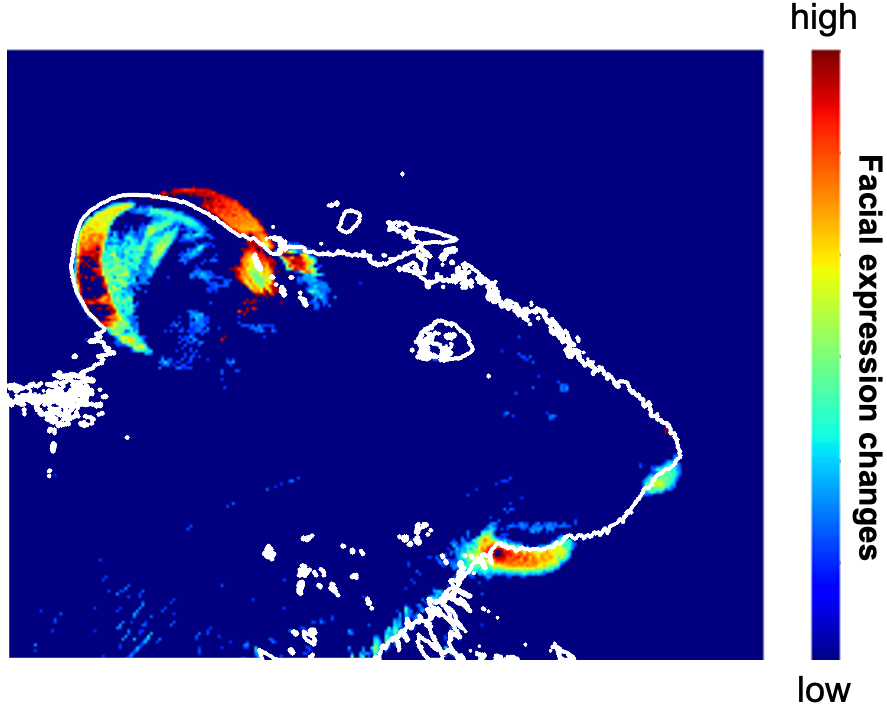 An illustration of the facial expression changes in mice following stimulation and inhibition of the median raphe nucleus (Yu Ohmura).

Scientists in Japan have identified a nerve pathway involved in the processing of rewarding and distressing stimuli and situations in mice.

The new pathway, originating in a bundle of brain stem nerve fibres called the median raphe nucleus, acts in opposition to a previously identified reward/aversion pathway that originates in the nearby dorsal raphe nucleus. The findings, published by scientists at Hokkaido University and Kyoto University with their colleagues in the journal Nature Communications, could have implications for developing drug treatments for various mental disorders, including addictions and major depression.

To further study the reward and aversion nerve pathways of the brain, Hokkaido University neuropharmacologist Yu Ohmura and Kyoto University pharmacologist Kazuki Nagayasu, together with colleagues at several universities in Japan, focused their attention on the median raphe nucleus. This region has not received as much research attention as its brain stem neighbour, the dorsal raphe nucleus, even though it also is a source of serotonergic nerve fibres.

The scientists conducted a wide variety of tests to measure activity of serotonin neurons in mice, in response to stimulating and inhibiting the median raphe, by using fluorescent proteins that detect entry of calcium ions, a proxy of neuronal activation in a cell-type specific manner.

They found that, for example, pinching a mouse’s tail—an unpleasant stimulus—increased calcium-dependent fluorescence in the serotonin neurons of the median raphe. Giving mice a treat such as sugar, on the other hand, reduced median raphe serotonin fluorescence. Also, directly stimulating or inhibiting the median raphe nucleus, using a genetic technique involving light, led to aversive or reward-seeking behaviours, such as avoiding or wanting to stay in a chamber—depending on the type of stimulus applied. 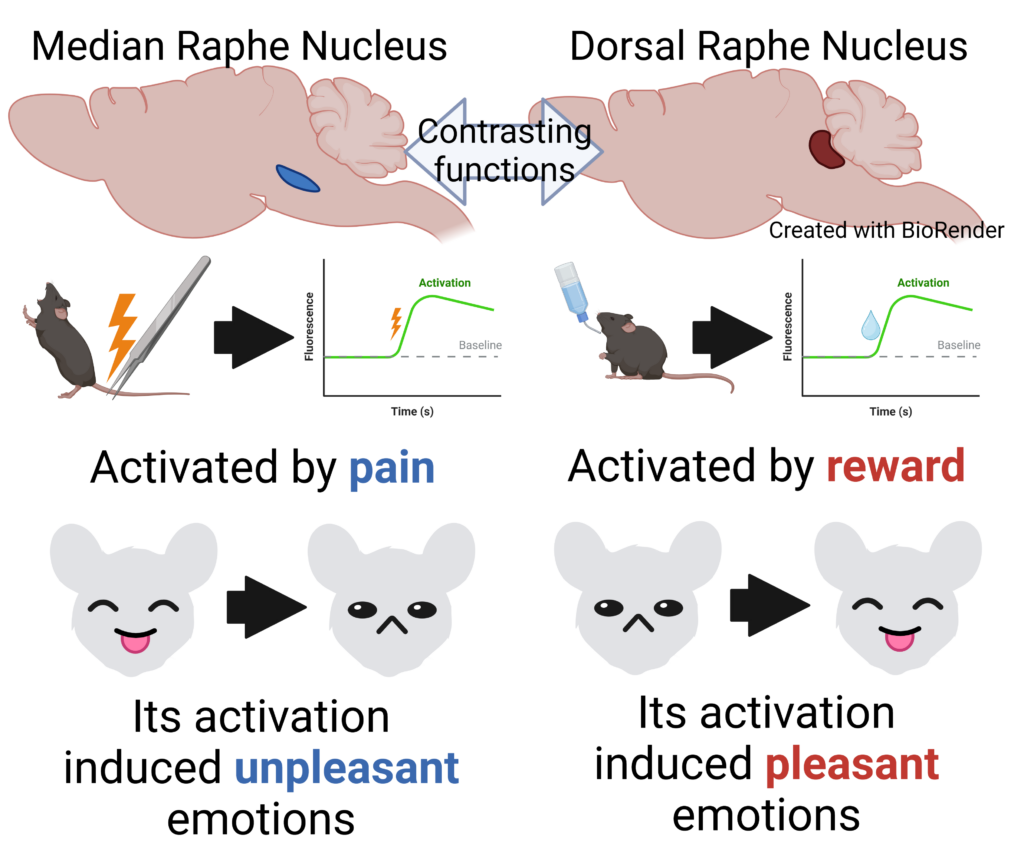 The median raphe nucleus serotonergic nerve (left) and the dorsal raphe nucleus serotonergic nerve (right) act in contrast to each other. The median raphe induces unpleasant emotions in response to pain, while the dorsal raphe induces pleasant emotions in response to reward (Kazuki Nagayasu, created with Biorender).

The team also conducted tests to discover where the switched-on serotonergic nerve fibres of the median raphe were sending signals to and found an important connection with the brain stem’s interpenduncular nucleus. They also identified serotonin receptors within this nucleus that were involved in the aversive properties associated with median raphe serotonergic activity.

Further research is needed to fully elucidate this pathway and others related to rewarding and aversive feelings and behaviours. “These new insights could lead to a better understanding of the biological basis of mental disorders where aberrant processing of rewards and aversive information occur, such as in drug addiction and major depressive disorder,” says Ohmura.