Greenland ice sheet may halve in volume by year 3000

As a result of global warming in the 21st century, the Greenland ice sheet may contribute several metres to sea-level rise in the centuries to come; however, effective climate change mitigation measures will greatly reduce its decay. 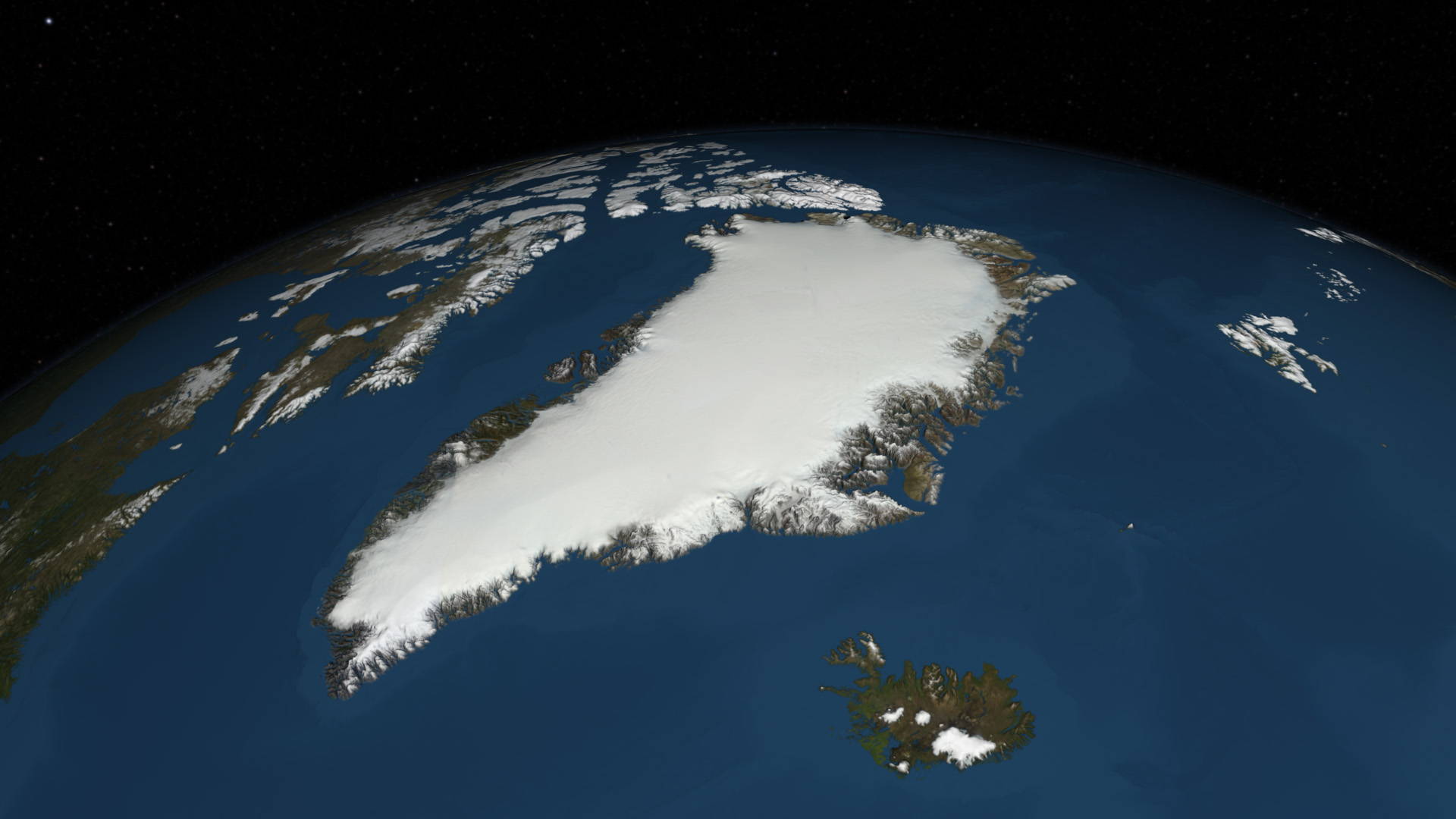 One of the many effects of global warming is sea-level rise, to which the melting and retreat of the Earth’s ice sheets and glaciers is a major contributor. As the sea level rises, large areas of densely populated coastal land could ultimately become uninhabitable without extensive coastal modification. Hence it is vital to understand the impact of different pathways of future climate change on changes in sea level caused by ice sheets and glaciers.

Professor Ralf Greve and Dr. Christopher Chambers at the Institute of Low Temperature Science, Hokkaido University, simulated the evolution of the Greenland ice sheet until the year 3000 to investigate the long-term impacts of 21st-century warming. Their predictions were published in the Journal of Glaciology.

The Ice Sheet Model Intercomparison Project for the Coupled Model Intercomparison Project Phase 6 (ISMIP6) was a major international effort that used the latest generation of models to estimate the impact of global warming on the ice sheets of Antarctica and Greenland. The objective was to provide input for the recently published Sixth Assessment Report of the IPCC (https://www.ipcc.ch/report/ar6/wg1/). Based on their contribution to ISMIP6, the research team examined the long-term perspective for the Greenland ice sheet beyond the 21st century under global-warming conditions.

Greve and Chambers used the ice sheet model SICOPOLIS to carry out future projections for each of the twelve ISMIP6 experiments for the unabated warming pathway and the two experiments for the reduced emissions pathway, extending the time period to the year 3000. The set-up until the year 2100 was the same as for the original ISMIP6 experiments. After 2100, the climate was assumed to remain the same as at the end of the 21st century, without considering further warming trends. 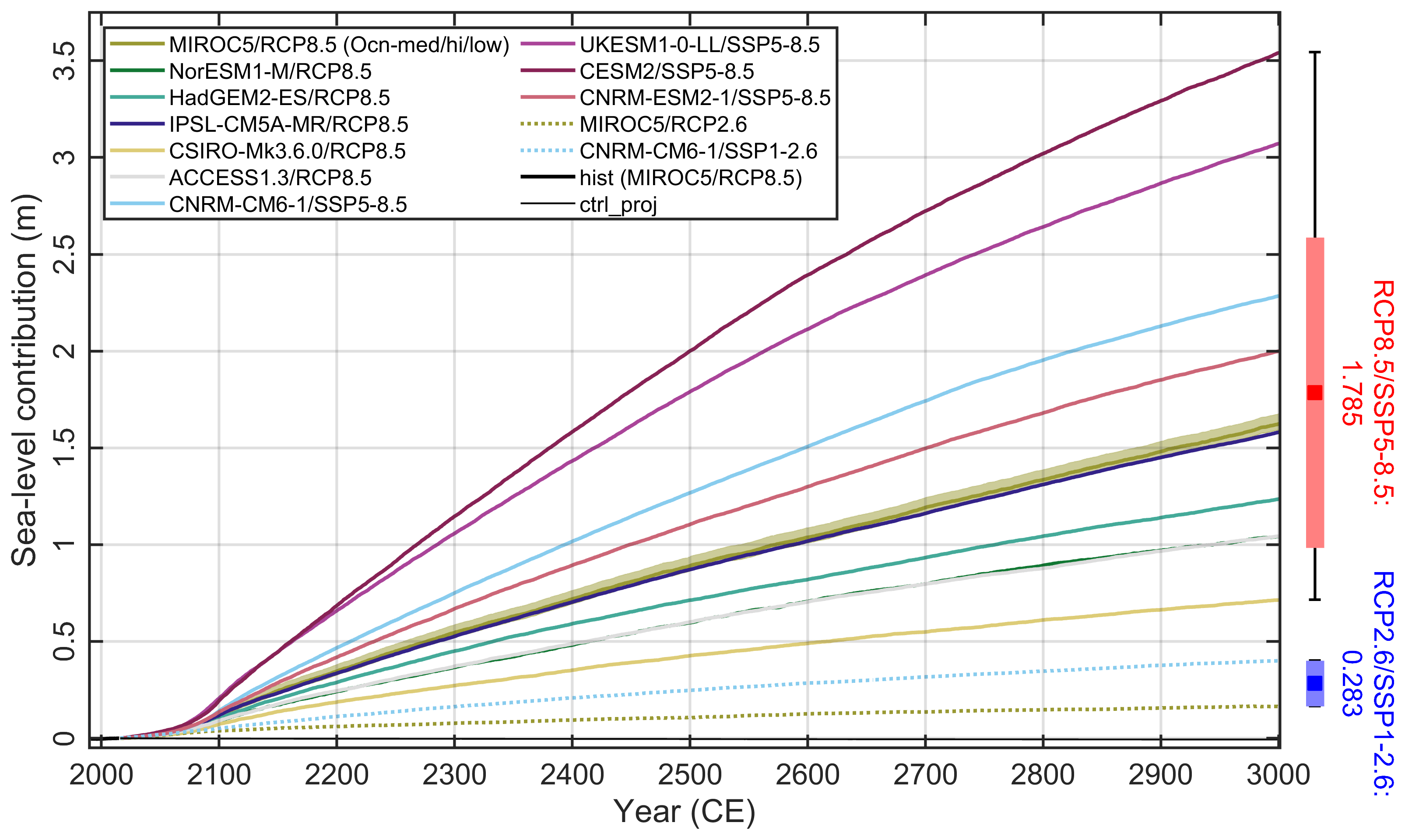 Simulated mass loss of the Greenland ice sheet from 1990 until 3000 expressed as sea-level contribution: Fourteen experiments for the unabated warming pathway (RCP8.5, SSP5-8.5), three experiments for the reduced emissions pathway (RCP2.6, SSP1-2.6), a historical run (‘hist’) for 1990–2015 and a control run for a constant 1995–2014 climate (‘ctrl_proj’) under which the ice sheet is essentially stable. The red and blue boxes to the right show the means for RCP8.5/SSP5-8.5 and RCP2.6/SSP1-2.6, respectively; the whiskers show the full ranges (Ralf Greve, Christopher Chambers, Journal of Glaciology, March 14, 2022).

An unequivocal distinction between the responses to the unabated warming and reduced emissions pathways arises. By the year 3000, the unabated warming pathway causes ice loss of 0.71 to 3.54 meters sea-level equivalent (SLE), while for the reduced emissions pathway the loss is only 0.16 to 0.4 meters SLE. These numbers are much larger than for the 21st century. The melting and retreat of the Greenland ice sheet occurs in all regions from the far north to the south, and it evolves gradually over time. Even though the loss can be as large as 50% of the entire ice volume, it does not develop as a sudden instability. 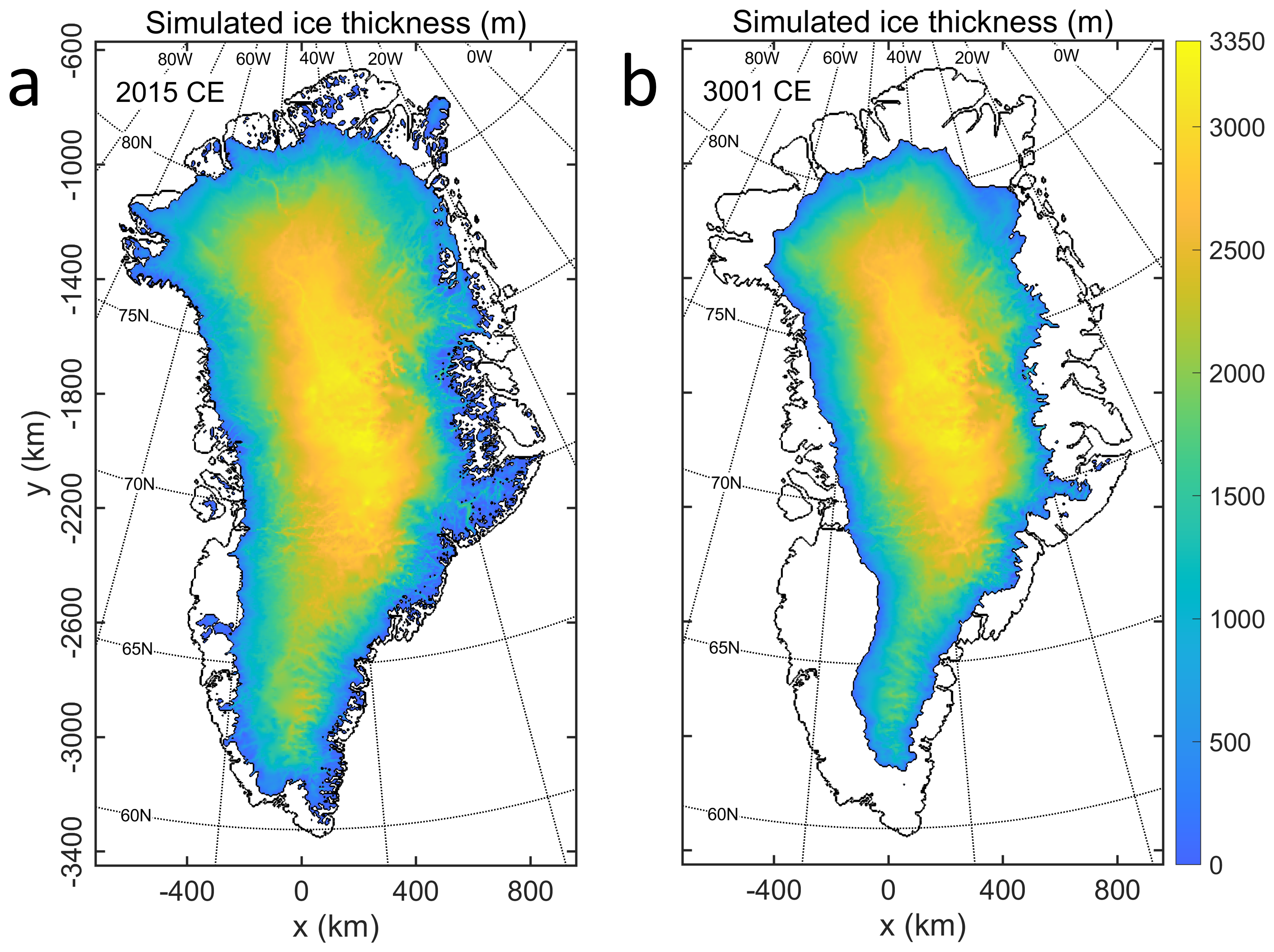 Comparison of the simulated thickness of the Greenland ice sheet at the beginning (a) and end (b) of one of the simulations for the unabated warming pathway (MIROC5/RCP8.5, ice loss 1.62 meters SLE). The melting and retreat of the Greenland ice sheet occurs in all regions from the far north to the south (Ralf Greve, Christopher Chambers, Journal of Glaciology, March 14, 2022).

This study demonstrates clearly that the impact of 21st-century climate change on the Greenland ice sheet extends well beyond the 21st century itself, and the most severe consequences — possibly a multi-meter contribution to sea-level rise — will likely only be seen later in the millennium.

For this study, only a single ice-sheet model (SICOPOLIS) was used, and the results were obtained under the simplifying assumption of the constant late-21st-century climate. In the future, the ISMIP6 community will conduct simulations with more realistic future climate scenarios beyond 2100, encompassing the full range from an ongoing, extended warming to a reduction below 21st-century extremes. Other working groups will contribute results obtained with different ice-sheet models. This will provide a more complete picture of expected long-term mass loss of the Earth’s ice sheets. 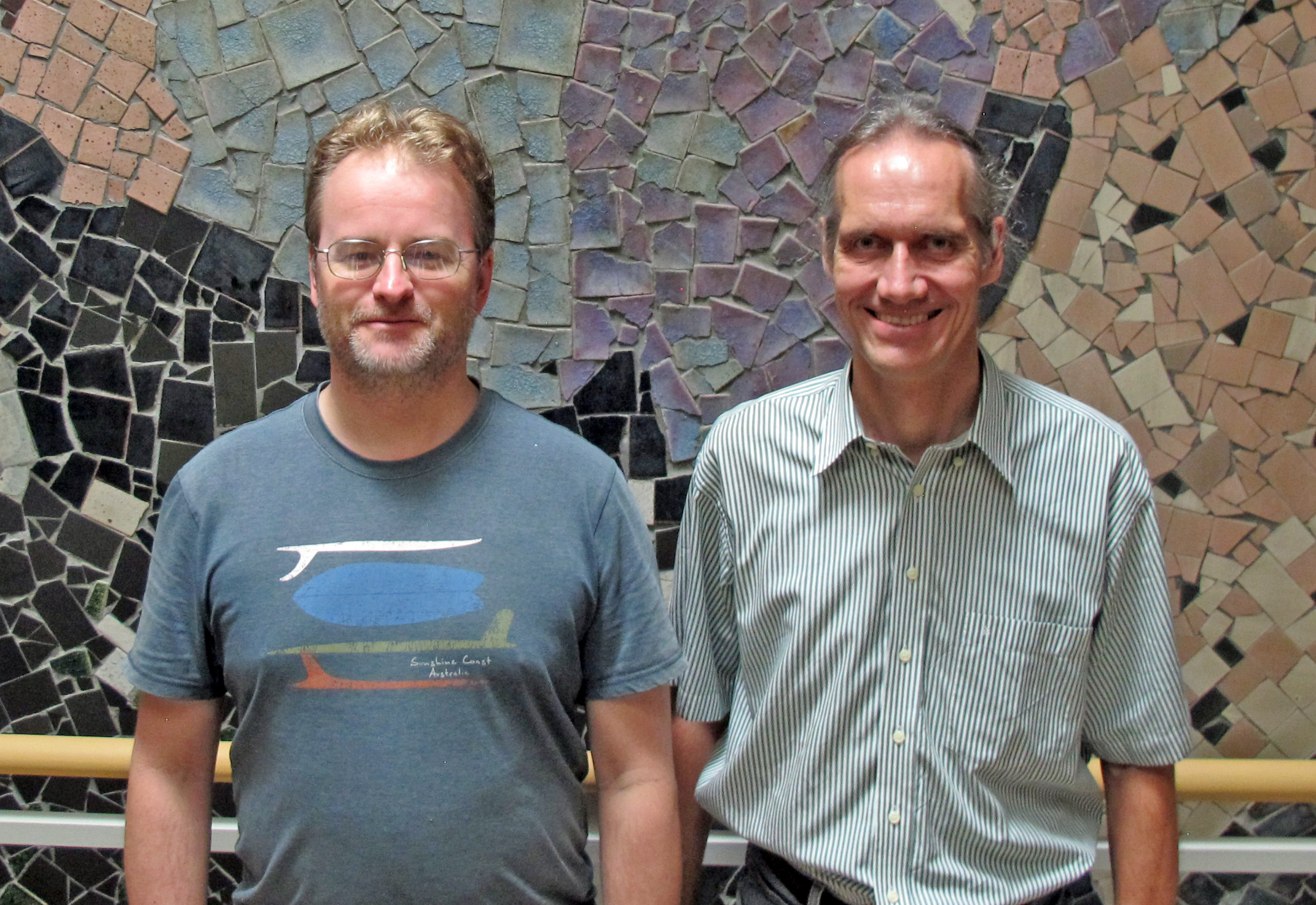 Ralf Greve, Christopher Chambers. Mass loss of the Greenland ice sheet until the year 3000 under a sustained late-21st-century climate. Journal of Glaciology. March 14, 2022.

This research was supported by Japan Society for the Promotion of Science (JSPS) KAKENHI (JP17H06104, JP17H06323); a Leadership Research Grant (Category 2) of Hokkaido University’s Institute of Low Temperature Science: and by the Japanese Ministry of Education, Culture, Sports, Science and Technology (MEXT) through the Arctic Challenge for Sustainability project ArCS II (JPMXD1420318865).