This is Part I of an article based on an interview with Hokkaido University Professor Yukihiro Takahashi, Director of the Space Mission Center, about the university’s involvement in the development of low-cost, high-performance microsatellites. 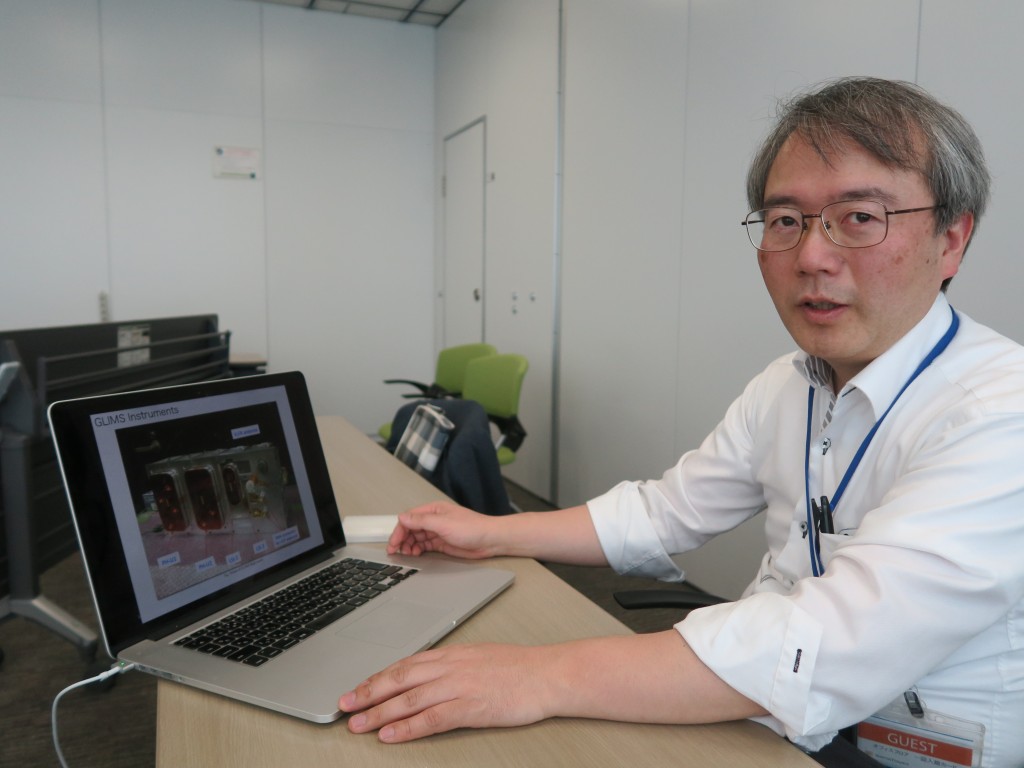 Hokkaido University Professor Yukihiro Takahashi’s scientific interests have evolved over the past few decades: As a child, he enjoyed observing the stars; as a doctoral student he conducted research into auroras in Antarctica; and as an academic, he moved on to the relatively new study of sprites—large-scale electrical discharges that occur high above thunderstorm clouds (cumulonimbus).

This flexible approach to science stands him in good stead as he helps push forward the development of a space-based multispectral imager (SMI), a liquid crystal tunable filter camera, currently being pioneered by Hokkaido University.

“With this sensor, we can observe crops, forests and oceans in ways that can help address pressing global problems, like climate change, disaster preparedness and food shortages,” Takahashi said during an interview, in which he spoke about the scientific interests that have newly engaged him during the past few years.

Takahashi conceived the use of a liquid crystal tunable filter (LCTF) for satellite cameras 15 years ago, when he participated in a Japan Aerospace Exploration Agency (JAXA) satellite project. Starting in 2009, it was developed jointly by the university, research institutions and external companies. It is capable of shooting images at around 600 bands, an unparalleled figure for spectral imagers used for similar purposes.

The SMI with LCTF technology and a high precision telescope developed by the same team attracted international attention in January 2016, when the Philippines’ first microsatellite, a 50-kg-class satellite named “DIWATA-1,” was entrusted to JAXA to put into orbit. 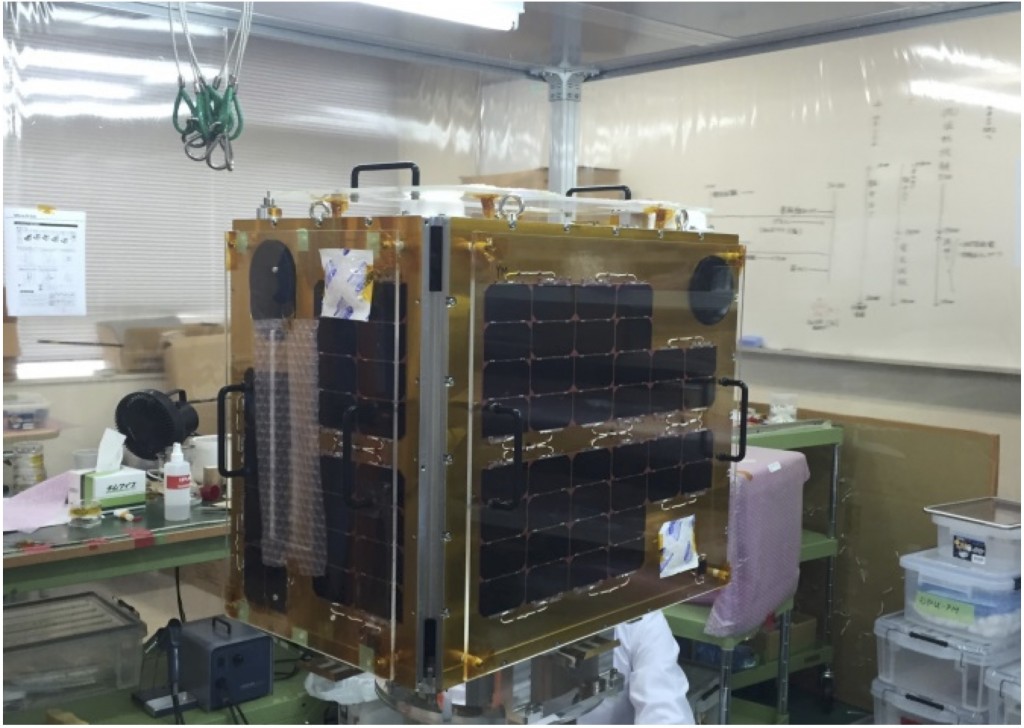 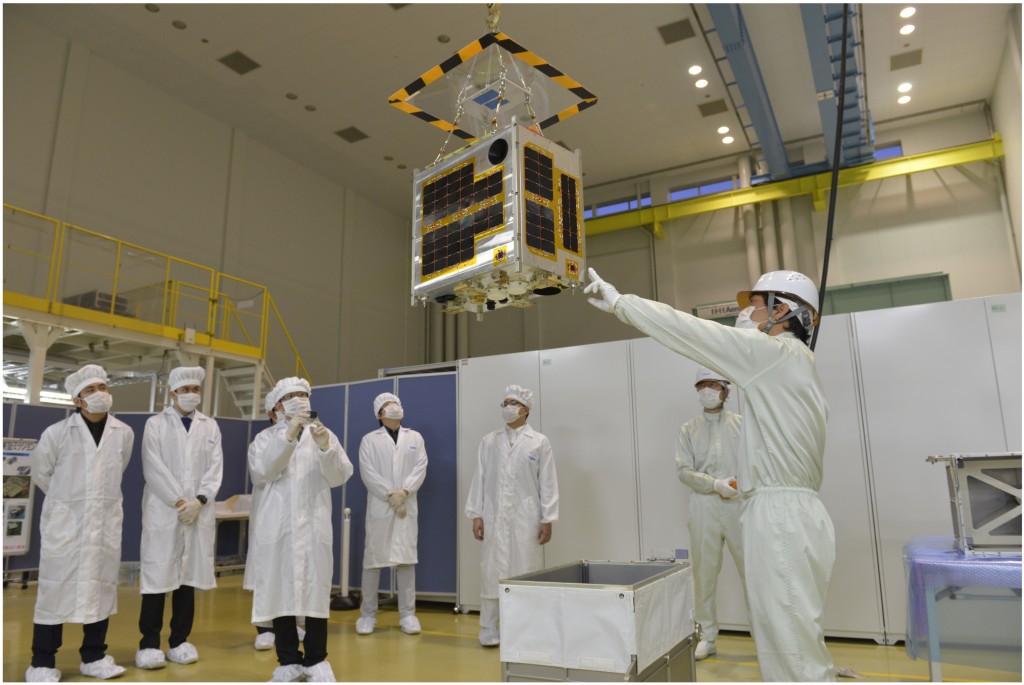 DIWATA-1 the microsatellite of Philippine at JAXA [copyright: JAXA] 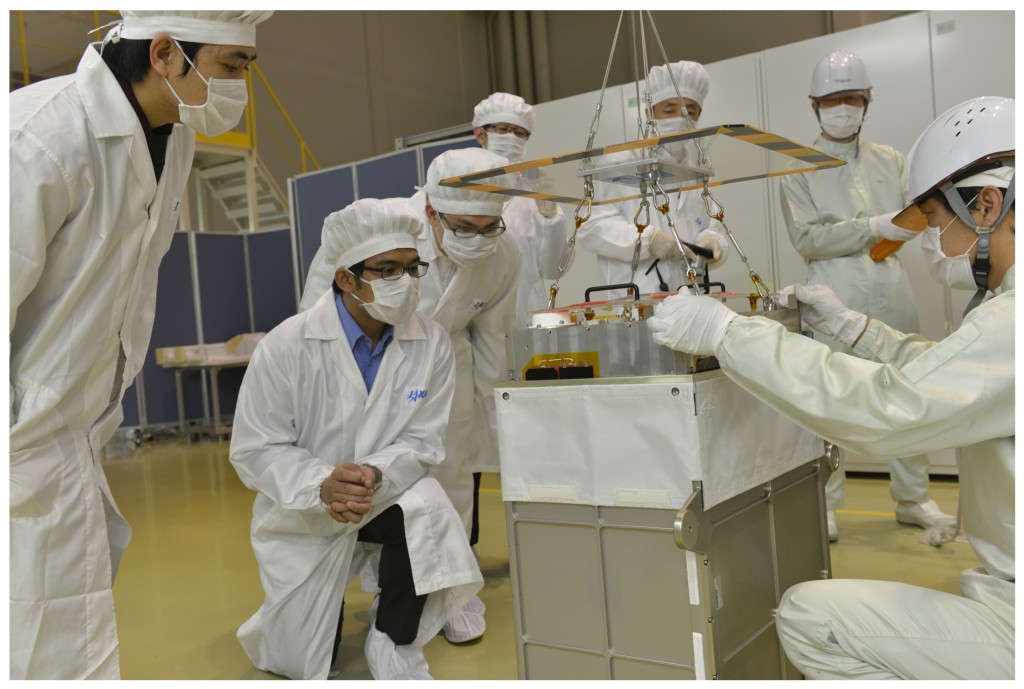 Final packing of DIWATA-1 the microsatellite of Philippine at JAXA [copyright: JAXA]

The Hokkaido University team developed the payload, capable of taking images at 590 bands and with a ground resolution of 3 meters, while Tohoku University used its microsatellite-manufacturing expertise to develop the bus (spacecraft infrastructure). The satellite—and a planned successor—will total a mere ¥ 800 million. The project was a joint undertaking with the Philippines’ Department of Science and Technology (DOST), the University of the Philippines Diliman and the Advanced Science and Technology Institute (ASTI).

The satellite, whose name derives from the Filipino word for “fairy,” was successfully released from Kibo, the Japanese Experiment Module that is part of the International Space Station, on April 27.

“We’re making satellites to conduct scientific research, which is very important,” Takahashi said. “Regrettably, for large-scale, space-related institutions, the launching of large satellites often becomes a goal in and of itself, eclipsing the reasons for the satellite launch.”

Japan is a relative latecomer to the world of microsatellite development—becoming involved in the 2000s—but has been rapidly catching up on its western rivals ever since. Britain has long led the field, with a University of Surrey spin-off company, Surrey Satellite Technology Limited, developing and delivering microsatellites, which measure between 30 centimeters and 70 centimeters, for 30 years. The United States, Germany and France are among other countries that develop miniature satellites.

Takahashi has been involved in the development of microsatellite payloads from the outset, becoming involved in the budding field about 15 years ago when he was teaching at Tohoku University—a school he had initially entered in pursuit of his childhood dream to become an astronomer. He quickly hit it off with Kazuya Yoshida, now an engineering professor at the university, and two other researchers (now associate professors) and their subsequent joint endeavors culminated in the 2009 launch of the SPRITE-SAT microsatellite (later called RISING).

As its original name suggests, Takahashi wanted to observe sprites, which occur at altitudes between 40 kilometers and 90 kilometers, much higher than thunderstorm-related lightning, which occurs at heights up to 15 kilometers.

While an assistant professor at Tohoku University, he became deeply interested in sprites after spending a winter in Antarctica observing aurora for his doctoral thesis. “I became so preoccupied with sprites that I wanted to take pictures of them from above, a scientific feat nobody had accomplished before,” he said.

Unfortunately, RISING stopped functioning shortly after it had carried out an initial test observation of the Earth.

Several months later, in August 2009, Takahashi took up a professorship at Hokkaido University.

His passion for capturing sprite images remained undimmed, however, and in collaboration with Tohoku University, he and his Hokkaido University team started developing RISING-2 (two associate professors and an assistant professor, all of Hokkaido University, were involved in developing the payload and bus). RISING-2 was successfully launched in 2014 and continues to send important data to the Earth.

RISING-2 does not take images of sprites, however.

As a result, Takahashi instead set out to observe farmlands, forests and oceans, using high-level sensing technology.

RISING-2 currently sends to Earth enormous amounts of data on vegetation and marine conditions; too much data, in fact, for the team to analyze. DIWATA-1 and RISESAT (Hodoyoshi-2), the latter another microsatellite set to be launched in fiscal 2018, are equipped with an advanced version of the SMI.

Our eyes are sensitive to a very narrow band of frequencies within the vast range of frequencies of the electromagnetic spectrum. The SMI is capable of detecting wavelengths (colors) that the human eye cannot perceive or distinguish from other shades, and can take images at 600 bands, which are generated by a tiny device measuring just 3 centimeters in length. It is far superior to an ordinary three-band (RGB) camera. 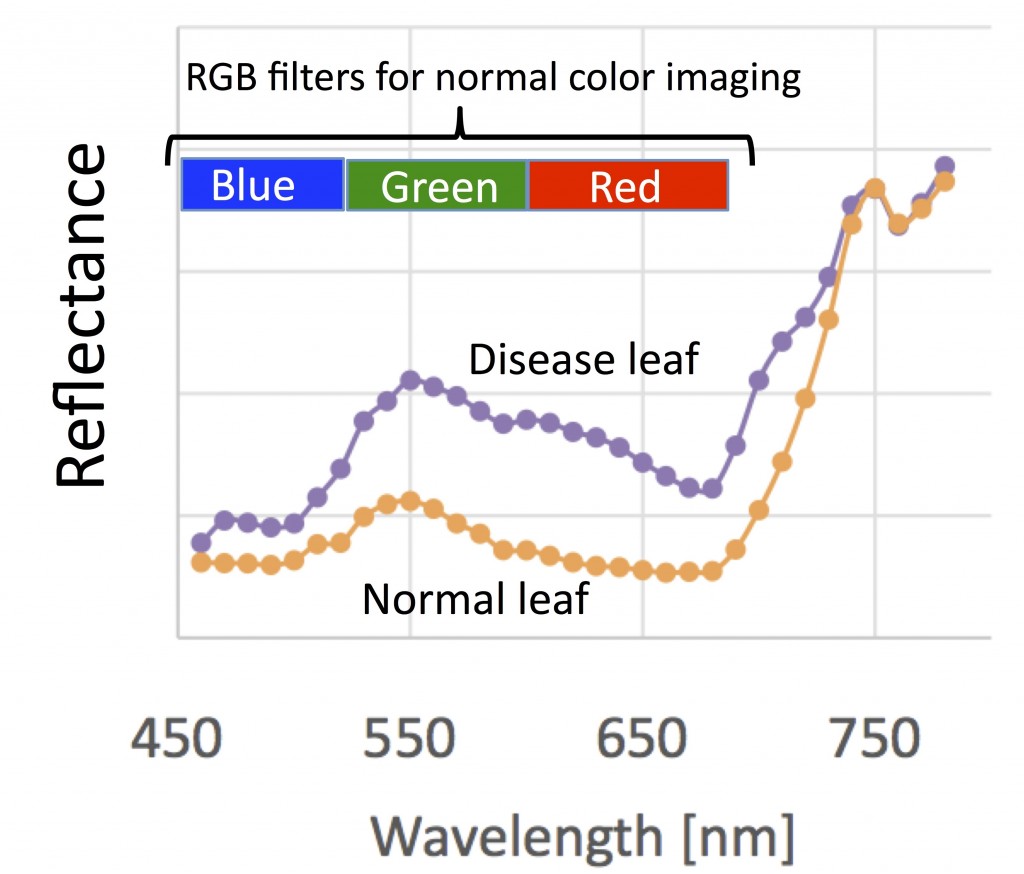 “Based on data from the SMI, we can tell if rice crops have blast infection before farmers can even detect symptoms, and we can pinpoint the location of squid shoals by studying the distribution of phytoplankton in the ocean,” he said.

Takahashi also said that the SMI may one day be used to address such menaces as global warming.

For example, fire is regarded as a necessary evil in the rejuvenation of forests. But recently, there have been more forest blazes than necessary in many parts of the world, the most serious being peatland fires in Indonesia, Alaska and Siberia. Peat emits vast quantities of carbon dioxide when burned. Some scientists now believe that forest fires around the world emit carbon dioxide in amounts similar to that generated by human activities.

“No one knows for sure, though,” Takahashi opined. “And we can’t take effective measures against global warming until we know exactly how many forest fires there are; the extent to which forests are burned down; and the amount of carbon dioxide emitted by the fires.

“As a first step, we have to discern the amount of carbon that accumulates in a given forest, the kinds and numbers of trees, and information about their locations. I think our microsatellites are pretty good at carrying out such tasks.”