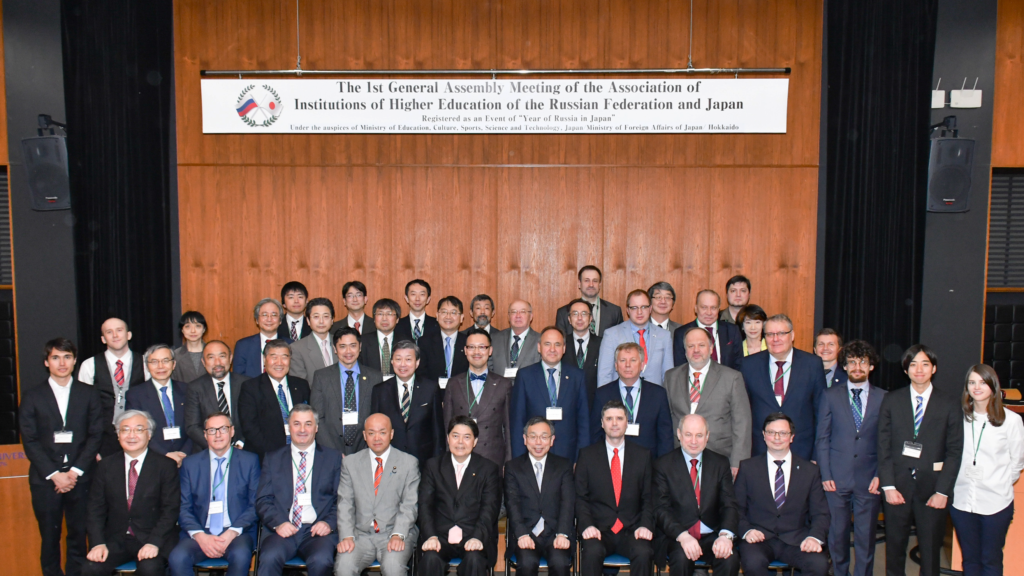 The 1st General Assembly Meeting of the Association of Institutions of Higher Education of the Russian Federation and Japan (the 7th Japanese–Russian Forum of Rectors) took place over the weekend of May 19th and 20th. The events were held as a part of the Human Resource Development Platform for Japan–Russia Economic Cooperation and Personnel Exchange (HaRP) at both the Conference Hall of Hokkaido University and Keio Plaza Hotel Sapporo.

The approximately 200 participants of the General Assembly Meeting included presidents and vice presidents from 21 Japanese and 11 Russian member universities, as well as non-member universities and business representatives with a strong interest in inter-university exchanges between the two countries.

After the speeches, three parallel sessions under the subtopics “Personnel Exchanges,” “Health and Medicine,” and “Regional Development” were held as well as the HU–MSU Round Table “Russian–Japanese Cultural Dialogue.” In each parallel session, exchange plans were introduced by each university and there were active discussions concerning the promotion of future inter-university exchanges. President Nawa and Rector Sadovnichy agreed upon a shared vision of a new era in Japan–Russia inter-university exchanges, and promised that both universities would lead the future of these exchanges together.

In the last part of the General Assembly Meeting, a communique was created based on the outcomes of the parallel sessions and the Japan–Russia Student Forum discussions. The results of these discussions included the establishment of the Committee for Personnel Exchanges between Japan and Russia, the Japan–Russia Student Union, and the Steering Committee for Specialized Sections. In addition, both sides agreed to promote transdisciplinary exchanges among young researchers, interdisciplinary research, and industry–academia collaborations. Finally, Moscow State University was confirmed as the host of the 2nd General Assembly meeting, to be held next year. President Nawa and Rector Sadovnichy approved all points presented in the communique in the official Signing Ceremony before members of the Assembly. 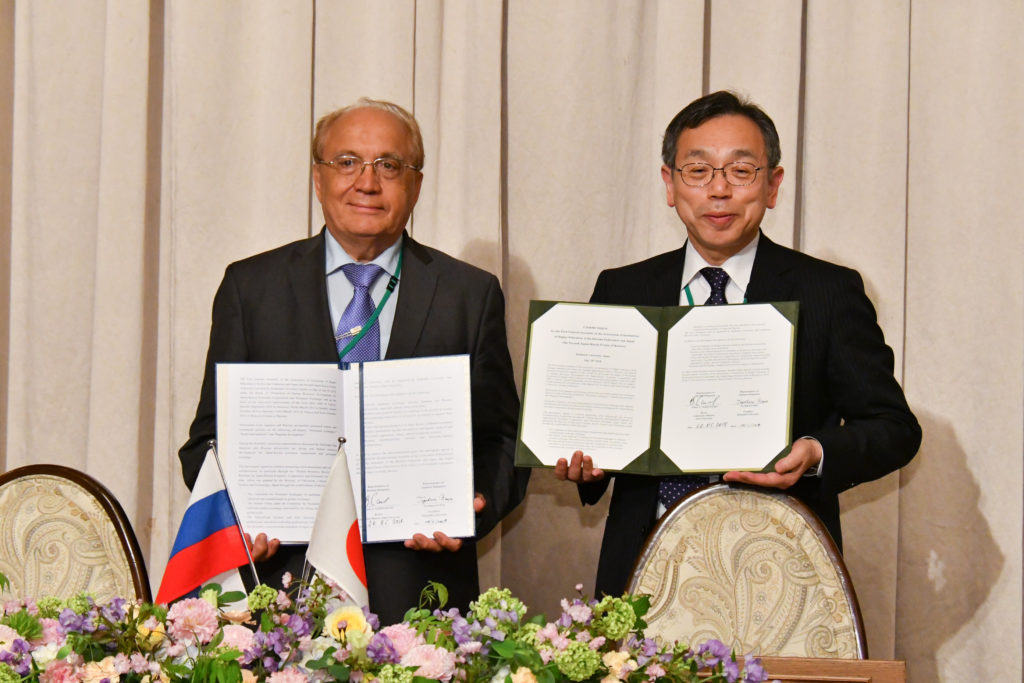 Coinciding with the General Assembly, the Japan–Russia Student Forum was held on May 18th and 19th in the Conference Hall of Hokkaido University. The purpose of the forum was to build mutual understanding and friendly relations through student exchanges. 34 students in total from Japan and Russia participated in the forum and earnestly discussed the proposed Japan–Russia exchanges for many hours. During the General Assembly Meeting on the 19th, student representatives from Japan and Russia presented the outcome of their discussions to General Assembly participants MEXT Minister Yoshimasa Hayashi and Russian Consul Roman Kolesnik. The students proposed the establishment of the Student Union, which was agreed upon and praised by both the Minister and Consul. 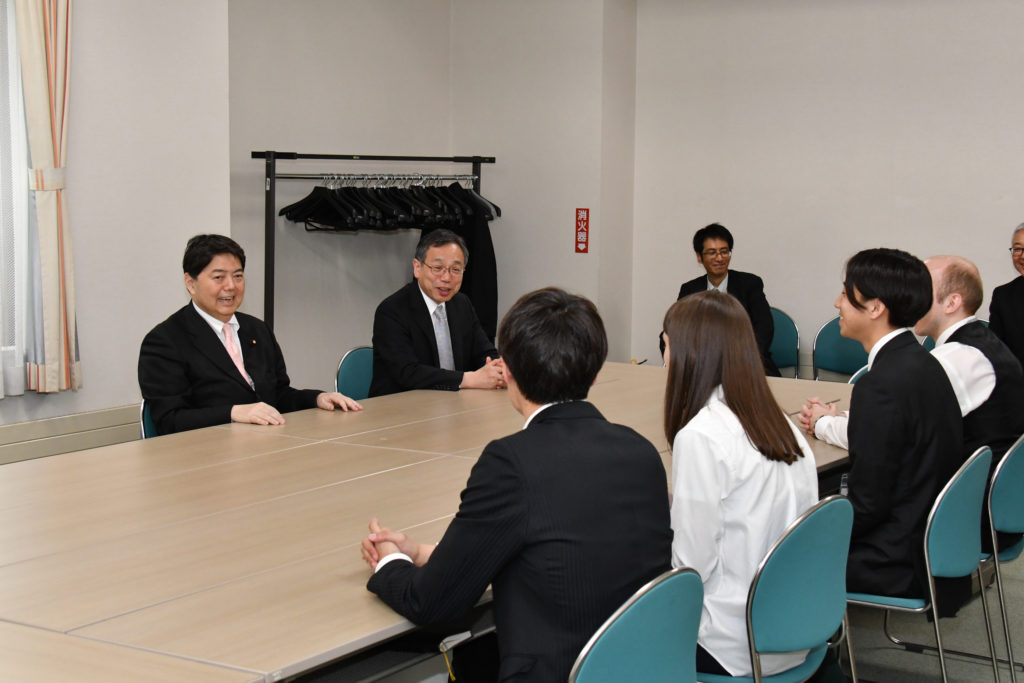 Finally, Rector Sadovnichy was awarded an honorary degree from Hokkaido University on May 19th to honor his achievements for contributions to personnel and academic exchanges between both countries, his exchanges with Hokkaido University, and for his assistance in the establishment of the Association as well as the implementation of the General Assembly.