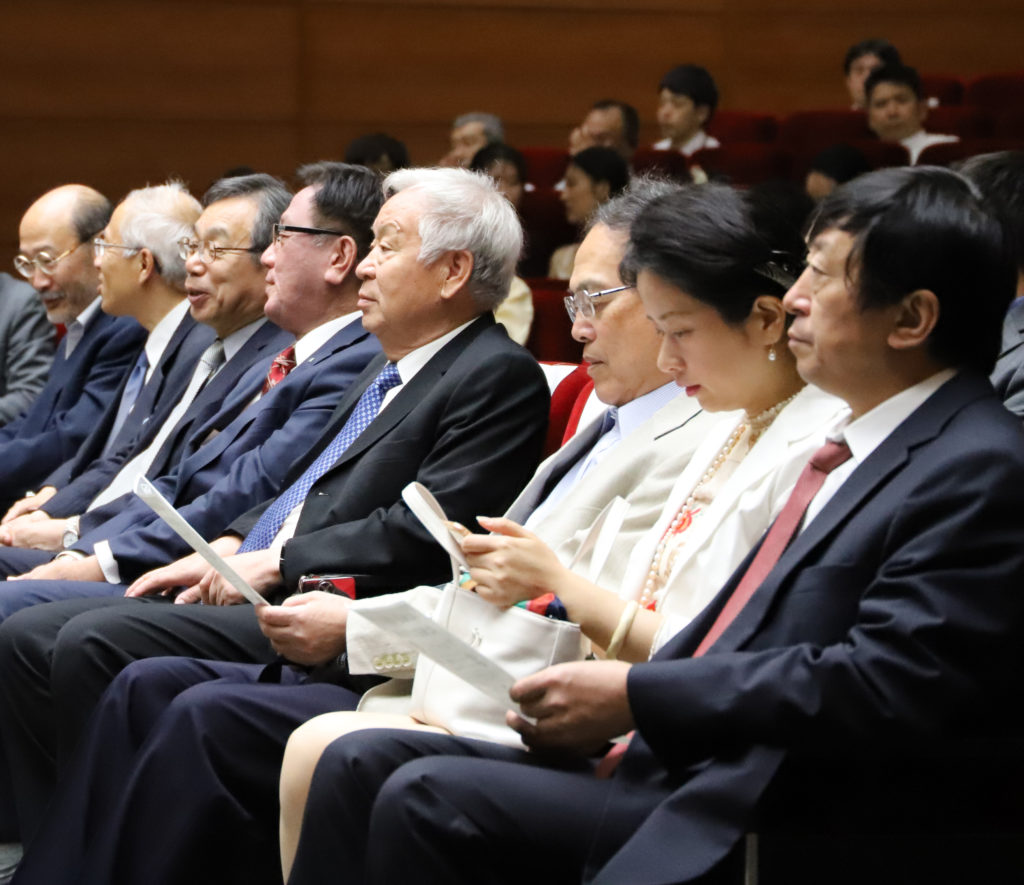 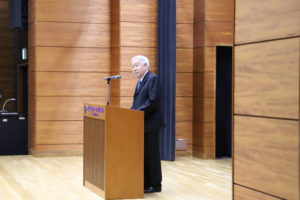 The forum, co-sponsored by Tsinghua University, Hokkaido University, and the Hokkaido Prefectural government, corresponds with both the 150th anniversary of the naming of Hokkaido University and the 40th anniversary of the signing of the Treaty of Peace and Friendship between Japan and China. More than 130 people gathered to consider the topic of “beautiful farming villages and bountiful living,” an idea that Chinese President Xi Jinping has been advocating in China. Attendees learned about how this idea is being promoted in China as well as about the efforts that key players in Hokkaido are undertaking for local farming communities.

During the forum, students of both universities had the opportunity to perform for the attendees and participate in cross-cultural exchange activities. Students from Tsinghua University performed traditional Chinese music, while members of the Hokkaido University Yosakoi dance group “En” also performed. In addition, a group of 60 Tsinghua University students visited parts of Japan, including Tokyo and Sapporo, to take part in a Japan–China forestry and tree-planting international research project.

This is the first time that President Gu has visited Sapporo since 2012. At the start of his visit, he and Hokkaido University President Nawa met with Hokkaido vice-governor Yasuhiro Tsuji, where discussions were held about the history of collaborations between Hokkaido University and Tsinghua University, improving relations between academia, industry, and government, and the significance of contributions to industrial policies and growth. In addition, Professor Shunsuke Yanagimura of the Research Faculty of Agriculture presented on the characteristics and future of farming villages in Hokkaido.

Tsinghua University is one of the leading universities in China and has produced generations of leaders and globally oriented graduates. Tsinghua University and Hokkaido University signed an inter-university exchange agreement in 2008 to foster deeper collaborations between the two institutions.