How the brain ‘mentalizes’ cooperation 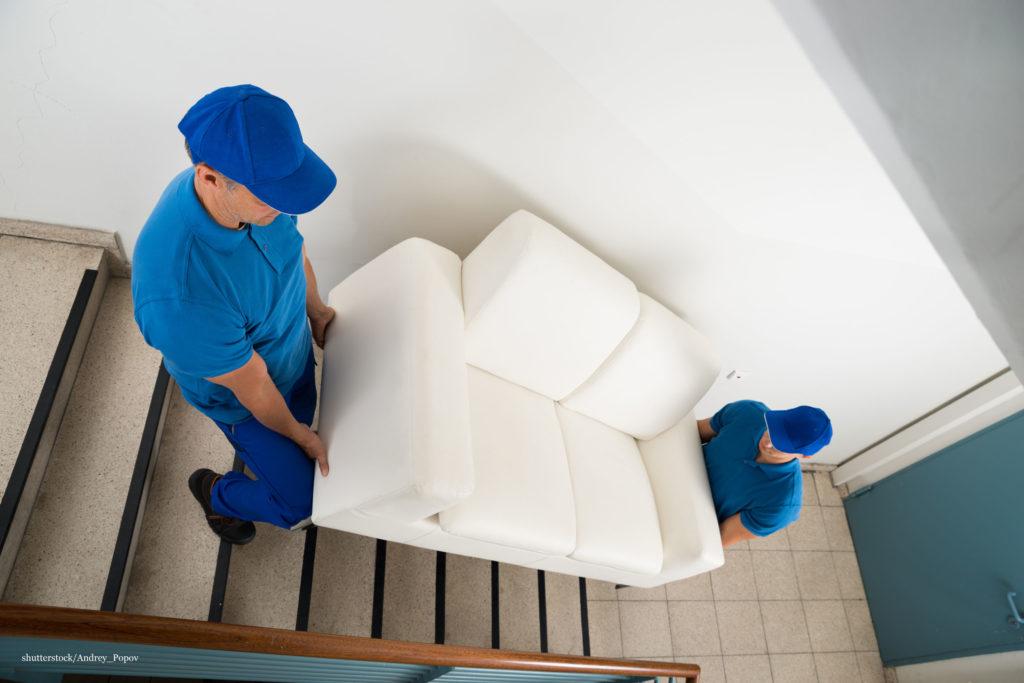 Researchers identify a part of the brain that helps execute cooperative tasks.

What parts of your brain are involved in gauging a friend’s actions and adjusting your own; for example, when you both carry a couch up a flight of stairs?

Researchers in Japan have found that part of the right side of the brain, called the temporoparietal junction, is significantly activated when two people cooperate together to achieve a common goal.

Previous studies suggest two parts of the brain are involved in social cognition: the mirror neuron system, a circuit of nerve cells that turn on during social interaction, and that can be defective in conditions such as autism; and the mentalizing system, several brain regions involved in understanding other people’s intentions.

Masaki O. Abe of Hokkaido University and colleagues in Japan were interested in finding out what parts of the brain were specifically involved in facilitating cooperative tasks. They designed an experiment to find out, which was recently described in the journal NeuroImage.

In the cooperative task in the experiment, two people were placed inside separate functional MRI (fMRI) machines to have their brains scanned while they tightened their grip around a sensor device. The device was connected to a monitor inside the fMRI machine that showed two cursors, one for each person, moving along a line. The two people were told to align the cursor on the screen by adjusting their grip on the sensor device and matching their average grip strength, or force, to a target. The way the experiment was designed meant that each person had to predict the grip force exerted by the other person and to adjust their grip accordingly.

Experimental setup: subjects were placed into two fMRI scanners and attempted to align the cursor shown on their displays by adjusting the amount of force they applied to a grip strength tester. (Abe M. O. et al., Neural correlates of online cooperation during joint force production, NeuroImage, February 7, 2019.)

In addition to the cooperative experiment, participants were asked to individually perform a similar task in which they were told to exert the force necessary to move their cursor to the target location, and also to simply observe a pre-recorded performance of the task without exerting any force. This revealed the brain regions activated during individual versus cooperative tasks, as well as tasks involving engagement versus only watching.

An MRI 3D rendered image of the brain highlighted to show regions that were significantly activated during the cooperative experiment compared to the individual experiment. The brain regions involved are called ‘mentalizing systems’ that infer others’ goals, intentions, and beliefs. (Abe M. O. et al., Neural correlates of online cooperation during joint force production, NeuroImage, February 7, 2019.)

The team found that the cooperative task activated brain regions related to the mentalizing system. In addition, they found that specific activation of the anterior part of the right temporoparietal junction, located where the temporal and parietal lobes of the brain meet, significantly and positively correlated with the degree of cooperation during the joint task. The anterior part was also found to fire off information to its posterior part.

The results suggest, together with those of previous studies, that the right temporoparietal junction is involved in controlling the flow of information about cooperative tasks to the mentalizing system, the researchers conclude. 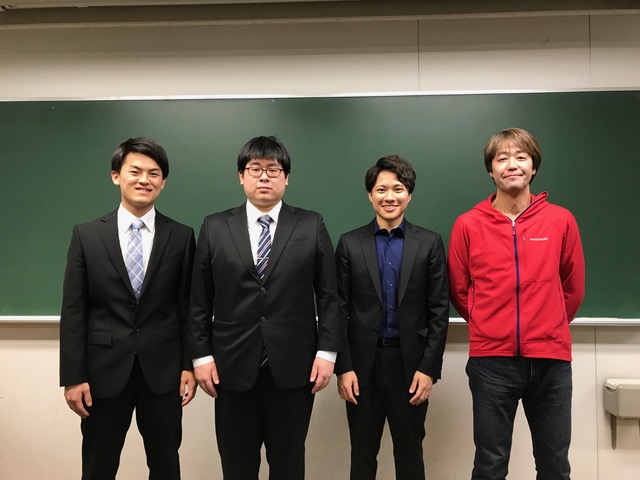 Associate Professor Abe (right) with graduating students from his laboratory.

This work was supported by CREST from the Japan Science and Technology Agency, Grants-in-Aid for Scientific Research (15H01846, 24700608, 15H05875) from the Japan Society for the Promotion of Science, the Cooperative Study Program of the National Institute for Physiological Sciences, and the Japan Agency for Medical Research and Development (JP18dm0107152).

Motion-Oriented Assistant Systems for Our Life