HPV vaccine hesitancy in Japan could result in 5,000 additional death 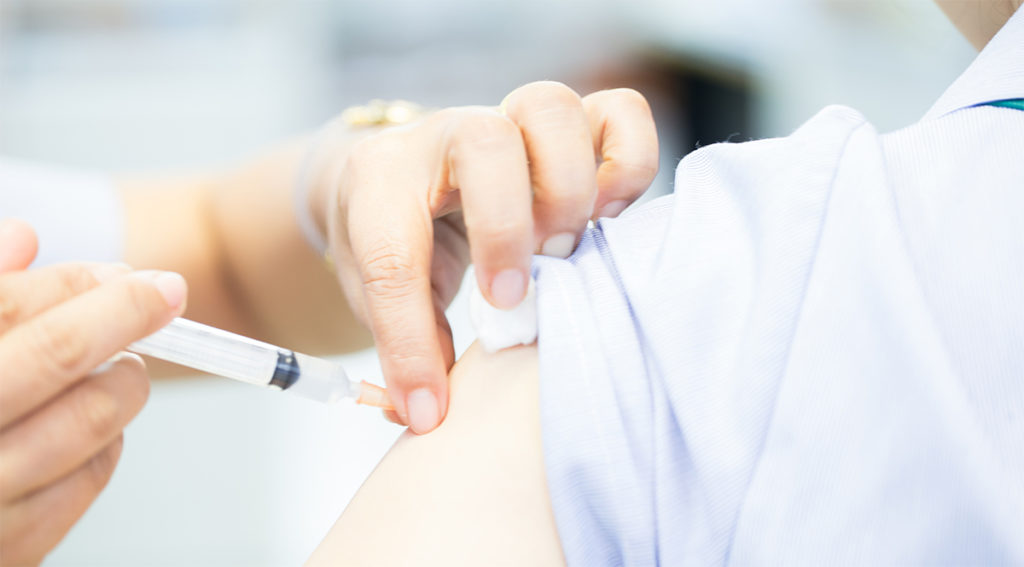 The precipitous drop in HPV vaccination rates after suspension of proactive recommendations by the government in 2013 could result in an additional 25,000 cervical cancer cases and more than 5,000 additional deaths among females born between 1994 to 2007 in Japan. However, swift action by the government could mitigate much of this damage according to a study in Lancet Public Health.

Persistent infection with one or more high-risk human papillomavirus (HPV) type can lead to the development of cervical cancer. The HPV vaccine has been available since 2006.  Free vaccination for girls aged 12-16 years began in Japan in 2010, and in April 2013, the vaccines were included in the national immunisation programme. Two months later, proactive recommendations for the vaccines were suspended following unconfirmed reports of adverse events that were later found to be unrelated to vaccination, but extensively covered in the media. Coverage fell from more than 70% to less than 1%, where it remains as of February 2020.

A joint study by researchers at Hokkaido University and Cancer Council New South Wales used mathematical modelling to quantify the impact of the drop in coverage to date.  “In January 2019, the World Health Organization listed vaccine hesitancy as one of the top ten threats to global health,” says Dr. Sharon Hanley, one of the study’s co-authors. “However, no study has estimated the detailed health impact of HPV vaccine hesitancy in Japan.”

By using Japanese epidemiological data on HPV prevalence, screening coverage, and cervical cancer incidence and mortality, the group estimated additional cancers that will be diagnosed and lives that will be lost, as well as the potential health gains if coverage were restored. Various recovery scenarios were simulated.

The group found that an additional 25,000 cervical cancer cases and more than 5,000 additional deaths among females born between 1994 to 2007 could occur over their lifetime compared to if coverage had remained at 70% rate.

If coverage of less than 1% were to continue, around 60,000 preventable cases and 10,000 preventable deaths due to cervical cancer could occur in Japan over the next 50 years, compared to if uptake had remained at 70%.

“Our research illustrates the significant intermediate and long-term cost of HPV vaccine hesitancy in Japan, but the good news is, it also shows that much of the damage could be mitigated if high-level political support for HPV vaccination was restored and proactive recommendations reinstated.” the researchers conclude. 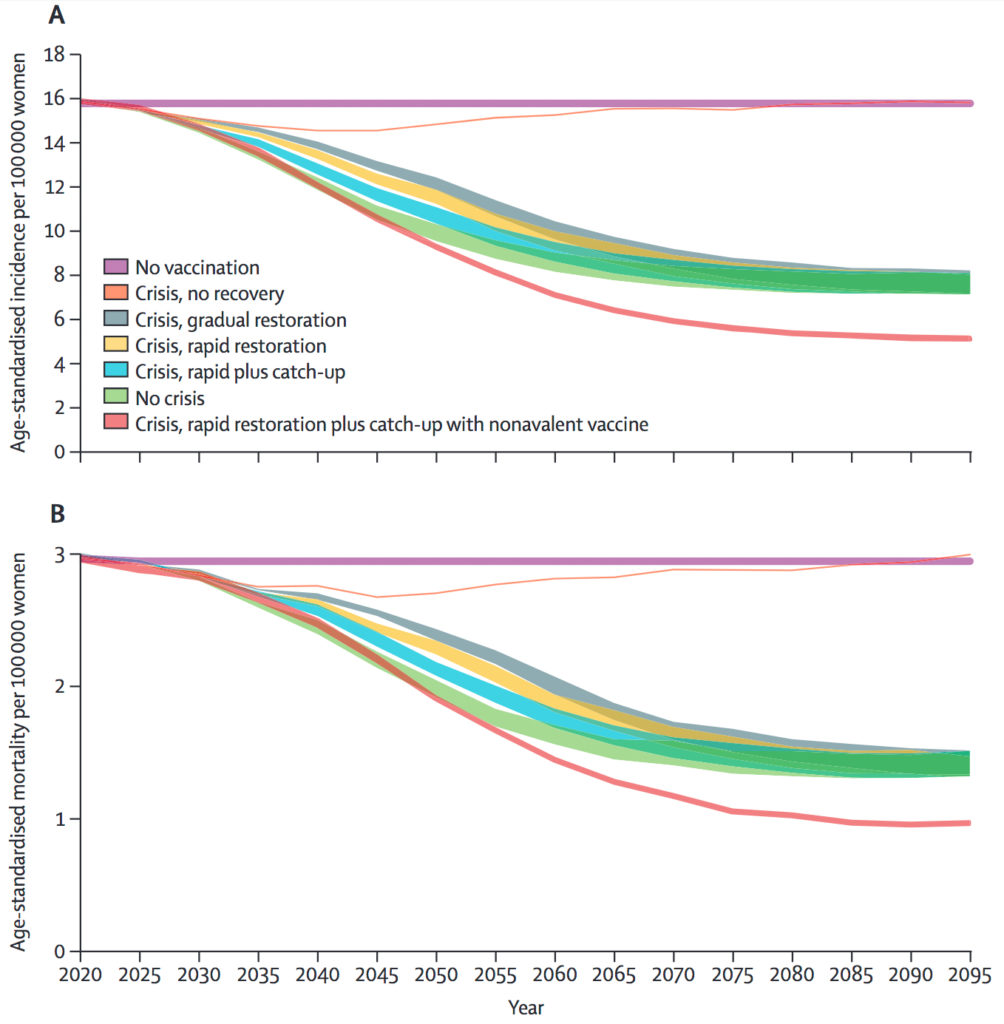 Impact of the vaccine crisis and potential recovery scenarios from 2020 to 2095 on age-standardised cervical cancer incidence (A) and cervical cancer mortality (B). (Kate T Simms et al., The Lancet Public Health. February 10, 2020)

This study was supported by the National Health and Medical Research Council Australia Centre of Research Excellence in Cervical Cancer Control (C4; 1135172) and a grant-in-aid from the Japan Society for the Promotion of Science (16K15367).