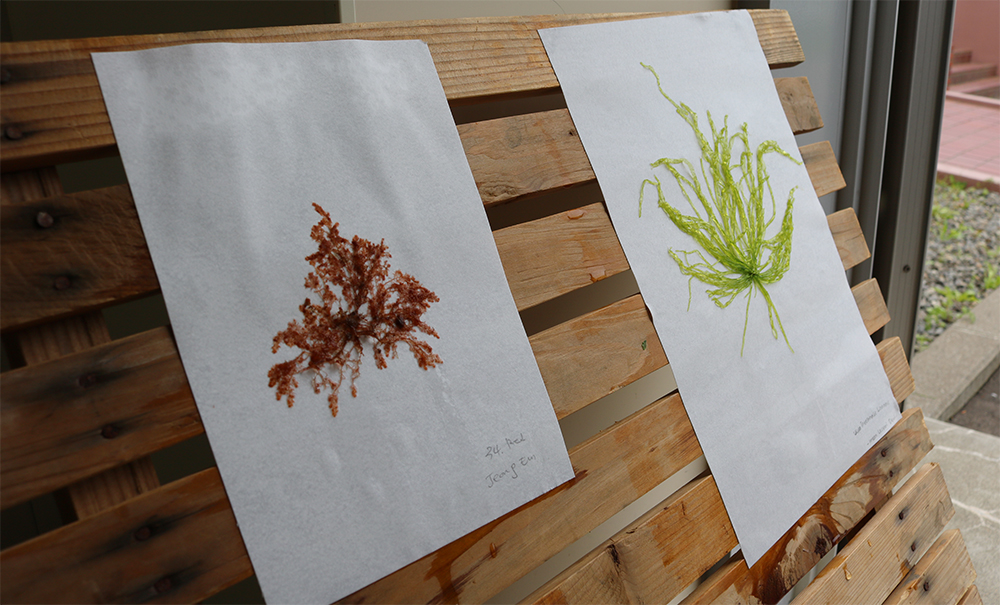 Red and green algae collected by participants in the HSI course “Integrated Marine Biology and Ecology I” near the Muroran Marine Station.

“Algae is an untapped group of organisms full of mysteries and surprises,” says Professor Taizo Motomura, director of Hokkaido University’s Muroran Marine Station. “Until recently, studies of algae have been relatively lacking, whilst land plants and animals have been studied intensively by scientists.”

To provide students with current knowledge of algal biology and marine ecology as well as the cutting-edge technical skills for those fields, the “International Course on Integrated Maine Biology and Ecology I” was conducted at the Muroran Marine Station between July 12th and 17th as part of the Hokkaido Summer Institute (HSI). Eleven students from Korea, China, Indonesia, New Zealand and Australia participated in the fieldwork-centered program. The course was joined by two specialists, Associate Professor Gregory Naoki Nishimura from Nagasaki University and Assistant Professor Atsuko Tanaka from University of the Ryukyus, to cover various methodologies in subjects ranging from cell biology to marine ecology.

“Our marine station is located in Muroran City, where a cold current and a warm current meet off the shore. This is advantageous, because it allows us to study diverse organisms brought by the two currents,” says Associate Professor Chikako Nagasato, who organized the course.

Algae is a large group of photosynthetic organisms ranging from single-cell species to giant seaweeds over 50 meters in length. “Algae are responsible for a large part of the primary production on the earth including 40-50% of oxygen in the atmosphere, and therefore have broader implications for the environment than one might think,” said Nagasato in her lecture on the first day.

Motomura then introduced the unique characteristics of algae and explained their reproductive processes. “Algae produce chemo-attractants or use sunlight near the sea surface as attractant, so they can meet each other in the boundless ocean. However, the molecular mechanisms behind such chemotaxis and phototaxis are largely unknown.”

On the second day, students and researchers went out to the nearby shore to collect algae samples. Assistant Professor Kensuke Ichihara mentioned, “Around one hundred algae species can be found in this area alone,” and demonstrated how to distinguish different species. Participants then prepared dried specimens, which is a simple yet conventional way of preserving algae. Scientists can extract DNA from dried specimen decades after it was collected.

During the course, participants also received firsthand experience using various methodologies such as Thin Layer Chromatography to separate pigments from the samples, Transmission Electron Microscopy to observe cellular structures, and Fluorescent Microscopy to observe molecules in the cells. Participants also learned how to conduct an ecological survey to investigate vertical distributions of algae and their relation to environmental factors such as seawater temperature, tide, and light.

Je Jin Jeon, a participant from Korea, said “I study Pyropia, a type of seaweed, and I’m trying to find a way to prevent it from contracting a fungal disease. I was particularly interested in learning the sample preparation method for Transmission Electron Microscopy from the researchers in Muroran who have special expertise in it.” Intan Lestari Dewi from Indonesia said “I am researching fungi that could be used to remove pollutants from water. I joined this course to find something new that could be applied to my research. I’m so grateful to the researchers here for the great effort they have gone through to create this program.” 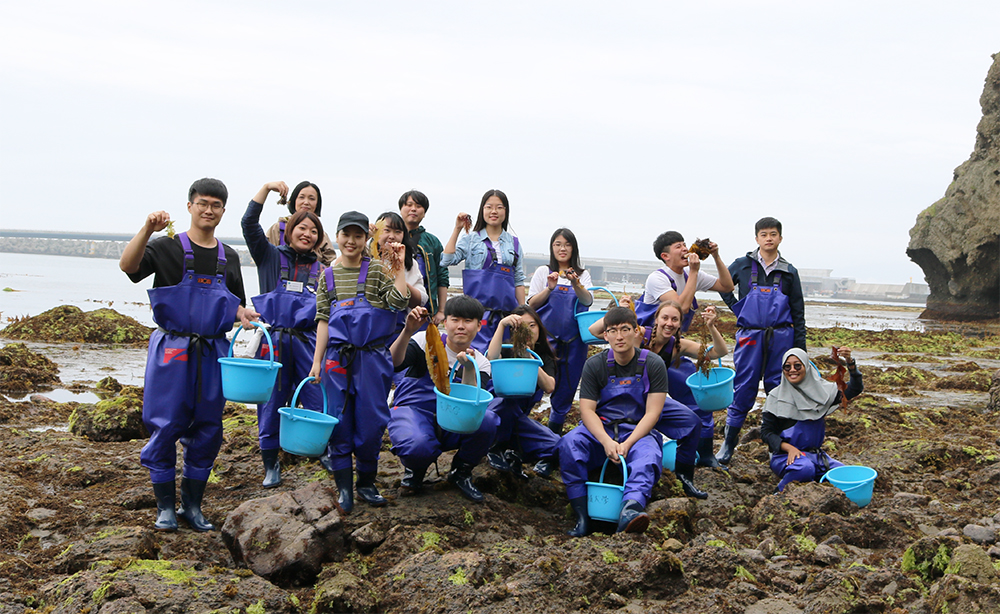 Participants and the instructors at the seashore.