Millions of molecules or more are moving around in a single cell to build up cellular structures and trigger chemical reactions. Their collective activities form cells, tissues, organs, and eventually our lives.

Since the first microscope was invented in the late 16th century, philosophers and scientists have been captivated by biological architectures and phenomena under the microscope. Their uninterrupted passion to “see the invisible” has advanced microscopes to what they are now. Microscopes nowadays can do far more than magnify. 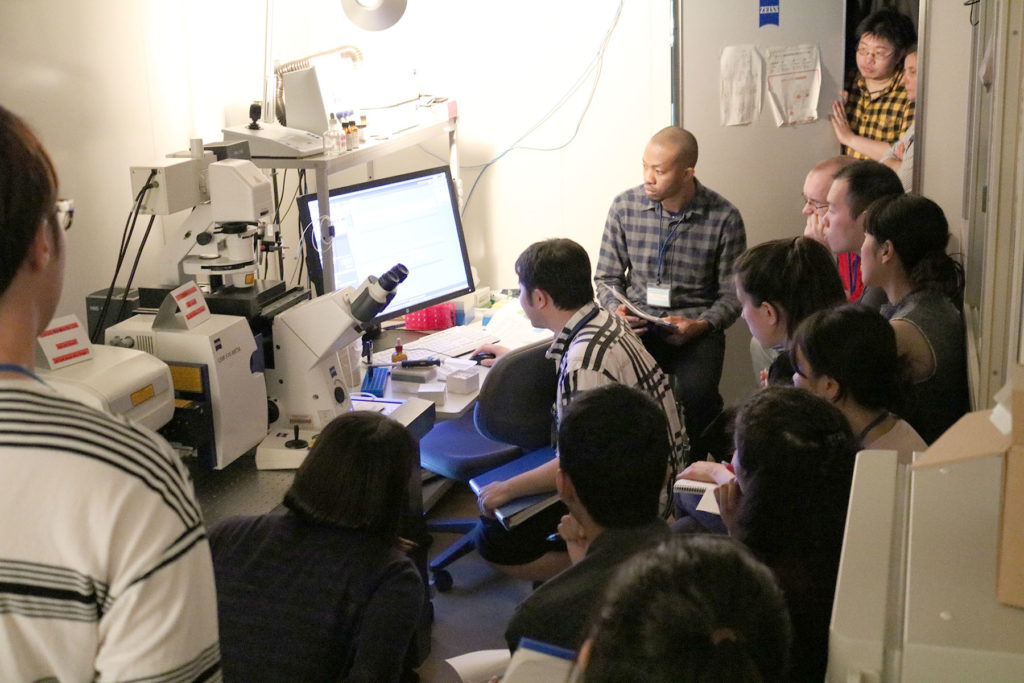 Participants learning how to operate a Confocal Laser Scanning Microscope during practical training.

From July 24th to 30th, as part of the Hokkaido Summer Institute (HSI), a series of courses took place to introduce cutting edge bio-imaging methodologies using special microscopes such as the Confocal Laser Scanning Microscope. The courses combine lectures and practical trainings in the lab instructed by internationally renowned scientists, and have attracted a number of grad students, including ones from overseas.

The program focuses in particular on the methodology called Fluorescent Correlation Spectroscopy (FCS) by which scientists can track and quantify the movements and interactions of molecules in living cells with single-molecule sensitivity. The program covers other related methodologies such as FCCS and FRAP that are often used to investigate biological mechanisms. 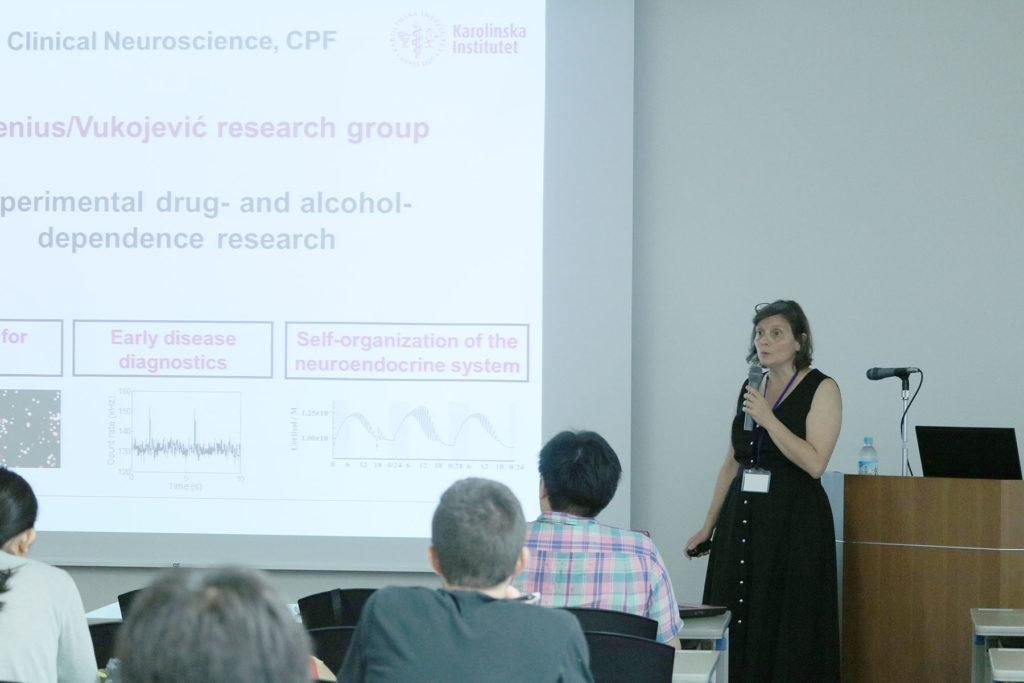 Professor Masataka Kinjo of Hokkaido University who organized the program says “When those microscopes were introduced to the labs around 15 years ago, only a few people knew how to utilize them in biological experiments. So, we started a workshop in 2003 jointly with Osaka University to let grad students learn the technology. Two years ago, we opened this course as part of the HSI to invite students from overseas as well.”

One of the participants, Harikrushnan Balasubramanian from the National University of Singapore, says “We are an FCS-based lab and I wanted to learn the basics of the technology so that I can use it to study the dynamics of the membrane protein called Epidermal Growth Factor Receptor (EGFR). This course is comprehensive and yet very intense. I have never seen such a program dedicated to this particular subject.” Amrita Kumari from the Regional Center for Biotechnology in India says “I work on the dynamics of motor proteins during cell divisions. I wanted to learn FCS and other methodologies to apply them to my research in the future.”

Another participant, Svetlana Jovanic from the University of Belgrade, says “I met Dr. Kinjo when I was visiting Karolinska Institutet in Sweden and got fascinated by his work and methodologies.* I will stay in his lab for another week to discuss how to utilize those methodologies in studying the molecular pathology of ALS (Amyotrophic lateral sclerosis).”

*A part of the program at Karolinska Institutet was held as one of Hokkaido University’s Learning Satellite Programs. 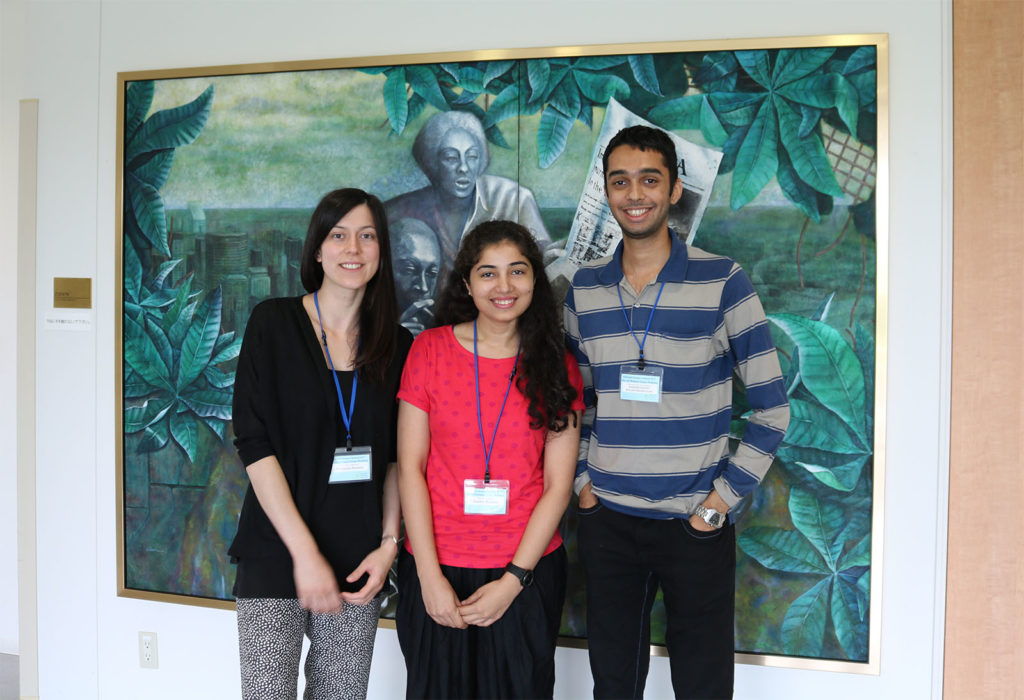 From the left, Svetlana Jovanic from the University of Belgrade, Amrita Kumari from the Regional Center for Biotechnology, and Harikrushnan Balasubramanian from the National University of Singapore