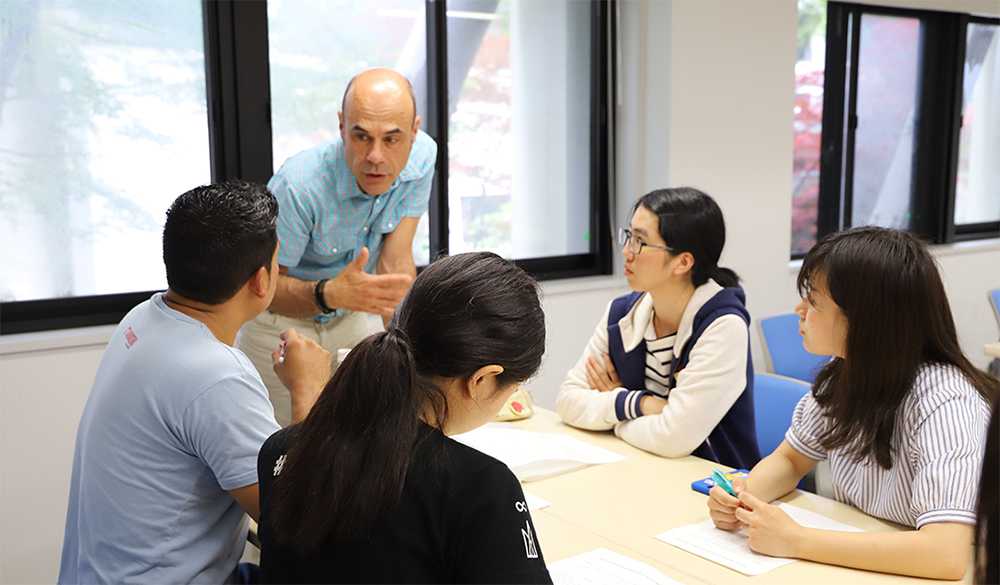 Ramon Serrat of Barcelona University discussing the course topics on the first day.

The number of tourists traveling across borders is ever expanding and expected to reach 1.8 billion people per year by 2030. “Some areas are overwhelmed by tourists and the local populace do not want to have more. That’s how powerful tourism is,” says Associate Professor Yusuke Ishiguro of Hokkaido University.

As part of the Hokkaido Summer Institute (HSI), Ishiguro organized the course “Multicultural coexistence in tourist destinations” to discuss inbound tourism and its influence on local culture or itself. He was joined by three other experts, Associate Professor Yohei Fujino and Assistant Professor Svetlana Paichadze of Hokkaido University, and Ramon Serrat of Barcelona University to teach the five-day course held between July 4th and 8th, which was attended by eight students from China, Taiwan, Guatemala, Ecuador and Japan.

Yusuke Ishiguro (left) giving an introduction to the course on the first day and Svetlana Paichadze (right) lecturing on the history of Sakhalin on the second day.

On the second day, Fujino talked about how “national identity” is expressed differently at museums in Taiwan; The Armed Force Museum emphasizes Chinese identity and the unification of the country while The Green Island Human Rights Cultural Park represents Taiwanese identity and focuses on political prisoners during the White Terror. “People in Taiwan choose which museum to go based on their political stance,” said Fujino. Paichadze then briefly introduced the complex history of Sakhalin island, or Karafuto in Japanese, where populations of Ainu and other indigenous people, Japanese, Korean, and Russian people coexisted as a result of WWII. Paichadze also mentioned how museums in Sapporo and Sakhalin depict history differently. 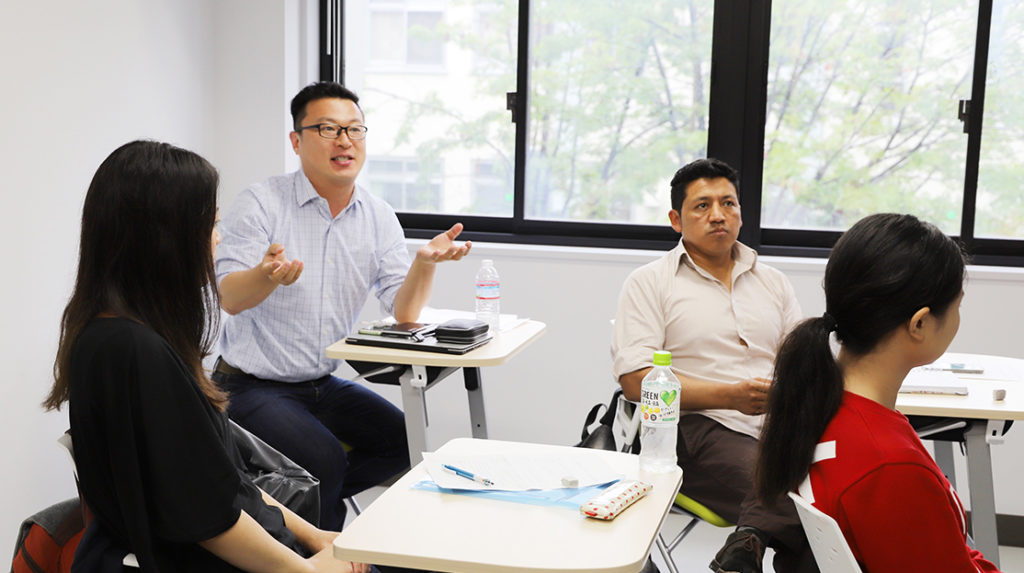 Yohei Fujino answering questions after his lecture on the second day.

Drawing from political scientist Benedict Anderson’s theory, Fujino said “Government uses ‘Census, Maps, and Museums’ to shape national identity and form the image of the nation.” Serrat added, “Generally speaking, after WWII, museums in Europe have provided unbiased facts so that visitors can think for themselves.” They also discussed how an increase in foreign tourists can influence the management and exhibitions of local museums.

On the following day, Serrat lectured on the strong relationship between tourism and culture, and how to manage the possible conflicts arising from the presence of high numbers of visitors in inhabited and often fragile cultural sites.

Afterwards, students took a field trip to Niseko, one of the most multicultural areas in Japan, to learn firsthand the benefits and challenges of multicultural coexistence at tourist destinations. 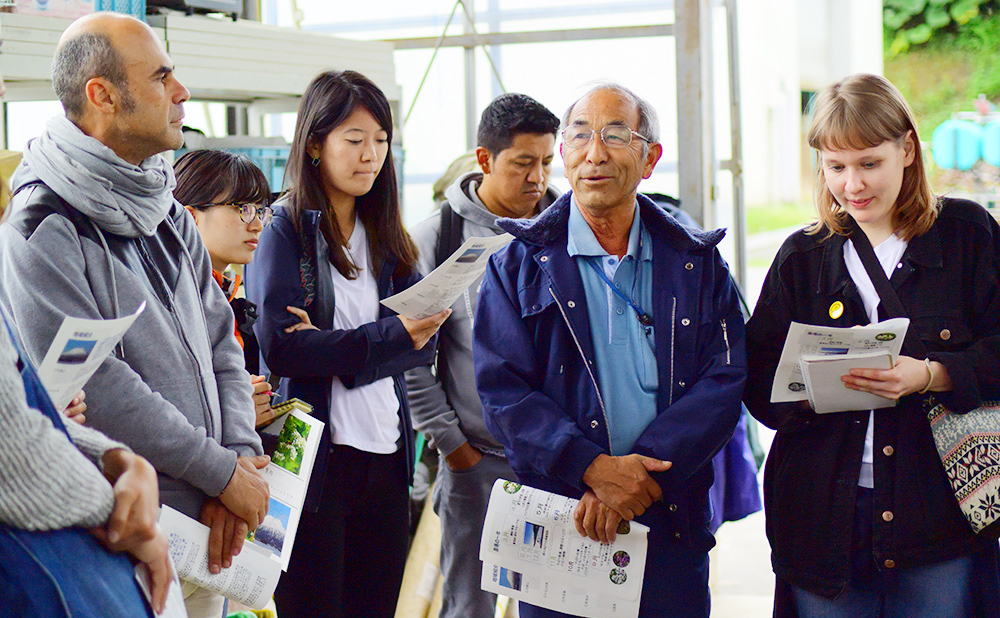 Mr. Seiichi Sode, who runs a farming corporation “Farmtopia” in Niseko area, explains how they work with foreign trainees and employees to contribute to the local economy.

Liu Xiaotong, who studies tourism at Nankai University in China, said “Tourism involves a lot of different angles such as sociology, economics, culture and people, and that’s why I became interested in studying it. I enjoyed this course and learned the importance of understanding tourism in an international and multicultural context.”